I wonder how else that could have gone?

As an adult you may sometimes find yourself in awkward situations and unfamiliar locales, and this can be kind of unsettling to most people. One Night Stand from developer Kinmoku is a game that seeks to put the player directly into one such situation, a one night stand—hence the name. A one night stand is something that many individuals have some experience with, whether it’s through experiencing one themselves or by viewing media that has portrayed the concept over and over. Kinmoku attempts to take the overall awkwardness of the whole thing and turn it into an interesting narrative that will keep you coming back at least a few times to learn more. Is it successful in this? Overall, I’d say yes. 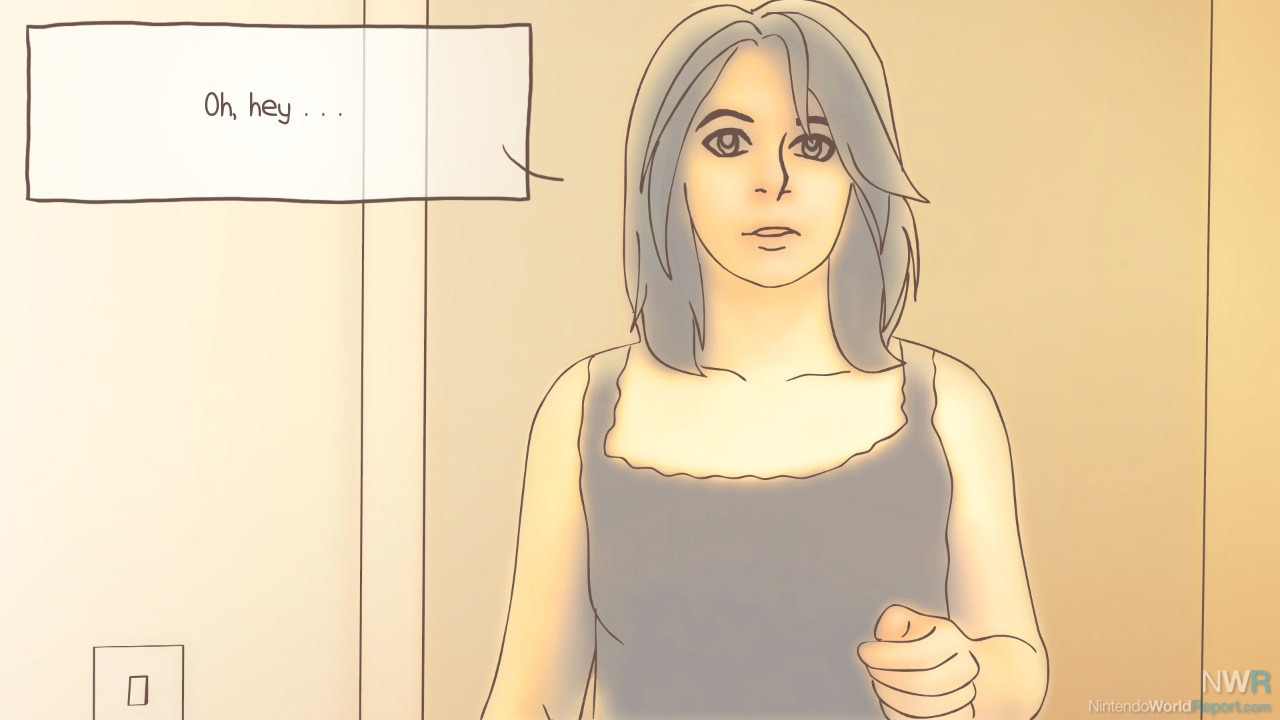 In One Night Stand, you play as a man who has woken up with an incredible hangover after a long night of drinking way too much. Your phone is dying, your friend says you abandoned him the previous night, and you don’t remember anything that happened. Most importantly, however, you’re not in your house and you’re not in your bed. Lying next to you is a woman, but you don’t remember how you got to be in her bed or even what her name is. As the game progresses, you must look around her room not only to solve the mystery of what happened the previous night but also to potentially learn about the person you spent the night with.

There’s really not much to One Night Stand’s gameplay. Once the mysterious woman wakes up, she will bound out of the room as fast as she can, giving you a small amount of time to look around the room for potential clues as to what happened or what kind of person she is. All of this is accomplished through your usual point and click gameplay and allows you to learn all sorts of things, from her name and what kind of books she reads to details about her family. This information will come in handy when she re-enters the room since at that point the game becomes more in line with a visual novel, with dialogue between her and the player character and choosing dialogue options to continue the conversation. Depending on the information you found while she was out, this dialogue will change, putting you on the path to different endings.

A run of One Night Stand is incredibly short, ending in just under ten minutes (or less if you decide to be a jerk). There are a total of twelve different endings that can be achieved, all of which can be rewatched through a gallery function. These endings range from agreeing to see each other again to getting thrown out on the street without any clothes on. While for some the repeating of information in each run can get a tad stale, you may find yourself interested in seeing what else you can learn about this woman and see where that information takes you. For me, at a certain point learning what happened the previous night became a secondary goal as I gained more interest in learning about this brand new person in my life. Those who don’t enjoy more narrative driven games likely won’t find much enjoyment in One Night Stand, but those who do should find it to be a wonderfully awkward and sweet experience.