The Ninja Saviors: Return of the Warriors (Switch) Review

A fun but by-the-numbers brawler trapped in the shadow of its history.

The Ninja Saviors: Return of the Warriors is actually a remake of The Ninja Warriors, which came to the SNES in 1994 and is itself a remake of a 1987 arcade game of the same name by TAITO. The 2019 release, like the ones before it, is a side-scrolling brawler starring android ninjas, who are tasked with taking down the maniacal Banglar and his army of human, alien, and robotic troops. While it doesn’t reinvent the wheel, it’s a brisk but enjoyable experience that fans of the genre will want to savour.

Return of the Warriors begins with the player choosing between one of three characters, with two additional ones that can be unlocked. Ninja is the big, bulky “Haggar-like” character who is a great choice for newer players because of his wide attack range and dash ability. Kunoichi is small and fast, but can do jumping slash attacks that allow her to get above the fray. Kamaitachi represents a middle ground between the other two characters, and seems to be the toughest to use. I found boss fights pretty challenging until I switched to Ninja, and my playthrough with him was definitely the smoothest. Fortunately, you have unlimited continues that take you back to the beginning of the last screen you entered. 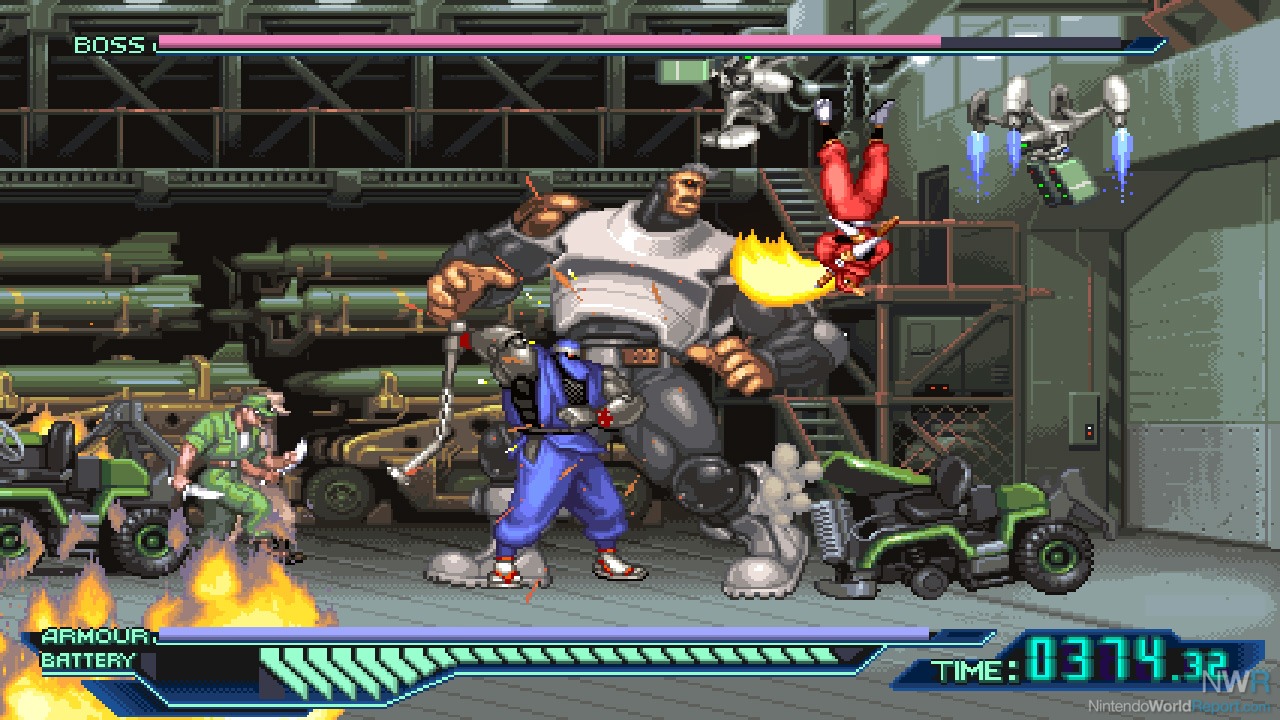 Your character has an armor meter that acts as their life meter, and a battery meter that gradually fills up and allows you to perform special attacks. Armor refills aren’t overly plentiful, so you have to be a little cautious that you don’t dive into groups of enemies with reckless abandon. When your battery meter is full, you can activate a screen-clearing blast that damages and knocks down all enemies on screen, but unfortunately it’s basically the same ability for every character. With just a partial charge of battery, you can perform attacks that are unique to each character and these can be effective against bosses and enemies that can’t be damaged with basic attacks. Managing the battery meter is actually a very neat part of the experience since you aren’t punished for using the abilities that require it. The moveset for each character is actually pretty impressive and definitely encourages playing through the eight stages multiple times, but that doesn’t excuse the fact that you’re still replaying the same areas over and over.

What Return of the Warriors lacks in length, it makes up for in presentation. The high-resolution pixel graphics are gorgeous and the music is pretty solid. That said, gameplay is a little on the boring side. The characters move very slowly on screen, and there is no North/South movement; you can only move left and right or jump up in the air, unlike Streets of Rage, for example. Enemy variety is also a little wanting, but the boss fights are generally good. Completing all eight stages on normal mode unlocks a hard difficulty, the first extra character Yaksha, and the ability to turn on the original arcade music, but unless you’re into replaying the same areas to achieve a faster clear time or try out the different characters, there’s not a lot else here. 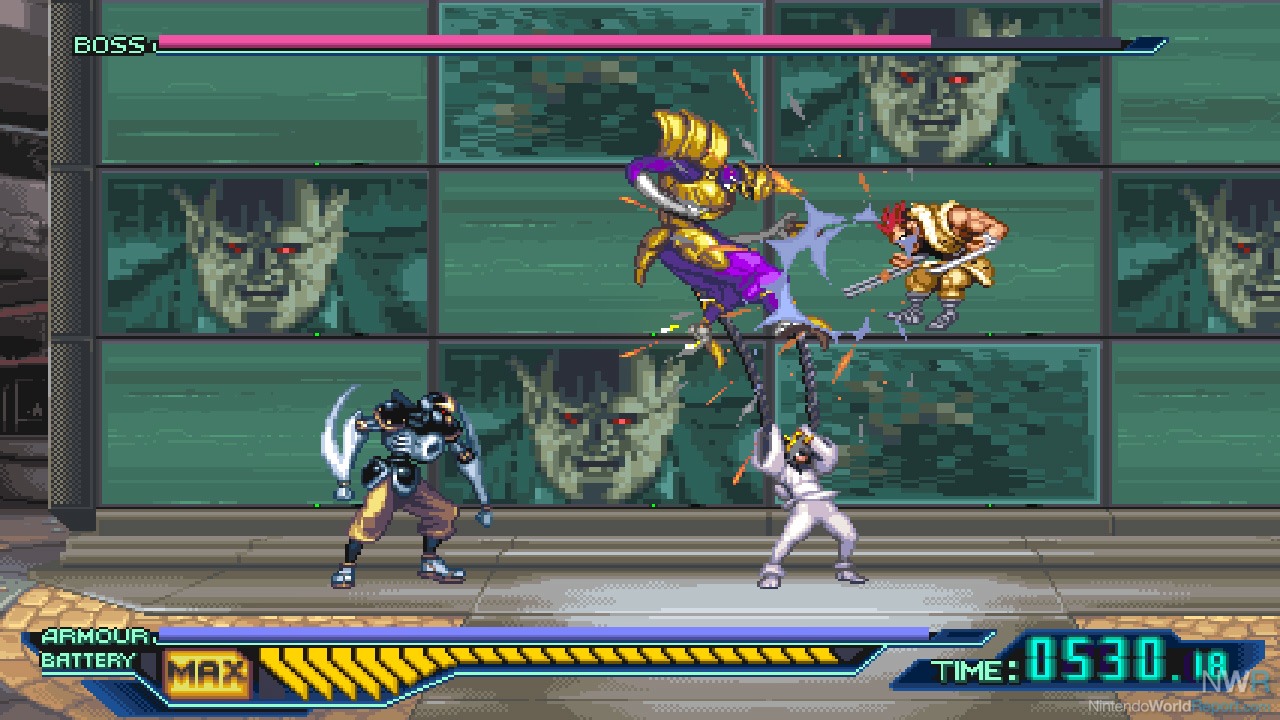 The Ninja Saviors: Return of the Warriors is a competent and satisfying experience that benefits from two-player co-op and online leaderboards. However, in being a remake of the 1987 and 1994 versions, it also fails to bring anything too interesting or unique to the table. It’s a fairly easy recommendation to brawler fans, but I think a wider audience would be better off with the Capcom Beat 'Em Up Bundle, given its much stronger value proposition. Not that it needs saving, but Return of the Warriors isn’t quite the savior of the brawler genre.