This doth get most tiring after a while.

The first Dragon Quest game was released in Japan in May of 1986. This fact becomes ever apparent in the latest re-release of the classic RPG, now out on the Nintendo Switch. While the Dragon Quest charm resonates even in this first installment, the game shows its age in just about every way.

Your task in Dragon Quest is twofold: rescue Princess Gwaelin from evil forces, and take down the Dragonlord, who has brought terror to the kingdom of Alefgard. Much like in the original NES release, the translation mostly consists of old English dialogue. It’s cute for a few minutes, but as the game wears on it gets pretty stale having to decipher just what exactly people are saying. The overall experience is basic fare and relatively short, only lasting around 10 hours. 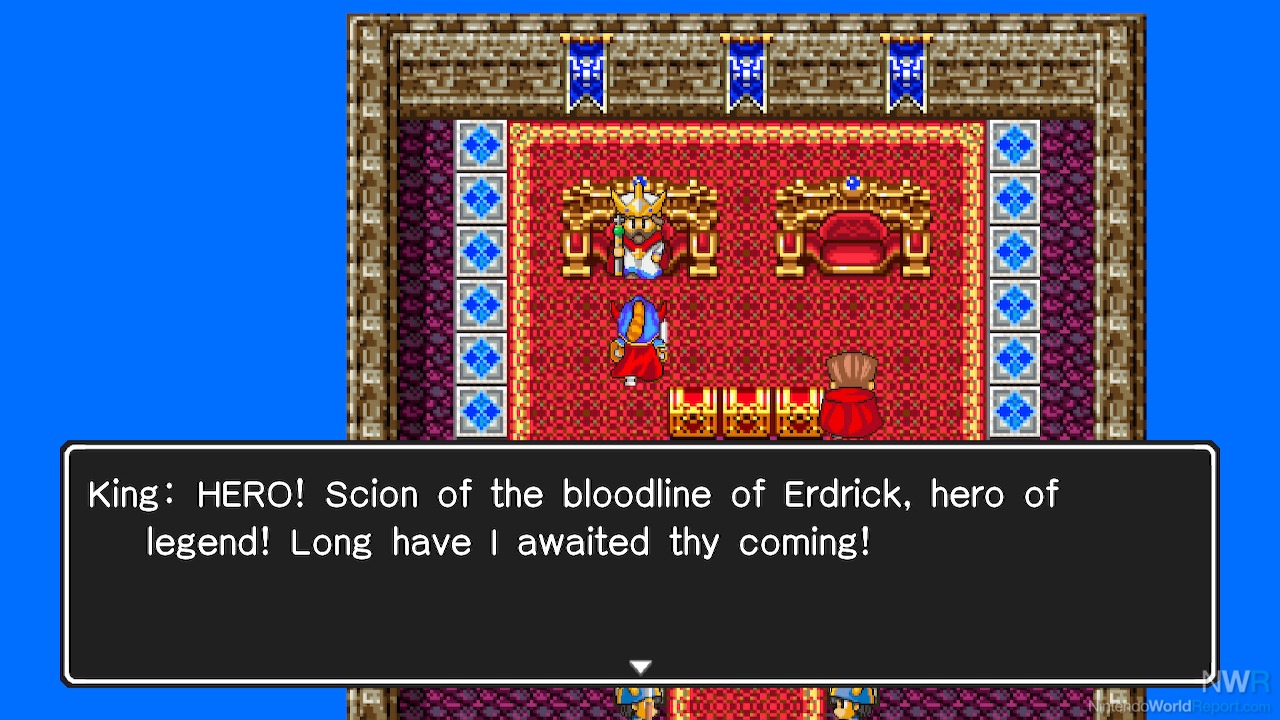 There is tons of grinding in Dragon Quest. A lot of those ten hours will have you slaying the same enemies over and over and over. The overworld is small enough to where you can pretty easily figure out where you need to go, but if you want to make real progress in the game there will be several times where you will need to spend hours not only leveling up but grinding to get enough gil to get better weapons and armor.

The presentation is a mixed bag. This is an enhanced version of a mobile port released earlier this decade. The 16-bit graphics look fine, and Akira Toriyama’s enemy artwork has been redone. Some parts of the game appear pretty dated, but aside from one glaring flaw the backgrounds and overworld have a nice old-school RPG feel that’s quite appealing. 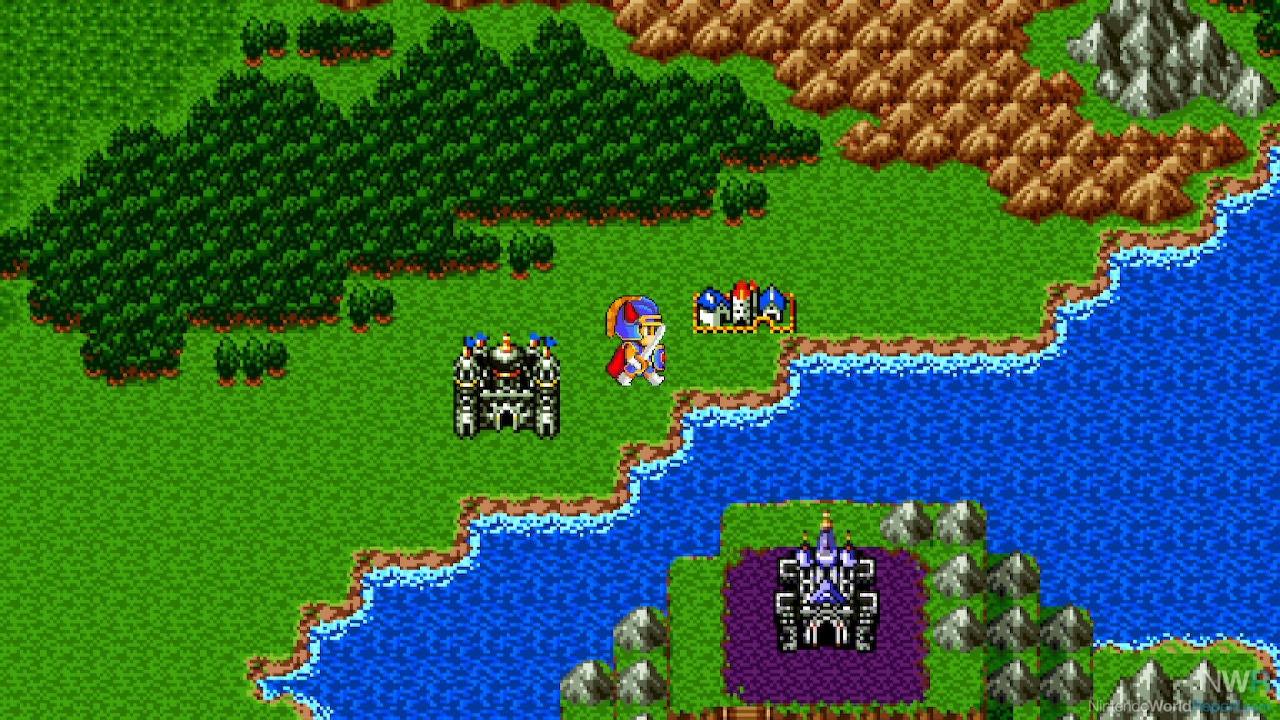 Unfortunately, Square Enix went with the decision to completely redo the character models in the game and as a result, everything looks really weird. It’s as if they cleaned up these character sprites to remove all pixelation. This feels distracting, as not only was it an unnecessary move, but the clean sprites look very jarring against the pixelated backgrounds, making the visuals look like a jumbled mess.

The first Dragon Quest feels like a relic from the past with its incessant grinding and tiring dialogue. But it’s hard not to recommend: it does have that Dragon Quest appeal that many games in the series have, and the soundtrack and visuals (save the character models) give this release a great classic feel. There’s no doubt this 33-year-old game shows its age, but Dragon Quest presents a simple, straightforward experience that’s worth playing if you can forgive its dated flaws.