Sydney Hunter and the Curse of the Mayan (Switch) Review

A competent but frustrating platformer that somewhat gets the job done.

Sydney Hunter and the Curse of the Mayan is an action-adventure platformer that follows the titular hero as he explores an ancient pyramid filled with treasure and danger in equal measure. It’s a clear throwback to the 8-bit days and carries over what many similar titles do: frustrating difficulty, no map, and backtracking. While some retro-styled games have found ways to make failure less punishing, Sydney Hunter demands that you overcome challenging bosses, infrequent checkpoints, and tricky platforming. Fortunately, underneath all this is a fairly solid experience.

With trusty whip in hand, Sydney navigates smaller stages that are connected via a hub world. Each stage has a number of colored keys to collect and use to unlock their corresponding doors. There are also crystal skulls to find that allow you to unlock new stages in the hub world. You can’t ignore too many of the skulls because the number needed to progress further in the game constantly increases. You also acquire new abilities and weapons, like a boomerang and more powerful whip, that allow you to backtrack and reach new areas, so there are multiple incentives to return to each stage to collect everything. 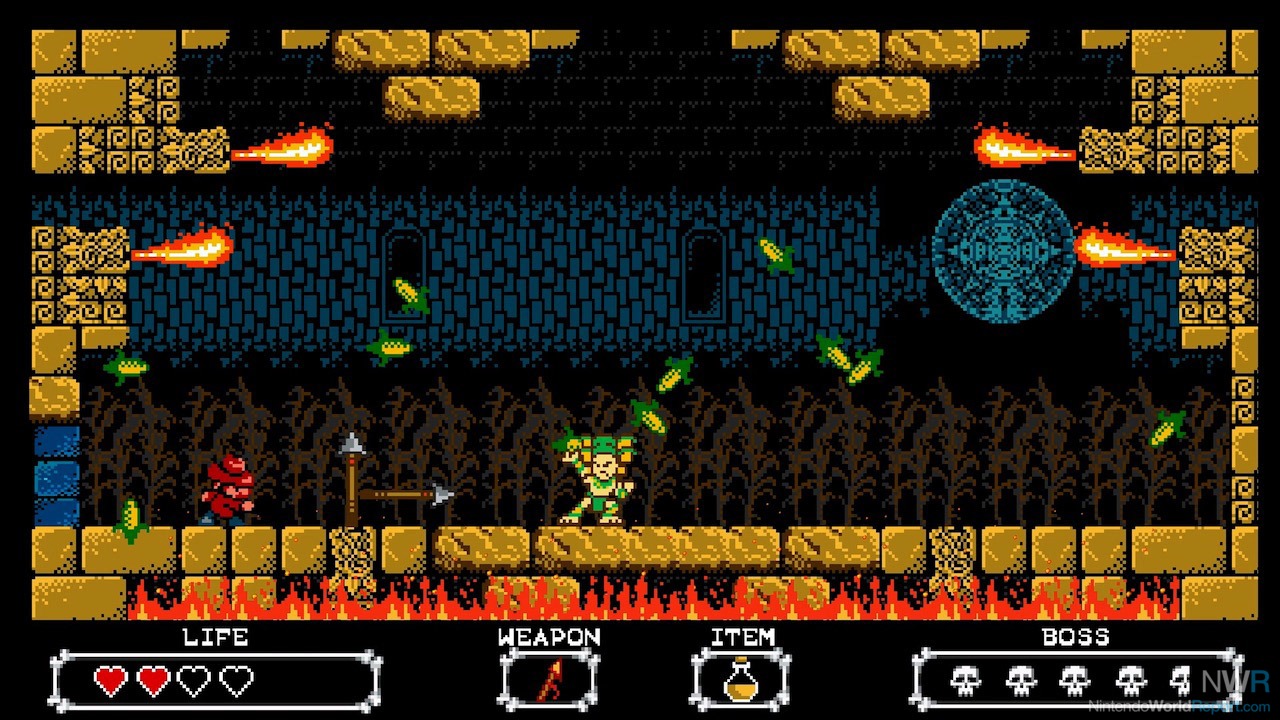 The Curse of the Mayan seems to faithfully recreate the aesthetic of the NES era, and the color palette on display works well with the setting. The stages themselves are quite detailed, but they are also winding and branch off in segments, so exploration can be a bit of a chore given the lack of a mini-map. I always find it a little frustrating to not include some type of map feature when backtracking and exploration are such core components of the gameplay.

In terms of the minute-to-minute gameplay, one close analogue that came to mind is Mega Man, but with more exploration. The boss fights and platforming challenges are very reminiscent of the Blue Bomber’s, but the layout of the stages is closer to Metroid or even Spelunky. Some of the bosses actually have one-hit kill abilities. You can usually learn about them from speaking to some of the NPCs that are scattered about, but it doesn’t make those attacks any less frustrating. On the plus side, there is often a checkpoint close to boss rooms, but unfortunately most other checkpoints are either too infrequent or poorly placed. This leads me to the most egregious problem in The Curse of the Mayan: you lose all keys, skulls, and items when you die. Even Dark Souls lets you keep loot you’ve collected and doors you’ve unlocked after you die. I think the former’s design choice significantly detracts from the overall experience. 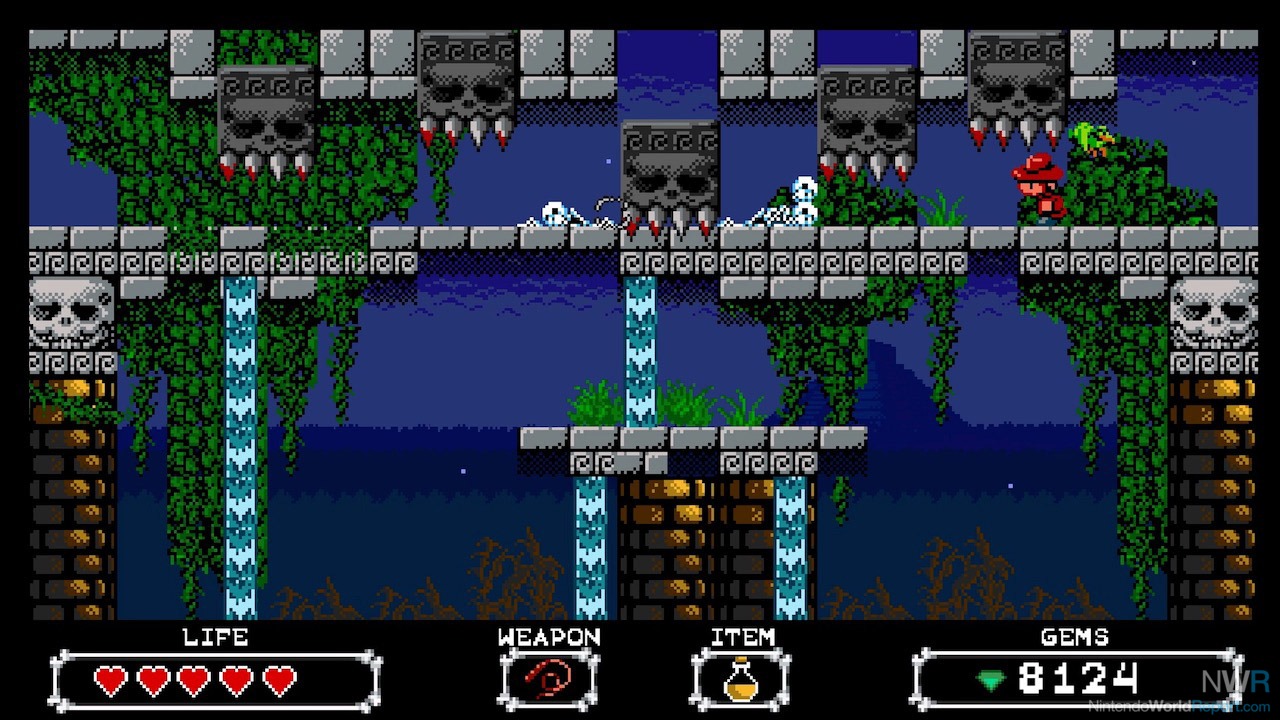 Ultimately, Sydney Hunter and the Curse of the Mayan is a fun but flawed platformer. The gameplay is mostly enjoyable, until you’ve collected loot from a dozen challenging rooms and then fall in a pit and lose all progress to that point. There are shops where you can buy healing potions, health upgrades, and spare keys, but none of these help with instant-death flames or other hazards. While the adventure held my attention for a little while, eventually the backtracking and repetition wore me down. Those looking for a demanding action-platformer with Metroidvania elements may find buried treasure here. Others are just as likely to find Sydney Hunter full of fool’s gold.