Mostly everything interesting about Space Harrier - one of the latest Sega Ages titles on Switch - can be found in the fact that it’s a well-made port of a classic arcade game. Honestly that’s all you really need to know. Aching to play Space Harrier on your Switch? They did that. If you don’t remember the 1985 game from ex-Sega developer Yu Suzuki (also known for Shenmue, Out Run, and After Burner), it’s a fantastical rail shooter where you control a gun-toting jetpack-wearing human aptly named Harrier around the screen fighting dragons and woolly mammoths. 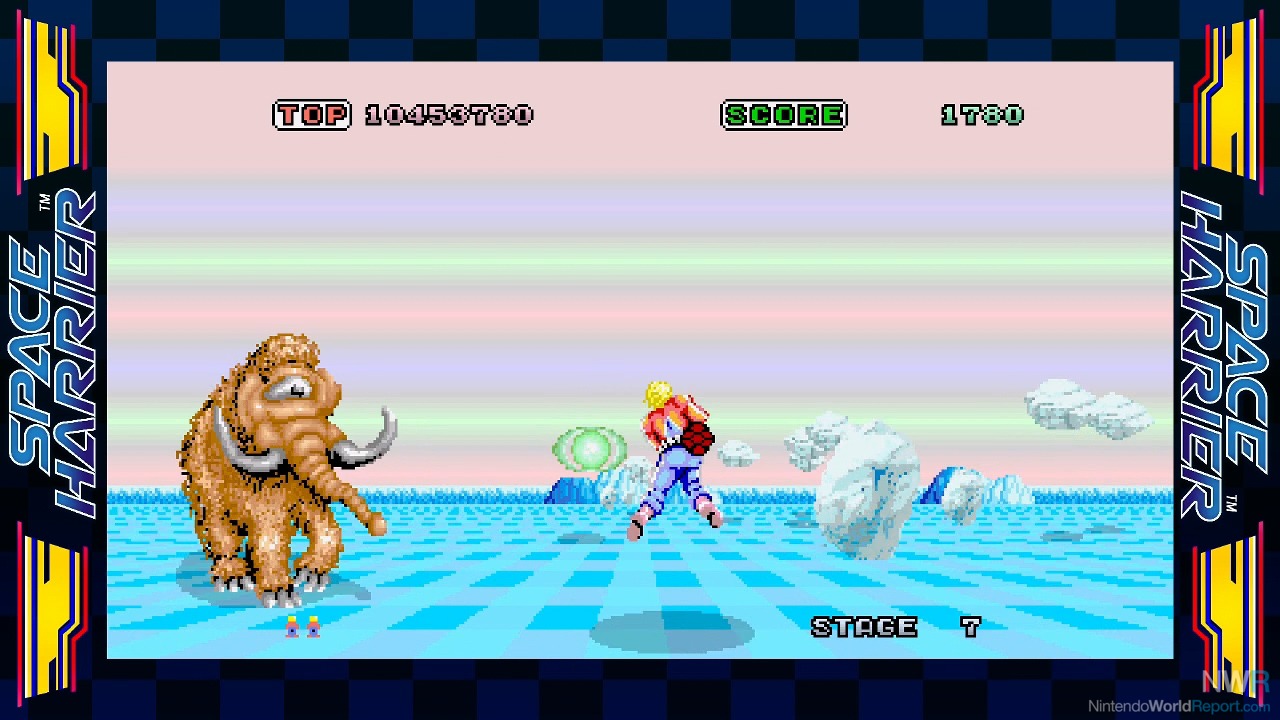 This Sega Ages port from the well-regarded emulation wizards at M2 is otherwise barebones. It has the requisite screen size and presentation options, letting you toggle standard and widescreen or even place the game screen inside of an arcade cabinet mock-up. Toggling the difficulty and amount of lives as well as a stage selection is helpful for exploring the game’s 18 levels. A mildly novel “Joystick Mode” lets you hold the Joy-Con vertically to mimic the original arcade’s joystick controls, but that’s ultimately something you try once while muttering “well that’s neat they did that, I guess.” This version’s major addition is the Komainu Barrier Attack, which is an alternative easy mode. The weird-looking lion-dogs protect your player from obstacles but take enemy fire and they disappear. With how flexible the difficulty options are already, this mode seems almost pointless for anything but a way to show off the design of the Komainu. 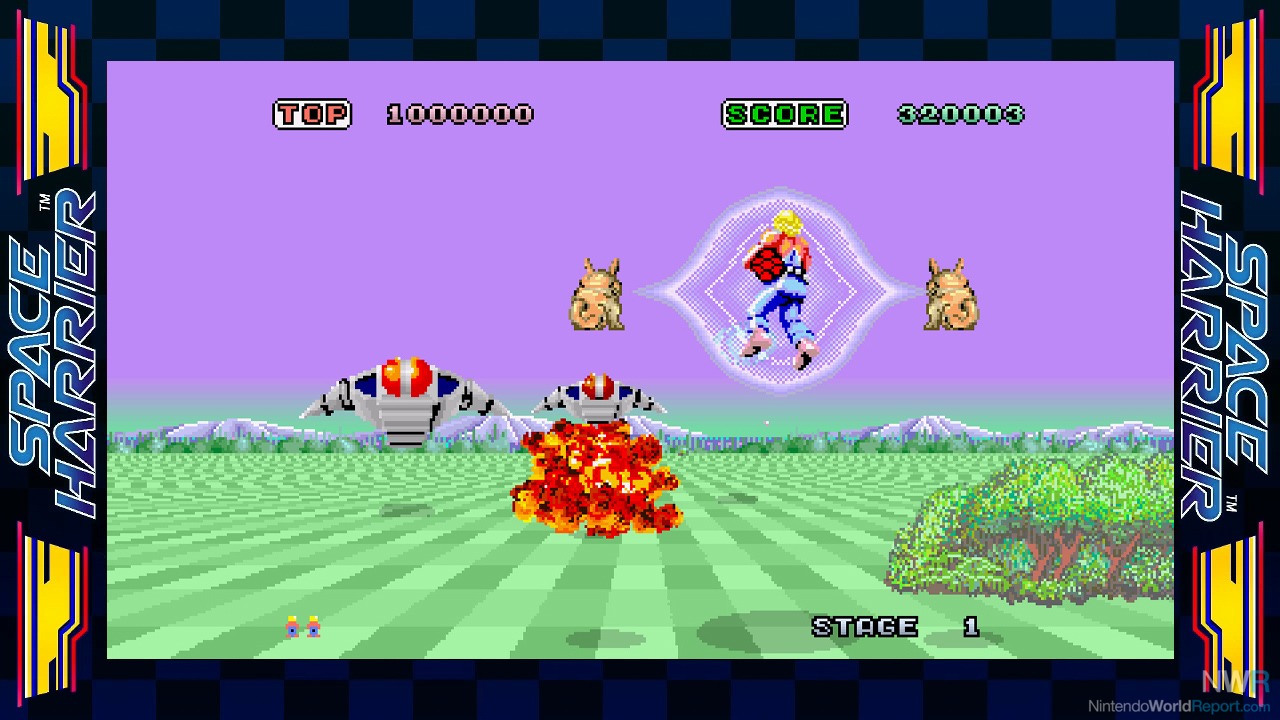 And that’s sort of where this Sega Ages version of Space Harrier sits. I don’t really understand why so much care seemingly went into something that doesn’t have much to show for it. This is Space Harrier, virtually the same arcade game from nearly 40 years ago with a couple of tweaks and additions from the original home ports and the 3DS 3D Classics release. M2, as per usual, made a great port and this might be the best version of Space Harrier, but that’s all it is. Minimal bells and whistles are on display here and unless you want to have this on hand to play while you play Shenmue 3 on another console, plunking down quarters for this doesn’t seem all that worthwhile.