Beauty lies in this puzzle game, but so too does framerate issues.

Quench has an elegance to it that struck a chord with me as a distinctly pastoral quality pairs with the pleasant graphical look and optimistic tone. You control the Shepherd - an avian avatar that uses magical weather powers to clear the path for herds of animals just trying to survive. Overall it’s a straightforward puzzle game that involves knocking down hazards for journeying animals, but the peaceful procession of elephants and more make Quench something that’s enjoyable more often than not. 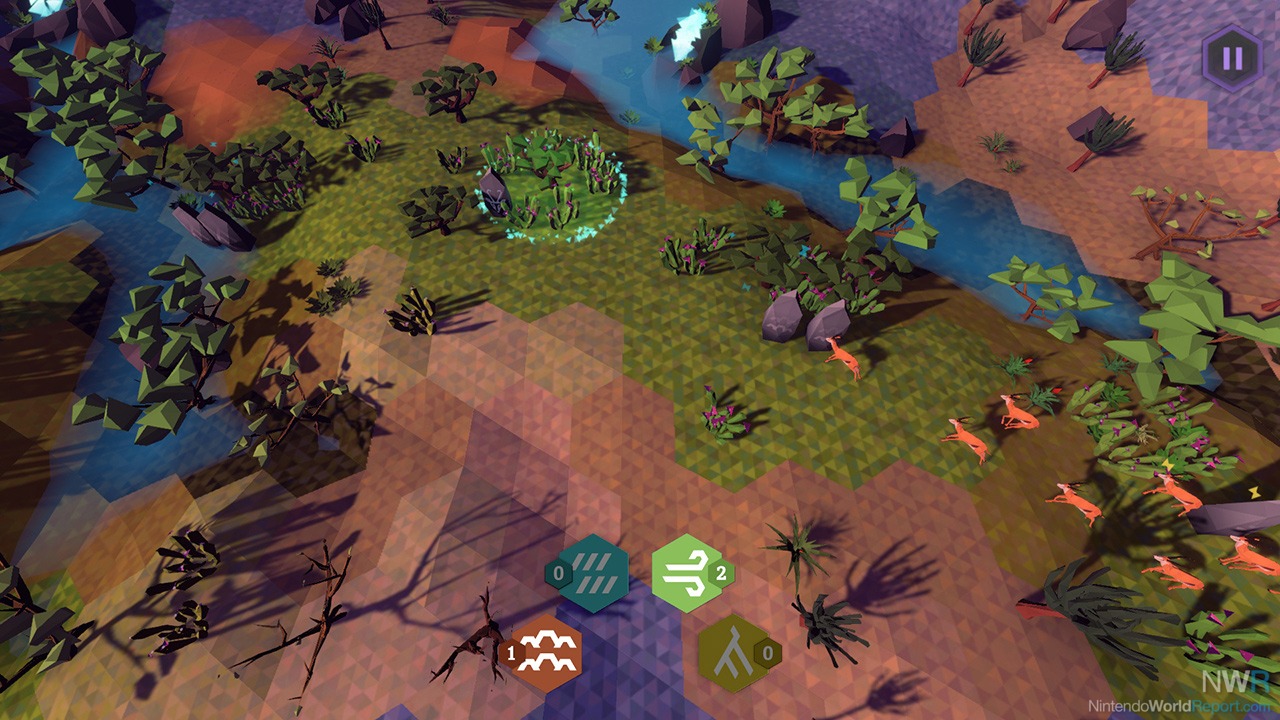 Weirdly what came to mind early on in Quench was ActRaiser, a Super Nintendo classic that was thought of recently due to the release of a similarly styled game in Sol Seraph. While Quench is farther away from ActRaiser’s side-scrolling action, it echoes it a little more as you control a god-like character who has to help guide animals to freedom and survival. Your actions in the world aren’t often direct guidance. Instead you activate rain, fire down lightning, and rumble the earth with a quake. Generally all of these actions are limited during each level, and the trick is to bounce around the map in a way where you have to use each power to gain access to more.

Early on, new powers are doled out at a regular clip. First you can just make grass grow with rain, then you can blow sand out of paths with wind, and so on and so forth. The interactions are basic but grow deeper as you journey through the levels. By the end, each level becomes a puzzle where you need to find the optimal route for your herds that let you accumulate the powers needed to reach the end. While there might only be four powers (Rain, Wind, Quake, Lightning), a good deal of creativity is used in how they’re deployed in each level. It’s just fiddly enough to be fun to experiment with, though sometimes it leaned a little too much into trial and error. It wears a little thin near the end, as it seems like the game squeezes every last drop out of this mechanic. 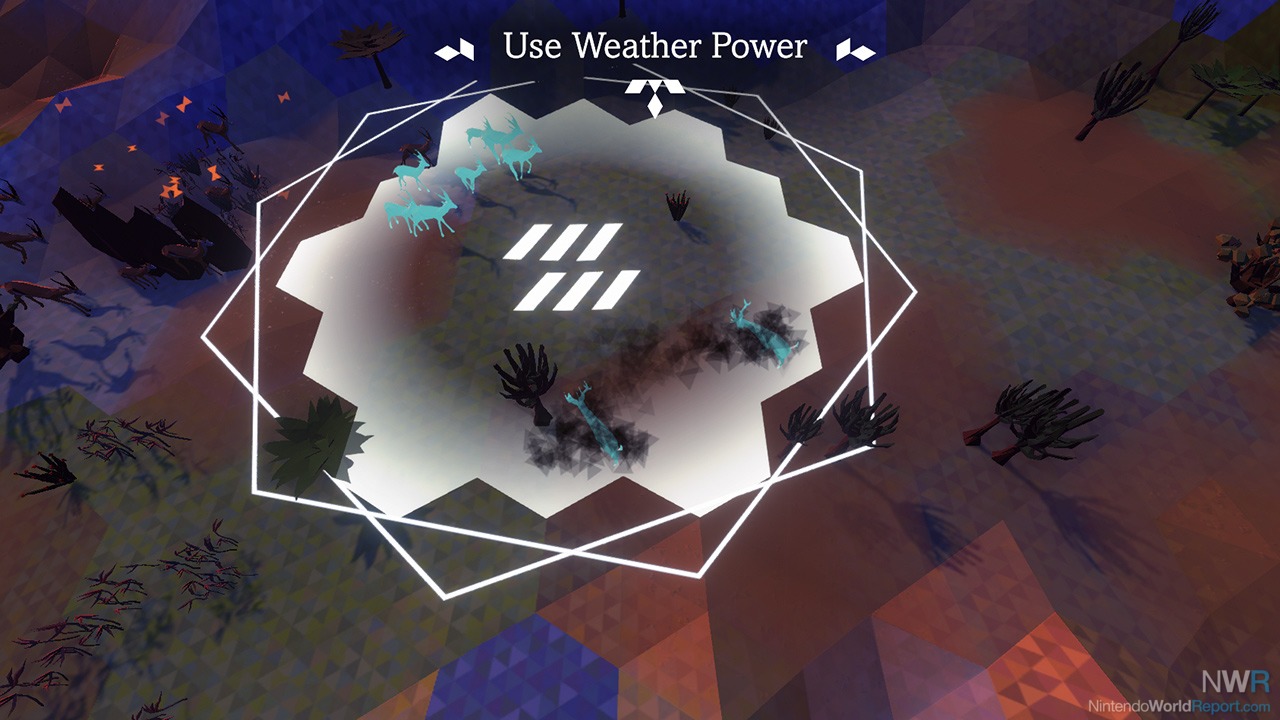 The Switch version is probably played best undocked, as the touch screen is the best way to play this game. Unfortunately, technical issues drag down the experience on the system across the board. The framerate often chugged, especially when trying to move quickly around a level. It’s a shame because otherwise, it’s a pretty game, with an almost papercraft-like visual look that matches the mythological and fable presentation of the story.

Quench is at its best when you’re working your way through the various puzzles and taking in the sweet, enjoyable scenery. The worst parts show themselves when you move through that scenery, though. The technical aspects sorely drag it down despite some ingenuity in the puzzles and a wealth of charm.