If you’re coming to Jupiter’s latest Picross game on the Switch just for the puzzles, the introduction of an anime-inspired story could be baffling. But sure enough, Picross Lord of the Nazarick is a crossover with the show Overlord, whose basic premise involves a guy getting trapped inside an MMO that was shutting down. That’s weirdly not clearly conveyed here, but honestly, that’s fine with me. Some lore gets referenced across the wide cast of characters, but even with the colorful anime application, the Picross puzzles rock. 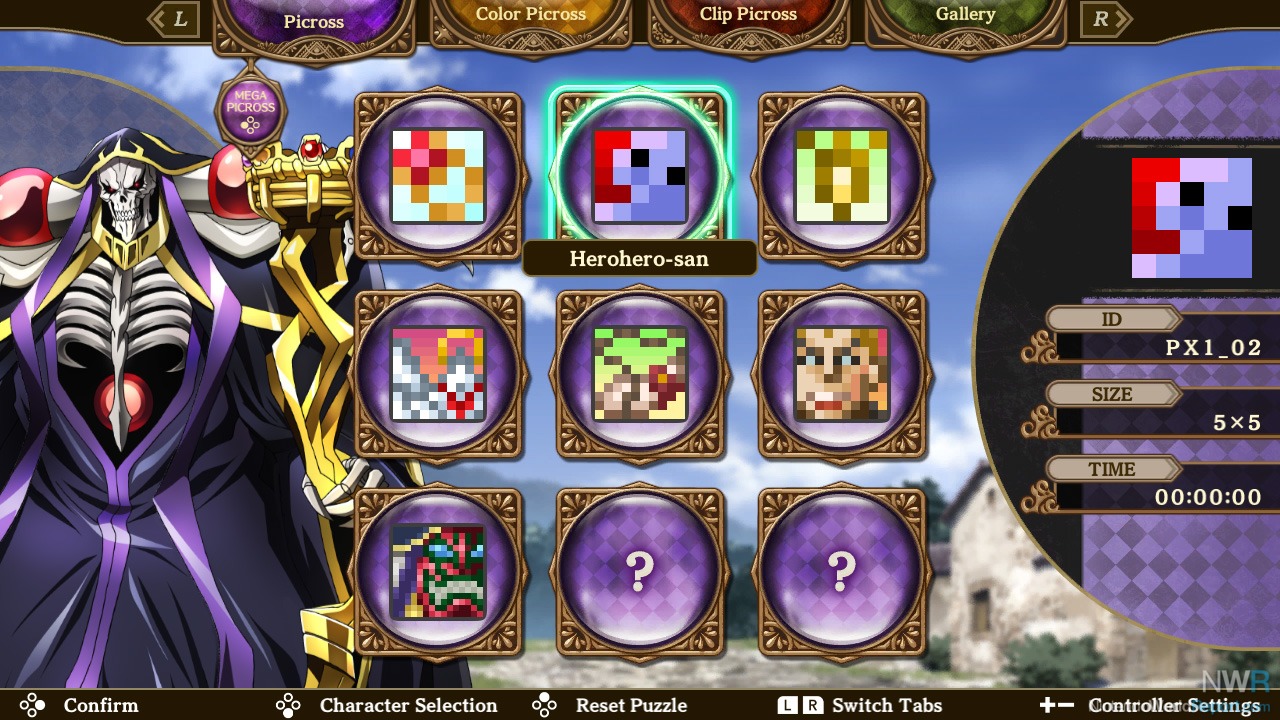 The main thing different from the Picross S series is the format and presentation. Instead of just a stock lineup of puzzles, groups of puzzles are tied to different characters. Each group features memories that recall elements of a character’s past, and when you finish the main puzzles for a character, you are treated to some story scenes.

As someone unfamiliar with Overlord, it was more difficult to keep my head above water with the background and story. It struck me as something that fans of the show might get a kick out of since the conceit is that the characters are regaining memories as they complete Picross puzzles of items and characters from the show. For the Nintendo fan, the best comparison might be the 3DS game My Nintendo Picross: The Legend of Zelda: Twilight Princess. 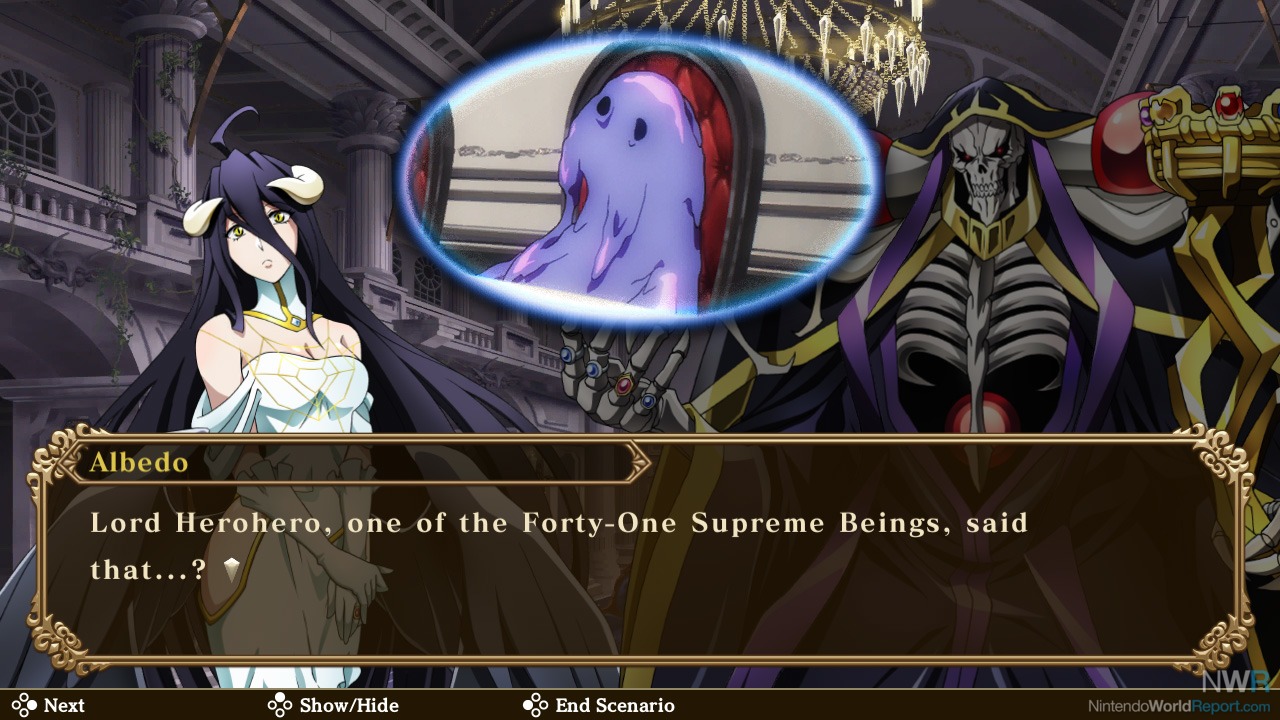