A great mechanic wrapped in a bland game.

Upon its original release way back in 2009, Red Faction Guerrilla represented a benchmark in physics simulation in games. It presented the player with an open-world, Martian landscape of physics-based destruction. The Re-Mars-Tered edition brings this piece of 7th generation technical wizardry to 8th generation consoles. Surprisingly, the actual tech has aged quite well; unfortunately, the same can not be said for the rest of Red Faction Guerrilla’s design. 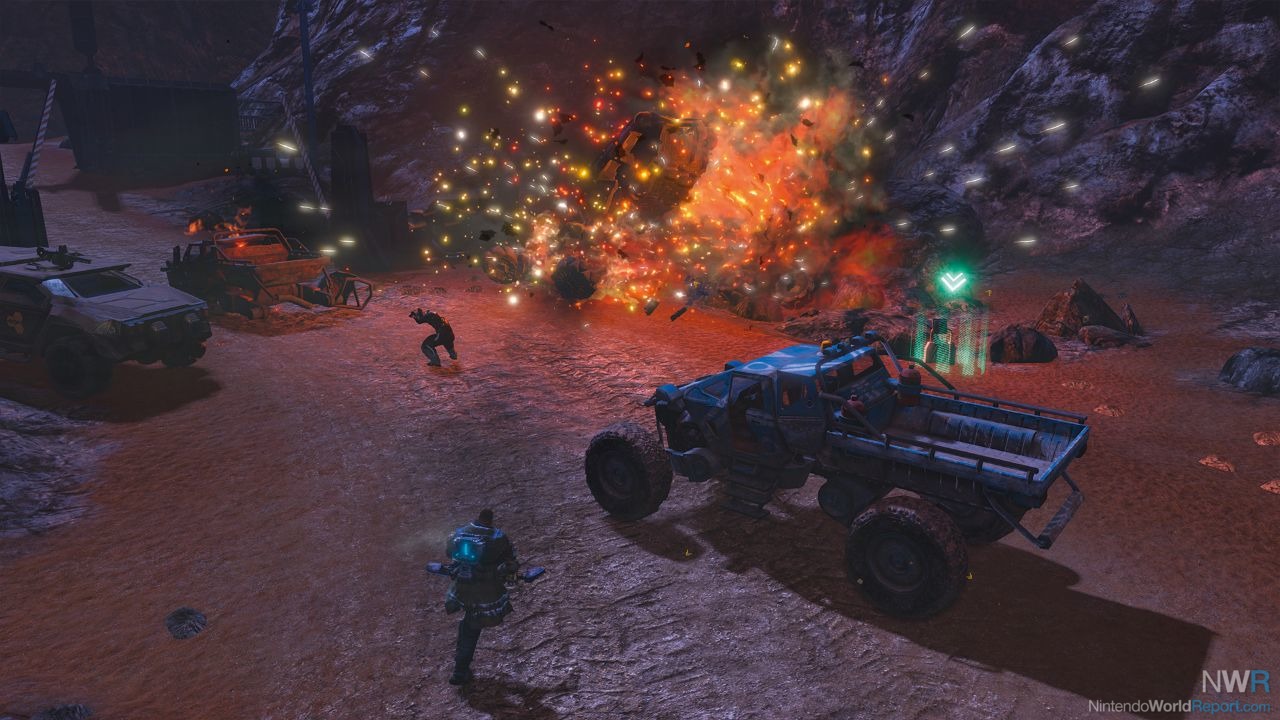 Like the rest of the Red Faction franchise, Red Faction Guerrilla tells the story of an uprising among the working class on Mars against their oppressive overlords. Guerrilla tries to up the ante somewhat by making it a story of revenge, but my brain quickly shut down when presented with what is ultimately a barely attempted plot. In fact, the story is one of the first areas where its age really shows. Key story points are told through pre-rendered cutscenes that would have been of poor quality even ten years ago.

Once you escape the mercifully short introductory plot segments, you’re essentially set loose on the world. Red Faction Gurrilla’s primary gameplay loop involves going to key enemy installations on your map and blowing them up. When explosions start, seemingly endless waves of enemies will start pulling up in trucks, trying to kill you until you make it back to your base. Taking out these enemy positions will weaken their hold on the area. The gameplay loop is admittedly pretty fun. The physics driving the destruction are still just as fun as they were a decade ago. Unfortunately, there just isn’t much depth. Once you’ve cleared the initial area and moved on to a larger area of the map, you’ll quickly find that you’re ultimately doing the same thing in a slightly different environment. Occasionally, you’ll find a mission built around rescuing hostages or chasing a convoy, and while this is different, it doesn’t effectively leverage the key destruction mechanics. 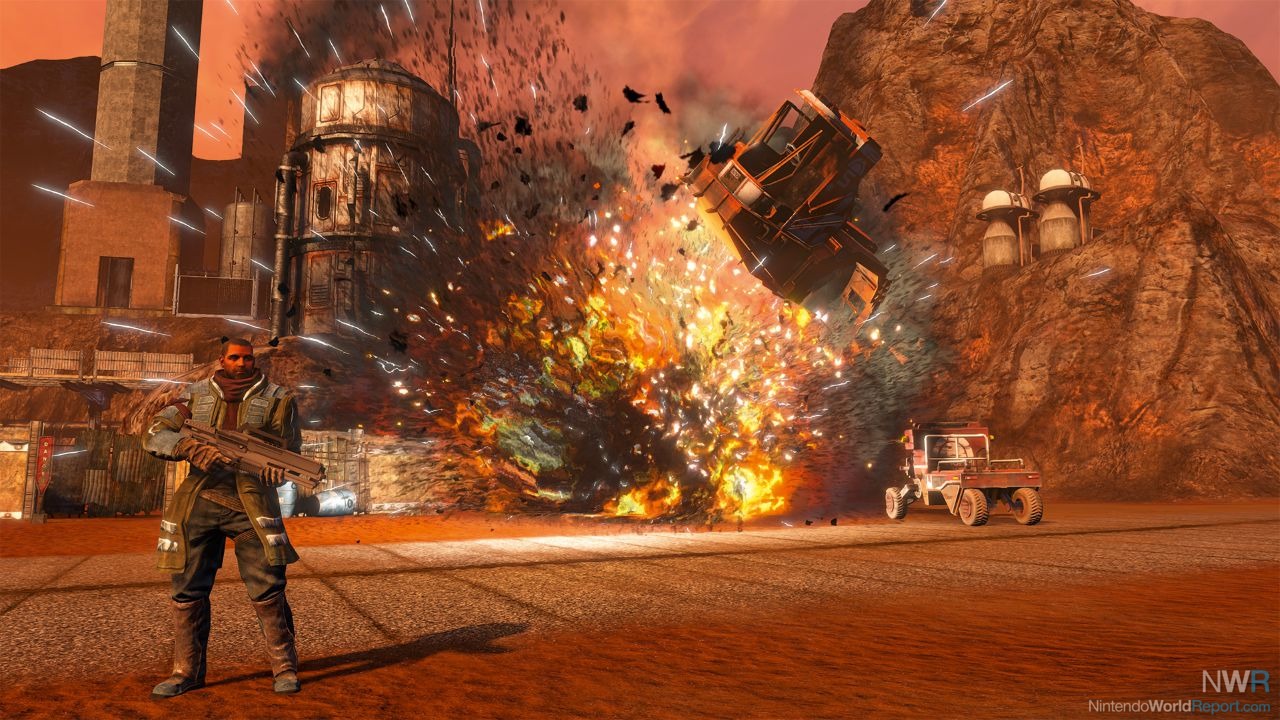 Outside of blowing stuff up, Red Faction Guerrilla is a perfectly mediocre cover shooter. There are multiple weapons, upgrades, and vehicles to unlock, but none of them prove as fun as the simple explosives you receive at the start of the game. Add to this an open world that lacks variety and you’re left with a game that seems to exist merely to pad its singular base mechanic into an entire game. It comes from a time when the industry stood in stark opposition to linear game design and as a result, forced games like this into open worlds where they had no business being. Were Red Faction Guerrilla set up as a linear series of missions built around destroying unique, carefully-crafted targets, it would be much more fun.

Granted, all of these critiques represent the design of the game as it existed in 2009. As for the Switch version in particular, Red Faction Guerrilla takes much the same route as other recent THQ Nordic remasters. Both a quality and performance mode are present, though unlike the recent Darksiders Warmastered Edition, you’ll have to exit out to the main menu to Switch between them. Quality prioritizes resolution and graphical effects, while performance instead focuses on keeping a consistent frame rate. While neither turn in a particularly impressive result, I found I was better off sticking with performance mode. In quality mode, I regularly encountered drops that significantly affected gameplay and responsiveness.

Red Faction Guerrilla’s primary hook, its physics-based destruction, has aged remarkably well. It is still to this day incredibly fun to take out the support of a building and watch it tumble to the ground. Regrettably, the game that surrounds this mechanic is a shallow and repetitive misunderstanding of open-world design. Add to this the less than impressive performance levels of the Switch version and you’re left with a great idea that just doesn’t have the design to support it. Much like the result of its primary game mechanic, Red Faction Guerrilla crumbles without the support of more engaging gameplay to surround that mechanic.

They should have port the xbox 360 RF games.