Originating as one of the numerous early versions of Resident Evil 4, Devil May Cry's gameplay was too far removed from the Resident Evil roots to don the title, but Capcom knew they had something in their hands that was too good to scrap. Instead of a methodical horror survival title, it featured fast-paced stylistic gameplay that tested your ability to pull off badass combos while avoiding damage to achieve high scores. Fast forward nearly two decades and Devil May Cry holds up surprisingly well, especially with more modern games like Bayonetta perfecting the style of play. It shows signs of age, specifically with the platforming and some wonky camera angles, but all-in-all still delivers on the promise of over-the-top action. 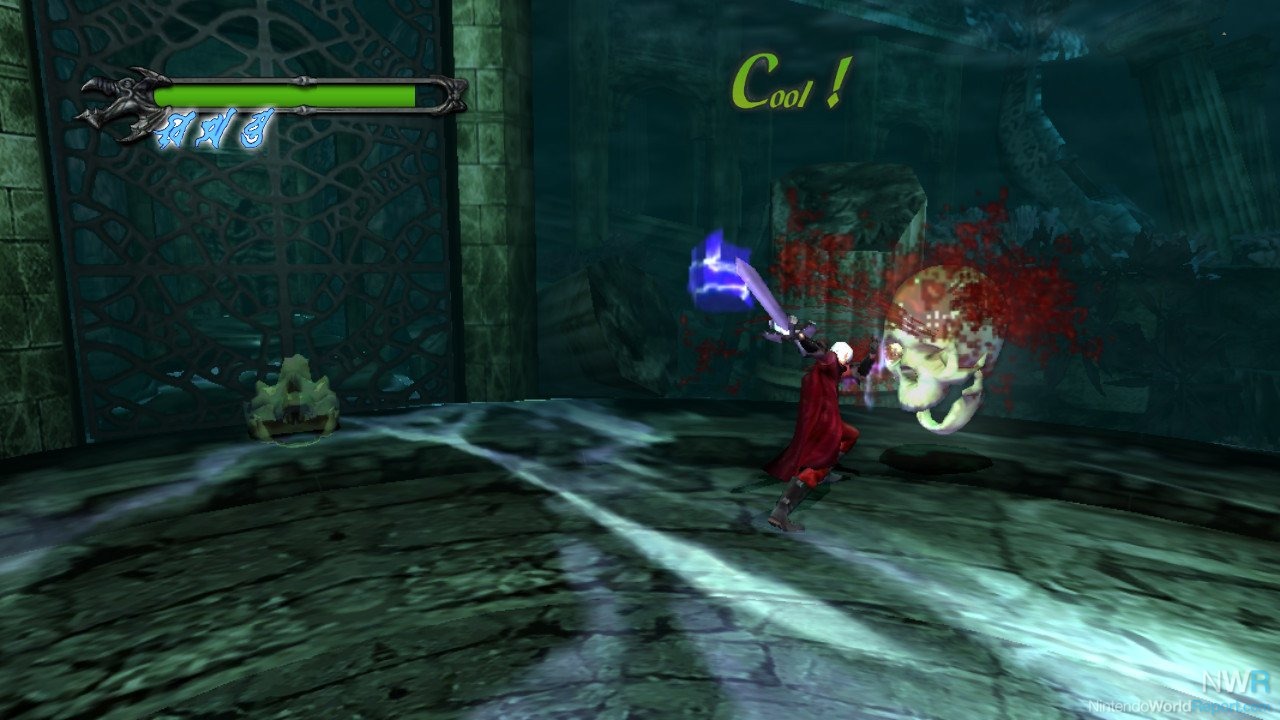 Although my experience with the Devil May Cry series was nonexistent coming into this review, I'm no stranger to character action games and was eager to experience a title that revolutionized the genre and laid down the foundation for many games after it. The plot revolves around demon hunter Dante, as he aims to get revenge for the death of his mother and brother against the demon lord Mundus. From the very first cutscene, it's apparent Dante is an otherworldly being as he's impaled by a huge sword, only to quickly remove it and head to the castle to complete the task at hand. The story is mission based, with each varying quite a bit in both scope and length. While a majority end up taking anywhere from 10 to 20 minutes, the occasional short mission sprouts up, only taking a couple minutes to finish. Missions tend to be straightforward, giving one or two objectives to take care of before moving onto the next. However, groups of enemies and bosses act as roadblocks, offering a good amount of resistance along the way. At the conclusion of each mission, a letter grade is given depending on how well you performed, with higher scores being rewarded with more orbs. 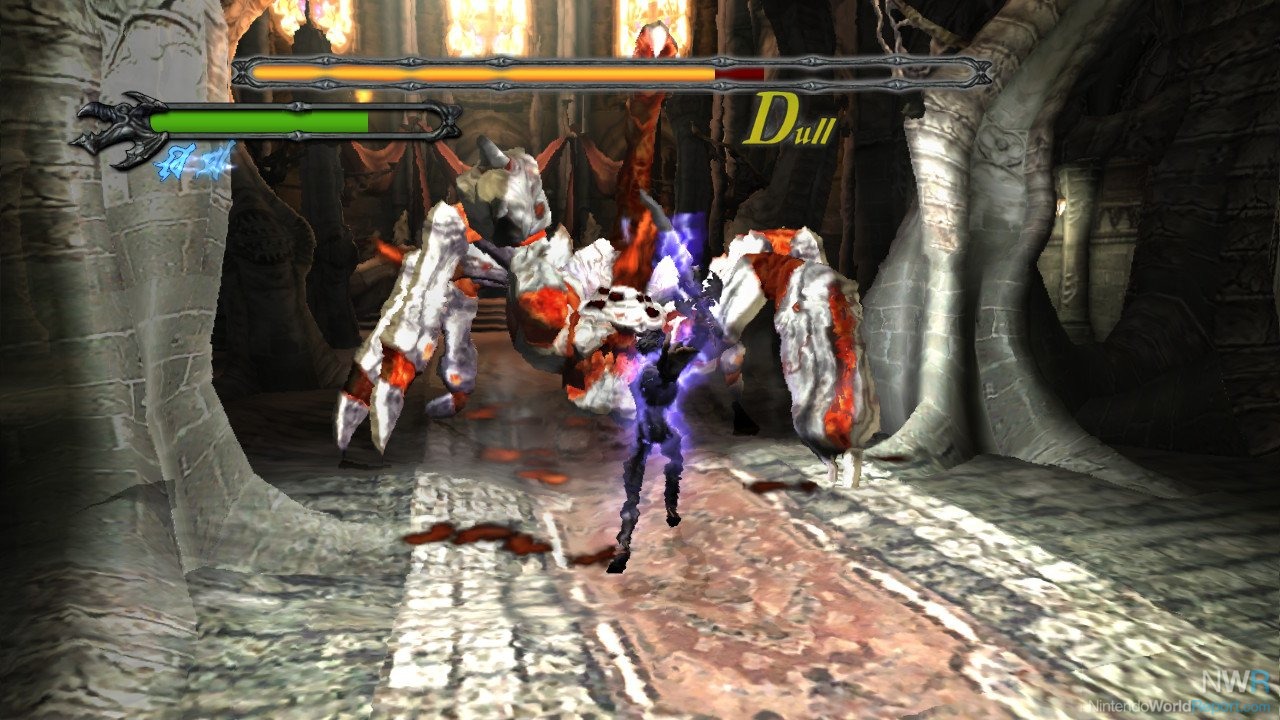 What makes a character action game fun to play? Well that's easy: combos, style, and a nice selection of weapons. Devil May Cry hits the nail on the head with a number of weapons to use, each with a unique feel, playstyle, and set of abilities. Dante can have two weapon types equipped at a time; a melee weapon and a gun for ranged attacks. Mixing and matching different weapons is rewarding and depending on the situation can be the difference between success or failure. The use of each in conjunction with one another is fluid and results in satisfying, fast-paced action as you string combos in quick succession. Plowing through enemies feels great, especially as new abilities are purchased that result in far more interesting combos. As these are unlocked, the button inputs do become a bit more complex but never overwhelming. Dealing damage or taunting enemies will slowly fill up the Devil Trigger gauge, and once filled it allows Dante to transform into a demonic superbeing. This increases attack power and defense as well as granting new abilities and slowly healing Dante while active. Damage can be taken in this state, so relying on your dodge roll and jumps to avoid damage is still crucial.

Enemies can be downright tough, but the difficulty is most apparent when it comes to bosses. These big bads feature a number of different skills that require quick reactions and smart play; otherwise, you'll find yourself starting from the beginning of the mission. There is an item which can revive you close to where you died, but they're a rare commodity. Fortunately, since missions aren't usually too long, coming back from a death doesn't end up being too much of an issue. There is a nice variety of bosses, but repeated fights occur on more than one occasion.

While combat is at the forefront, platforming and some light puzzle elements are needed to overcome obstacles. Dante can jump off walls to get a second leap, but this never ends up feeling great. Just how poor the platforming is becomes most notable when the camera angles change mid jump. Cameras are fixed, so depending on where Dante is positioned in the room it will change to a new angle. This does yield some really cool cinematic moments, but it makes platforming and sometimes dealing with enemies more difficult than it should be. There are also a few underwater sections which were really no fun at all, but fortunately these tend to be short and don’t crop up all too often. 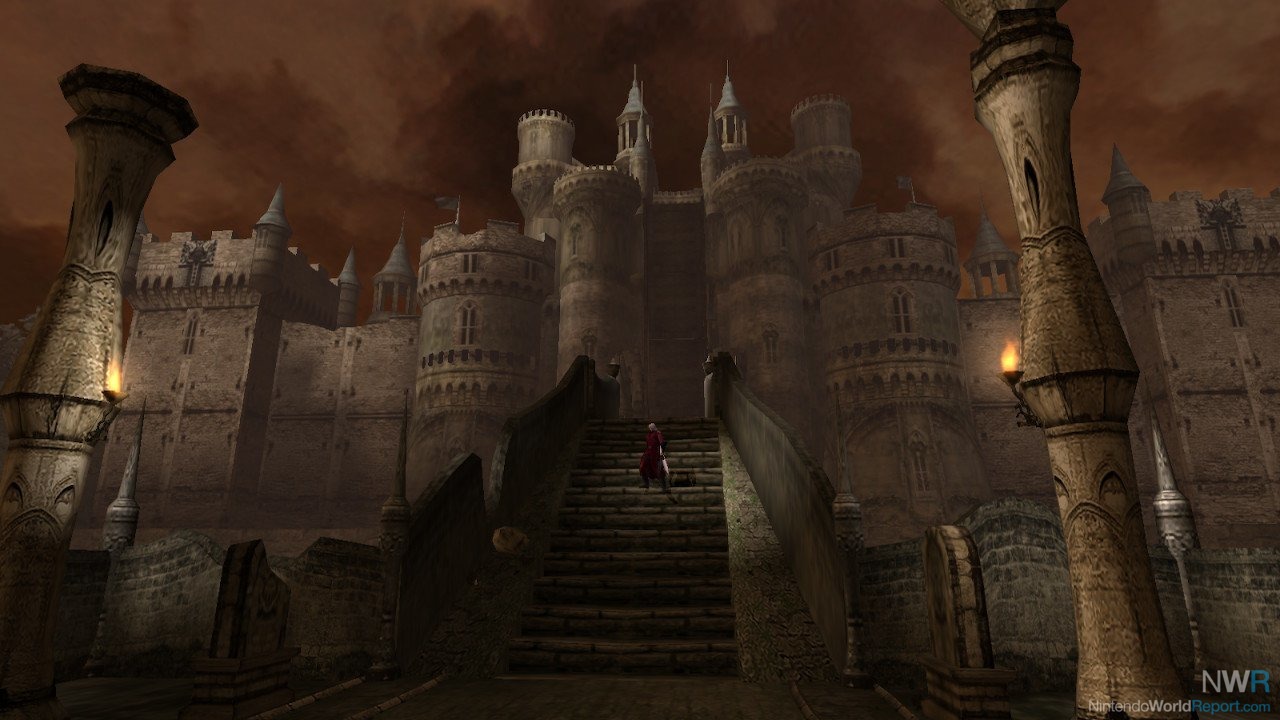 I found myself really enjoying the tone and atmosphere of Devil May Cry. Although the castle itself feels a bit reminiscent of the era with lots of greys and earth tone colors, it is filled with more colorful setpieces that bring it to life. Enemies are well designed and the diversity among them is nice. Giant marionettes, even though fairly common, were some of my favorite as they do a great job of adding to the eerie-ness of the castle. Bosses definitely ramp up the difficulty with more complexity in their attack patterns and feel very rewarding to overcome even if they can take a number of tries. Whether playing in handheld or portable, it runs extremely well on Switch with very brief load times, and the relatively short missions lend themselves to being good on the go.

Devil May Cry was the pioneer for character action games and despite being released 18 years ago, it still manages to stand tall among more contemporary counterparts. It certainly shows its age, most specifically in the dated platforming and at times jarring camera changes. Yet, when it comes down to pulling off combos and looking cool as hell, it hits the mark, still feeling fresh all these years later.