Journey through time in this pretty Metroidvania with a spectacular soundtrack.

Timespinner is a good example of how you can nail enough parts of a whole game to make it memorable and endearing despite some undercooked elements. This Metroidvania-style adventure comes from Chucklefish and Lunar Ray Games, heavily invoking the “Vania” part of the genre while also boasting impressive pixel art reminiscent of Mega Man X and Chrono Trigger. The story-driven, time-spanning ride is buoyed by enjoyable explorations and a killer soundtrack that makes it a good time over the course of the five to 10-hour journey. 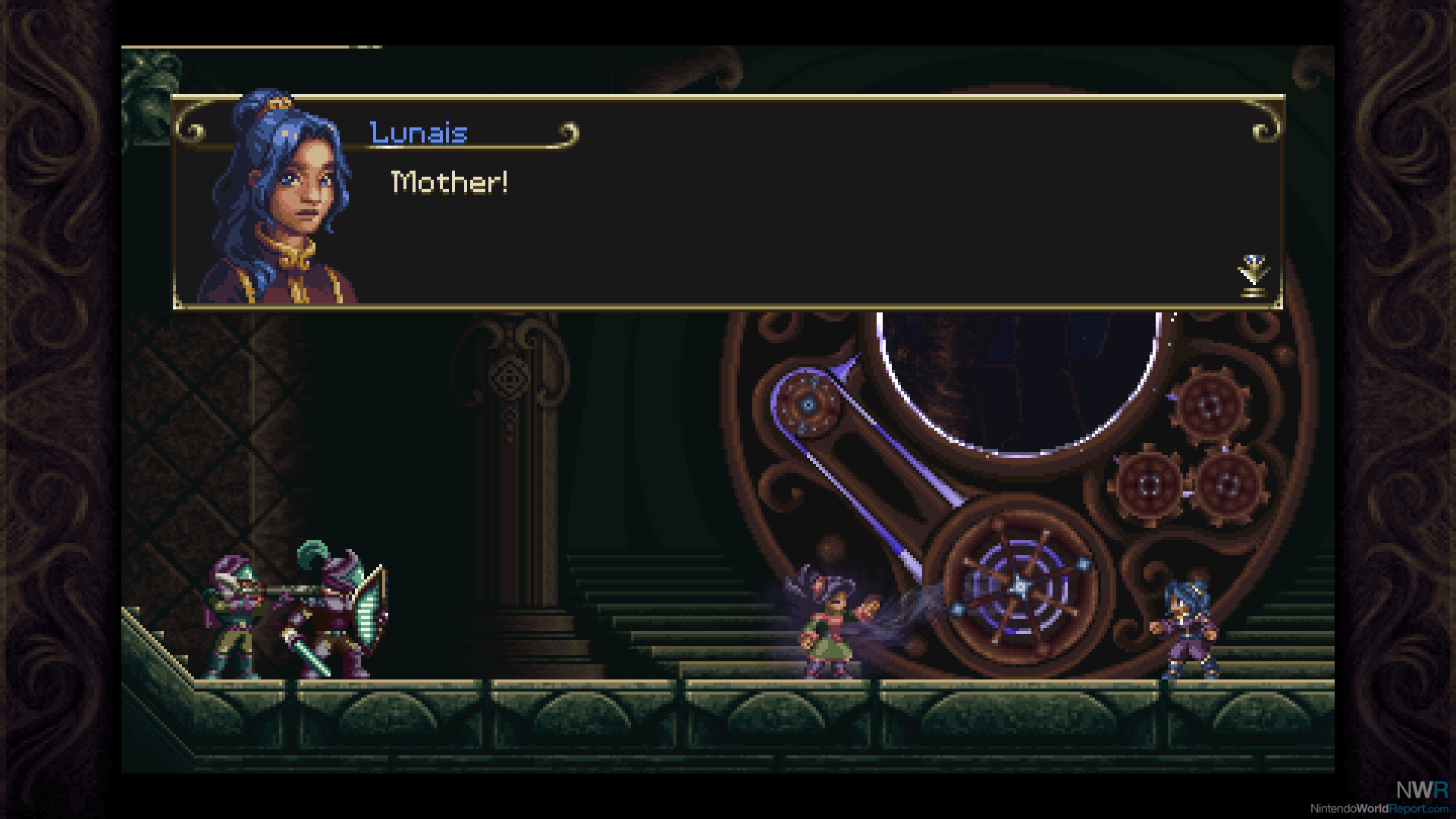 You start off dropped into action as Lunais, a young budding Timespinner who is hurled through time after witnessing her home being destroyed. A lot of time is spent in the past, trying to figure out how to save the future while also making friends with the losing side of a historical war. The story has a few twists and turns and does a good job of presenting a clear narrative through dialogue while hiding lots of intriguing lore through discoverable journals and texts.

On the gameplay end, action-RPG elements rule the day with experience points and levels being tied to your heroine, weapons, and familiars. Numbers fly off enemies when hit and new equipment is regularly added to upgrade your offense and defense. Combat is primarily focused around using a pair or orbs for melee, which can be customized to your liking. You can mix and match all you like, pairing flame orbs with blade ones or just going fully into one style of weapon. By the time you hit the third act, your orb collection can be massive, allowing for lots of fine-tuned fighting styles. You have alternate abilities, too, which require charging and use of a mana meter. Fighting has a looseness to it that never felt quite right despite the diversity, but thanks to a good amount of health and usable items, some of the rough edges faded away over time as I settled into the rhythm of exploration. 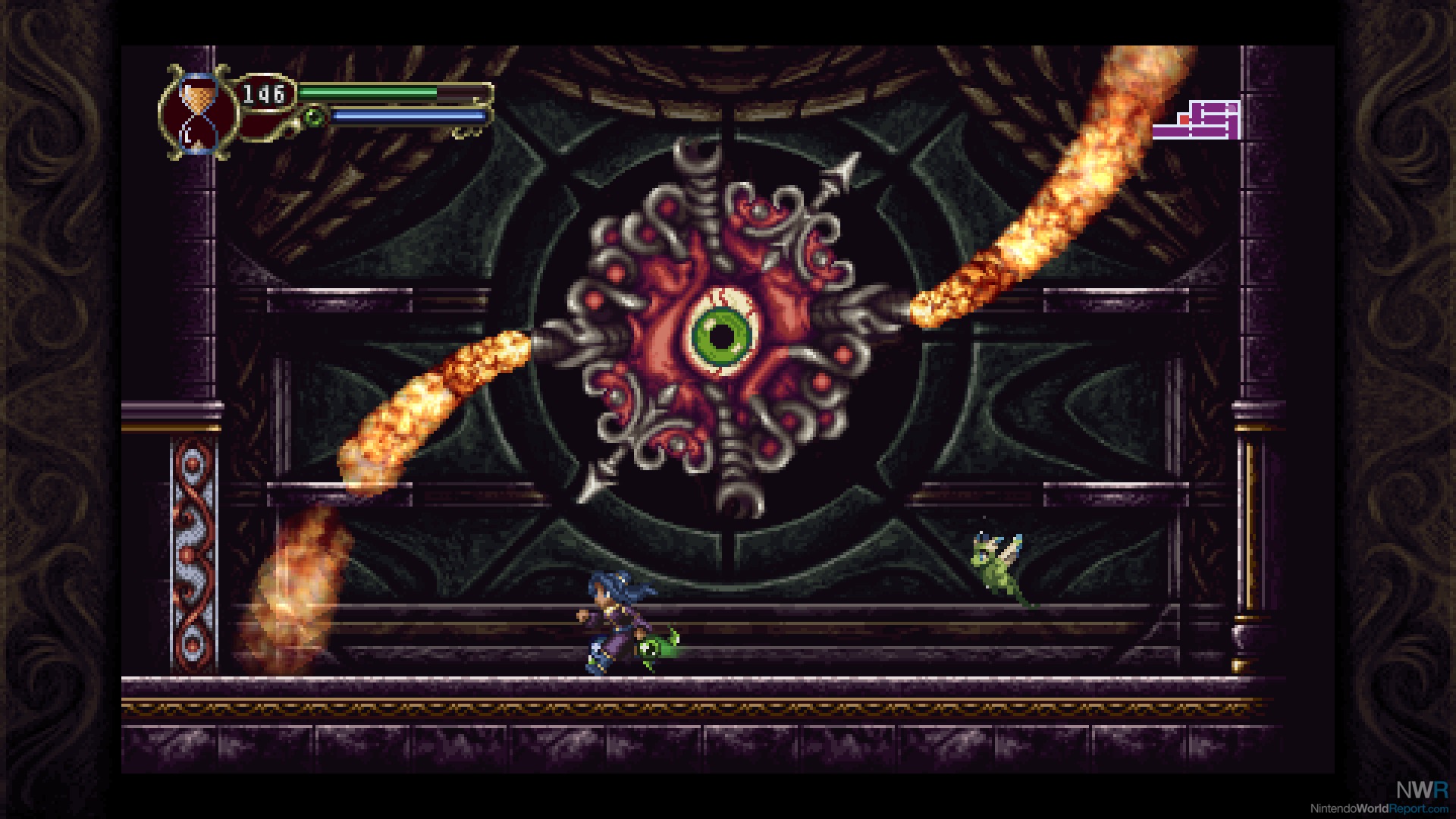 Fade away is another good term to use for what initially seems like the central mechanic of the entire game. Early on, you have the ability to freeze time, which leads to some interesting puzzles as you freeze enemies to use as platforms, for example. However, the time elements never feel fully realized. An hour or so in, you stumble upon the ability to travel back and forth in time, but you only have two different eras and the changes are more token than gloriously interwoven. Everything related to time just seems like an afterthought only really touched on in the story and a few of the side quests. The major saving grace is that there are alternate endings spinning out of the time travel conceit.

Even as I felt parts of Timespinner somewhat underwhelmed, it nails enough to make this an adventure well worth playing. The soundtrack from Jeff Ball (who also did the music for Tiny Barbarian DX) is an all-timer, capturing the tenseness of exploring ruins and castles while also nailing the emotional beats and feelings of the story. I was blown away by the soundtrack, and it’s one of my favorites in recent memory. 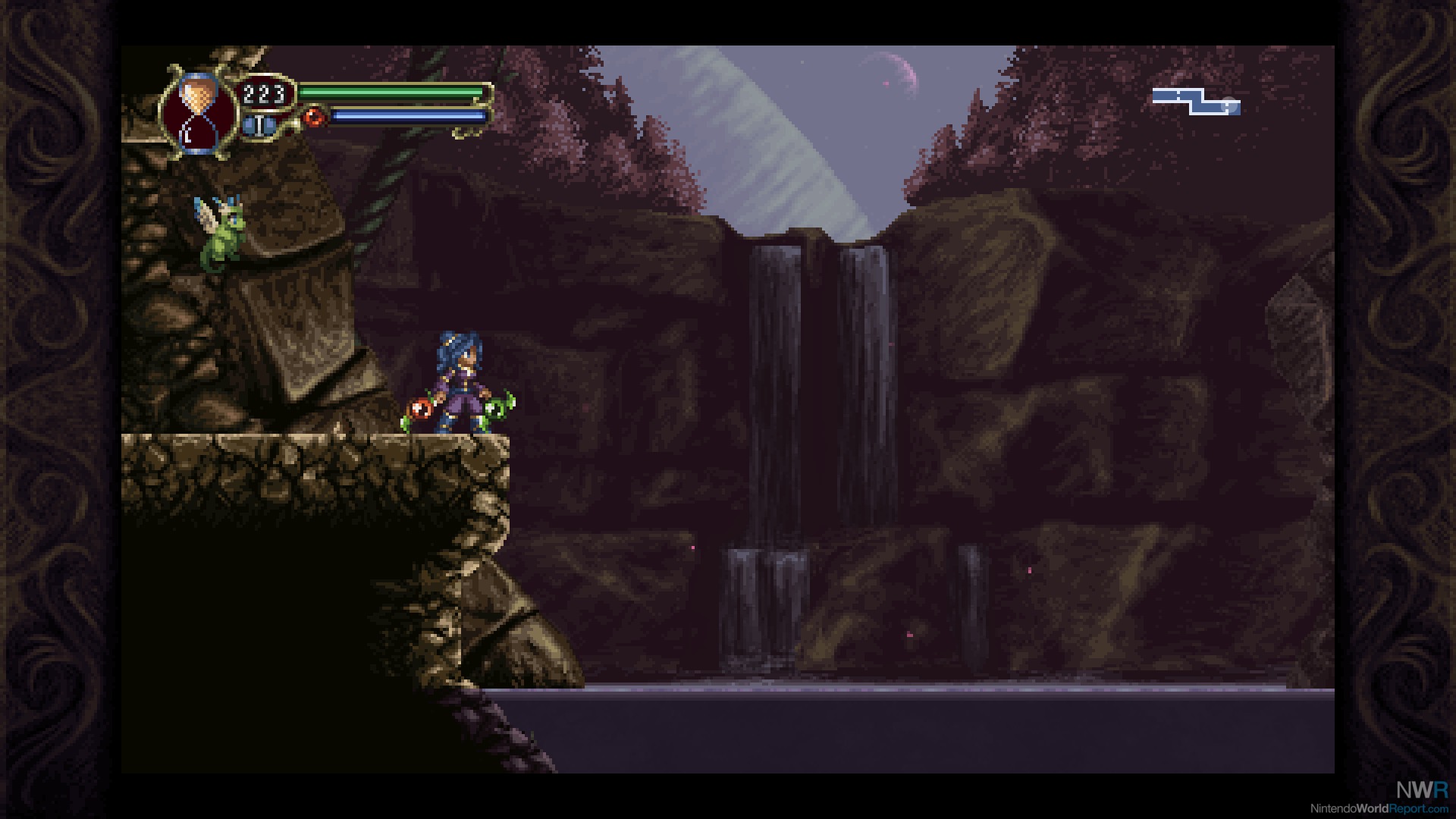 Paired with the soundtrack, the combat is enjoyable, if flawed. The mix-and-match style of combat equipment allows for much variety and keeps fighting fresh, which is important as you backtrack across areas for side quests and secrets. While side quests don’t often have the greatest rewards, they make parts of the story more personal while also providing another thing to do while you wander the map.

Timespinner is a highly enjoyable Metroidvania that plays wonderfully on Switch. While it’d be even better if the time travelling theme felt more integral to the gameplay, the game gets so much else right, ranging from the exploration to the dynamite soundtrack. It’s highly reminiscent of its Castlevania inspirations, but through an engaging story and diverse abilities, Timespinner weaves its own path through the annals of Metroid-inspired video games.