Imagine playing a tower defense game, however, instead of protecting yourself from waves of enemies you are the one assaulting a stronghold. Slime Tactics, from Altair Works does its best to create that vision by including most of what I would define as tower defense staples; levels with predefined enemies and patterns to defeat, a slew of upgradeable units that offer up different attack functions, and power-ups that can help you along the way. Featuring these genre hooks combined with the premise of working for the “bad” guys seems great in practice, but the overall lack of control and design decisions drag Slime Tactics from being great to just being okay. 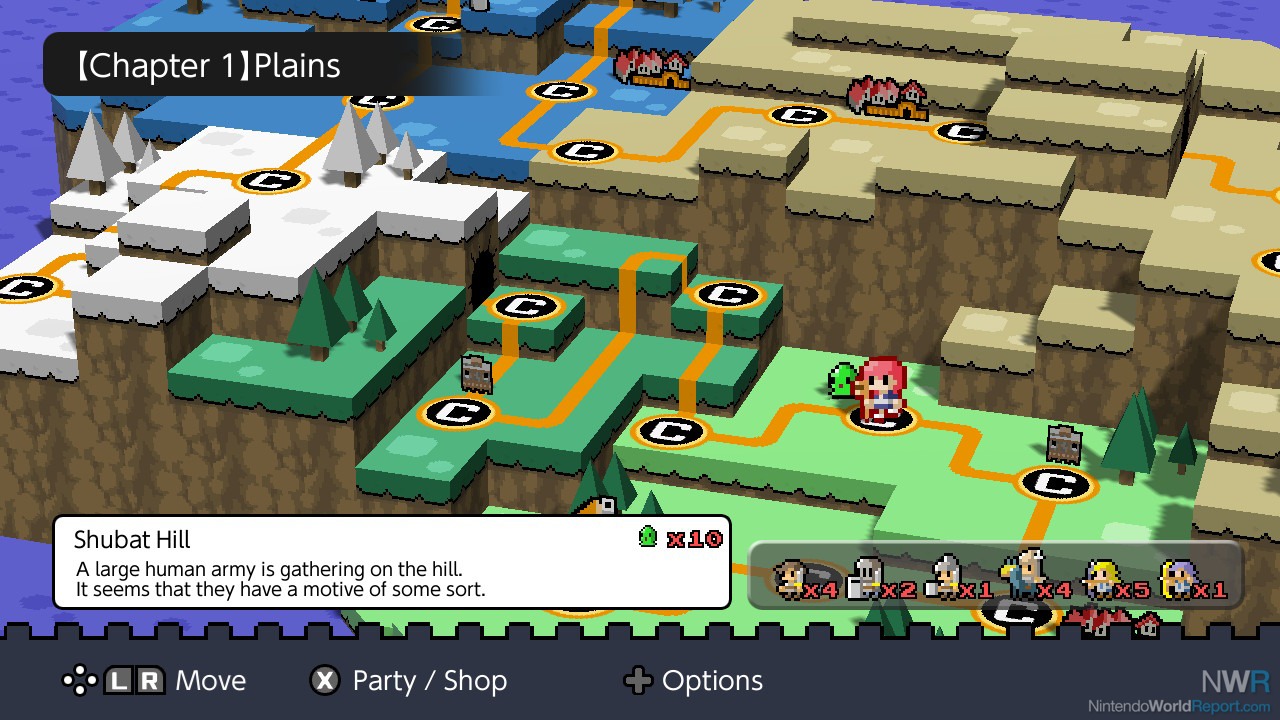 Slime Tactics plays simply with each stage by presenting a battlefield with various humans who fall in line with a generic damage triangle; archers who beat calvary, who beat soldiers, who beat archers. You take on the role of a human possessed by a slime who can navigate the grid in real time and deploy a limited number of slimes that can possess the enemy. Once possessed, the humans will redirect their attack on their own and eventually kill those remaining unpossessed. Placement of the slimes for human conversion has to be tactical to increase your teams combat potential, but after that, your control over what happens dwindles significantly. Slime possessed humans have a mind of their own and it is extremely challenging to force fights where you want them to happen. Some options exist to try and guide slimes individually or in groups, but this control just doesn’t seem to be enough to make you feel like you have agency over your success or failure in each fight.

When your team manages a win, Slime Tactics embraces a typical RPG leveling mechanic. Experience is gained for all slimes that participated in the battle, but the depth of this progression is limited. I could find nowhere that informed me what statistics were increasing, leaving me to wonder what grinding out levels actually meant. Going back to previous stages to level up seems to be required as well. Because of slime ineptitude once deployed in battle, the only way to get better for the hard fights is to train. Upgrades are doled out at a regular clip with either new items or slimes joining your ranks provided after the completion of nearly each level. This continuous change kept me interested so that I didn’t necessarily get bored with the same loadout forever. 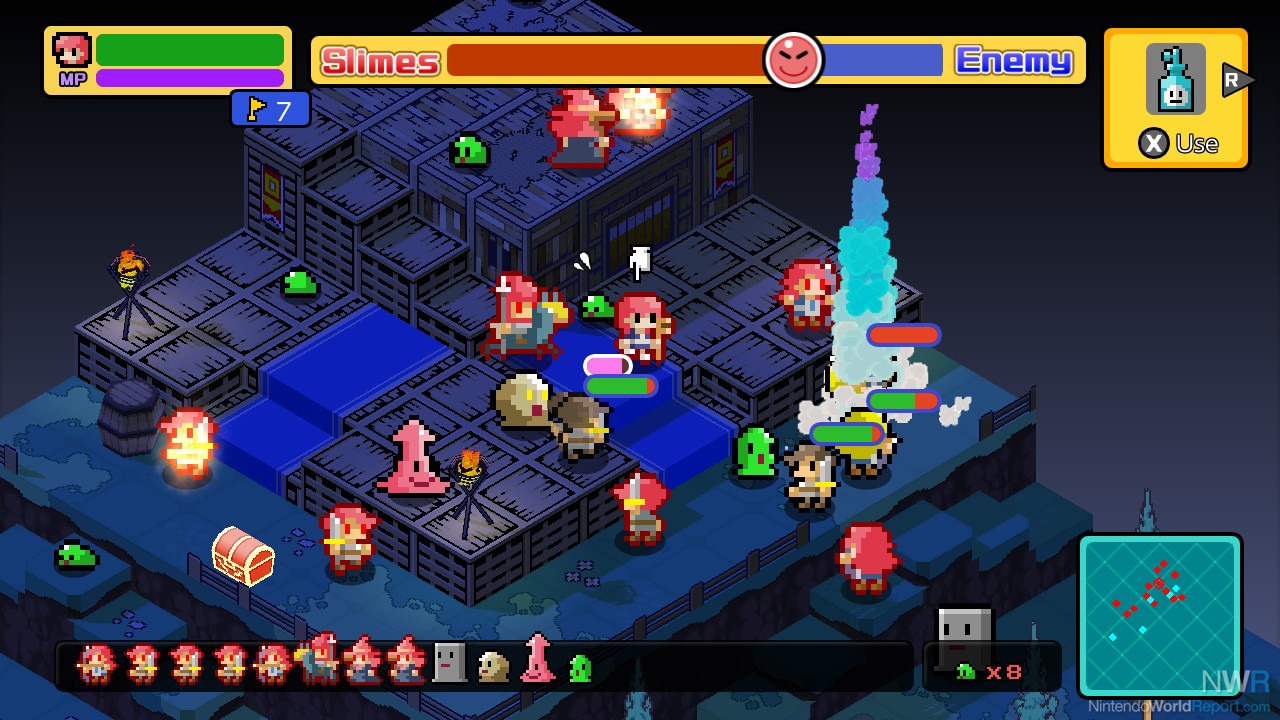 The look of Slime Tactics is what originally drew me to the title. Clean sprite work overlaid onto a grid based blocky map looks great. The design choice to make the boss of each world deviate from the character art style is odd though. Bosses appear as big blocky creations which immediately stands out as different and inconsistent. They don’t look bad, just out of place.

Slime Tactics falls into the category of a game that is cool on paper but only decent at its execution. Tactical placement with a neat story twist is interesting but fails to provide the level of engagement I want. The continual upgrades kept me moving ahead but I was still ultimately frustrated by the entire package given the grind that was seemingly required to compensate for poor AI.