Death is tapping at your touch screen, pleading with you to ignore the TV.

Unsurprisingly, Death Coming has mobile roots. They’re on full display when the game heavily implores you to use the touch screen, with so much of the gameplay being focused on moving across the screen, tapping objects, and pinching to zoom in and out. As long as you play this on your Switch on the go, though, the mobile nature of this game doesn’t drag it down. Exclude your TV from your playtime with Death Coming and uncover a cute little game that maybe just maybe you were better off getting on mobile. 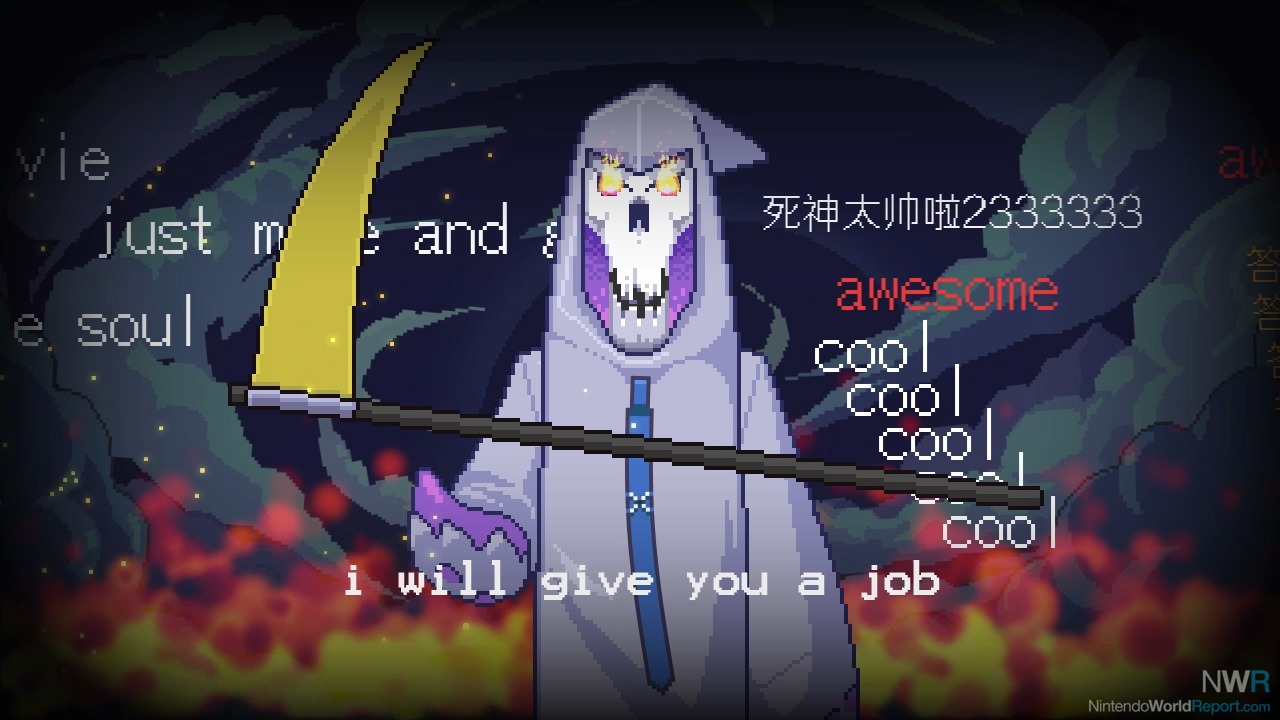 The hook here is cute: your character dies but then partners with death to work by his side. Your job is to Final Destination as many hapless people as possible in the most stylish, destructive manner. The pixel-art world is presented in an isometric manner where you scroll around looking for objects to interact with that can be deployed to kill. Tap on that air conditioner to drop onto the sidewalk below to kill a pedestrian. Knock down that electric wire so it lands in a populated pool. It’s all very morbid but the playful art style and animation prevent it from being too grimdark.

Over the course of the different levels that task you with killing a certain amount of people before moving on, twists crop up. Angels patrol the scenes, making you have to be smarter about your murders. Some items require more complex steps and setups to execute properly. In its highest moments, Death Coming reminds me of some of the Rube Goldberg machine moments of the DS classic Ghost Trick. All in all, it is often clever enough to be engaging, even more so as you reach the late stages. 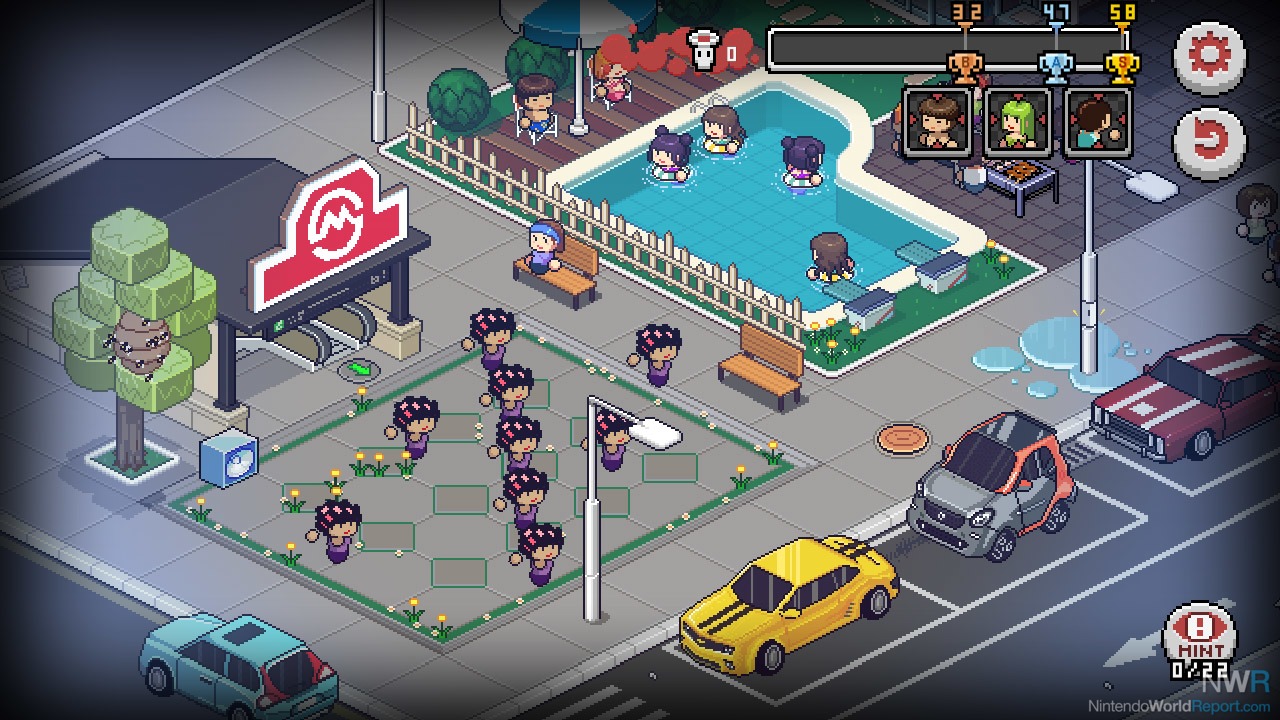 However, the high peaks are more fleeting, as the more common tone throughout this game is just a stable enjoyment that makes it a cute death march. The clumsy button controls make this a less than ideal Switch game. While the value proposition across both platforms is similar, it’s worth noting the first level is free on mobile. Maybe try it out there and if you’re still curious, hop over to Switch and play it handheld. It’s not worth trying any other way and it might be worth playing for the wanton death and puzzles.