Retro City Rampage DX was a Grand Theft Auto parody full of puns and pop-culture references. Everything about it worked together to support the time-travelling criminal premise. It was my first 10/10 review. I was excited to see that Vblank’s follow-up, Shakedown: Hawaii, returned to the format with an updated art style, new location, and light city-building. But while Rampage's ideas all worked in tandem, Shakedown: Hawaii seems to work against itself. 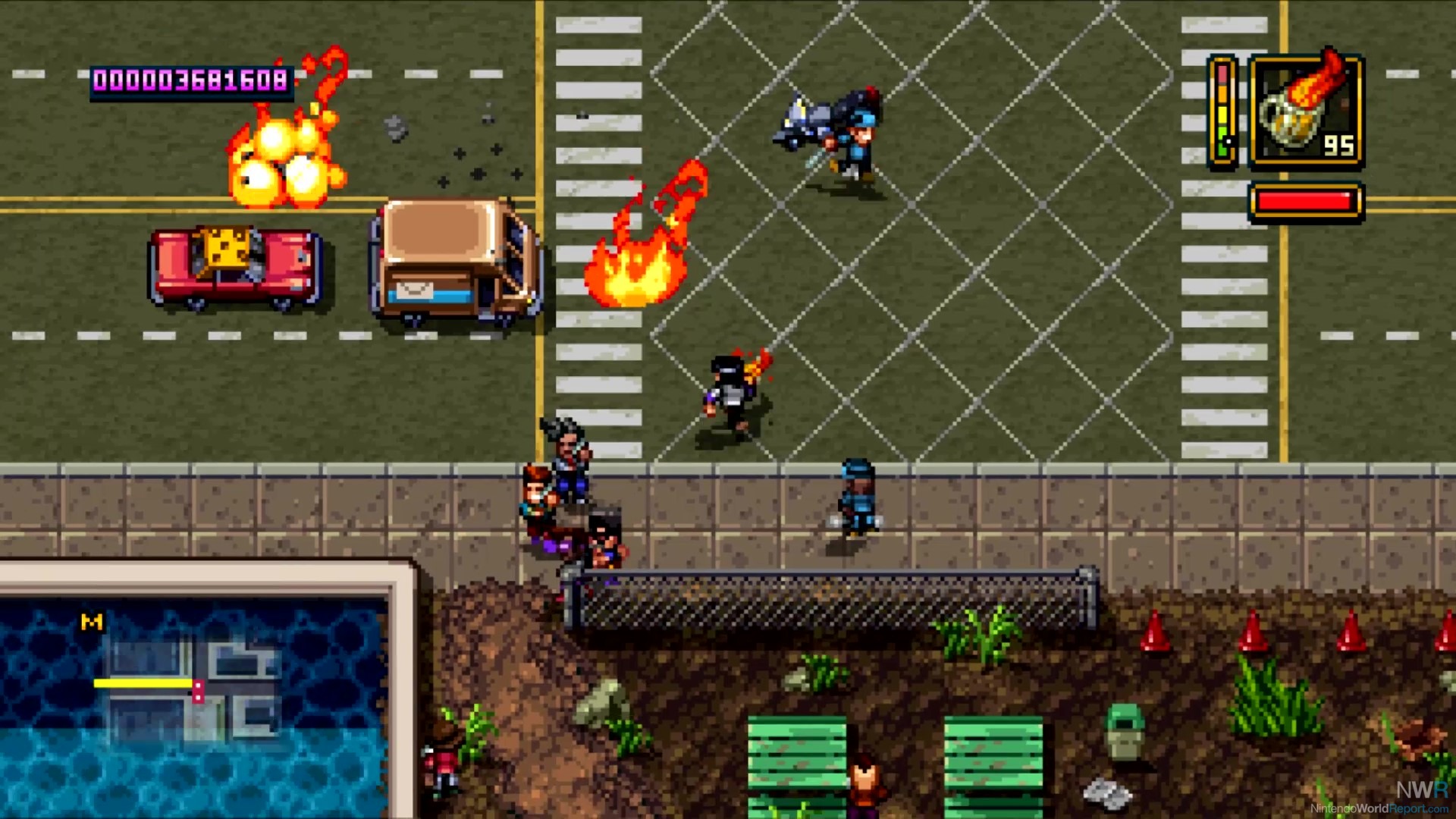 The player controls a grumpy CEO and author of “My Company Runs Itself: I'm at the Beach” with his company at the brink of bankruptcy. The CEO rises from his recliner to intimidate his competition into corporate takeovers. These missions see him travel across the Hawaiian island to shakedown small businesses through mob-style terrorism. Each store has its own requirements, like scaring off customers or destroying inventory. I'd shaken down the entire island within two hours.

The company makes a daily profit every few in-game minutes. Players can spend this money to buy businesses or exploitative marketing multipliers, like targeted ads and convenience fees. This is Shakedown: Hawaii’s unfinished focus. After a short bathroom break, I returned with enough money to buy almost the entire island. The uncooperative menu fought me after each purchase. I spent enough time on upgrades to memorize the button presses and maxed everything on autopilot. Real thrilling gameplay. I quickly amassed enough cash to clear any upcoming story hurdles hundreds of times over. 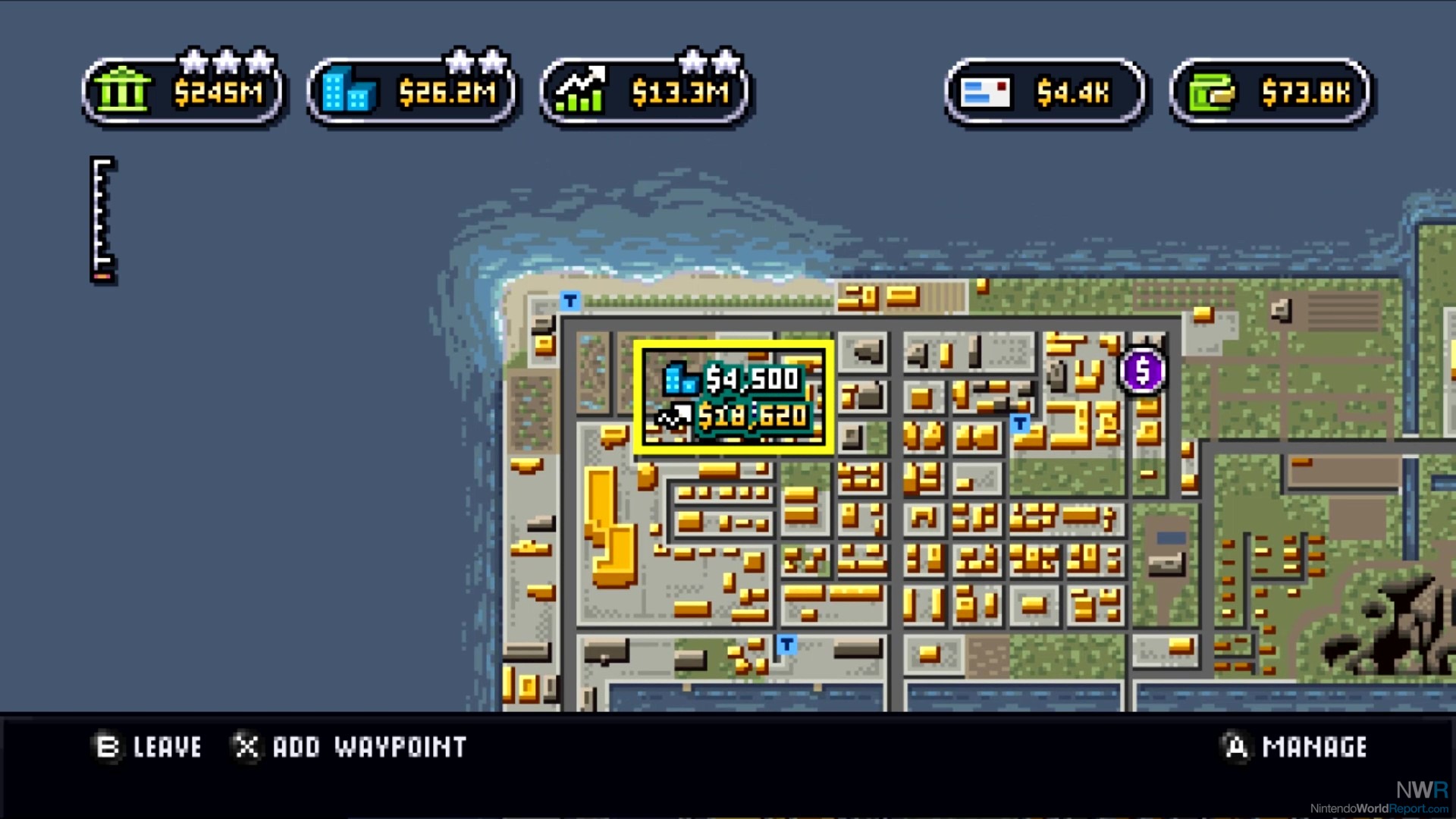 Story missions are dull. Most often, the CEO just drives from business to business to undo or react to some business mistake he made in a previous cutscene. While speeding through town and plowing through almost anything is a blast, that feels more like a leftover than a core mechanic. Only a few missions, starring a mysterious Spanish speaker taking over cartel businesses for the company, offer much action or challenge. Thankfully, when I had reached my absolute limit of cutscenes, the story abruptly ends.

Perhaps the shakedown missions were meant to be the meat of the game, sprinkled throughout the city like Hyrulian shrines, but they were far too easy and accessible from the start. Instead, most of my enjoyment came from stealing a car and torching everything in sight with a flamethrower. The CEO’s playable adult son, Scooter (or DJ Jockitch), is an insufferable send-up of “kids these days,” and the CEO is too cynical a parody of X-treme Capitalism. The observational marketing jokes just don’t land. At least the music kicks. 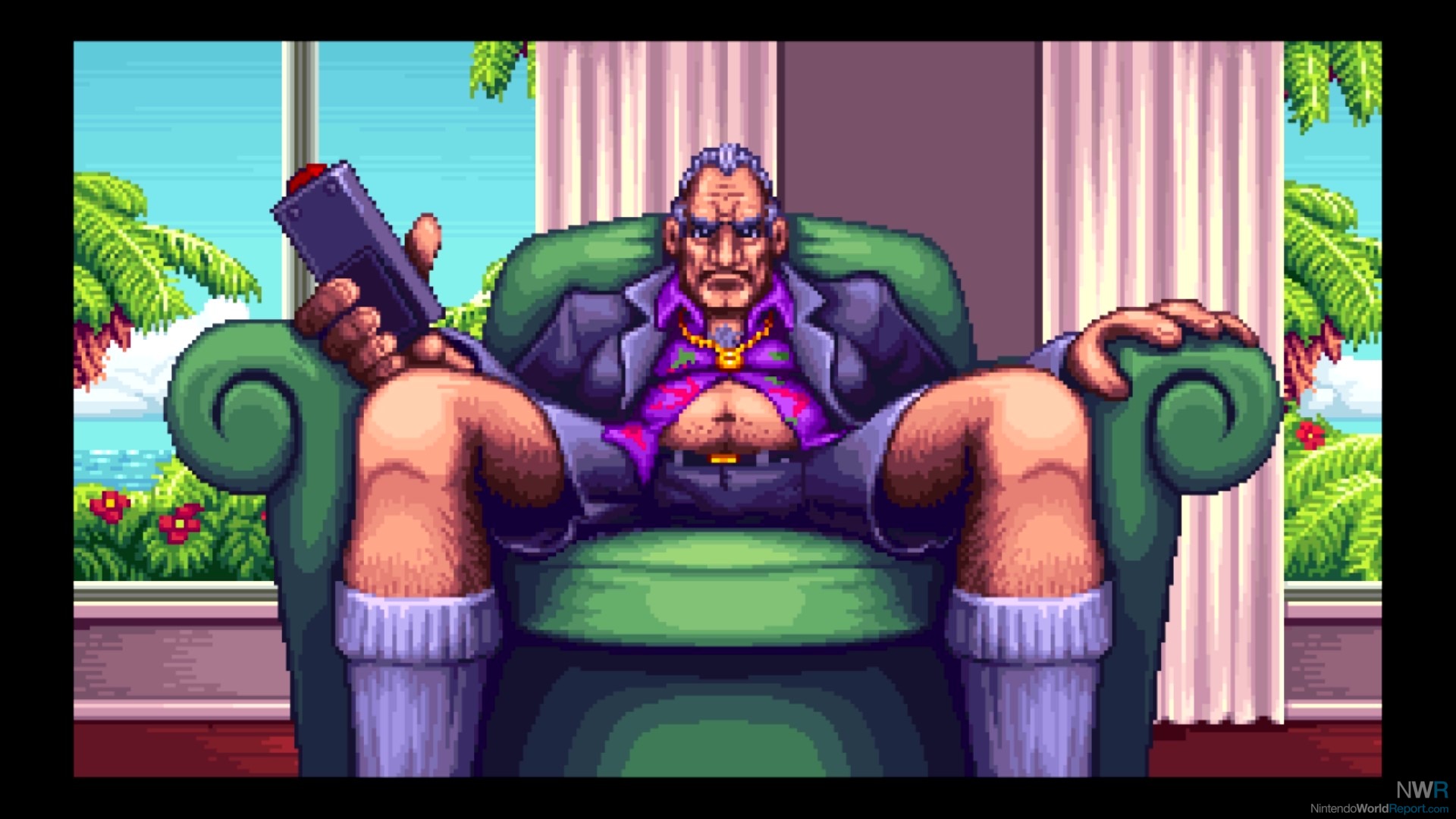 I'm not mad at Shakedown: Hawaii, just disappointed. Vblank demonstrated a deep understanding of mechanics-based story cohesion in its last release, but that seems to be forgotten here. The disconnect between plot and play in Shakedown leave both shallow and underwhelming.