Capcom seems to have an internal company rule: If it is an RPG, there are dragons, no exceptions. Breath of Fire and Monster Hunter both heavily lean into the draconic to provide both main characters and towering foes to overcome. During their more experimental phase in 2012, they unleashed Dragon’s Dogma; a unique take on the open world RPG that took lessons learned from their biggest hits and was intended to provide a more dynamic combat style. Seven years and one enhanced version later, Dragon’s Dogma has arrived on Switch and it lives up to the hype, but there are some technical problems especially if playing on the go. 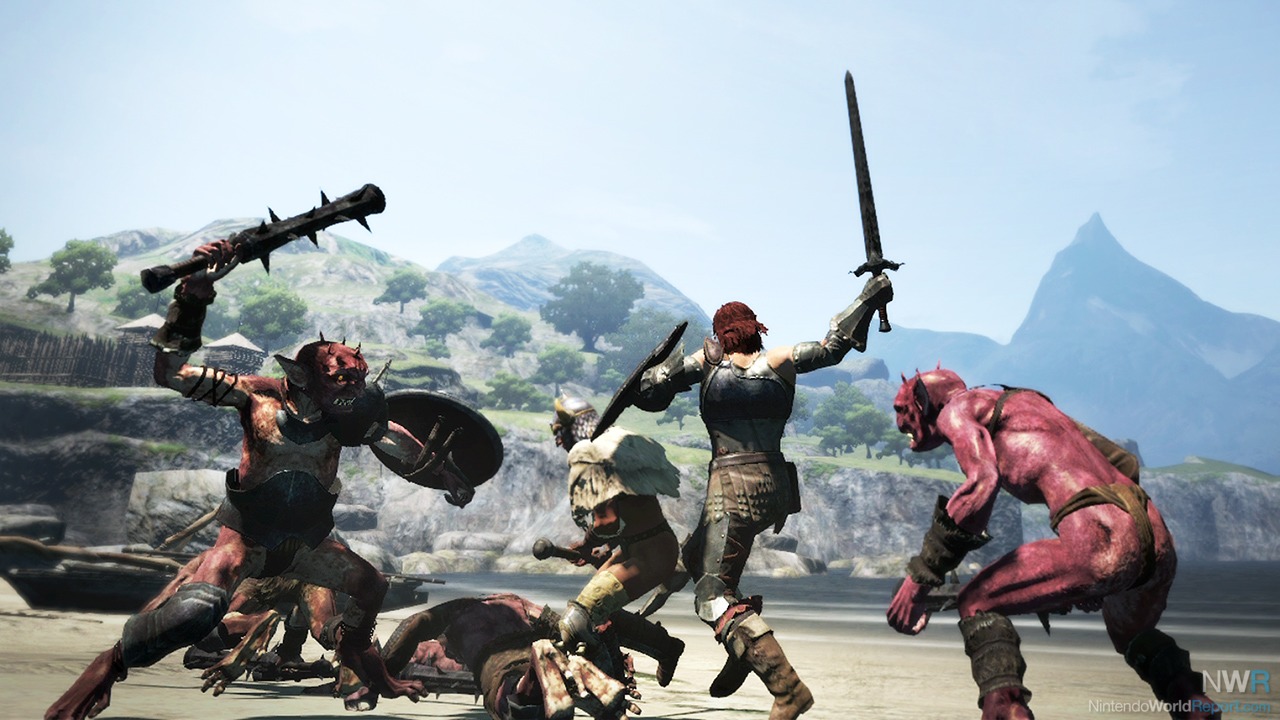 Like most open world RPGs, the character is the product of a creator that automates after the game’s prologue. Said main character proceeds to have their heart ripped out by a giant dragon, and they become the mythical “Arisen” as a result. What follows is the Arisen trying to build their strength through combat and other trials in order to become strong enough to slay the dragon and save the world. It’s a basic core plot, but the sidequests do a good job of fleshing out the worldbuilding. The final step in creating the Arisen is choosing a starting vocation - Fighter, Strider (bow + dagger user), or Mage - with advanced vocations drawing from combinations of the above three and later becoming something completely different. Melee combat is fun to work with, though I did find the Mage to be a little frustrating to use and ended up rerolling my character. If I was to roll for a third time, I’d aim for the Mystic Knight vocation, which is the combination of melee/magic user. There are nine different vocations, which provides a fair bit of variety, and it’s possible to see how the classes work by way of the game’s trademark Pawn system.

Pawns are a second character seemingly created - or at least summoned - by the Arisen to help them with their tasks. The max party size is four: the Arisen, a pawn created by the player, and two pawns summoned via the internet. Nintendo Switch Online isn’t required for this. With this system, it’s possible to open up multiple party compositions even if they can’t access the Mystic Knight or similar classes, and I found that I could focus on melee combat while running with two magic users so long as one of the pawns had a healing technique. There will be special pawns in the future, including Travis Touchdown, though they weren’t available for testing in the review period. I had a few sequences in the review time where the pawns wouldn’t run away when commanded, but that may have been my bad luck pulling slower ones. One problem the pawns do cause crops up when staying at inns. The player-created pawn gets their data uploaded any time you use an inn which always causes load times of over 50 seconds.

Going out in the semi-open world means a lot of combat, especially at night when the stronger foes come out. Thankfully, the combat is fun even late into the game, though the swarms after dark in the day/night cycle can be a bit excessive. The combination of not being able to see a long distance and the fact that enemy strength and numbers crank up at night can make it feel like there’s a dozen enemies on screen at once. Playing in handheld mode, I did notice that there were a couple of times where enemies dropped off the screen and viewing the night or dungeon scenes was a little bit difficult. I didn’t notice any frame hits, but it should run closer to the Xbox One or PlayStation 4 versions docked. When playing handheld it was about at the level of a PlayStation 3 or Xbox 360 version. Aside from the big inn loads mentioned earlier, the load times are about 3-5 seconds running downloaded on the Switch. 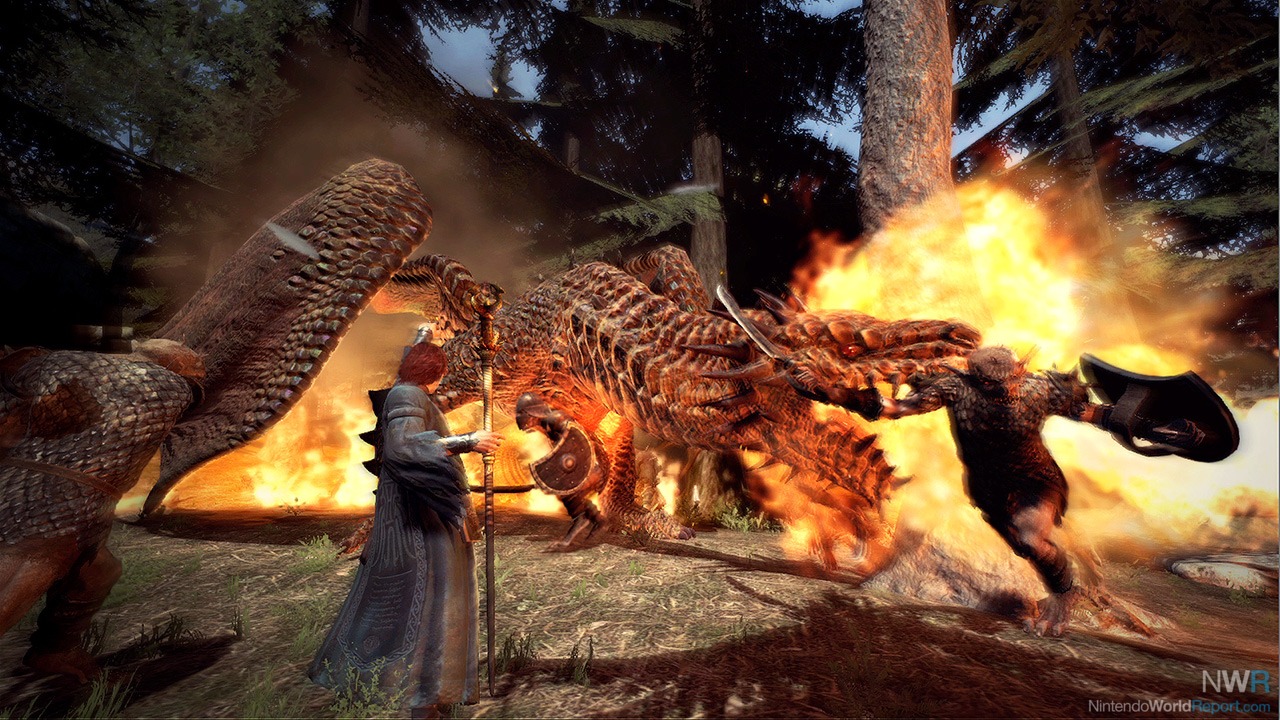 Before playing it on Switch, I always understood Dragon’s Dogma as one of the most underrated RPGs around. Having played it now, I really hope it doesn’t get overshadowed by the big RPGs, whether ports or original content, that are coming out around it. Dark Arisen has some of the most unique systems in modern RPGs, and great combat to go along with it. It’s a great adventure, and if they can improve the loads after the inns it’ll be essential.

A review code was provided by Capcom.

THE WIND IS PUSHING ME
https://www.youtube.com/watch?v=8XBlBPtQW6g

I already have it on PC and am not too keen on having it portable. But I'm eager to start playing it! It sounds like a flawed gem of a game.

So if I wasn't big on Skyrim, should I check this out or not bother?

I'm adding this to the short list of games I want to pick up before Fire Emblem drops.