Our World Is Ended (Switch) Review

Someone save me from this marshmallow hell.

With 2 to 3 visual novels a week releasing on Switch in Japan, the potential exists for some extremely high quality storytelling that works in any language. One that showed promise was Our World Is Ended, which gave me hope in its promotional materials that it’d be a goofy look at the power of alternate reality. Instead, I got a game that crosses the line of fanservice obsession twice, and whether through commission or omission isn’t even the same version of the game released in Japan. 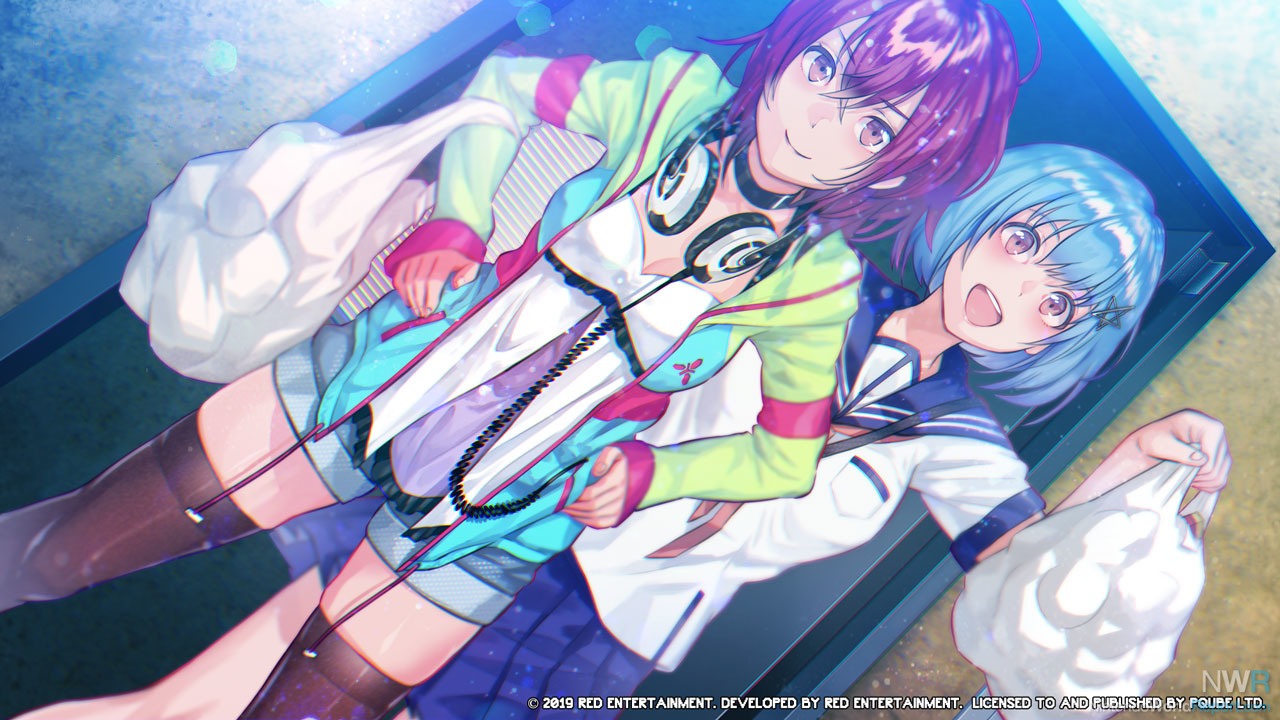 Our World Is Ended was originally released on the PlayStation Vita in 2017, and this version - ported to Switch as well as PC and PlayStation 4 - is the version of the game that Western territories will receive. The Japanese Switch version, which was a February launch, adds “30% extra plot, some post game stuff, and two extra characters” according to a translator. It’s highly likely that the timing didn’t work out for porting the “Judgment 7” version, but why bother commissioning a port to three platforms when there was a version being developed for those same platforms that could be worked from? The game had already been delayed once, and what we ended up getting definitely needed additional time in the kitchen so as not to burn out the translators.

The plot of Our World Is Ended is very rote. The perspective character is Reiji, a nebbish everyman college student who works part-time as the whipping boy for independent game developer Judgment 7. In addition to putting out fanservice laden titles, Judgment 7 is also doing some experiments with alternate reality, but one of the experiments warps Reiji into a mysterious alternate version of Tokyo’s Asakusa district. Upon returning, the Judgment 7 team discovers that elements of their past games are leaking into Asakusa, and they can’t leave until they deal with it. This would be a decent plot idea, but it’s quickly buried under an avalanche of interaction with the female coworkers largely focused on their breast size. The focus on the fanservice overshadows everything, and there were multiple times where I would just walk away because I couldn’t take it anymore. There are decision points, some of which are simple multiple choice, while one early one involves text scrolling across the screen way too fast for comfort. The Japanese version does offer the ability to immediately jump to decision points to speed up replays, but that option is not in the reviewed version.

A design decision that threw me for a loop was that unlike a supermajority of Switch games, the default controls are B to confirm and A to cancel. This can be remapped for ingame purposes along with all of the other ingame controls, but the menu still insists on B to confirm regardless. The font choice isn’t optimal, as there are frequently times when a sentence would finish on one line and then a single quotation mark would go on the next line. Some typos exist in the English text, though a good number of them were random double vowels (“loove” instead of “love”) from a character who is portrayed as a lovable airhead. The question of “quirk or typo” will come up a lot if you play this game.

Since you’ll spend a lot of time staring at the same group of characters, it’s important that they stand out and Our World Is Ended does a good job of that. No two characters are alike, although I wonder what the marks on the studio head’s neck/shoulder area are supposed to be. 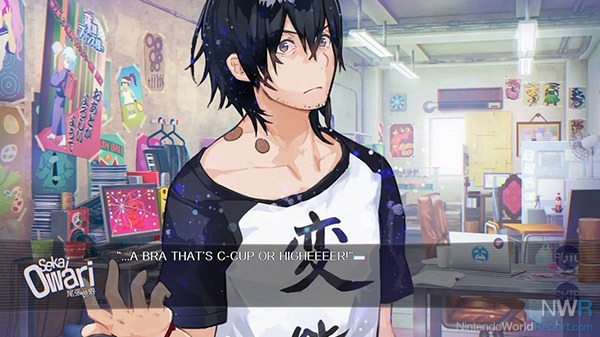 The backgrounds do change up enough given the nature of the plot, while the music doesn’t really stand out in any way aside from the takedown-bait track in the post-prologue video.

As it stands now, it’s impossible for me to recommend Our World Is Ended. The older version of the game we’re getting is missing a lot of quality of life improvements. Little things in the text set off my editor senses. The plot quickly derails and is so overbearing with the focus on fanservice that I wanted to scream. Maybe PQube should try again with the Judgment 7 version next year, but I’m not holding my breath for it.

A review code was provided by the publisher