Kairosoft has been slowly releasing its bevy of backlogged mobile simulation style games on Switch over the last few months. Artistically, many of these games appear similar, but they end up covering fairly different topics such as game development or the management of a mega mall. Ninja Village takes the approach of having you manage, you guessed it, a village full of ninjas. While this theme strays further from what the typical management style game serves up, Ninja Village still leaves something to be desired. 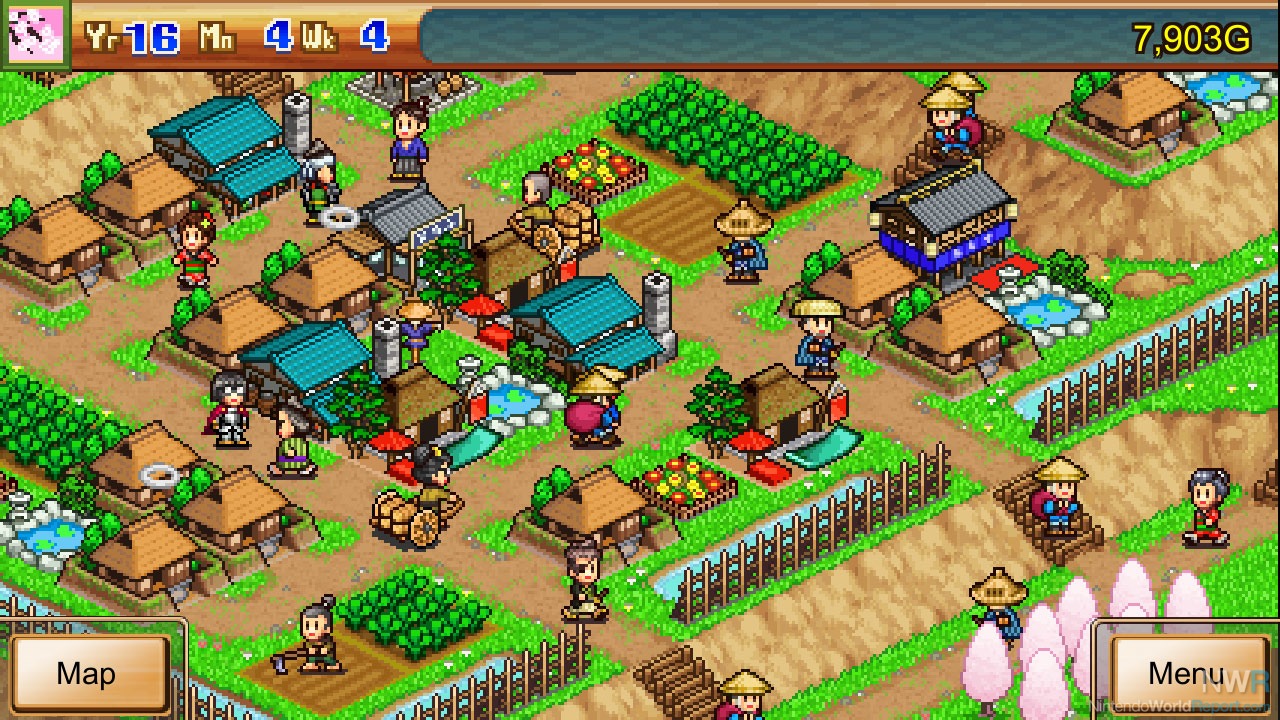 You serve as the lord of a clan of ninjas on a conquest to unite the competing clans around you under your rule. Accomplishing this goal means expanding your town to both produce and sell more goods in addition to supporting more townsfolk that you can then take with you into battle against the warring clans. Completing these goals shows how Ninja Village is filled to the brim with the typical trappings of a mobile clicker game. Every action you take is just to ensure that your wallet fattens even quicker in the coming in-game months. Thankfully, the details are a bit more nuanced than just clicking a button and watching the numbers go up, which means there are plenty of systems to engage with but none that are particularly deep.

The management of your town proves to be pretty lackluster as you place buildings and resource collection points around the expandable map that are used to house your villagers and provide places to work and make money. The game gives you no great way to know if your strategy for placement is efficient or could be better. Indicators of income per month or year are largely missing and it is hard to gauge if and when to change it up. Luckily, there is typically enough management and manipulation to do here that there aren’t huge amounts of downtime while playing. 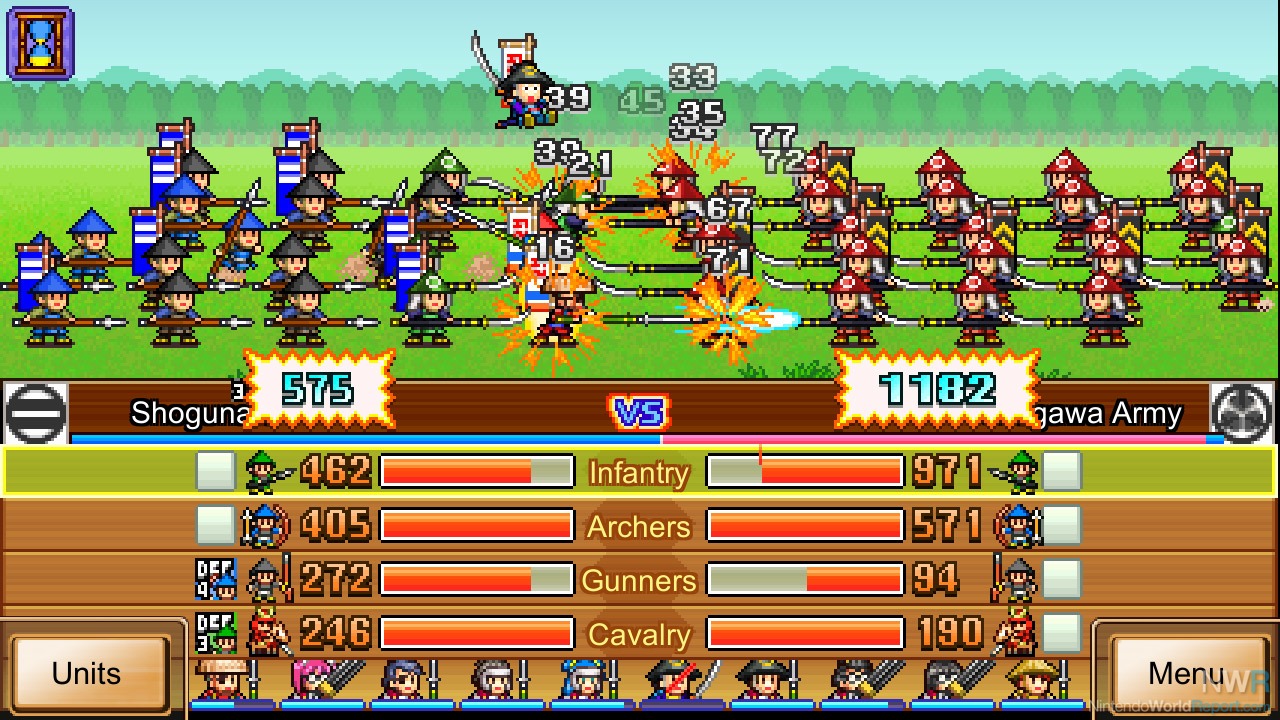 Combat with other clans is largely outside of your control as you simply stage who will be fighting and what gear is to be used. After that you sit back and watch the action play out on screen. If you win, you get rewards that assist with the grind to more income. However, if you lose, the game actually punishes you by increasing the strength of all of your enemies making it harder if you were to attempt the fight again. This introduces a risk/reward element to choosing when to engage in combat, but it ultimately ends up being more frustrating as you now need to grind even more than you originally would have had to in order to see a successful fight the next time around.

Visually the sprite work is generally enjoyable from a distance, but as you might expect, blowing up a mobile game to the big screen clearly has its downsides. Usually everything looks fine, but pixelation becomes clear as you zoom into the action. The music, on the other hand, has no positives to balance out its downsides. A single song plays while you are building the town and it’s largely forgettable. After 2-3 hours of play and hearing it incessantly, I couldn’t even hum its short looping tune.

Ninja Village isn’t great, but it’s not totally bad either. While it is filled to the brim with the mobile game formula, there is a decent amount to do that can keep a player engaged throughout its 5-6 hour main campaign. I feel each player’s mileage will vary with Ninja Village. If someone is able to get really into town building or truly optimizing their clan’s combat potential, there may be something here. For the everyday player that stumbles across this, however, there are better alternatives out there.