Giant robots are a real problem, especially for tiny humans. At the start of the game you’ll choose from several different character skins before jumping immediately into your first boss fight. There is no real tutorial, trusting instead that you’ve likely played video games before. A prompt does appear a moment before the first time you’re required to jump, but other than that you’re on your own. Ultimately this serves to just get you into the game, which I highly appreciated. The odds of Mechstermination Force being the first run, jump, and shoot game you’ve played is unlikely. 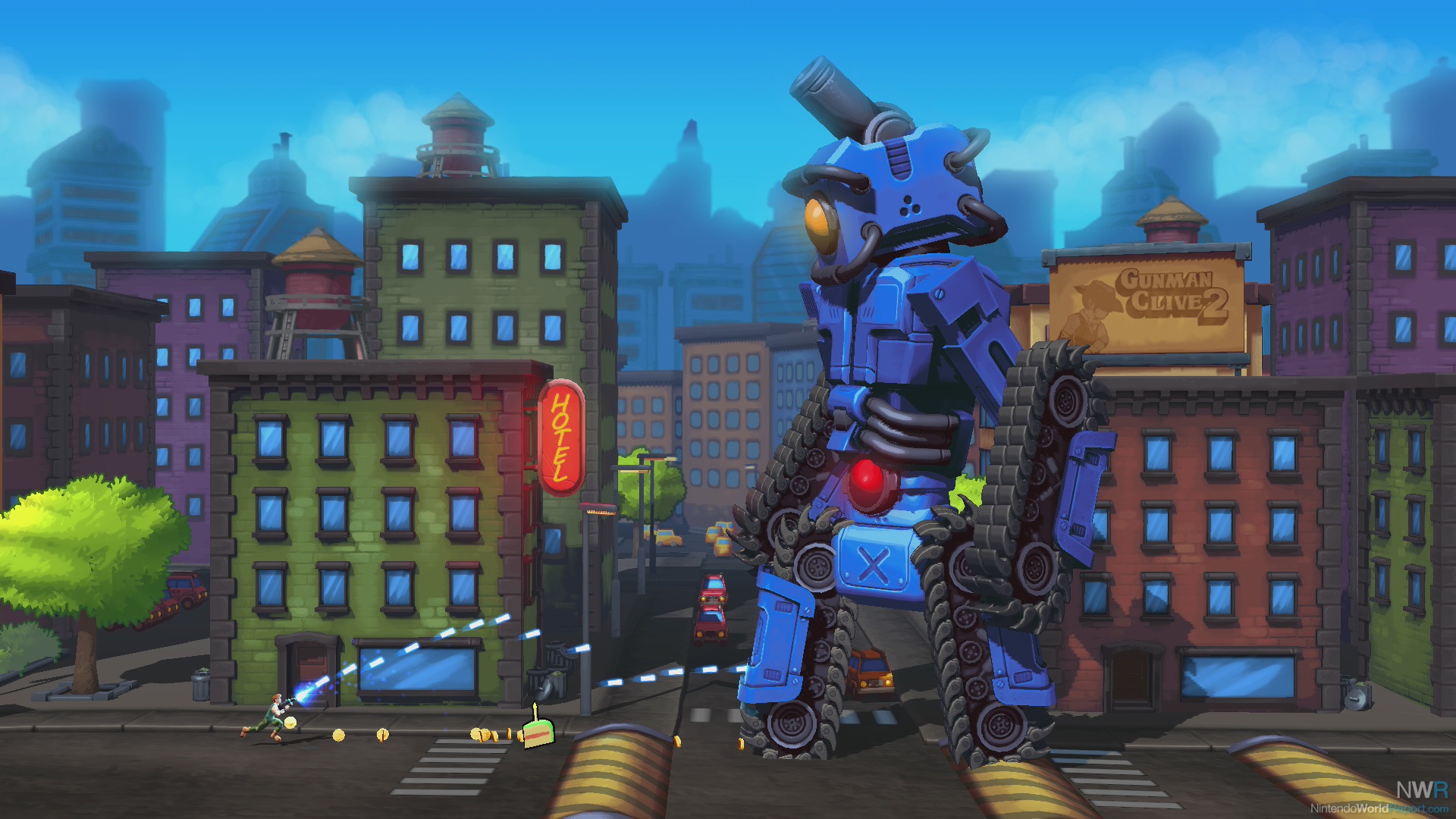 After each boss fight you’re sent back to a central base. From here you can talk to your compatriots, replay defeated bosses, and purchase upgrades. Replaying bosses allows you to earn additional money which can be spent on new weapon upgrades, along with both permanent and temporary health upgrades. At the start, you’ll be limited to a single weapon type, a machine gun style weapon. Despite being the base weapon, it doesn't feel underpowered. On the contrary, it will likely remain a go-to weapon as you progress. A few fights in, you’ll unlock the ability to grip on to metal surfaces, and this includes bosses. While gripping you can free aim, lending a feeling akin to Contra or even Metroid. This ability highlights what makes Mechstermination Force unique.

In a way, Mechstermination Force is a sort of 2D Shadow of the Colossus. Each boss has multiple weak points spread across multiple phases and varied attack patterns. To access them, you’ll not just be shooting from the ground, but rather climbing and jumping from place to place on the giant mechs. Especially since certain weak points can only be damaged with your short-range melee attack, forcing you to get up close and personal. All of this can also be done with a friend. With many of the bosses sporting multiple weak points, it is even possible for two players to completely split their attention across multiple parts of a boss. The only real weak point in these boss fights comes in the form of hit detection on your character. At times the hit detection seemed extremely generous as I gritted my teeth expecting death, only to have a shot seamingly pass right through me. Other times I felt unfairly damaged by a hazard I thought I was well clear of. This stands in contrast to the game’s otherwise tight responsiveness. If you’ve played Hörberg’s previous efforts in Gunman Clive 1 and 2, you’ll recognize the excellence with which Mechtermination Force controls. 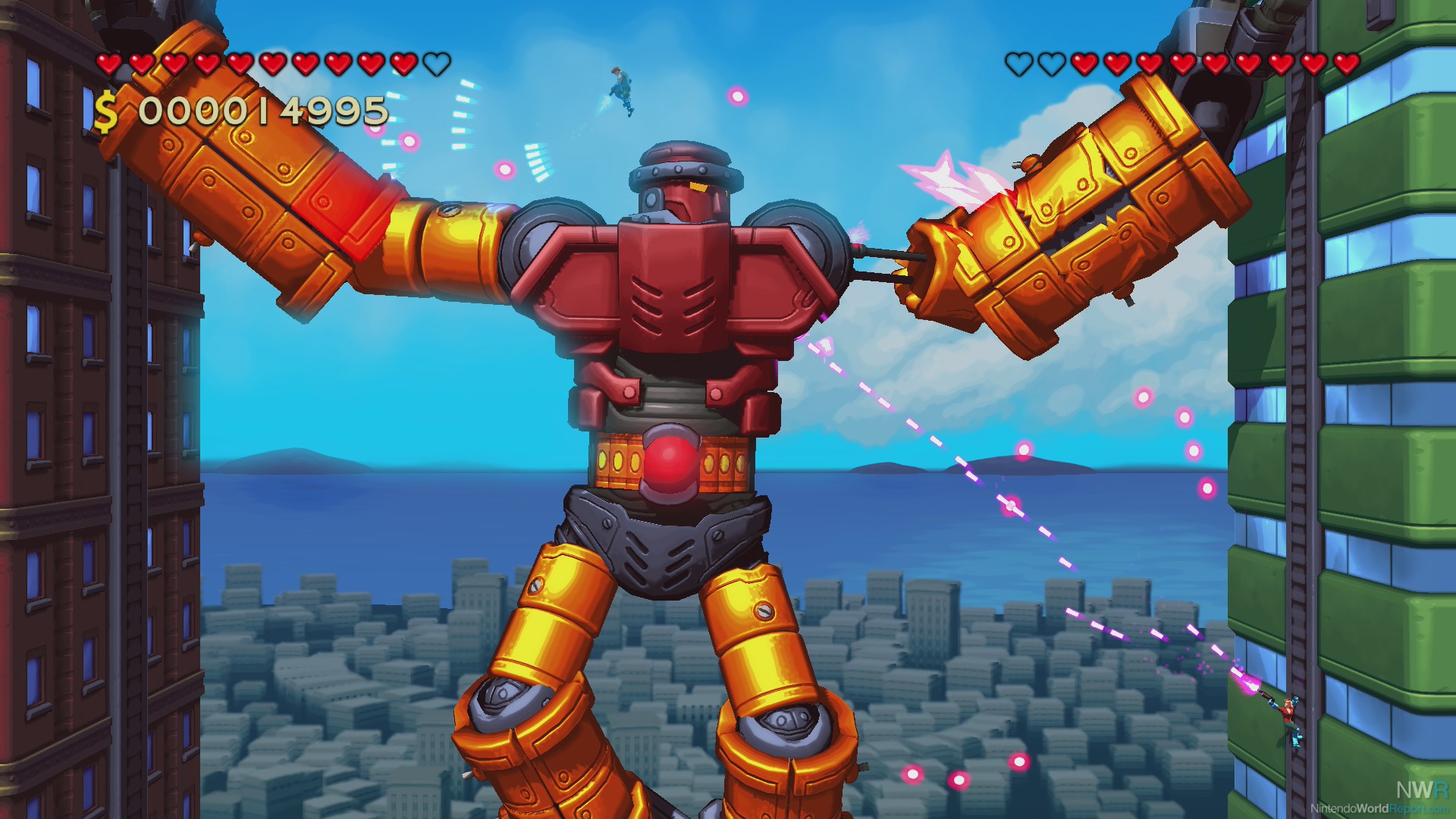 While the mechs are all giant, you can choose to take them on via a big screen or shrink them down and play on the go. Either way you’ll be greeted by absolutely gorgeous art direction, performance, and sound. Mechstermination Force is a game built from the ground up for Switch, and it shows in every department. Where so many bullet-ridden 2D shooters can become a mess of effects, Mechstermination Force remains consistently clean and readable. Performance remains nice and smooth as the bullet hell becomes thicker and the bosses get bigger. Additionally, the loading times after death are extremely short (bordering on non-existent), meaning that waiting to hop back into the action is never a chore.

Mechstermination Force is the most consistently fun 2D boss rush game I’ve ever played, and yes that includes a certain other boss rush game launching on Switch later this month. Every encounter is unique and challenging but never unfair. Each boss is uniquely designed, and realized with an outstanding degree of care and attention. From the moment you boot Mechstermination Force, it is immediately fun, and that fun never stops. This is a gameplay loop distilled to its purest form, and it is an absolute joy. 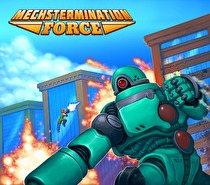