A unique but inscrutable narrative-brawler that might just hold your attention.

The Friends of Ringo Ishikawa looks like, and even feels a little like, NES classic River City Ransom. The two games have a similar emphasis on 2D brawler-type combat and both include purchasing food and books to replenish your health and stamina or improve your character. However, Ringo Ishikawa features essentially no hand-holding and just lets you play the game as you see fit, which differs from River City Ransom’s more linear leanings. While it starts off very slowly, there is something both frustrating and profound about The Friends of Ringo Ishikawa that I continue to ruminate on.

You play as Ringo, a high school senior who is contemplating, or perhaps ignoring, his options post-graduation. The story is told in fits and starts, which makes it a little less accessible. There are certainly a number of connected story beats involving Ringo’s friends and the people around town, but you have to seek them out, with many occurring seemingly at random. You might be running through the neighborhood when a cutscene takes place between Ringo and one of his pals; the two will just shoot the breeze about life and what the future holds as you look on. No decision-making or dialogue trees here. Instead, you see teenagers grappling with an immensely stressful and important time in their lives. Many of the questions posed by Ringo’s comrades and instructors elicit responses in the vein of “I don’t know” or “So what?”

The combat side of the gameplay doesn’t quite feel as responsive as River City Ransom. You can punch, kick, jump, and block as standard moves, but you also unlock special abilities through training and other methods. Early on, the damage you receive from your opponents will often be much higher than the damage you are dishing out, so it’s vital to recruit members of your gang to fight with you. You can even hop into the middle of a fight between rival gangs—looting the fallen fighters for their pocket money—and if you emerge victorious you receive experience points. Even if you get knocked out, you may still get experience and will just wake up in your apartment, but you do lose about eight in-game hours. There are stats governing how strong your punches and kicks are, and these seem to go up as you participate in more fights. 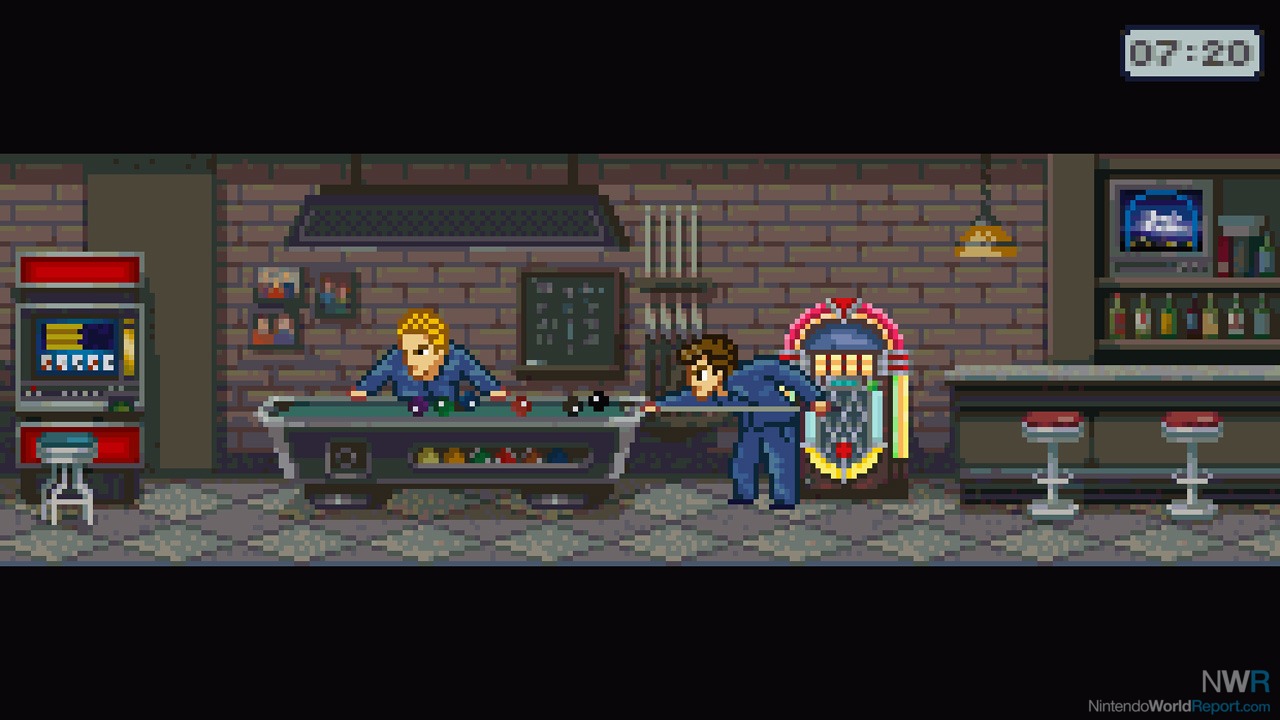 The other side of the gameplay involves narrative and simulation. Like games in the Persona series, you attend classes, study, and take tests to determine your grades. You can earn money through academic success, and I used this method to accumulate enough wealth to buy a game console and TV/VCR for my apartment. You can also work a part-time job as a form of income, but not showing up for work a couple times means you lose this opportunity. You can also train at a gym to earn SP, which can be used to learn new fighting techniques. Unfortunately, there are many NPCs you can’t interact with, and the ones with whom you can require that you be in a specific position to initiate conversation. Regardless, there is a fair amount of freedom to what you can do in the game, and I enjoyed it more after I stopped searching for narrative moments and just did whatever I felt like. 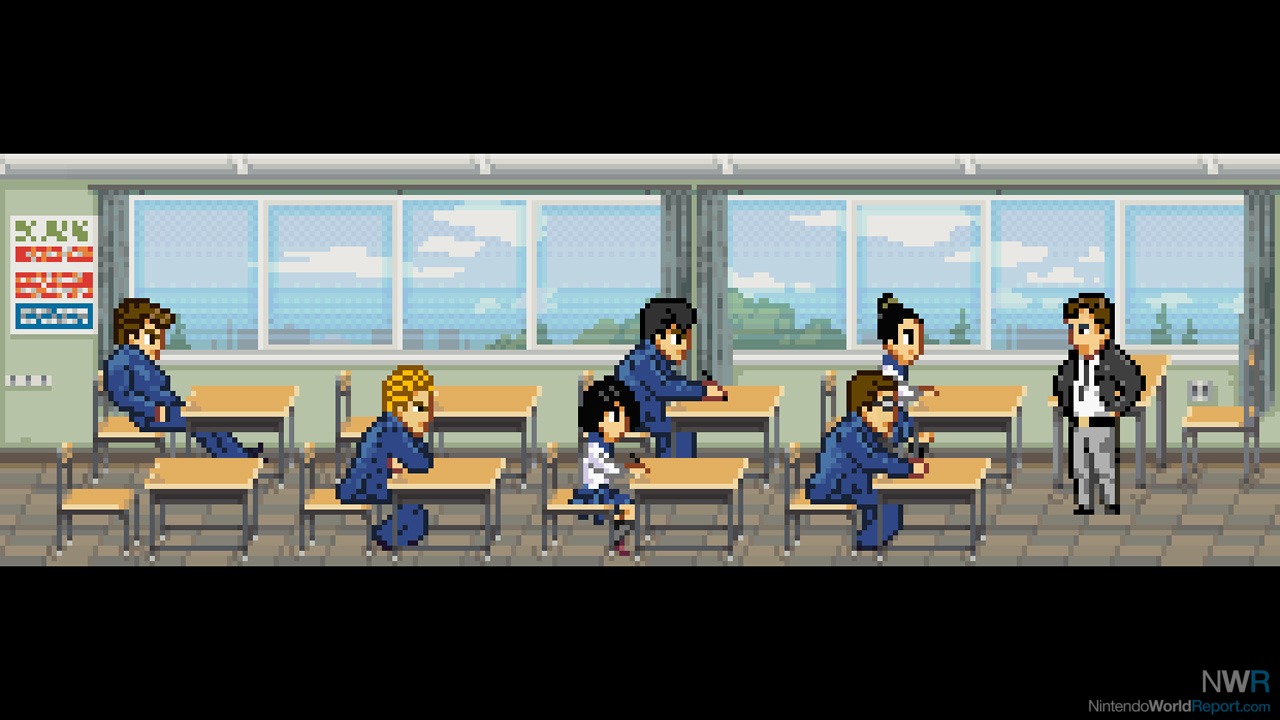 Fair warning, anyone who is looking for a straight-forward and conventional experience should keep looking. The Friends of Ringo Ishikawa gives you far too much freedom and explains so little of how to play and what to do next. There is no world map; there are no quest markers; there are no item descriptions. To get the most out of it, you need to treat it more casually, like you might with Animal Crossing. Playing it while listening to a podcast or watching TV or a movie is recommended. The Friends of Ringo Ishikawa isn’t about accomplishment; it’s about moving forward every day, a little bit at a time as you reflect on who you and your friends want to be.

I was honestly very frustrated during my first couple hours, but gradually I started to appreciate the slow burn that is The Friends of Ringo Ishikawa. Without question, it will not appeal to everyone, and the lack of tutorials, hints, and information is definitely frustrating. All that said, though, it’s a unique and interesting experiment wrapped up in a cool, pixelated graphical style and an atmospheric soundtrack that suits the game perfectly. Rather than playing it and trying to accomplish what a game might typically expect from you, I recommend finding your own way to enjoy this one. Discovering the routines, following them, and learning about the different actions you can take throughout the town are the best ways to become acquainted with The Friends of Ringo Ishikawa.