She Remembered Caterpillars, from developer Jumpsuit Entertainment, is comprised of a series of logic puzzles that can only be solved by guiding impish little creatures around small mazes until they reach their designated goal. Once each of these colourful creatures (known as “Gammies”) has reached its destination, they take flight and you’re moved on to the next stage. 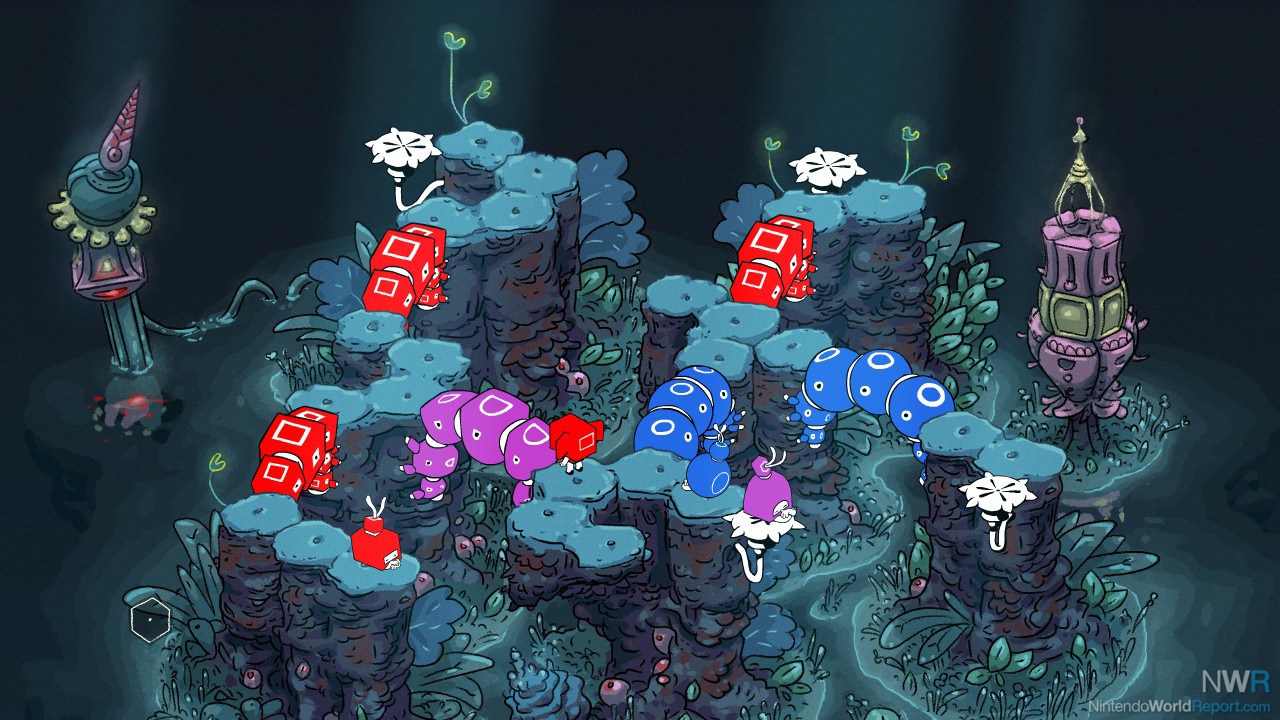 To begin with, this process is an absolute pleasure. Watching the Gammies frolic and skip around merrily at your behest is sure to endear all but the coldest of hearts. As you'd expect, the puzzles increase in complexity as you progress, and initially this gentle ramp-up serves its purpose of keeping things fresh and interesting. However, the new gameplay elements, whether it’s Gammies of a different colour or new obstacles, soon stack up to perplexing proportions. For example, only red Gammies can walk over red bridges, while red gates block red Gammies (stay with me here). Okay, now let’s throw a purple Gammie into the mix. Cast your mind back to art class and you’ll recall that purple is of course made by combining red and blue, meaning purple Gammies can walk over both red and blue bridges, but can’t pass through gates of those colours. With the tap of a button you’re able to separate secondary-coloured Gammies into their primary constituents, perhaps then combining a red and a yellow to make orange. Factor in other obstacles beyond bridges and gates, each with their own rulesets and functions and it quickly becomes an overwhelming amount of information to remember, particularly when some levels require you to plan out the solution several steps ahead. With all the forward planning and rules to remember, She Remembered Caterpillars doesn’t exactly offer the relaxed escapism its dream-like appearance suggests.

Unless you’re possessed with limitless patience, then the charming art style will undoubtedly be the biggest draw here. The mixture of organic-looking backdrops and those brightly coloured Gammies is vaguely reminiscent of Pikmin, albeit with a more washed-out, sombre palette. With the visuals perfectly complimented by a soundtrack full of texture and nuance, it really is expertly presented, to the point where it's almost worth brute-forcing through the latter levels in order to see the strange beauty that awaits in the next chapter. 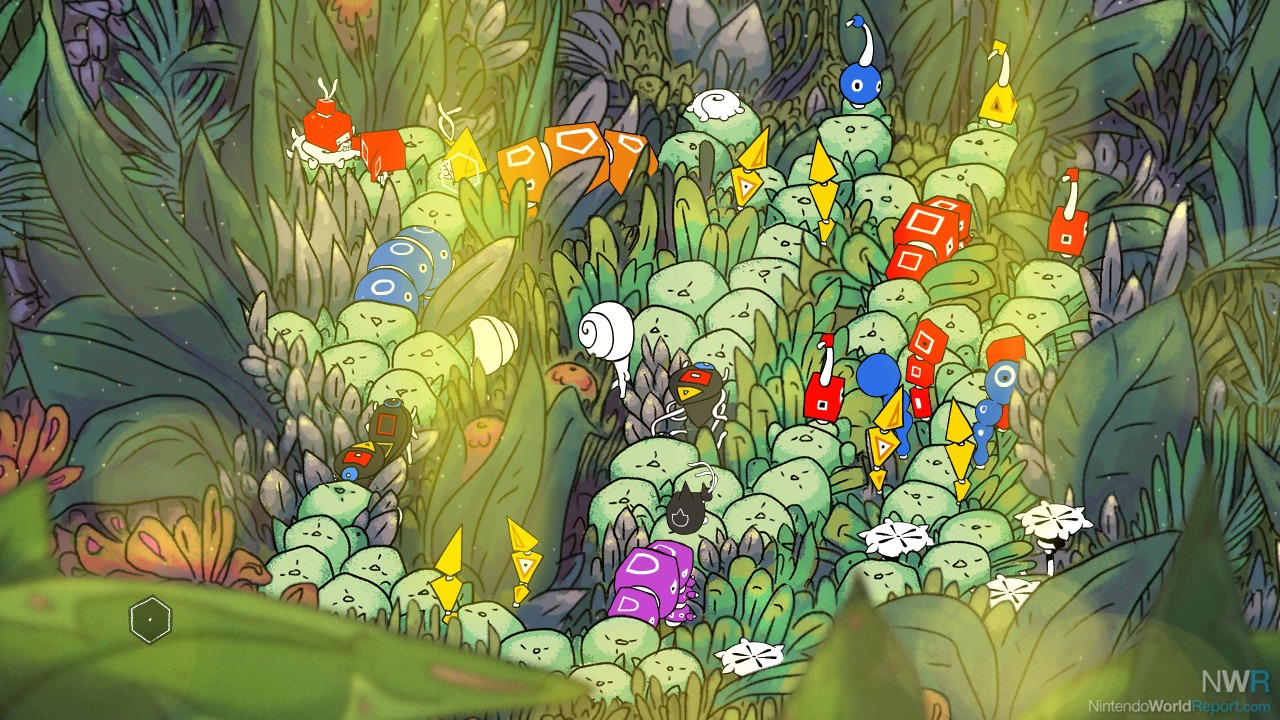 Unfortunately, I wasn’t able to see the game through to completion though, due to a bug preventing me from progressing beyond level 35 (there are 40 levels in total). When I reached out to Jumpsuit Entertainment they were reassuringly responsive, confirming that a patch would be released as soon as possible. Though it was annoying to be so close to rolling credits, I’ll admit I was a tiny bit relieved to have an excuse to take a break from the gruelling puzzles.

Some respite is offered between chapters, which are introduced along with a snippet of text, seemingly derived from conversations between a terminally ill man and his daughter. Heavy stuff for a puzzle game. The link between these story fragments and the actual gameplay is entirely open to interpretation and cynics might even argue that it’s arty-farty nonsense, but I was genuinely moved by some of the passages, despite never fully understanding their relevance within the context of the game.

It’s a great shame then that these moments of enchanting brilliance are completely at odds with gameplay that quickly becomes off-puttingly frustrating. The addition of some sort of hint system would certainly broaden the appeal, but as it stands this is likely to appeal to only the most hardcore of puzzle fans. A game that masters the intricate balance between challenge and fun is a beautiful thing, so it’s unfortunate that a beautiful game like She Remembered Caterpillars falls squarely on the less favourable side of that equation.