The biggest surprise about this motorsport game is that the mechanics quite rock.

About a year ago, I took a look at a curious racing title called Monster Energy Supercross - The Official Videogame. The game was laughable, with tons of pop in, terrible physics, and a lot of missing features. The sequel tries to improve on the game from top to bottom, but is it enough for me to care for any length of time? The short answer is honestly no. The longer answer is a lot more positive than you might imagine.

To be completely frank, I have to hand it to the developers at Milestone. They could've phoned Monster Energy Supercross 2 in like last year, but it is clear that they listened to how people reacted to the first game. The differences are instantly clear: sharper visuals and less rough edges result in a much nicer title to look at. Supercross isn't without its problems, like some chugging in the frame rate, but the overall picture is what matters here. Sadly, the long loading times of the original haven't been adjusted, so every retry is a rather painful affair. 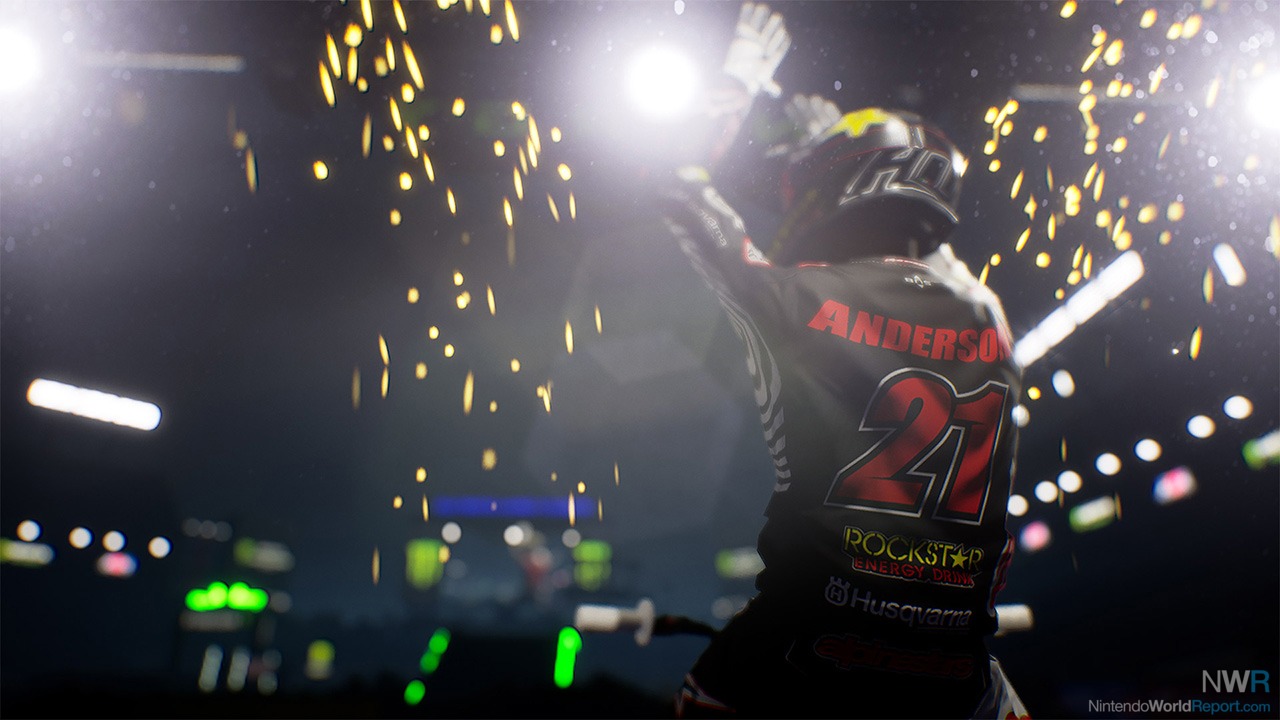 This ties in to another aspect that really hasn't changed. The player will be going through an entire season of Supercross, duking it out across a variety of races. For this version, you will have the ability to tackle extra challenges and train in arenas to perform all the tricks you want. This adds some nice bulk to the overall proceedings, but the main course remains the solid foundation that was present in the first game. That being said, I had more fun during this run of Supercross. The rider has a weekly agenda where nothing feels exactly the same and is overall just quite entertaining.

I do think that the Compound mode, the sandbox practising areas, could've been a bit more involved. Most of the time, you are just doing tricks and then moving on. In an ideal world, I could see this as a place to do dumb things with your friends. While that hasn't been fully thought through, it was absolutely lovely to see online multiplayer as well as the track editor from the other versions available here. These features add the needed longevity that the previous Nintendo Switch was so utterly lacking. Outside of the same technical problems, it feels very quick and snappy, too.

The final problem on the gameplay side is that Monster Energy Supercross 2 can feel quite grindy. At the end of my initial campaign run, I had just enough credits to unlock a decent range of items. For the most part, however, some dedication is required to get every cosmetic for your huge roster of racers. This has never been a problem before, and the publisher isn't offering credits in the Nintendo eShop, so I'm not even sure why the game is set up this way. 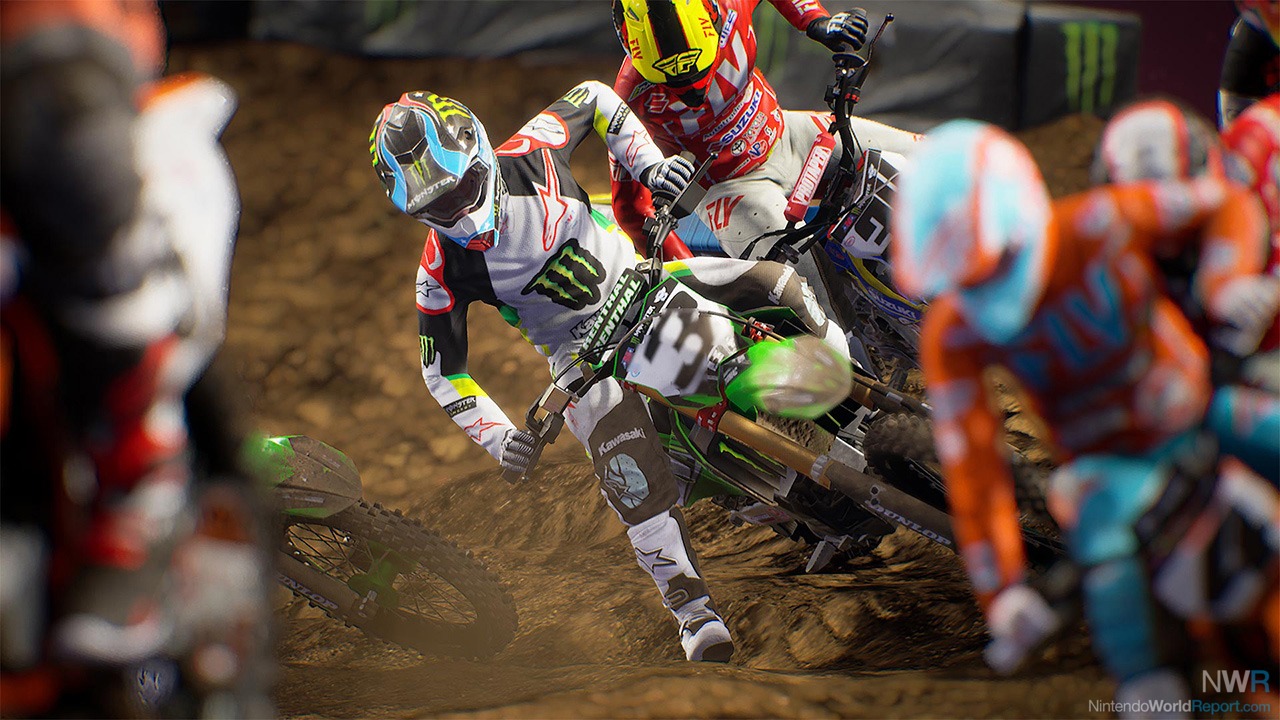 Going back to the positives, Monster Energy Supercross 2's physics system has seen an incredible overhaul on Nintendo Switch. The previous game made everything feel floaty and gave the motorcycles very little weight. The developers basically threw out what they had and rebuilt it from scratch. The result is a more-involved system where the cycle glides along with your movement. This makes jumping, accelerating, and performing tricks feel more natural. The rhythm of traveling forward and making turns feels a lot better than I had any hopes it would be.

The thing with Supercross is that it’s good but not outstanding. The track designs don’t really stand out in any specific way, even if they are fairly accurate to the sport. Milestone has made this game with a specific audience in mind, one that is now better served than before. In my mind, however, I find it hard to go back after finishing up the campaign. Not because I don't like it, but the game doesn't make me feel invested enough in what it’s trying to pull off.

With Monster Energy Supercross - The Official Videogame 2, Milestone has finally reached their true potential. They managed to make a decently fun motorcycle game that knows its target audience. The physics and individual gameplay elements are very much improved and will make potential racers grin. While I don't see myself going back to in the near future, I can't deny that the game is made well enough. Sometimes, that’s just enough to keep me entertained.