So as I pray, unlimited anime works

Two years after the ungodly popular Fate series made its debut on Switch with the original Fate/EXTELLA, Marvelous and XSEED have run it back again with Fate/Extella LINK. I went in expecting to basically relive the plot of the previous game with a few new characters—think Hyrule Warriors Definitive Edition—but instead I got a brand new storyline that makes just about as much sense as the first game’s. 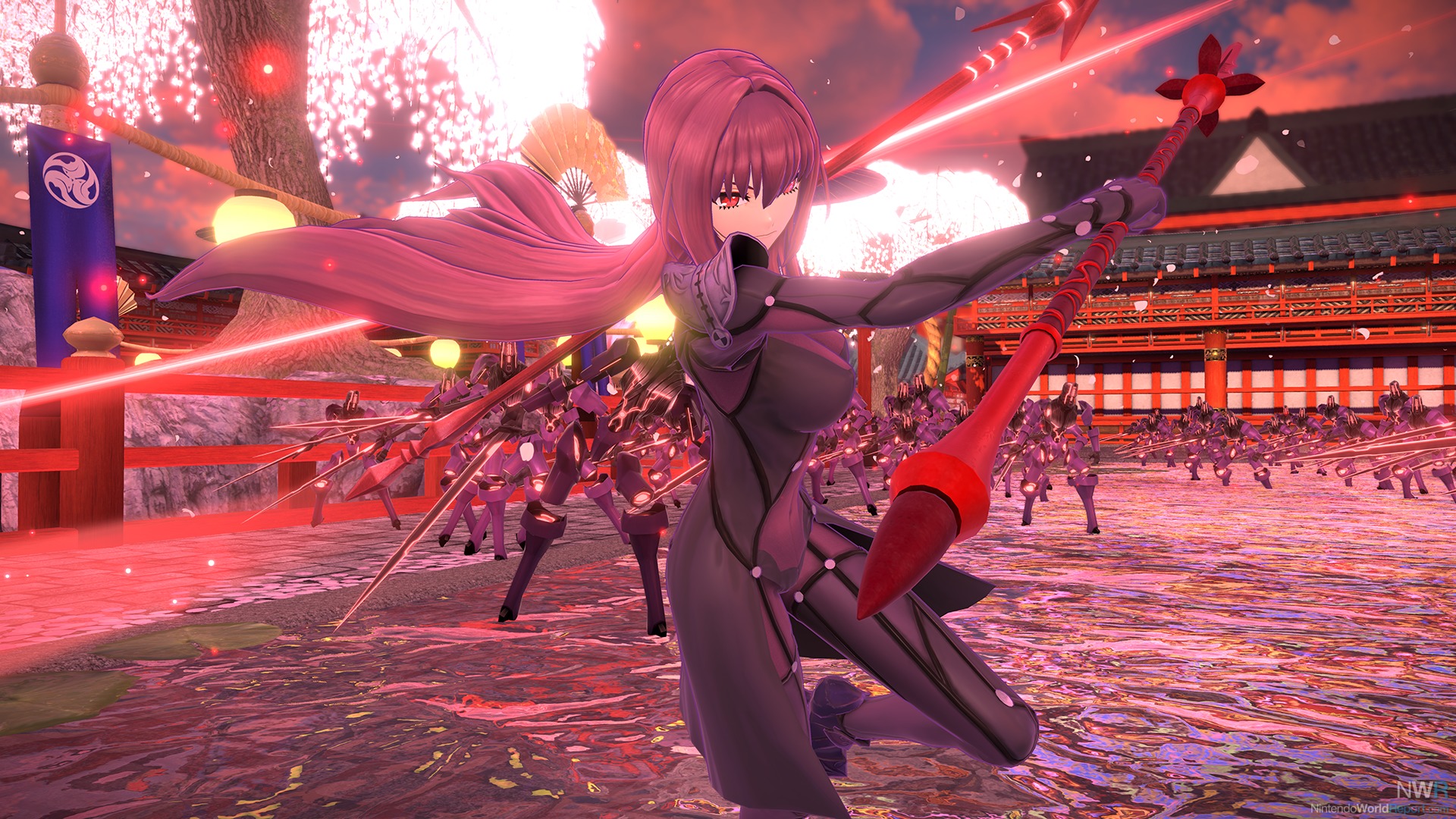 The Fate universe centers on a player-chosen “Master” who in LINK was the winner of a previous war that gave him control of the Moon and the Servants who fawn over him. These Servants, who you control in the combat proper, are based on characters of history and mythology: my party at one point had King Arthur, Charlemange, Robin Hood, and Nero in it (Though my history is a bit sketchy, I don’t recall the Roman emperor being a well-endowed blonde woman). This time, the Master is looking to hold off an invasion from a malevolent entity who is trying to assimilate everyone on the Moon through a process known as “Oraclization.”

LINK’s action involves mowing down swathes of mooks with basic attacks, while using escalating levels of special attacks to take down bigger enemies and named bosses. Basic combat runs off Y and X, while first-level special moves fire with R plus a face button. The second-level skills, known as Drive skills, build up a meter that eventually allows for the unleashing of the screen-clearing Noble Phantasm technique. The Noble Phantasm attacks wipe enemies off the screen but have voiced summoning cutscenes that looked at Final Fantasy summons of the PlayStation era and figured they needed to be longer. Thankfully, these scenes are skippable.

There’s a lot of choice in the mission structure this time, even setting aside the four difficulty levels (the hardest of which needs to be unlocked). Each mission is a day, and after day 1 there’s a choice of which mission to move to, complete with a handy flowchart. Depending on the path, credits can roll in about 10 hours, but that requires sublime skill and probably playing the missions on Easy. It is possible to double back to earlier days to clear all the missions, which also allows for more experimentation with the Servants; there are 26 to pick up during the course of the game, each with their own assignable skills, unlockable costumes, and support conversations.

I didn’t encounter any issues with the game when playing on TV, but when playing in handheld mode there was one instance where the game froze for a few seconds. It happened after a cutscene while moving around a hub world, but I wasn’t able to recreate it. I also noticed that my kill counts tended slightly higher when playing on TV, but the difference wasn’t as stark as when testing the co-op play. There is also an online mode with 4v4 battles, and I didn’t notice any issues with the performance aside from having to replay part of the game on my main account that has the active Switch Online sub instead of my reviewing account. 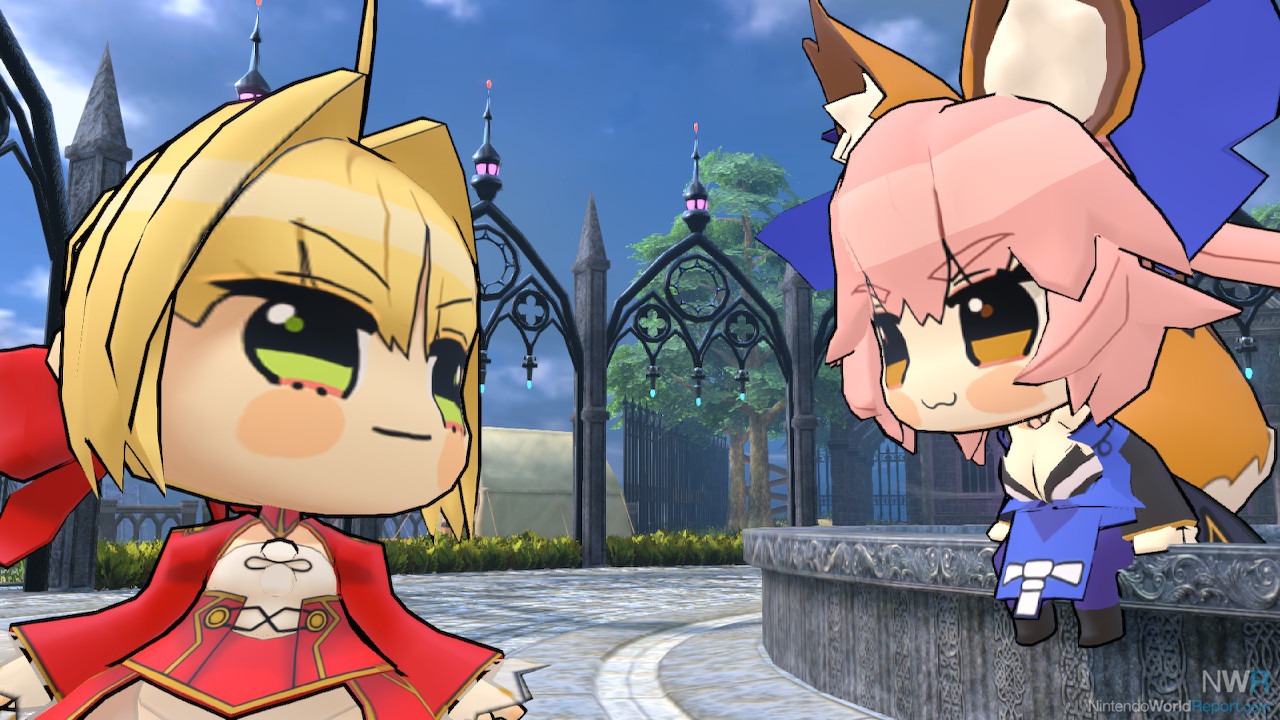 As would be expected from a game descended from visual novels and manga, there is a lot of talking in LINK, and the only voice track is Japanese. If you’re looking for a dub, LINK can’t help you there. The game itself is well written, even if the technobabble had me rolling my eyes a few times. It’s not going to blow you away graphically—the environments are simple, and most of the budget went into the special moves (especially the Phantasm attacks). There’s not really a standout on the soundtrack, either.

With the big Nintendo-related hack and slash franchises (Fire Emblem and Hyrule Warriors) already present on Switch, the Fate/EXTELLA titles don’t usually get a lot of attention. But the Fate series is sneakily popular, largely due to the popularity of the Grand Order mobile game, and fans of Fate will find a good time here. For everyone else, your enjoyment of Fate/EXTELLA: LINK will largely depend on your tolerance for anime stereotypes.

A review code was provided by XSEED.

As a fan of the Fate series, I apologize for the amount of nonsense the franchise has accumulated since its humble beginning as a visual novel. That said, it's nice to hear that you had an okay time with this new Extella. I'm so excited to get this as I love the first Extella game.