Even a second time, the idea of a sidescrolling RTS doesn't get much better from here.

When it comes to Wii U eShop titles, Swords and Soldiers II was one of those beautiful wonders. The original game left such an impact on me and made me realize what a game could pull off within 40MB. Swords and Soldiers 2 just blew the original out of the water and created a hefty experience that couldn't be beat. Sadly, it didn't find an audience on the Wii U, but fortunately the game is getting a new lease on life with Nintendo Switch, and it is exactly what I remember playing four years ago.

If you ever played the original or its sequel, you will know what to expect from Swords and Soldiers. The game is a side-scrolling, real-time strategy adventure in which you don't control the movement of your characters. You can make meaningful choices, however, by building towers, adding units and upgrades, and casting magical spells. While there is a certain simplicity to these actions, in theory you are just selecting the set pieces; you could be fooled into thinking that you will learn the tricks in a matter of minutes. The individual tactics make you want to come back for more and try harder when you lose. The matches are frantic, and they are most of the time close calls, which makes them quite satisfying. Your goal is to get to the other side of the playing field with the elements at your disposal and to try to destroy the enemies’ chamber of command. 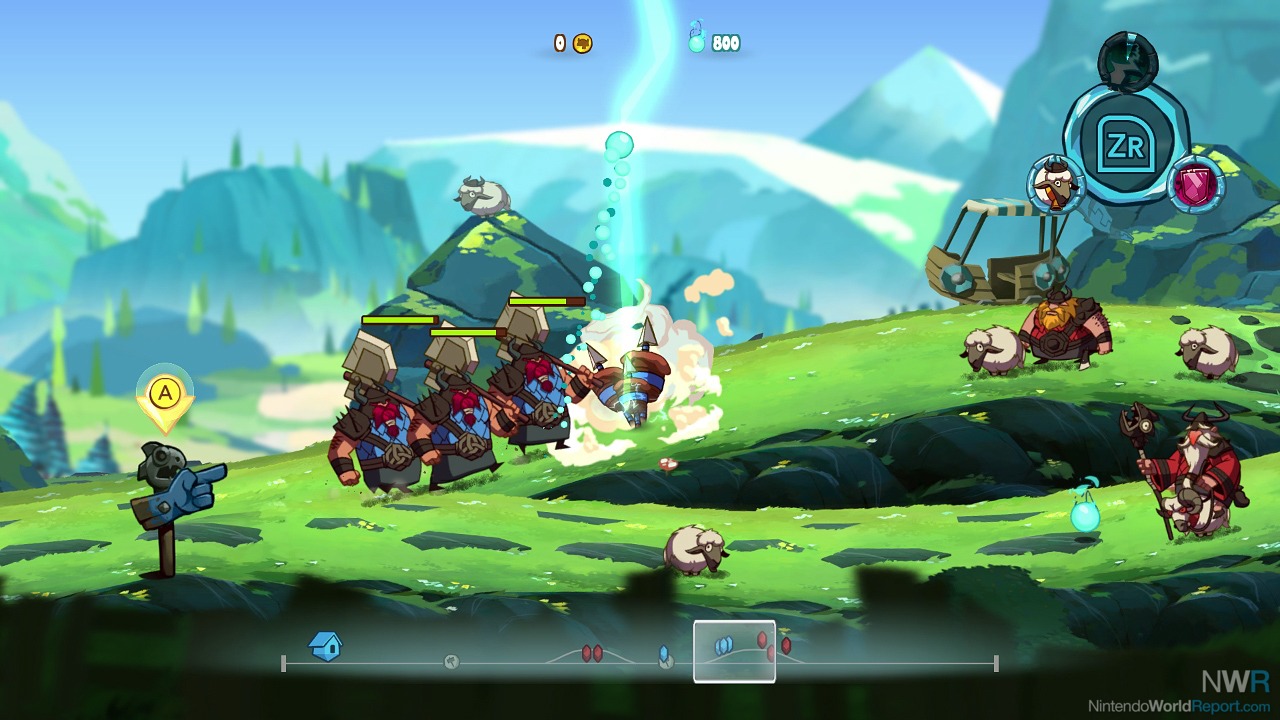 There are three factions at play here: Vikings, Demons, and Persians. Each faction has certain ways of making money and mana, and you will have to figure out the best things each side has to offer. This is where the strategic elements come into the play, as at critical moments, you need to decide whether to spend more money or instead save your current units using spells. Swords and Soldiers II is quite a risk-reward-based endeavor, and remains a simple yet addictive strategy title in its own right. The amount of fresh faces in your arsenal is outstanding but I would be wasting your time by describing every one of them. The true test is trying them out and seeing what works for you.

Swords and Soldiers 2 Shawarmageddon offers one sizeable single-player campaign, which brings missions and other elements to a gigantic world map. On Wii U, the campaign basically offered 15 missions with bonus challenges sprinkled on top of that. For the Shawarmageddon version, they retooled all the extras and integrated them way better into the actual campaign. As a result, you feel like you need to see every piece of the 45 items on the board. The campaign drags more that I would've liked, but the missions are fun enough to get through. The Open Battles are a particular highlight. You will be able to make your own selection of units from different factions and experiment with them as you wish. It is an excellent way to learn your favorite units and try brand new strategies in the process.

Next to the campaign, there are options to play battles in a variety of ways. For the Nintendo Switch version, they saw fit to include online match making, which allows you to challenge someone on your Friend List. Those less fortunate will also be happy to know that Quick Match is included as well. While you wait, you can even play a match against the computer, which is pretty fantastic. Naturally, local multiplayer is another option available. In Tabletop Mode, players can flip the screen, so that each side has their own little window. The game is perfectly suitable to be played with a single Joy-Con, so grab a friend and go to town. Players can customize their matches by applying rules such as starting with 2000 gold or mana or making units cheaper. Just like in the open battles, players can even make their own custom teams and add more strategy to the bout. 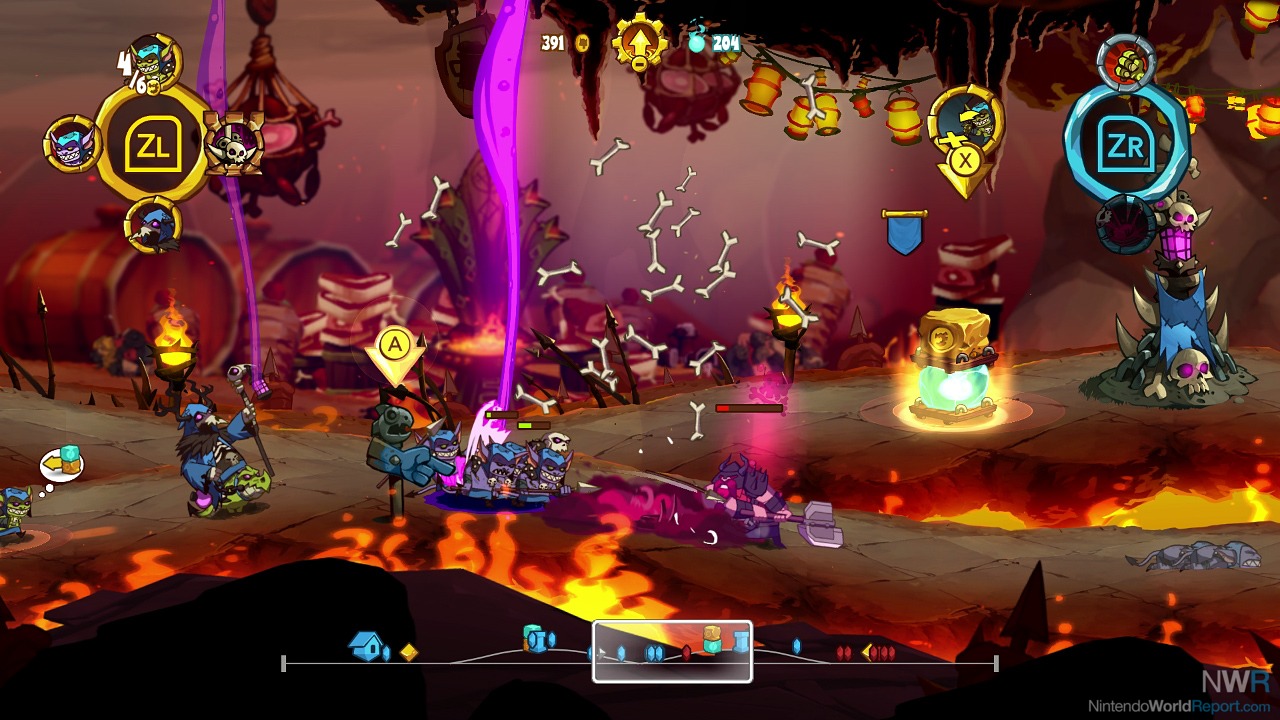 The three different factions can be used to their full extent on various multiplayer specific maps, each with very different attributes and ways to outsmart your opponent. In one map, players will not encounter gold mines and will need to pick up gold and mana from the battlefield instead. Another map gives players barely enough room to move or escape, which results most immediately in an epic clash. The Shawarmageddon version adds additional maps to the line-up, giving you a whopping 19 locations to compete in.

Swords and Soldiers 2 Shawarmageddon's presentation is grand. With a colorful drawn look, this game is perfectly suited for the Nintendo Switch. The soundtrack and its sound effects deserve the exact same praise, but the biggest trophy must be given to the voices in the game. They are so quirky, even if they barely say anything at all. The only character who really speaks throughout the campaign is Brokenbeard, who gives an introduction for every mission, and he sounds wonderful.

Swords and Soldiers 2 Shawarmageddon is the ultimate version of an already fantastic game. This side-scrolling RTS went really unloved on the Wii U, which is such an absolute shame. From beginning to end, Ronimo Games delivered a highly entertaining gameplay experience that most can enjoy. While the single-player campaign could have been a bit more brief, there are many good times to be had. You will be in awe of the game's various mechanics and how it manages to keep you so thoroughly engaged.