A wistful co-op platformer that falls short in execution.

There’s something special about a dedicated co-op game that really pushes players to work together. Degrees of Separation aspires to create one such experience in the form of a 2D puzzle platformer that is also accessible to all. While totally playable as a single player, neither single or co-op reaches the heights of their aspirations. 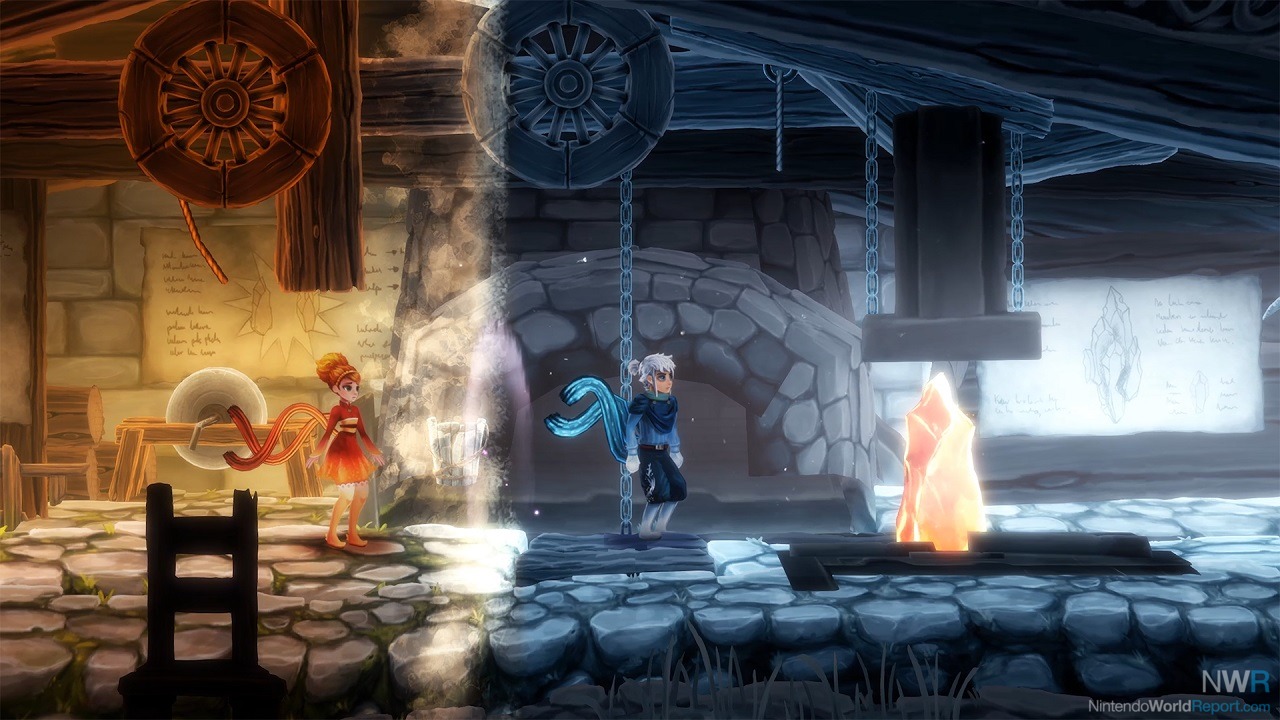 Ember and Rime are from parallel worlds. Ember, a young princess on her own, grew up in a world of fire and Rime is the last soldier from a world of ice. Degrees of Separation has them meet, while unable to touch - still trapped in their respective worlds. All of the space in game is influenced by whoever is closest to it, resulting in a sharp line drawn between the two that shifts as they move. Various switches, doors, and platforms are activated or deactivated based on the heat of Ember’s world and the cold of Rime’s. Ember can swim through the water under her influence, while Rime can walk over the frozen ice. Their goal is to figure out how they can be together, a feat accomplished by collecting magical scarves in the level - usually obtained by clearing a puzzle.

Clearly a lot of work was put into making a video game that’s like being read a bedtime story. The art style is colorful, and cartoonish in just the right way to evoke a child’s favorite storybook. The story of a young princess and a young man meeting, confronting a great challenge, falling in love, and finding meaning in their life is a common pattern for old children’s fables. The themes are painted in lightly, a deep romance this is not, but it creates the emotions it’s seeking. It even narrates much of the game’s action with a soft voice, that sounds as if it’s being read to sooth a child. Degrees of Separation absolutely excels at being a bedtime story in game form.

The developer’s are explicit with the view that this as a co-op first game, with a player controlling each of the protagonists. With that said, I primarily played the game alone where I jumped back and forth between them. Despite it being a game largely about figuring out how to use the environment to move characters through various puzzles, often requiring repositioning the duo to shift their influence, it seemed to work just fine as a single player experience. 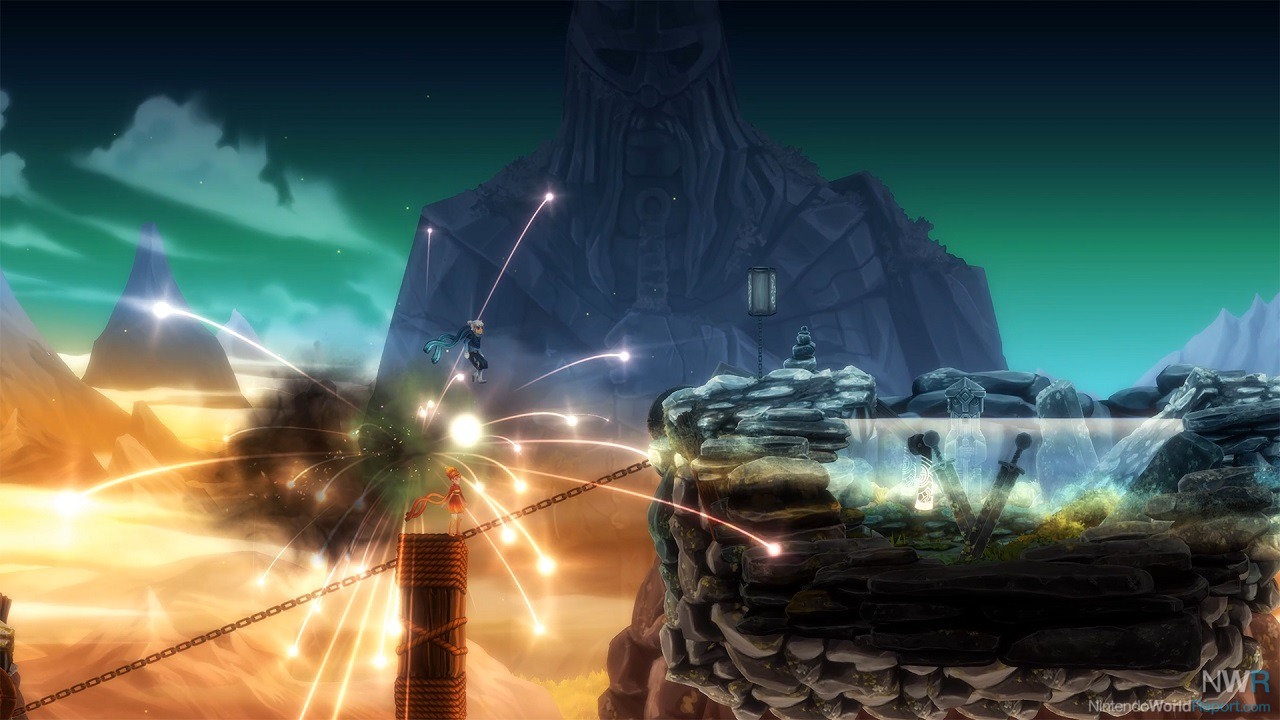 Degrees of Separation is split into a handful of worlds, each gated by a required number of scarves. Collecting scarves doesn’t feel especially rewarding since the majority of the puzzles are easy, and I ended up finishing the game with far more scarves than I needed. That said, it’s an established way to gate game progress, while maintaining accessibility by allowing less experienced players to skip the more difficult puzzles.

Many of the puzzles require a managing of the physics engine, doing things like using Ember’s influence to cause a wind jet to launch Rime across the stage. The problem is the physics engine has bouts of unpredictability. Platforming in general feels floaty, but combined with a engine that sometimes seems to be taking its best guess, it just feels like repetition is often the solution. On more than one occasion I gamed the physics to beat the puzzle in a totally unintended way, sometimes resulting in the narrator talking about Ember grabbing a scarf that I had just snatched with Rime.

Each of the areas has its own wrinkle on how Ember and Rime’s worlds interact. In one, you can freeze the current areas of influence and then move the characters around without impacting it. In another you can totally shift between their worlds. The explanations of each of the powers aren’t always clear. For example, one power where the duo can create a ball and chains that hang from their feet, is meant to be used with sloped floors and gravity. This isn’t clear until the narrator mentions it explicitly about halfway into the stage. While these new powers introduce some variation, and create some unique puzzles, it isn’t enough to foster a sense of progression as the powers are lost at the end of the stage and it doesn’t feel like the difficulty grows with time.

There’s just a general lack of polish that really diminishes the overall experience. Beyond the physics, a number of bugs can really impair gameplay. On two separate occasions I closed the game, only to open it in a place that’s no way related to where my characters were when I quit. Amusingly, one of these times it loaded me next to a scarf for a puzzle I hadn’t solved. The most glaring defect was in the very last segment, where a necessary context-sensitive button command didn’t function until I completely rebooted the game.

Degrees of Separation could be a much better game. A ton of work went into creating a bedtime story in game form, and it succeeds. Some of the puzzles are good, and some of the variety in game worlds helps introduce new experiences at a regular cadence. However, too many negatives just leave you underwhelmed. Whether it’s the lack of polish, the short playtime length, or the number of weird bugs that can leave you completely frustrated. As it is, there are too many good 2D platformers on Switch to recommend it unless you’re playing it with someone who really finds the presentation speaks to them.