A platformer that nails underwater segments you say?

The Lost Light of Sisu is an atmospheric platformer that relies heavily on physics-based challenges, priding itself on being a forgiving yet demanding experience. Having successfully navigated its some 40 levels and three bosses, it’s safe to say that part of that goal was achieved. While no one obstacle is too daunting, clever level design makes failed attempts feel rather inconsequential by essentially pushing you back to the beginning of the challenge or obstacle. It’s a brisk adventure, only taking a few hours to see everything there is to offer, but I found myself thoroughly enjoying the trip. 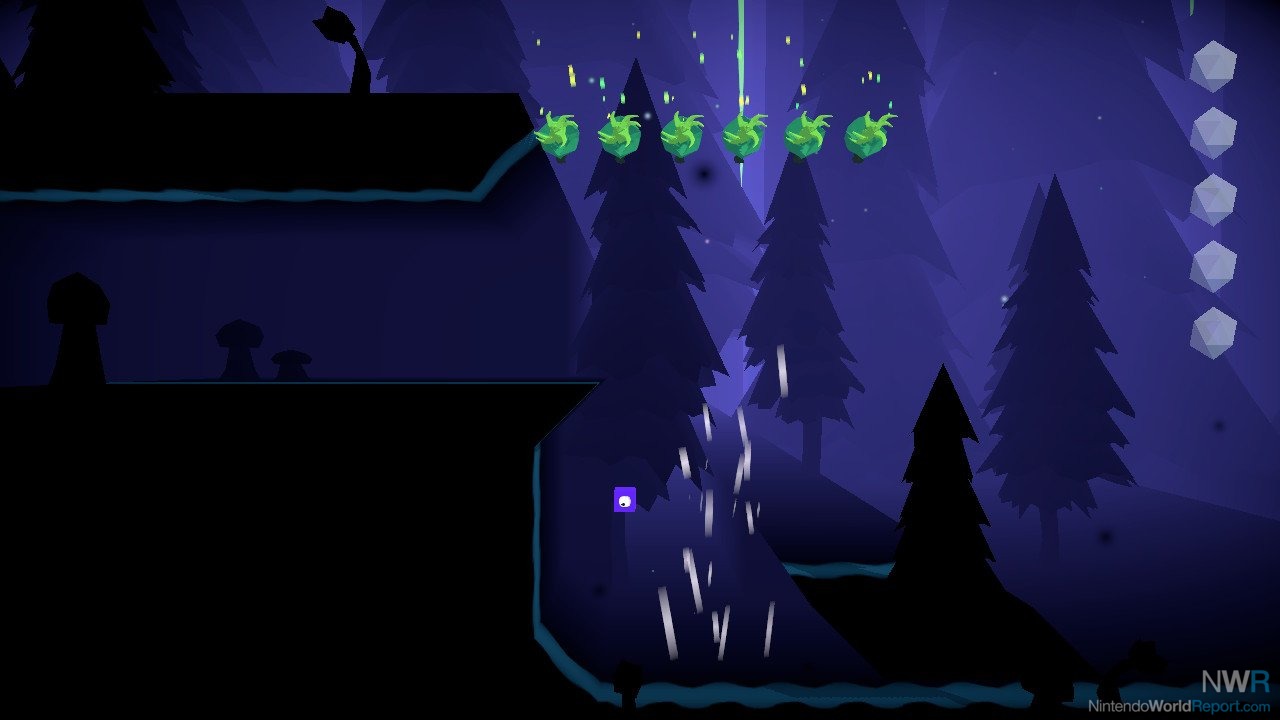 Players take control of a cube shaped hero who is in search of energy cubes that give the cube different abilities and allow you to reach the exit of each level. Although the box-shaped protagonist has become a bit played out, this quirky cube shows enough personality with it’s outrageous noises and strange eye to overcome that. The world consists of three different planets, two of which are filled with 20 levels, each with a boss battle and the final which houses just the final boss. The player is awarded the freedom of selecting any level on the planet regardless of order, giving the option to skip anything causing too much resistance. Doubling down on that freedom, you’ll only need to complete 10 of the 20 levels to have access to the boss fight. While the difficulty level never pushed me to skip any given level, having the option felt nice and will certainly come in handy for some. 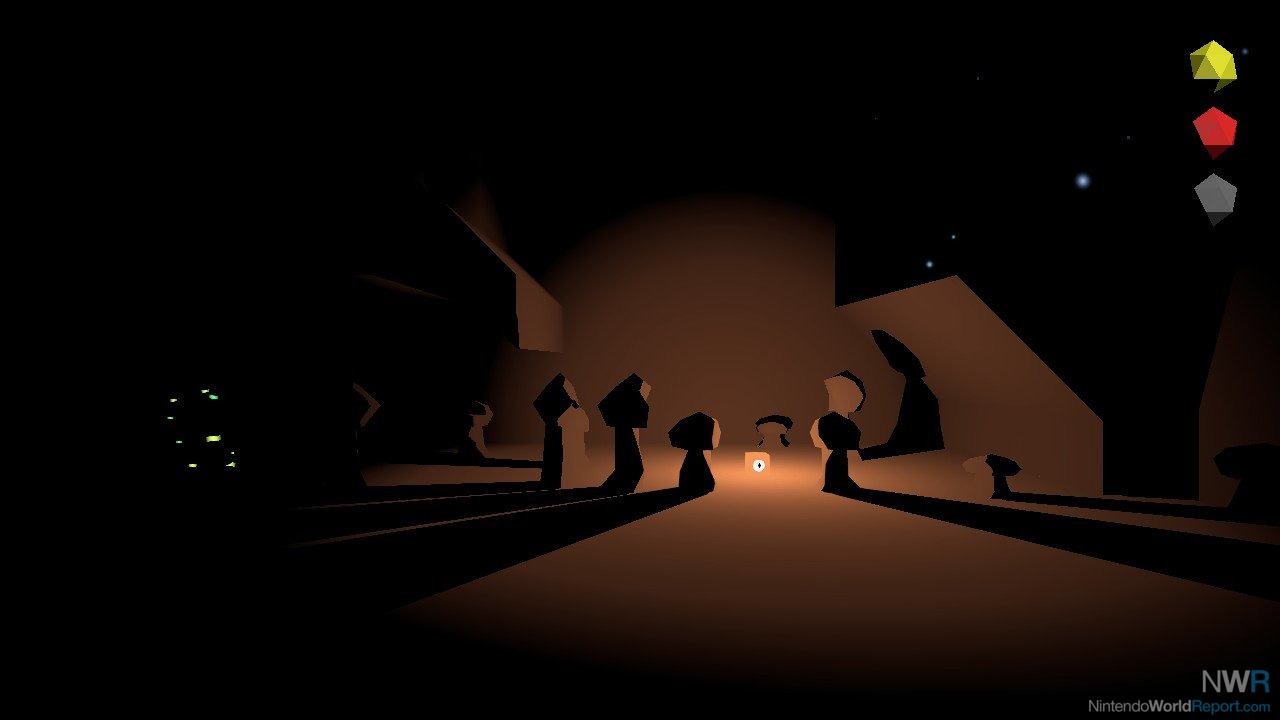 The name of the game is entering each level and collecting all of the energy cubes within, allowing you to reach the beam of light exit. You’ll find a varying number of cubes in each level, with some only having one or two and others spiking up much higher. Energy cubes give the player different abilities, four in total, which are vital for completing each area. Faster movement, higher jumps, multiple jumps, and even a ground-pound ability can all be used in conjunction to overcome fun platforming obstacles. Much to my suprise, I found myself looking forward to underwater segments. Jumping from higher ground to plummet further down into the water felt great, and the ground-pound ability felt really satisfying when tackling challenges. Starting off each level slow and weak but beefing yourself up towards the end never got boring especially when stacking so many power ups that you becomes borderline overpowered. 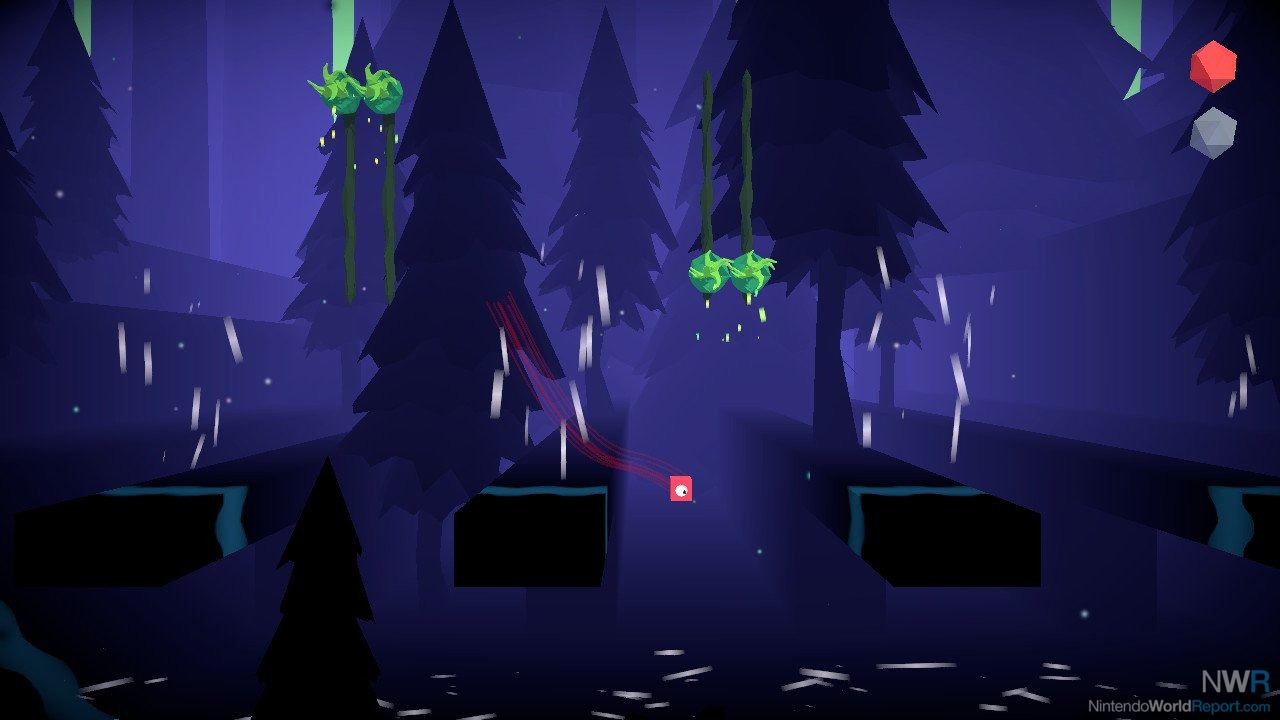 Staying in line with the philosophy of delivering a forgiving experience, failing to overcome an obstacle on your first, second or even fifth attempt will result in the same thing: getting knocked off your path and redirected back to try again. You won’t get kicked out to a load screen or lose a life, but obstacles will push you aside and disrupt your movement. This harmlessly lets you get right back into attempting the challenge again. Later levels have gusts of winds waiting to slide you back to the beginning of an area on your first misstep. It becomes increasingly fun when these hurdles end up being necessary to overcome the task at hand. Combined with the atmospherical visuals and the lack of a soundtrack (outside of some ambient noises), and the experience ends up feeling a bit tranquil. Some of the most memorable areas were the mazes with no lighting outside of your cube. Collecting different energy cubes causes the colors to mix and change the light being emitted, which made for some really cool moments.

I can’t think back to ever playing a platformer, or any game for that matter, where some of the most enjoyable areas were underwater. However, The Lost Light of Sisu now holds that distinct honor. This easygoing platformer gives the flexibility of selecting any level regardless of order and is forgiving when facing obstacles within each stage. The difficulty doesn’t cap out too high, so players looking for a real challenge might be disappointed, but the fun mechanics and combining powers were enough to capture my attention. The entire adventure only lasts a few hours but manages to stay fresh from beginning to end.