There is definitely a pea, but I’m not sure about the “awesome” part.

Awesome Pea is a simple platformer that consists of 30 not-too-challenging levels. There are a lot of adjectives I could use to describe it—boring, basic, simplistic, repetitive, green—and one I would absolutely not use: awesome. 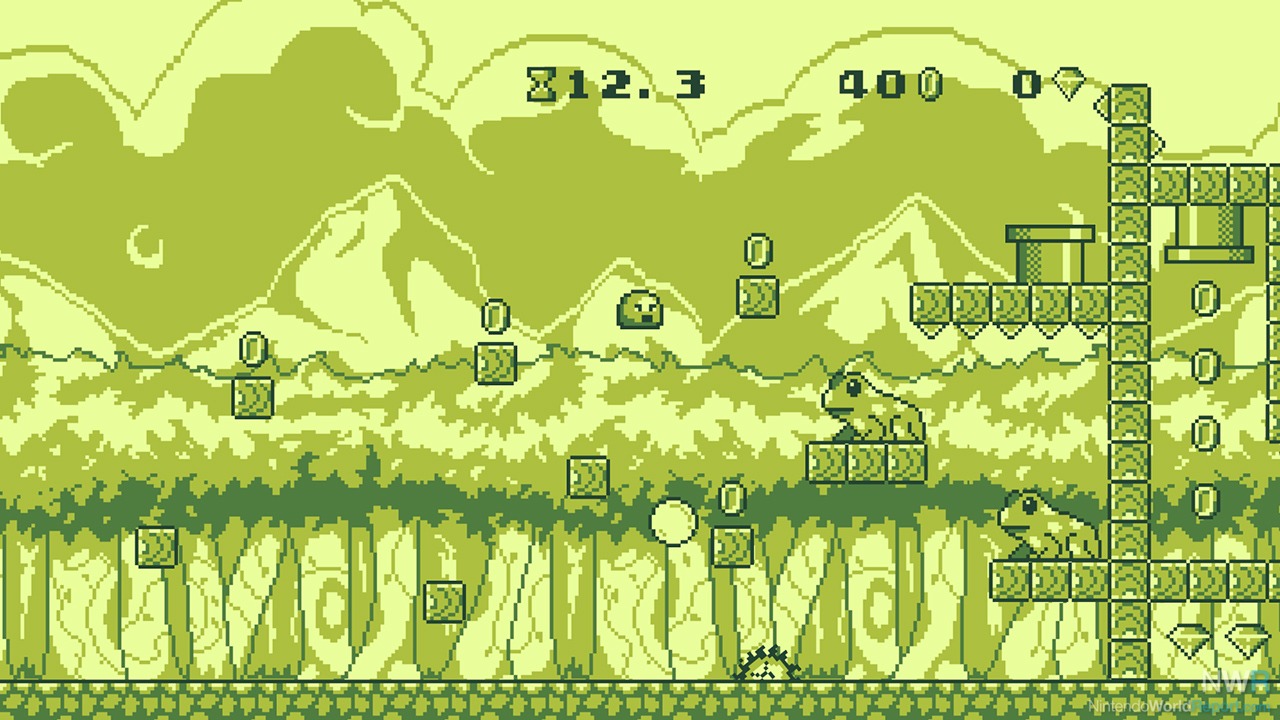 The first stage is set up like a tutorial and shows that you can move left and right, jump, and even double jump. It doesn’t tell you that pressing the X button restarts the stage, retaining none of your progress. Fortunately, stages are really short and don’t have or need any checkpoints. Unfortunately, many of the stages are almost exact copies of others, so you will inevitably experience déjà vu, which was one of the strongest feelings I had playing Awesome Pea. Each level has a few diamonds and one or two dozen coins to collect, and doing so adds some much needed adversity, but they don’t seem to unlock anything. There’s also a timer at the top of the screen, perhaps for speed-running purposes, but nowhere are your fastest times saved or displayed.

The controls feel good and the Game Boy aesthetic looks and sounds as you would hope. However, the settings menu features default CRT and TUBE effects that make the screen blurry. I’m not sure how anyone would leave these on by choice, and fortunately you can turn both of them off. That said, I do like the background and appearance of some stages, but there simply isn’t enough variety in the environments or obstacles. You have to avoid spikes, projectile-spewing reptiles, and buzz saws, but there just aren’t many new or interesting dangers impeding your way from the beginning to the end of each stage. I’m not sure if it was intentional, but you can also jump up the side of some blocks and walls, making many stages a complete cakewalk. 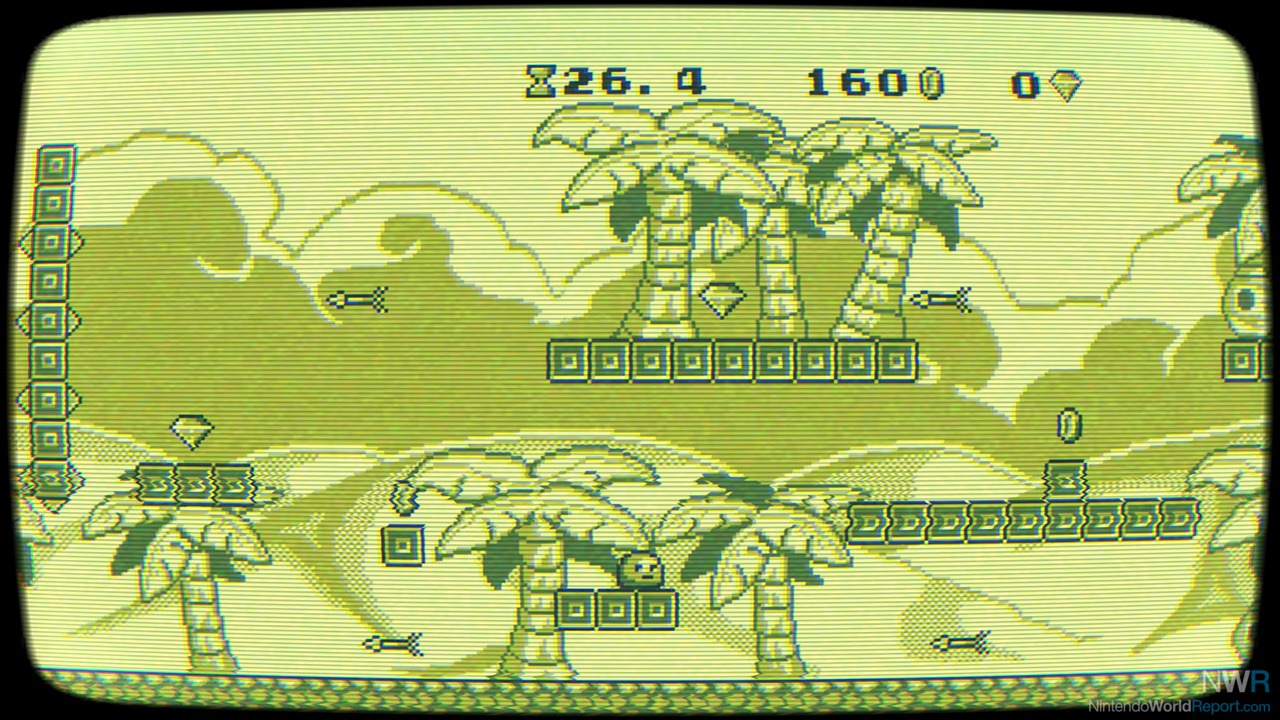 Awesome Pea lacks any compelling hook or element that separates it from other platformers. Presentation-wise, it manages to emulate what you might see on the Game Boy, but it’s less interesting and fun than the majority of that console’s lineup. What I find a little baffling is that despite its brevity—my playthrough lasted less than an hour— Awesome Pea has a three-stage demo on the eShop, and that demo will tell you everything you need to know. Awesome Pea seems to go all in on nostalgia and loses its shirt in the process. If you absolutely must, go ahead and try the demo, but there are much better budget titles for your time and money.