If only my love life could respawn wherever I chose, too…

LOVE is a retro-style precision platformer originally released in 2014, making its way to the Switch for its fifth anniversary. The game contains sixteen regular levels, seven short remix levels, and three levels from its sequel, kuso. All sixteen levels of this game are included in kuso, which itself was released on Switch in November of 2018, our review of which can be found here. The remix levels do not appear to be included but all seven can be completed within the span of around five minutes. While the remainder of this review will be about LOVE on its own, I would highly recommend looking into kuso instead if this game has caught your interest. 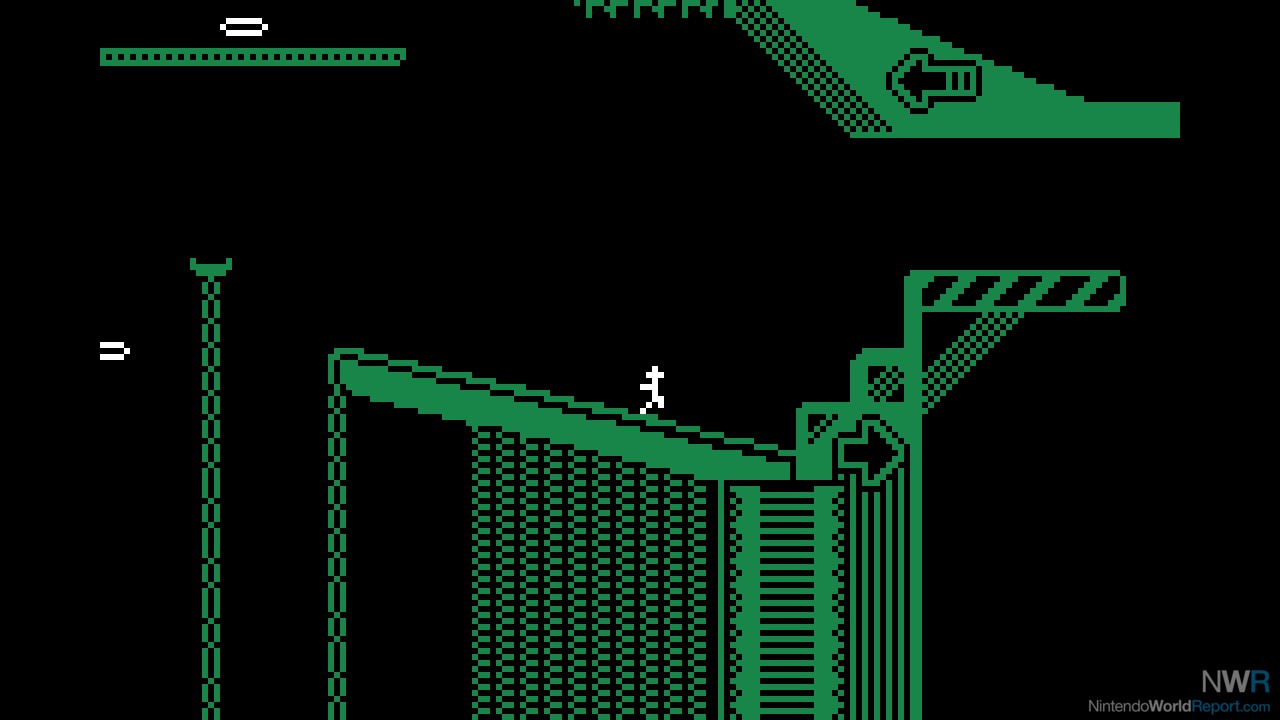 LOVE is primarily a platformer that is challenging yet still accessible to all skill levels, and overall it succeeds on this front with flying colors. The game’s difficulty can be scaled in three different ways by giving you unlimited lives, one hundred lives, or just a single life. This is merely the tip of the iceberg as LOVE’s most unique feature is its checkpointing system. Pressing the A button while standing on solid ground sets that spot as your new respawn point, allowing you to pick where you want your checkpoints to be. Those who want a relaxing series of mini challenges can leave frequent checkpoints, while those looking for a grueling gauntlet from start to finish can decide to leave no checkpoints at all.

Outside of the checkpoint mechanic, LOVE is otherwise your usual platforming affair. You run, you jump, you avoid obstacles, etc. All items that can be interacted with are colored white, but the game makes little effort to distinguish between a white object that will help you and one that will harm you. Platforms that cause you to bounce into the air are colored the same shade of white as spikes or lasers that will stop your current attempt in its tracks. Most moving obstacles appear to be roughly synced to the game’s extremely catchy soundtrack, at times turning the platforming gameplay into something that almost feels like a rhythm game.

At the end of the day, LOVE is a very well put together platformer. However the entire game can be seen in less than an hour, and replay value is only present for those looking to master every nook and cranny of every level. Even with all the options available for changing up the difficulty players will likely find themselves getting tired of playing the same sixteen levels over and over. Add this to the fact that LOVE was already available on Switch as part of its sequel, and there’s unfortunately really no good reason to spend your money on this game outside of supporting the developer. If you’re itching for a precision platformer of this type, you’re really better off looking into kuso instead since you’ll get almost everything that LOVE offers anyways.