Momentum slows the straightforward design of this BMX game.

The feel of a game is always important, especially in extreme sports and trick-focused genres. I grew up loving Tony Hawk games and moving on to series such as Skate, Trials, and OlliOlli primarily because of they way they all felt, even if they all did drastically different things. Pumped BMX Pro hits Switch a few years after its console predecessor hit Wii U. It sidles into the Trials end of the spectrum as you ride a bike across side-scrolling levels where you have to survive and land tricks and flips. Unfortunately, it feels off and in spite of clear and concise controls and good level design, the momentum and general feeling made this a slog to play through. 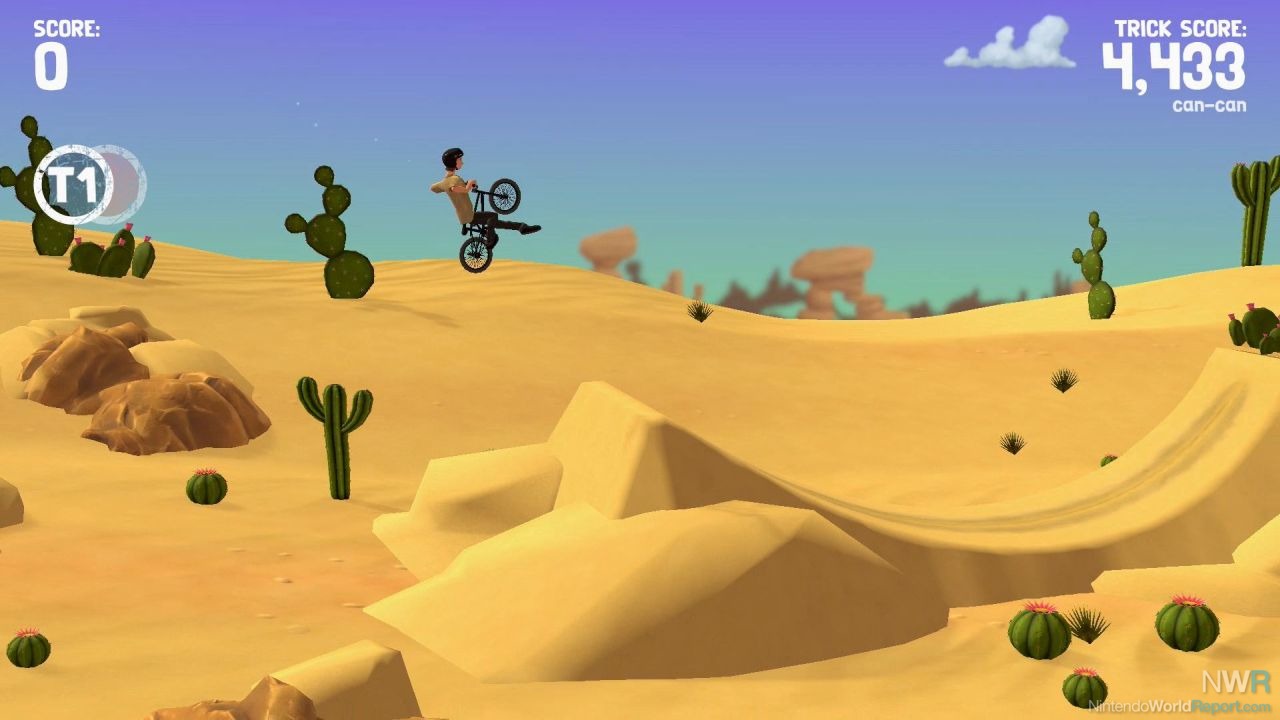 60 levels populate Pumped BMX Pro’s world and each one features four challenges. There’s the basic “get to the finish” one as well as three others revolving around doing specific tricks or combos. You don’t need to complete every challenge to move on, but you do have to clear challenges to unlock other levels. Buttons and analog sticks dictate what tricks, flips, and spins you execute. The tricks come in 24 varieties that, as you progress, can be toggled between using a button and an analog stick. You can check a trick list at the touch of a button, but oftentimes I felt myself having to go back to it on basically every level to double-check what specific trick I was expected to nail. 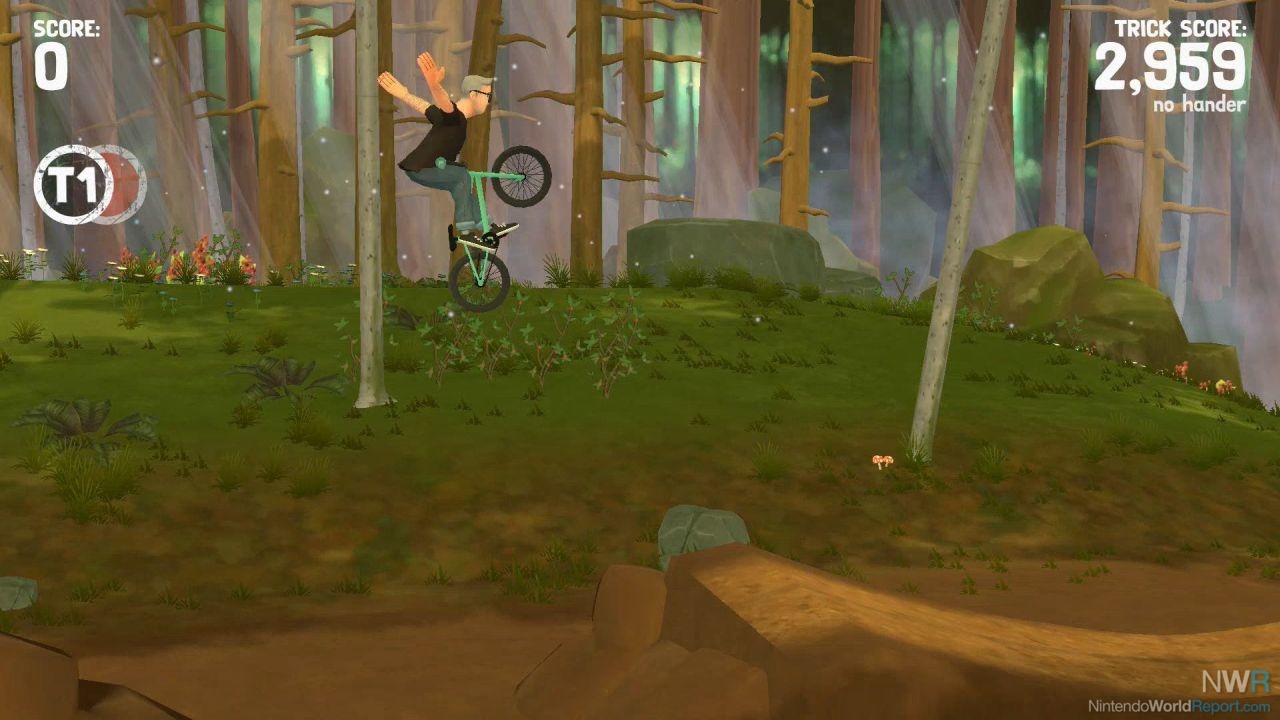 The levels require near perfection to finish, and experimentation doesn’t seem to be rewarded. Your goals are to finish tracks and do very specific tricks. It’s thoroughly unsatisfying to get through these levels, even more so as you get further and often just stop cold because you didn’t expertly land or get proper momentum to go up a hill or progress past a jump. The whole game feels boxed in and claustrophobic in a way that runs counter to the grand feelings of trick experimentation and freedom of games in the same wheelhouse, whether it’s the old Tony Hawk-style games or the more recent run of similar 2D games like OlliOlli and FutureGrind.

If you can make hay out of the physics and not run into the maddening frustration that dominated my playtime, then Pumped BMX Pro might just stick the landing. But if you want something that’s more freeing and interesting, you’re better off checking out any one of the other similar games hitting Switch in 2019.