Away: Journey to the Unexpected (Switch) Review

Away stands out from the sea of roguelites by being a little unexpected.

The key to Away: Journey to the Unexpected is neatly laid out in the title. Unexpected is a good descriptor for this bizarre and stylish first-person roguelite. The core is familiar, as the controls use the industry-standard twin-stick first-person controls and the structure is roughly the same as modern roguelikes. Everything else is weird and wacky, whether it’s the anime-inspired intro scene, the otherworldly blend of crude 3D and flat 2D animation, or the charming throughline of making friends not war. Away is an enjoyable and distinctive adventure that makes up for its eccentricities and potential detractions by knowing not to outstay its welcome. 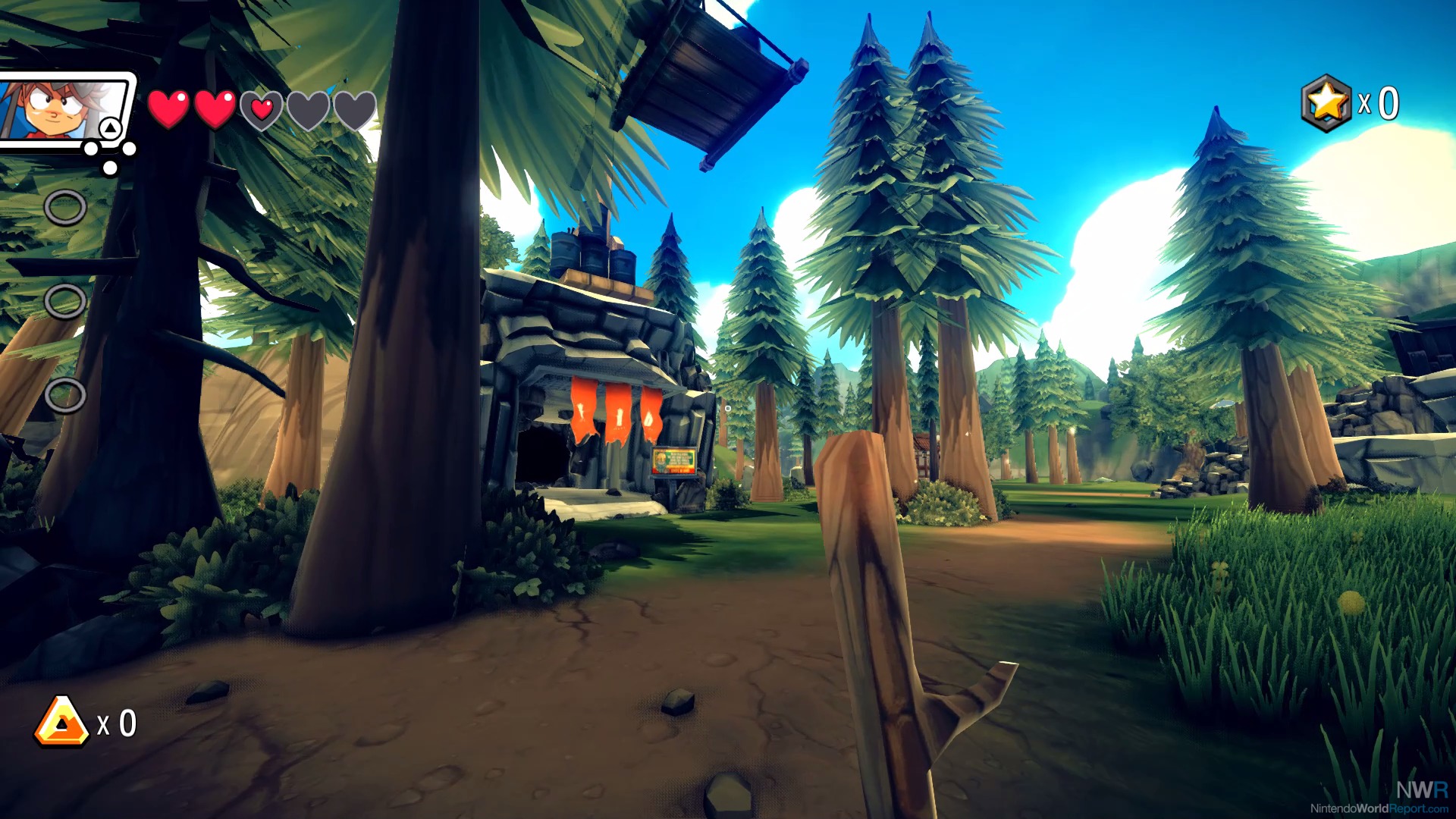 Away’s story setup is that you’re a young boy who lives with his grandparents. Your parents went on a work trip weeks ago but haven’t returned. An explosion goes off in your basement and you go to check it out only to discover baddies crawling in from an uncovered exit. From there you, you journey to the unexpected (see - the name fits!). The first area you visit is a forest where you have to complete three short randomly generated dungeons to unlock the gate to a factory, where the charming and well-written story kicks off more. The story pops up often, as a weird substance is mutating people and you seek out your parents, but it mostly takes backseat as the game focuses more on gameplay.

Your hero only has two attacks: a stick for melee and consumable fireworks for ranged damage. You can deepen your pool of abilities by making friends with the people in the world. By finding or buying friendship cubes, you have the option to talk to NPCs in the hopes of convincing them to join you. In that first area, you can talk to three characters, a large talking tree, a mutated factory worker, and a drunk wizard. That about sums up the variety of the weirdness you’ll encounter, though shout-out to the shotgun-wielding robot bounty hunter you find in another early area. Each of those characters has their own unique power. The tree tosses a grenade that sprouts a wall of thorns, the factory worker has a powerful wrench melee attack, and the wizard shoots fireballs. They also all have their own viewpoint, with the wizard’s drunk perspective being particularly humorous and disorienting. 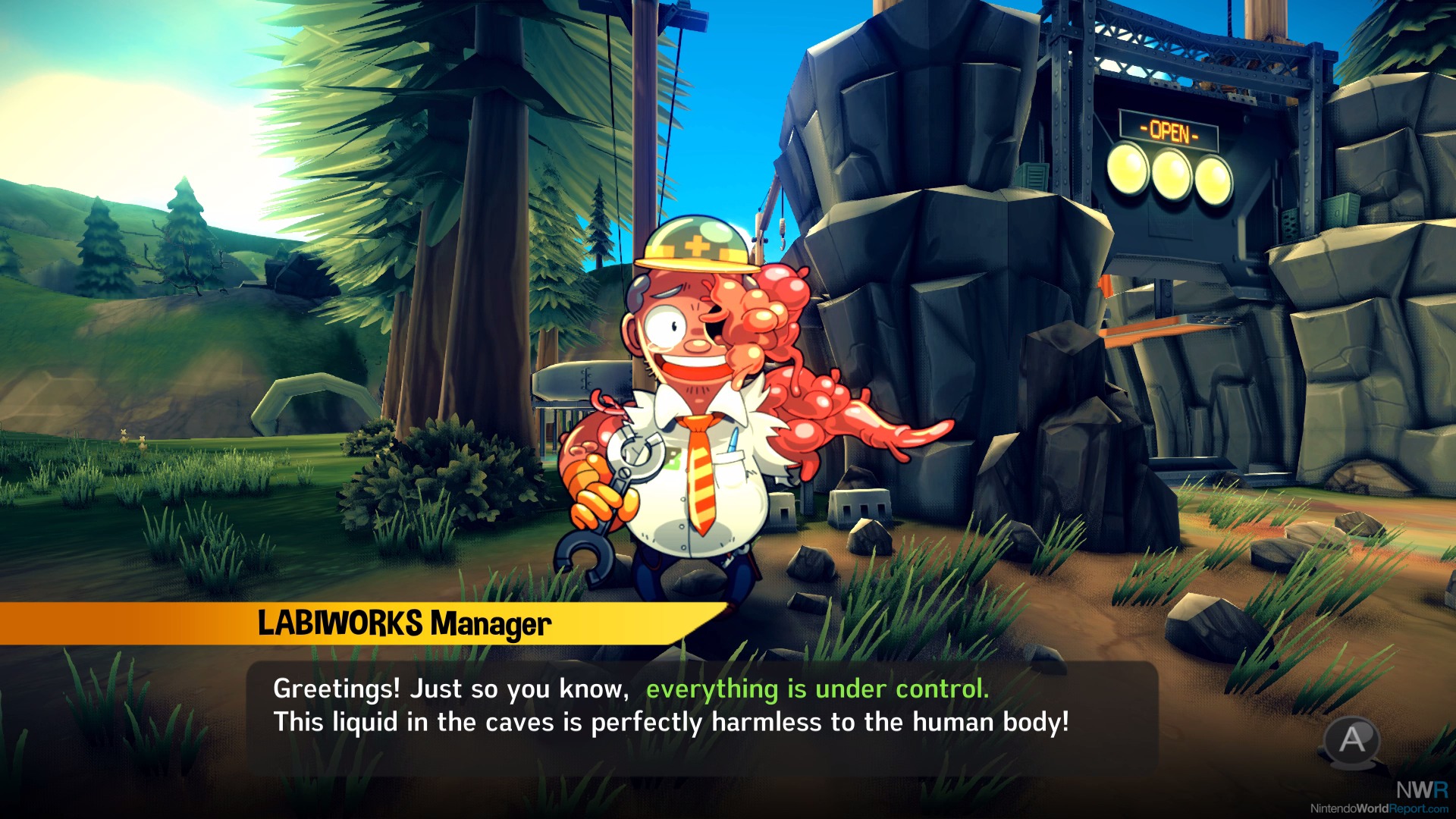 You switch between characters at the press of a button and they essentially function as different weapons, complete with an energy meter that can run out if they’re overused or take too much damage. It’s a weird mechanic and in repeat playthroughs, it can be a little arduous to continually recruit the same characters if you’re stuck on any challenging areas. The game does encourage you to always make new friends though, but sometimes requirements to get them or ways to approach them are murky. I do enjoy the dialogue tree haggling of trying to convince the character to join you, but just a little bit more clarity would go a long way.

Whenever you make a new friend, you earn a star. As you earn stars, you unlock different rooms in your house as well as different routes to take as you play. The game unfolds nicely as you progressively make new friends and explore the worlds. While the areas are visually distinct, especially as you travel to lands with deserts, ice, and more, they all feel very similar to wander around. The graphics for enemies and characters are expressive and fun, displayed as 2D characters moving in 3D space. The worlds themselves are more primitive and while they do have a peculiar cartoony look, it gets stale over time. You also have to restart when you die, which with relatively limited health, can happen often. As you play, however, you do unlock the ability to streamline some of the early areas and survive longer. 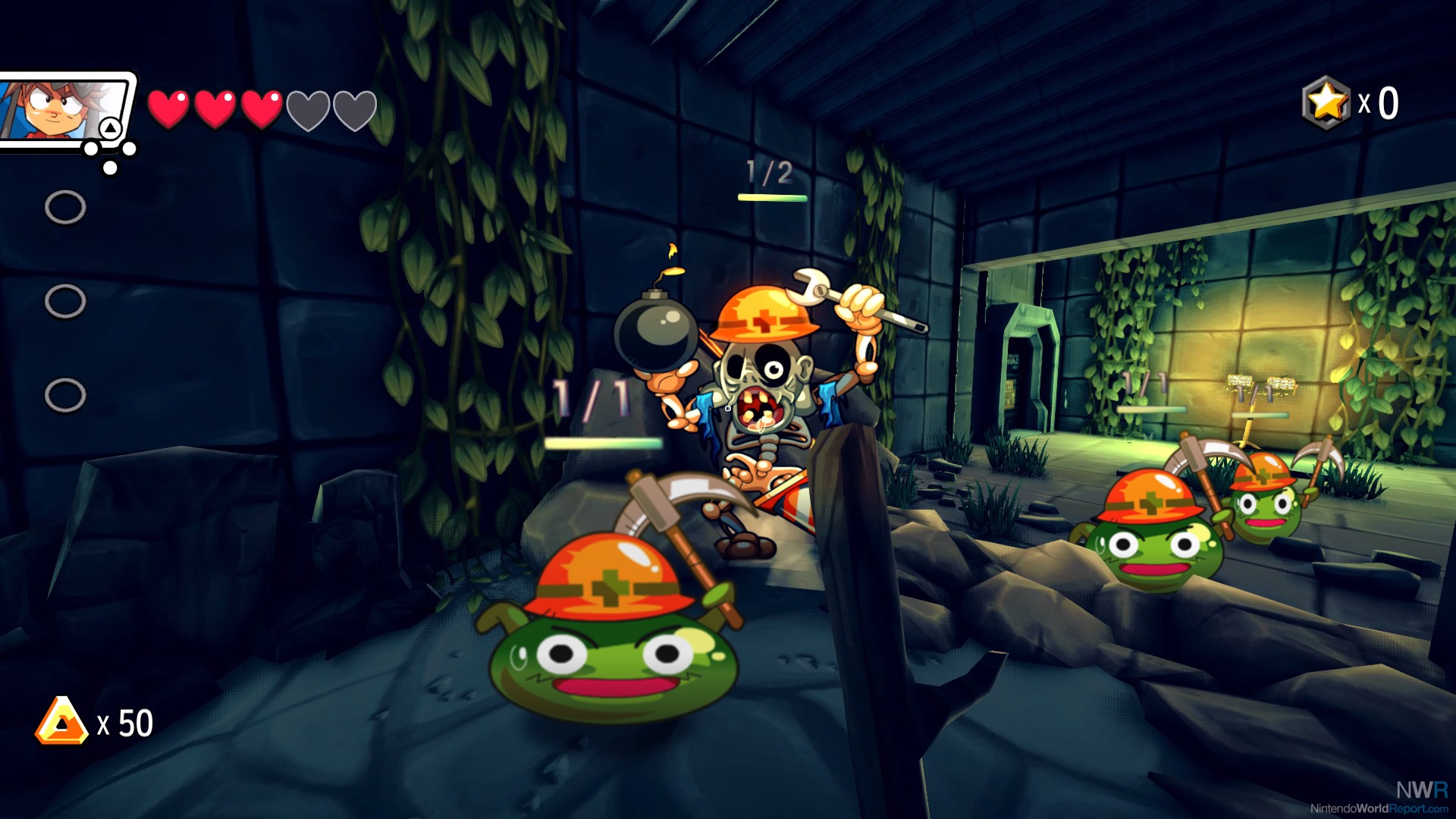 Thankfully, by the time things trend towards triteness, Away starts to wind down to an end around the four or five hour mark. It’s a delicate balancing act, because while I can look back at my time with Away and lament the repetitive areas, I was so charmed by meeting the next character or seeing what other nuggets were nestled in the house.

Away: Journey to the Unexpected is a thoroughly abnormal game that triumphs when its oddities all click. When you’re rolling out there switching between your little boy, robot bounty hunter, and drunk wizard and blazing through battles against colorful foes, it’s excellent, but when the repetitive areas and roguelite malaise starts to creep in, it falters. If all works out, by the time you hit that point, you’ll be rolling the credits.