Local multiplayer and territory capturing go together like peanut butter and jam.

Battery Jam initially began development as a twenty-week student project at Savanah College of Art and Design. It is a competitive local-multiplayer game where four robots battle against each other in a small arena for territory. Each tile is worth one point, and the winner is whoever captures the most tiles before time runs out. Heavily inspired by the multiplayer framework of Bomberman, Battery Jam asks players to strategize inside of a maze-based environment. Players can manipulate the arena’s environment to influence their opponent’s movements. For example, tiles can be raised to block paths, or they can be lowered into dangerous lava pits.

Each robot is armed with a blaster gun to shoot and stun their opponents. With your trusty gun, opponents can be pushed into lava pits, earning you tiles surrounding the pit. Your gun can also be useful for destroying objects or obstacles blocking your path. One way to secure territory is by hurling exploding cubes called Boomboxes at your opponents. When a Boombox crashes into an opponent, you’ll gain ownership of nearby tiles surrounding that explosion. If a Boombox explodes without any casualties, then it will create a large lava pit. 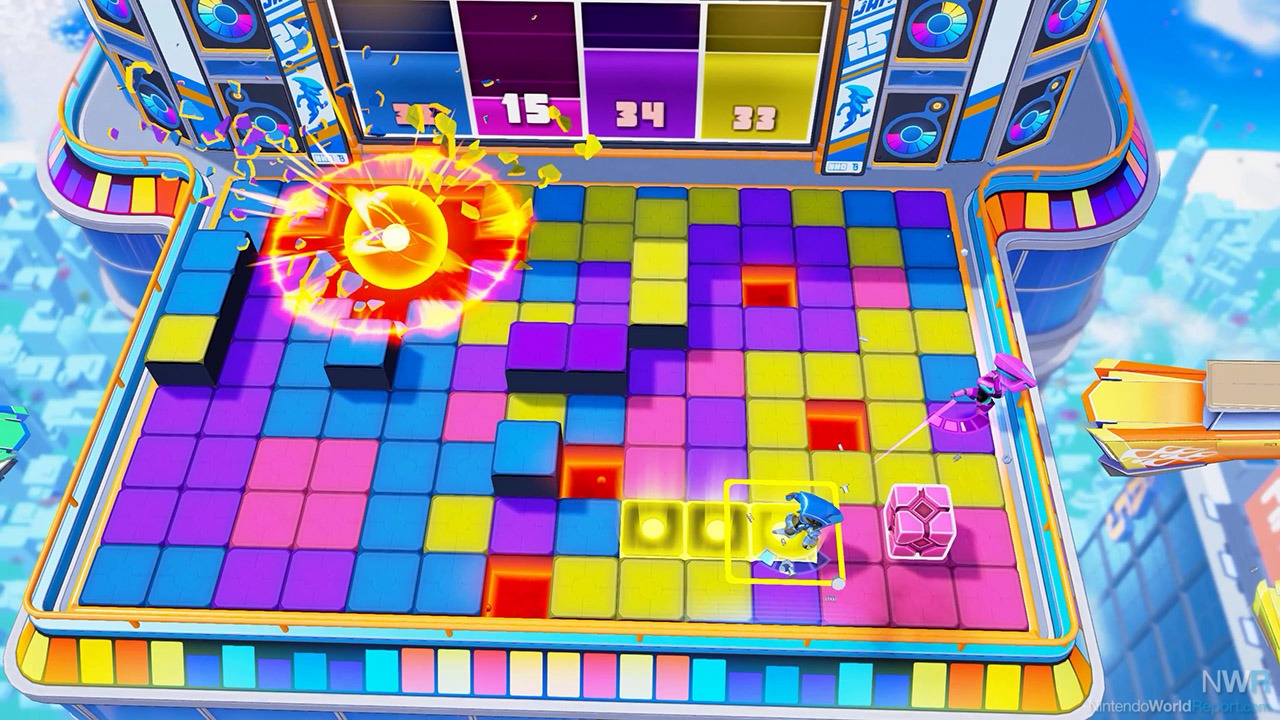 The gameplay has a surprising amount of polish for something that began life as a small student project. Controls are fast and responsive, and each of the gameplay mechanics are well-designed. Sometimes game developers can become overly-ambitious, biting off way more than they can chew. But Battery Jam’s polish is a result of narrowing down the scope by focusing on smaller, tighter game design. In an interview, the developer explained, “We had seen a lot of other student games and one piece of feedback we heard from guest speakers and alumni was always something along the lines of "build space invaders, not GTA."

Visually, Battery Jam has a very clean, colorful presentation, making it easy to keep track of all the chaotic action. Whereas UI junk cluttered the screen in Nintendo’s Flip Wars, Battery Jam does a better job at integrating UI information into the game’s environment. Flip Wars also had an inconsistent art direction that looked like something straight out of the WiiWare era. By comparison, Battery Jam’s art direction features a bolder, more vibrant color palette. There are also some very impressive environmental animations where the arena will go through cosmetic or structural changes. 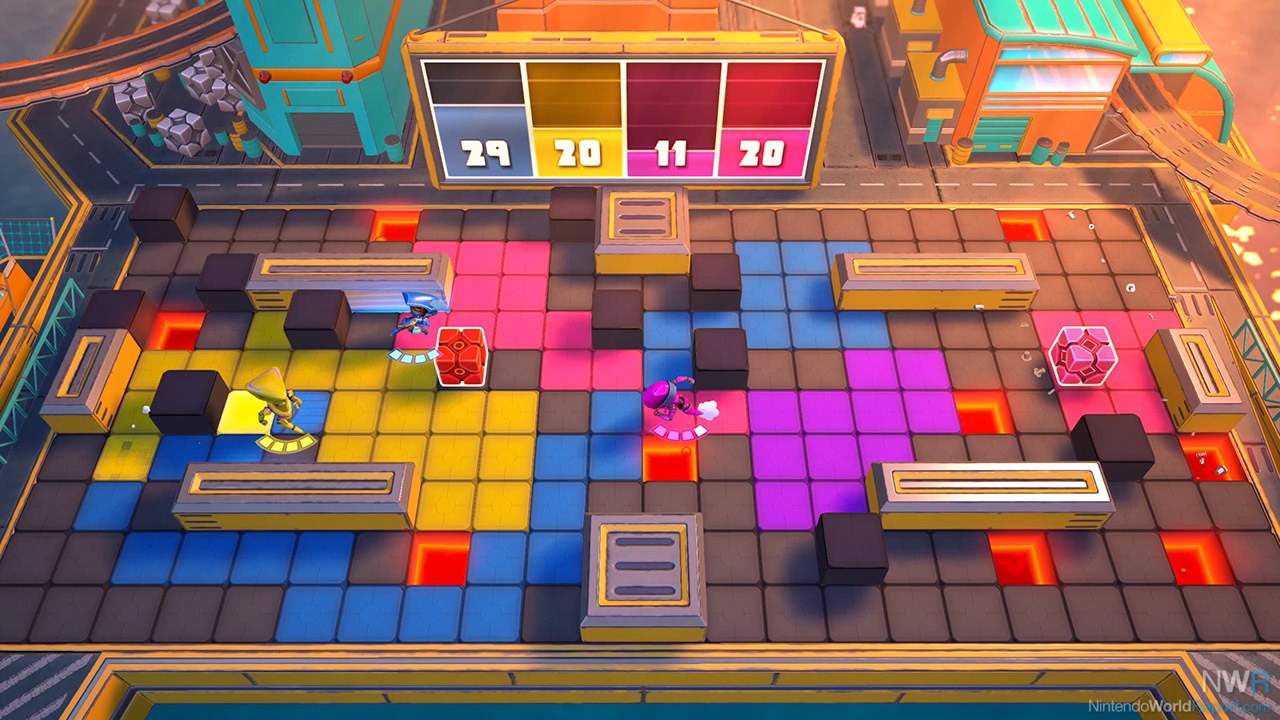 Unfortunately, Battery Jam is anemically low on content, even for a small budget indie title. With only eight levels to play, and only two modes to choose from, local multiplayer feels very limited and bare-bones. ‘Team Jam’ groups players into teams, while ‘Classic Jam’ is a free-for-all mode that pits everyone against each other. Unlike Super Bomberman R, there is no reward system or extras in Battery Jam that motivates players to keep playing well. No unlockable modes, no unlockable levels, no leaderboards. What you see is what you basically get.

It’s difficult to take Battery Jam seriously as a competitive multiplayer title when it doesn’t even support online multiplayer. Sure, it’s a solid-enough couch multiplayer title, but it’s competing against Switch’s library, which is filled with titles like Super Bomberman R, Splatoon 2, Rocket League and Overcooked 2. Even Flip Wars made an attempt at an online mode. I applaud the developers for creating a strong local multi-player game, but the absence of online multiplayer isn’t something that can be easily overlooked. On a more positive note, you can play the game solo by adding multiple AI bots with five levels of difficulty.

Battery Jam is an addictive local multiplayer title with colorful visuals and a polished presentation. But as enjoyable as the gameplay is, it’s difficult to recommend it over other multiplayer titles when the amount of content here feels so paltry and limited. The lack of online multiplayer would be easier to excuse if local multiplayer had a little more meat to it. With that said, it’s still a very competently made indie game that’s fun to play in short bursts. Just don’t expect too much depth from the gameplay.