Please tell me where the long block goes, my family is dying.

When searching the internet for information on Samsara Deluxe you will likely find yourself on the game’s official website, which promises “a new kind of puzzle game.” While I’m not sure I would agree that it delivers on this particular promise, that doesn’t really work to the game’s detriment. Samsara earns its place among the myriad of other puzzle games to feature relatively simple gameplay woven into surprisingly complex and brain-teasing solutions, and while it is nowhere near perfect it still manages to hold on to some charm. 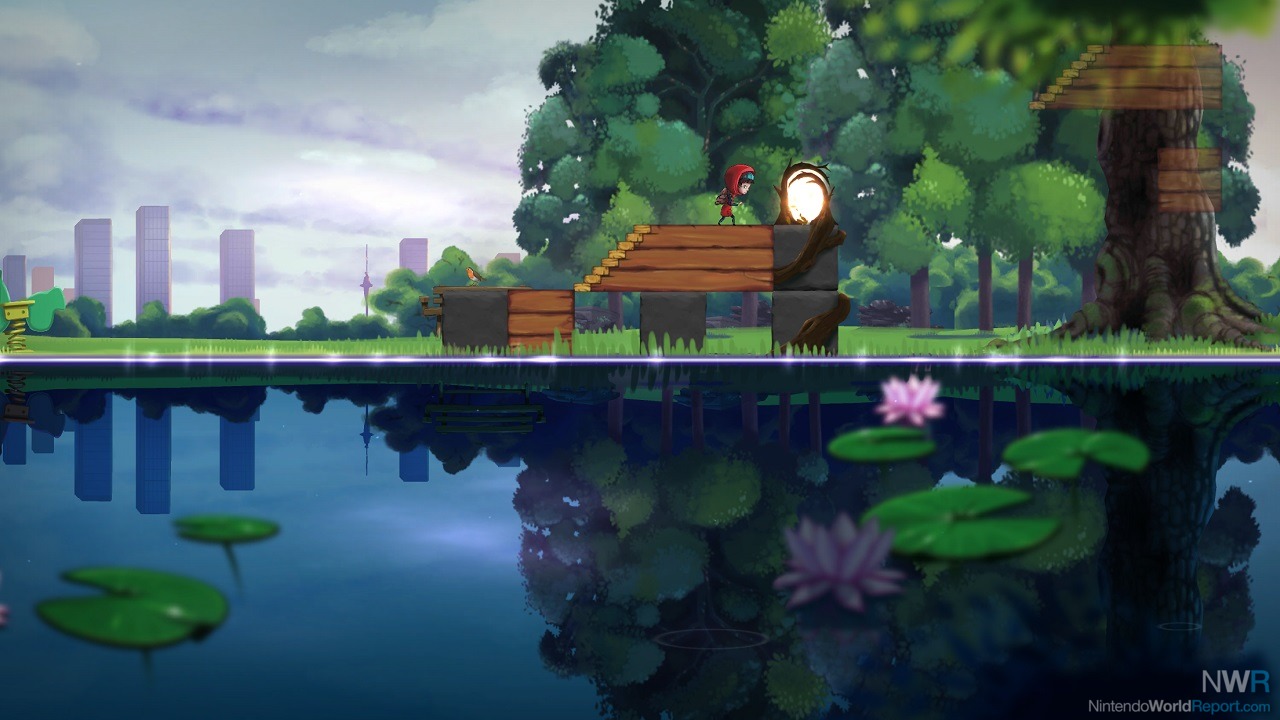 The story begins in a park, when a child named Zee notices a squirrel perched up on a ledge. They decide to use their ingenuity (and large supply of wood planks) to get to it. Being a squirrel it of course runs away from Zee, who accidentally winds up walking through a portal into a dark and creepy version of the real world. A monster made up of thorny vines begins to stalk them and pulls a dark version of Zee from their body. The two must build their way from portal to portal, hoping that the next one is the one that will provide their permanent escape.

The gameplay of Samsara is deceptively simple, with every puzzle taking place on a single screen. For each screen you are given a specific combination of blocks to work with and you must use those blocks to help guide Zee to the level exit. Blocks can be rotated and stacked as is your typical puzzle fare, and once you believe you have a reliable path pressing the Y button will trigger Zee to walk forward. If they hit a wall they will turn around, and if they fall off of a ledge they will die and respawn at the beginning of the level.

Eventually you are introduced to the game’s most prevalent mechanic: reflections. Every level takes place over a pond that is reflecting a second level on to the bottom of the screen, placing a block within the reflection will cause a mirrored clone of that block to appear in the top area. This block will interact with physics depending on the type of block it is, with wooden reflections falling like normal and stone reflections staying suspended in midair as long as the bottom version is placed on something. Other mechanics and block types are introduced fairly frequently, such as portals to other spots in the level, platforms that disappear after being walked on, platforms that appear when Shadow Zee walks through them, gem blocks, and more. With all of this put together, levels can become complex fast, but it always manages to stop just short of becoming overwhelming. 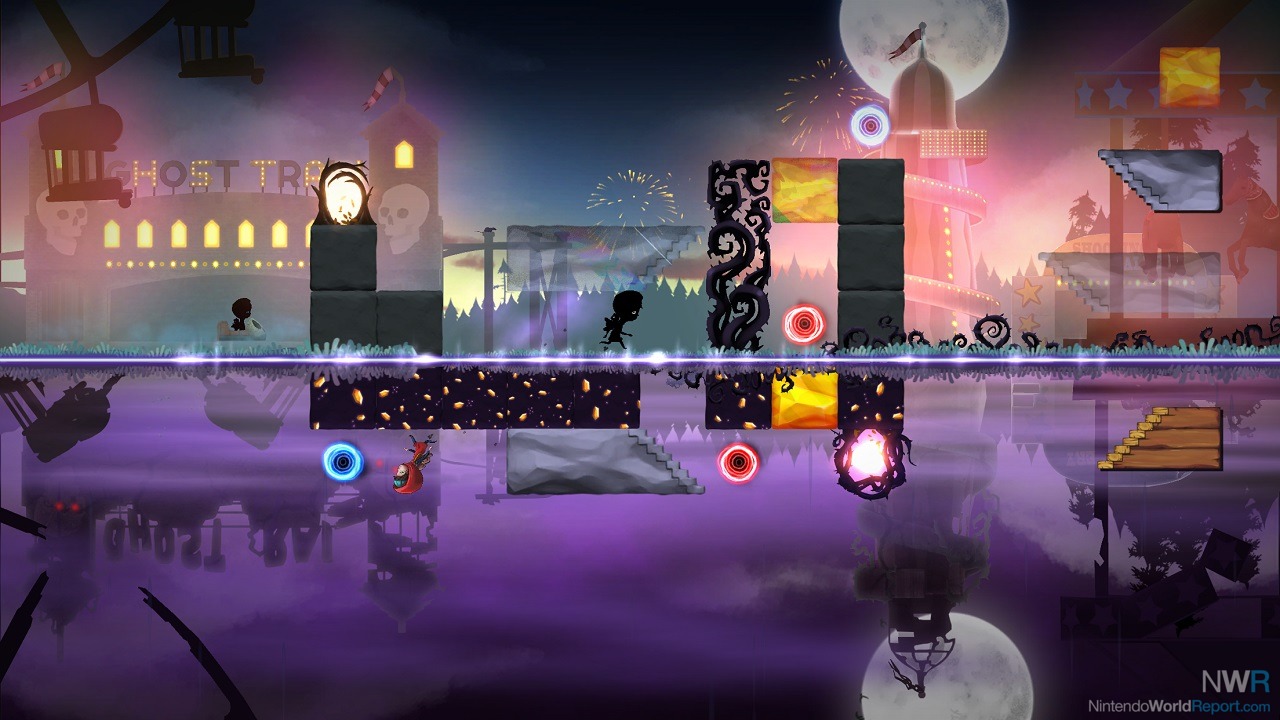 Samsara’s art direction is not something that will blow you away. While backgrounds for levels are well drawn and animated, they’re also generic and nothing you haven’t seen before. The reflections of backgrounds portray a dark and twisted version of what is usually a serene location above, providing a good backdrop for levels but also leading to some of the aspects being a bit on the nose (did you know that 999 upside down is 666?), which caused me to cringe on a few occasions. The overall presentation of the game makes it feel closer to a mobile title than a console release, though this generally doesn’t take anything away from the overall experience.

The sound design is the game’s weakest point, with levels and the level select screen completely devoid of music unless Zee is moving. This means that any songs in the game only play for a maximum of around ten seconds, which is how long it takes Zee to go from start to finish in a successful puzzle attempt. This also means that anything making sound effects in the background of the level, such as birds loudly singing or a bat loudly flapping its wings, become extremely distracting. So distracting in fact that I ended up turning sound effects completely off after a few worlds and found it had suddenly become much easier to concentrate on the puzzle at hand.

Overall, Samsara manages to be a clever puzzle game with mechanics that are easy to wrap your head around and some genuinely challenging puzzles that are sure to keep you entertained. Whether you’re on the hunt for a new brain teaser or simply looking for something to play for a few minutes on break at work, Samsara is probably a game you should put on your list. Disappointing sound design aside, I found that the experience was fun both on my own and alongside friends as they tried to help me solve a particularly difficult level. It’s not perfect, but for what it is and what it’s trying to be the game does find some success.