Wield your gun boots with authority as you fall down the arcadey rabbit hole of this roguelike.

Downwell takes an easy-to-grasp concept and layers oodles of fun ideas on top to make it one of the tightest roguelike experiences I’ve played in recent memory. Of course, for some, it might be long out of your recent memory as Downwell first appeared on mobile platforms in 2015. It’s making its Nintendo debut on Switch now though, and whether you play it in a normal handheld or TV setting or the more optimal tate mode (perhaps with a Flip Grip), it’s an electric game that almost always demands just one more run.

The setup is straightforward: you’re a dude with gun boots falling down a well. You have to survive that fall. After jumping, another press of a button fires off your shooting shoes, which start off as a typical machine gun. As you fall down through the four worlds with three levels each, you can stumble upon power-ups that can change your boots into a laser gun, shotgun, and more. At the end of each level, multiple upgrade options appear at random to let you boost your hero. These vary from simple things like health restoration to wilder stuff like eating dead bodies for health or shooting off bullets every time you blow up a block. Shops also appear every so often, letting you use gems accrued from defeating enemies to buy health and ammo boosts. 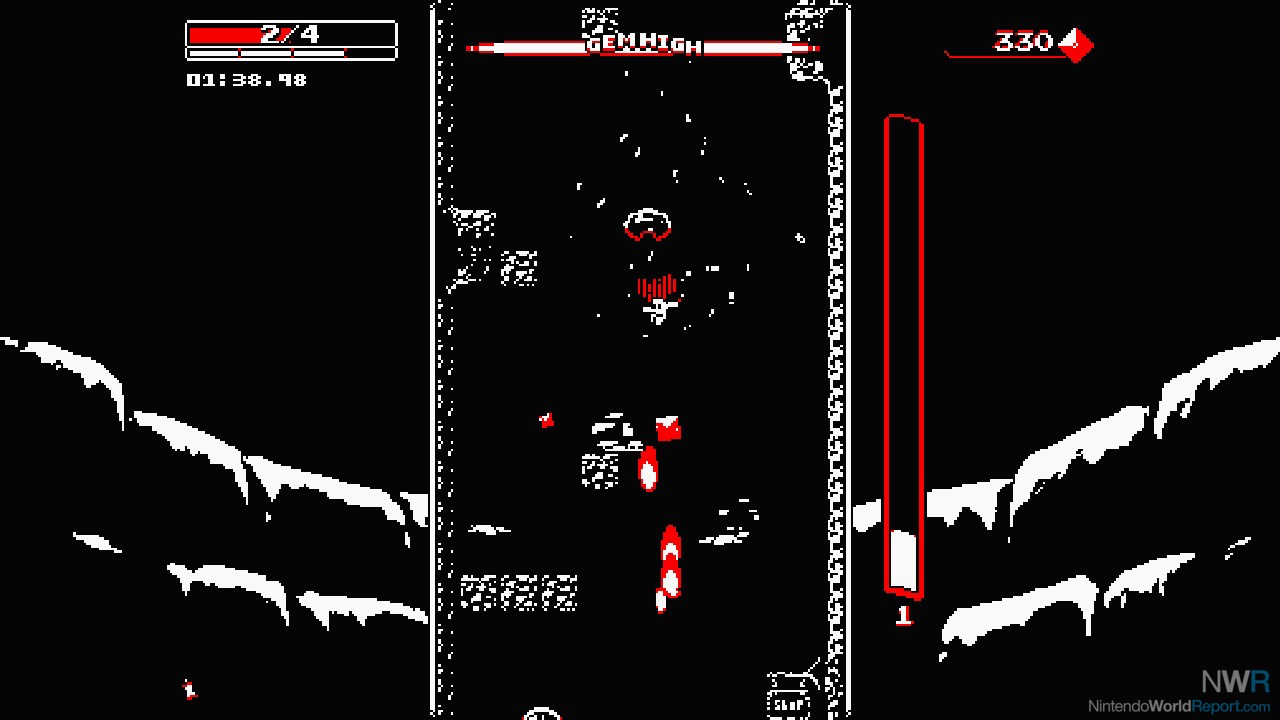 It’s that constant stream of improvement and variation that makes Downwell so damn addictive. Every run is different, first off thanks to procedural design and second due to the wild variation of potential power-ups and weaponry. Some runs ended prematurely because I didn’t stumble upon the weapons I like or pick power-ups that work well together, but every so often, I become a destroyer of worlds armed to the teeth with multiple laser shots, a drone, a rocket jump, and jet pack.

To progress, building that loadout is important. Early on, I had trouble getting out of the first world, but through practice and learning the ins and outs of the enemies and obstacles there, I mastered it. Moving on to the second, third, and fourth areas followed that steady progression as well. Each area features new challenges that beautifully build off of the simple concept of falling down a well with weaponized footwear. 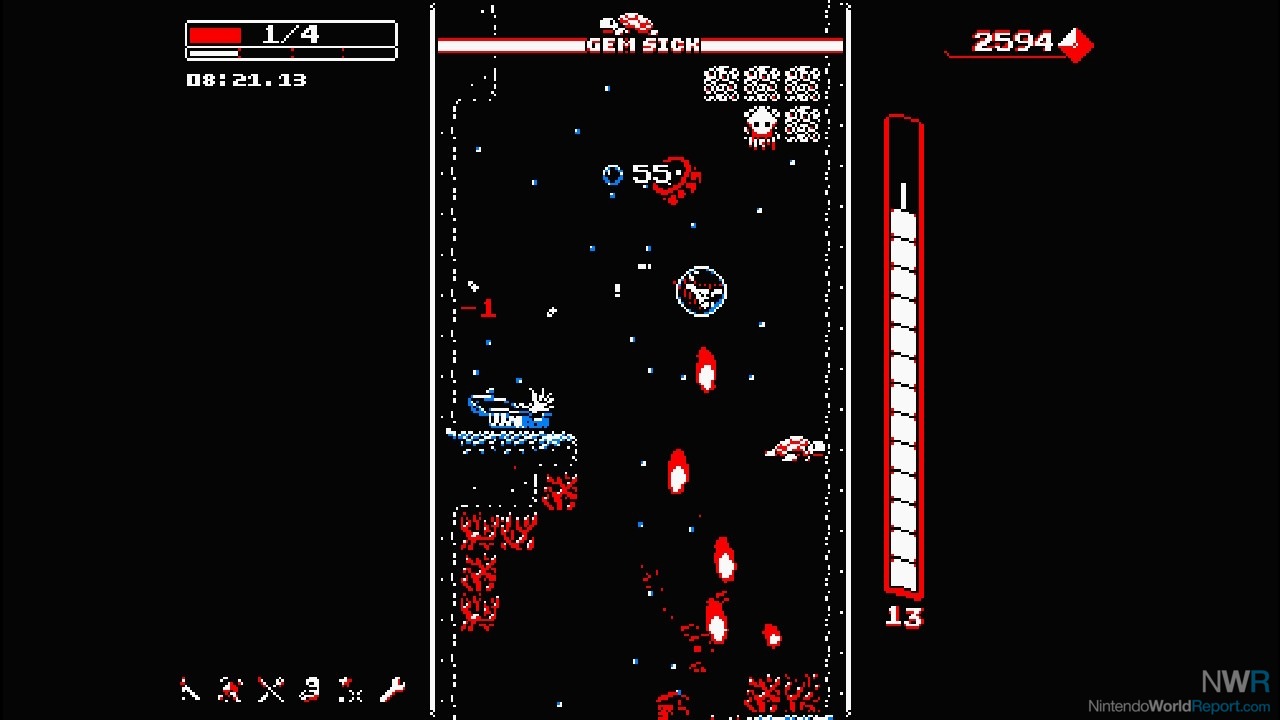 For the most part, Downwell follows a classical roguelike design, as you start over fresh every run. A few persistent unlocks are available though. Different color palettes can be unlocked by collecting gems, letting you change the stock black, white, and red style to be pastel or have shades of blue or green. Game Boy and Virtual Boy-inspired palettes can be unlocked but because the game relies so heavily on being able to tell the difference in colors of enemies, they’re damn near impossible to play effectively without preternatural knowledge.

The other unlocks are styles, which let you tweak your character a little bit. The first unlock just makes the hero a little floatier. Others add more gun power-ups or health. Benefits and drawbacks make it so no one style is firmly superior. Just find the one that matches your style.

After years of hearing how cool Downwell is, it’s great to see just how fantastic it really is. It’s a straightforward, no-nonsense masterclass in design where it’s super easy to sit down with the intention of playing for five minutes and walk away a dozen runs and more than an hour later. Now if you’ll excuse me, I’ve got some gun boots to fire off so I can get to the bottom of this well.