If an action-platformer and a rave had a baby.

Octahedron is a fast-paced, luminescent action-platformer from Demimonde, another studio helmed by a single individual. The base game was originally released in March of 2018, and the Transfixed Edition brings new challenges and unlockables to the package. After spending about 5 hours running through the 50+ stages of the game, I am ready to call Octahedron: Transfixed Edition my favourite game of 2019 (so far).

Running and jumping are the rudimentary actions for nearly all platforming games, but the unique mechanic added by Octahedron is the ability to create a platform underneath your character that you can ride across the screen or use to reach areas you wouldn’t otherwise be able. Once you create a new one, however, the first one disappears. In most stages, you can create two platforms before needing to land on the ground and reset the counter, but in a few stages the count can go up to 10 and even 50 platforms. You can also collect items in certain stages that temporarily imbue you with the ability to create extra platforms. Because of the reliance on this mechanic, you will be hopping frequently between the B button to jump and the Y button to create platforms, and some of the later stages really test your ability to alternate between the two inputs. 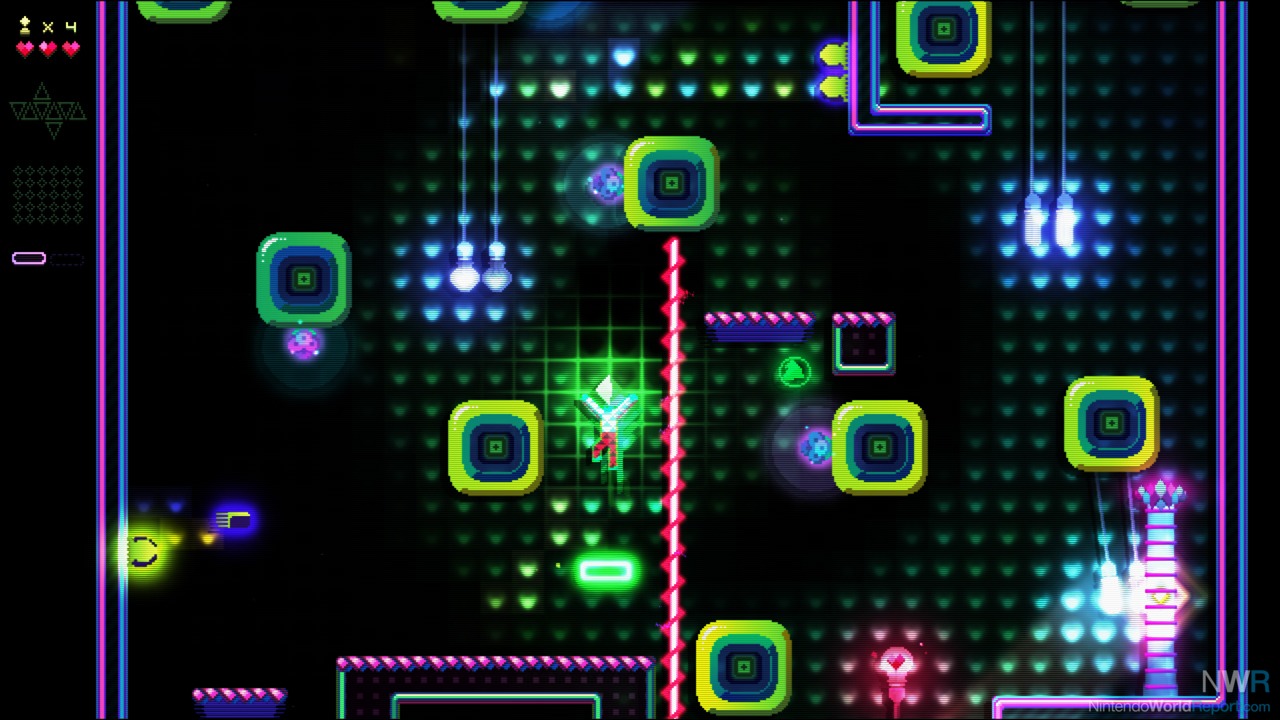 The challenge escalates at a steady pace as your platforms gain a new power-up at the end of almost every world. These include a beam that shoots beneath your platform to destroy enemies and activate certain switches and spikes that shoot out horizontally to open up brittle walls and slice through chains. You can also find upgrades that allow you to take more hits from enemies, for example. What’s more, the level variety is incredible; no two stages are alike. New enemies, gameplay wrinkles, and strategies are put into play frequently, and I was always excited to see what would come next.

While it might not be everyone’s cup of tea, the electronic house and chiptune trance music of Octahedron has an awesome beat that often matches the action on screen. It fits perfectly with the vibrant, neon colors that pulsate and explode as you run through each vertical stage. This is absolutely the type of game that should be played with headphones for maximum effect. Admittedly, the visuals are fairly simple in design, but I find that they work well for the genre, keeping the focus squarely on gameplay, and Octahedron is no exception. 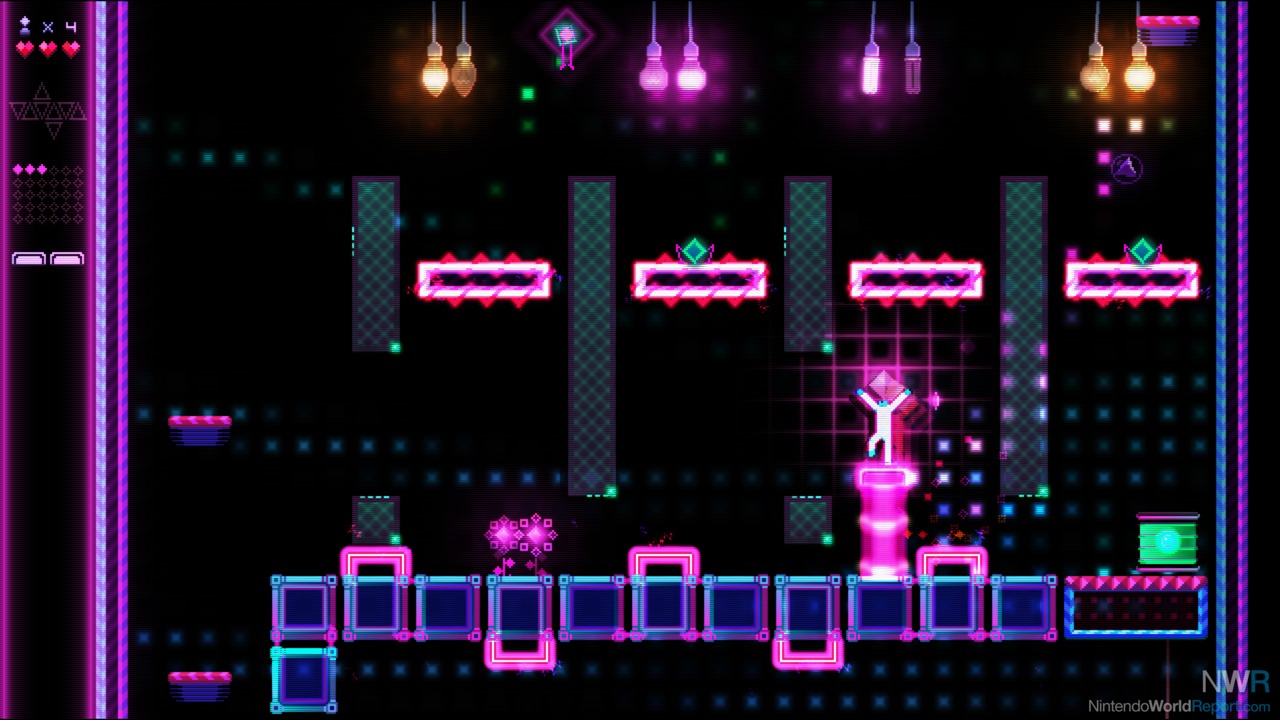 To move from one world to the next, you need to collect a set number of flowers, with a maximum of 30 in each stage. Early on, you might need an average of 15 from each level, but later worlds force you to collect a higher percentage before you can progress. Adding to the replay value are 35 awards that you can earn by accomplishing various gameplay feats, such as collecting all tetrahedron pieces hidden in the levels. You can also aim for completing each stage as thoroughly and quickly as possible to earn medals or record your best times. Finishing the game unlocks additional difficulty options as well. Unfortunately, there are no online leaderboards or multiplayer options, but this is really the only thing missing from an otherwise stellar title.

Because there are so many entries in the platformer genre, a game really has to do something special to stand out from the crowd. Octahedron uses an alluring presentation, a bumping soundtrack, and excellent gameplay to position itself as one of the first Nindies darlings of the year. The final stages of the game are an absolute trip, and for much of my time with it I simply could not put Octahedron down. A free demo on the eShop leaves no excuse for ignoring this one. You don’t need to get dressed up or shell out for expensive drinks to feel like you’re at the club. Just play Octahedron.