A Switch port of games from five years ago that feels like it’s more than 10 years old.

Revisiting the past of video games can be a dicey proposition. More often than not, games are a product of their era and elicit a strong sense of “you had to be there” nostalgia to be appreciated, especially in light of constant iteration. Every so often, a game clearly stands the test of time and holds up despite coming out years ago. New Super Mario Bros. U DX straddles the line deftly, as the creativity and smart level design on display in New Super Mario Bros. U and New Super Luigi U are still excellent after more than half a decade. But something was lost in translation. A sauntering pace and the absence of Miiverse and Boost Mode help to make these two well-crafted adventures feel much older than they actually are, like they’re representative of Nintendo from an era extremely far removed from 2019.

Since these games debuted, Nintendo has executed a slew of brilliant ideas, mostly related to the launch of the Switch after the failure of the Wii U. Even just limiting it to Mario games, Super Mario Maker and Super Mario Odyssey were both a shot in the arm for the company’s mascot. Both are great, with Mario Maker reinventing the 2D style with a creation aspect and Odyssey making modern updates like removing the traditional lives system. In comparison, New Super Mario Bros. U seems like it’s from a lifetime ago, as the 2D platformer is built around a nearly perfunctory lives system and a baffling save system that features temporary quick saves and only offers a full save after beating a castle or fortress. And while so many platformers—even ones from 2012—let players quickly jump back into the action after a death, this pair of games still feature immense downtime between failures, as you’re always kicked back out to the world map and have to wait just a little bit too long to jump back into the action. For a port of a game from a past generation, the load times are weirdly lengthy. 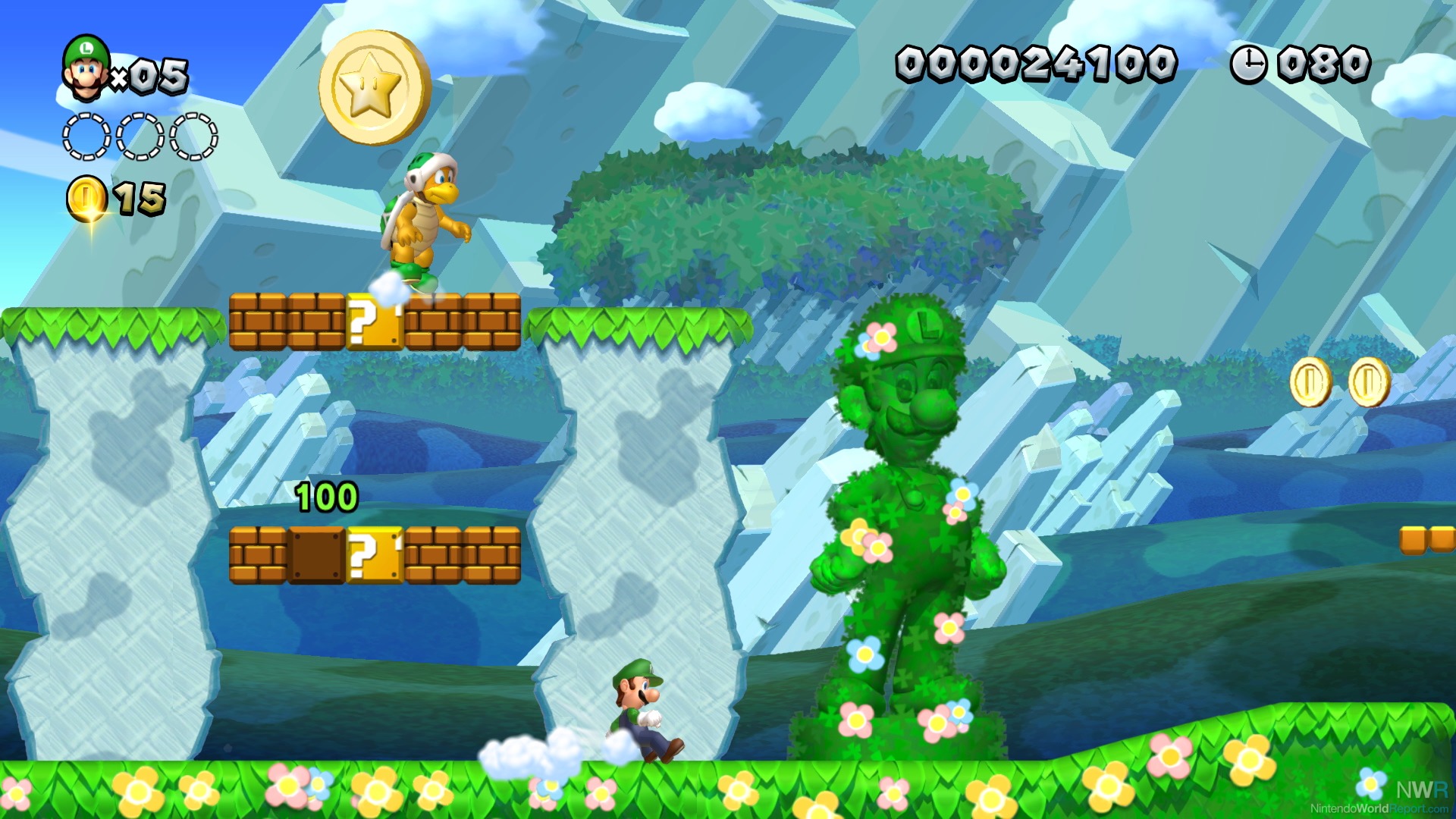 In their initial 2012 and 2013 launches, New Super Mario Bros. U and New Super Luigi U were both the end of an era of 2D Mario. To that end, they weren’t all that “new.” Both games still show off some of the sharpest Mario level design to date, but aside from a more cohesive world map and a new Squirrel power-up that basically is the Super Mario World Cape but worse, the intriguing additions are all washed away in the Switch port. The Wii U versions were Miiverse showcases, offering a great level of social interaction with the ability to jot down or view hints from other players (and sometimes be subject to pure horror because Miiverse did have its NSFW issues). It also had Boost Mode, an amusing multiplayer mode where a player could use the Wii U GamePad’s touch screen to assist another player or four. While remnants of that mode still linger, the clever application of asymmetric multiplayer is gone.

Moving away from what’s absent from the Switch ports, here’s what it adds: not much. The biggest addition is Toadette, a new player character that can transform into the disturbing mutant Peachette, which is a great way to play this hard platformer if it’s too challenging. Peachette has Peach’s trademark sidescrolling float as well as a second jump that offers a great vertical boost. Toadette is basically an easy mode, with Nabbit—now playable in New Super Mario Bros. U for the first time— being the easiest mode as he doesn’t take damage from enemies. Having that gradation in difficulty and letting Toadette, Nabbit, and other characters all play together is great. 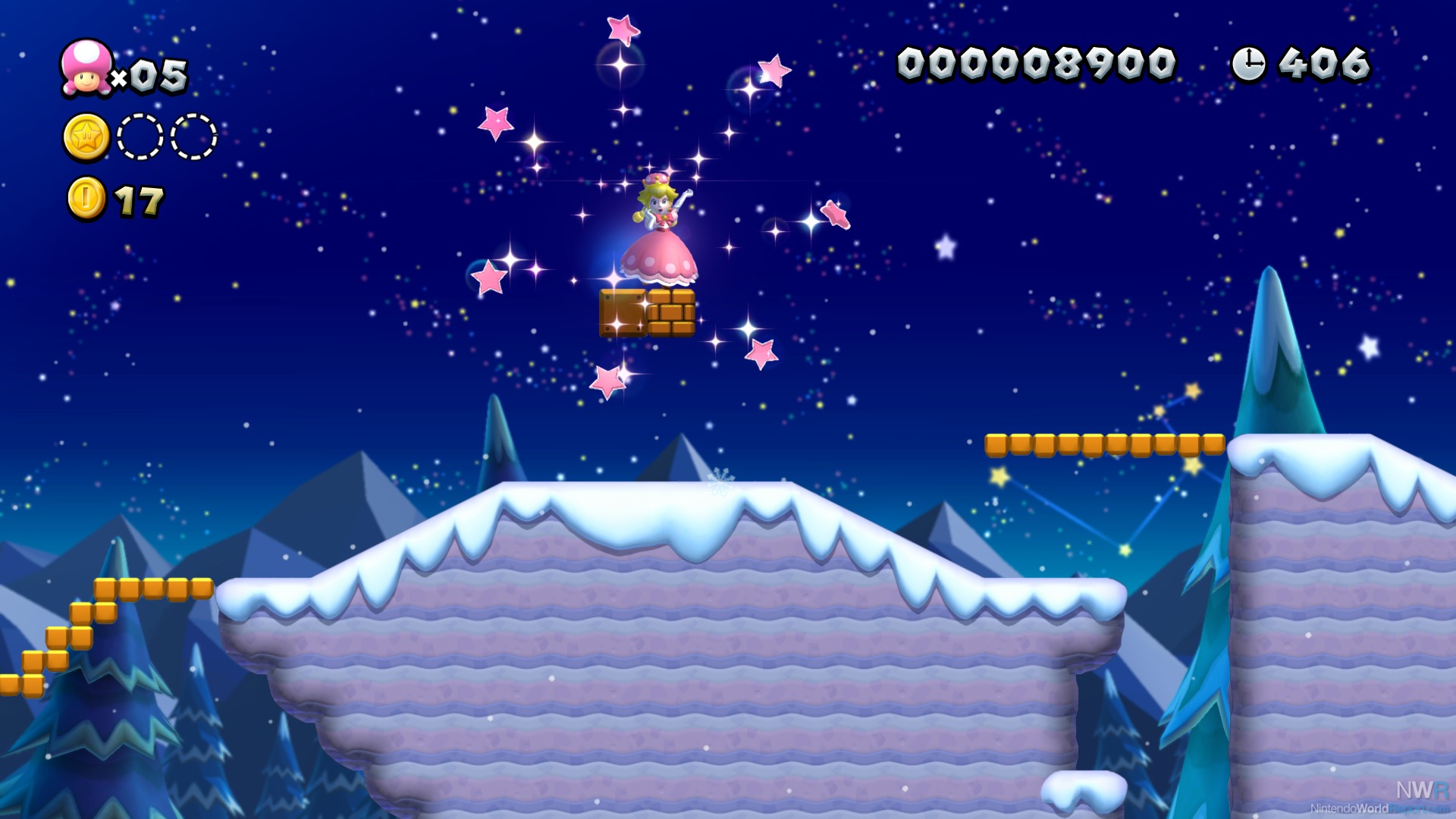 With all of that in mind, if you missed out on the Wii U or the last gasps of the New Super Mario Bros. series, this collection of that era of 2D Mario’s finest hours is well worth playing. The levels are clever and the challenge is terse but fair. The soundtrack is still boring and disappointing, though ultimately inoffensive. As long as you can get past that and some of the borderline archaic elements, like the laborious pacing or the ancient save and lives system, New Super Mario Bros. U and New Super Luigi U are both awesome. It might not be 2D Mario’s best, but it’s definitely worthy of being in the conversation.

On a system with countless other 2D platformers, whether it’s other ones from Nintendo (Tropical Freeze holds up way better) or the hundreds from indie developers, New Super Mario Bros. U DX is far less essential. The package is totally fine, and outside of Peachette leading to one of the most disturbing memes in recent Nintendo memory, the new character’s addition is welcome. Aside from that, the only benefits of this release is that it can be truly played portably and it’s on a console a lot more people own.

I have this one Wii U but never finished it. The controls felt weirdly off for me.