Changing the past to make a better future!

The past is always something one wishes to change whether it be to prevent disaster or change future events, and this concept is beautifully presented in Omensight: Definitive Edition. Omensight is an Action Murder Mystery game with a time travel theme similar to that of Majora’s Mask or Ghost Trick. Omensight is possibly one of the best indie games I’ve played in all of 2018, despite some glitches and questionable design choices. 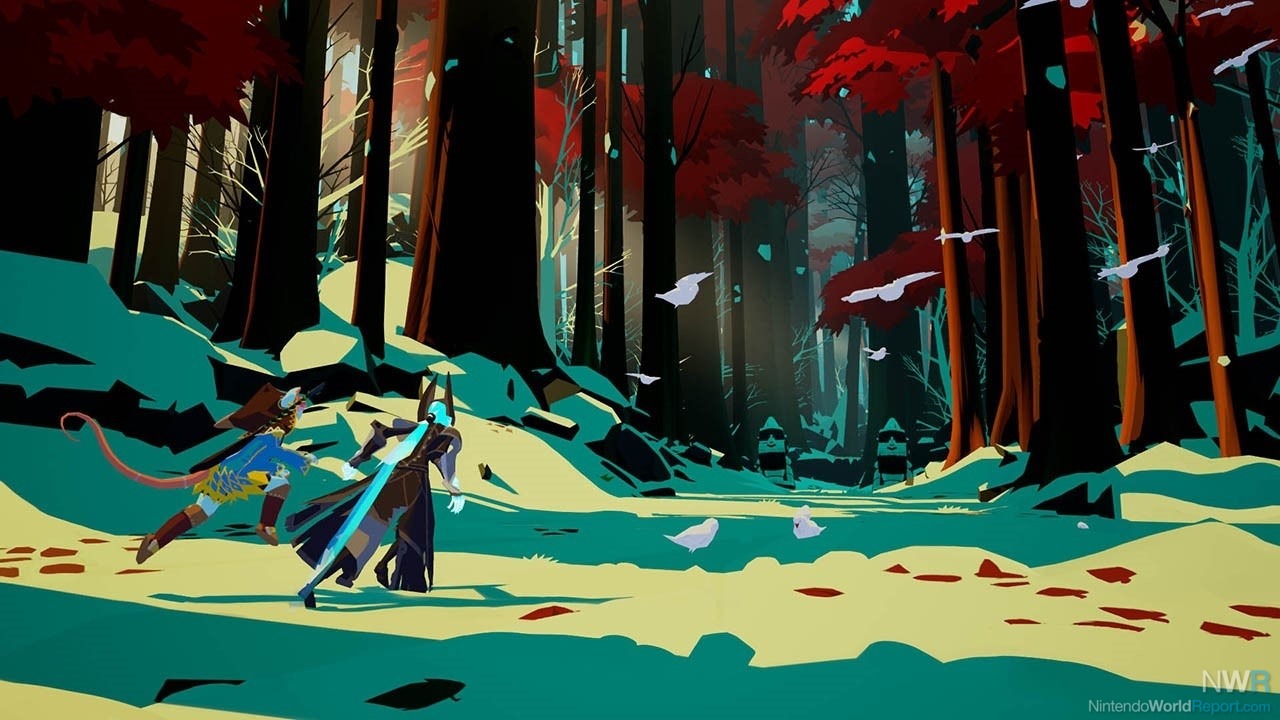 The story opens to a war between the nations of Pygaria and Rodentia. In the midst of conflict, a mythical warrior who appears during times of crisis known as The Harbinger arrives on the battlefield. After making her way through the chaos, she uncovers that the land of Urraliais is going to be devoured by the ancient god Voden. To prevent this fate, the Harbinger must go back in time, gathering information on what caused the release of Voden and how she can prevent the utter destruction of Urraliais.

The majority of the gameplay is interacting with 4 different characters in an attempt to gather information on their role in the events of the calamity and to figure out the answer to preventing the destruction of Urraliais. You’ll follow each character until you obtain a vision of the past known as an Omensight. The Omensights are shown to each of the characters so as to cause changes in their actions, emotions, and ideals 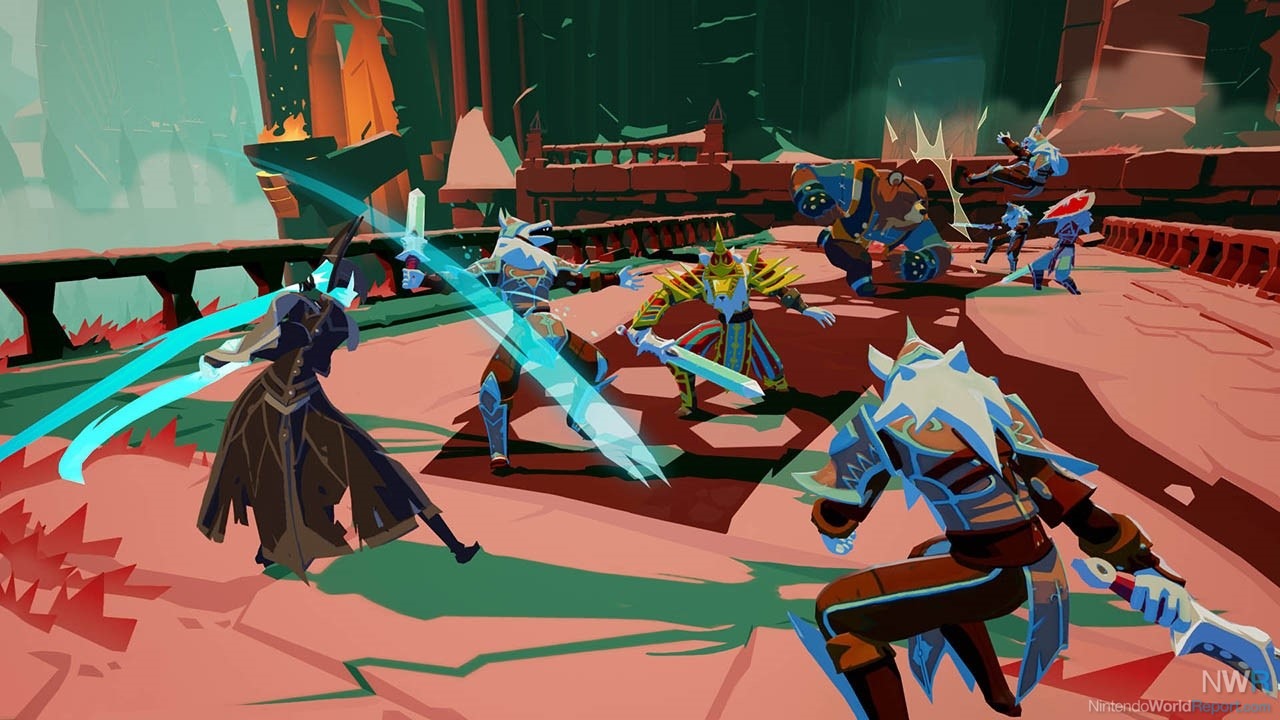 Omensight has no shortage of dialogue, but it did feel too heavy early on. However, as time went on, the story began to capture my attention and I genuinely cared about each character and the mystery behind all of the tragic events. The fighting segments are clean and allow you to mix up your attacks to create various combos and strategies on how to deal with your foes. Points collected throughout each level provide you with the ability to unlock new abilities and upgrades.

It isn’t perfect, however, as there are a few glitches and awful design choices. The most notable issue is the significant drop in frames when the game tries to perform an animation of rewinding time and progressing through the day. It isn’t a complicated animation, with the only movement coming from some clouds in the sky and markers showing a character’s location. It’s extremely annoying to see such a cool animation take forever and appear super framey. The other and possibly most annoying part is the heavy load screens. There are certain parts of a level that have doors that take you to the next area. They’re meant to serve as a checkpoint so if you die you can reload to that part and continue. Unfortunately, they take forever to load and grind the gameplay to a sudden and abrupt halt. 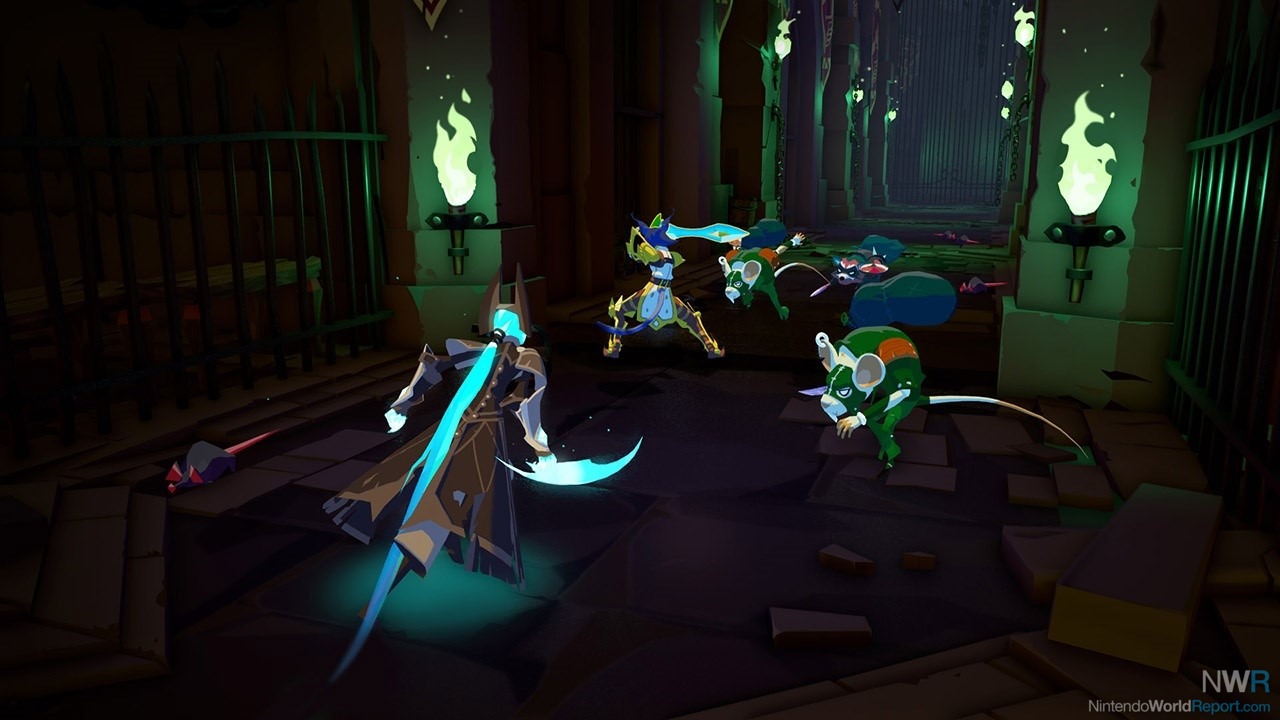 The art style and soundtrack are phenomenal. The smooth and serene design of the area around you portrays a graceful beauty but also invokes feelings of concern and dread as you progress through the game’s sorrowful tale. The music is just so well orchestrated that it brings realism to each situation you face, whether it be obtaining shocking information or fighting a group of formidable opponents. The fully-voiced dialogue is quite impressive since it’s not always a common feature in many indie games. It’s beyond amazing and breathes life into each character making them more than just some pixels on a screen.

Even with its flaws, Omensight: Definitive Edition is a perfect hidden gem you’ll find on the eShop. If you’re looking to immerse yourself in a fantastic story coupled with a sublime art style and music—and a few odd design choices—I’d absolutely recommend giving this one a go. With reports of devs patching the game to remove some of the previously mentioned issues, there’s no reason for you to not have this game on your Switch.