A solid Meowtroidvania held back by a number of flaws.

Metroidvanias have no shortage of representation on the eShop with the qualifications of inclusion in the genre up for debate. As a mercenary cat tasked with collecting relics, Hunter’s Legacy feels a lot like Metroid with its exploration and platforming. A little hint of action-adventure is also mixed in when the relics must be used to fight a supreme evil that had been contained in the past by a great hero. 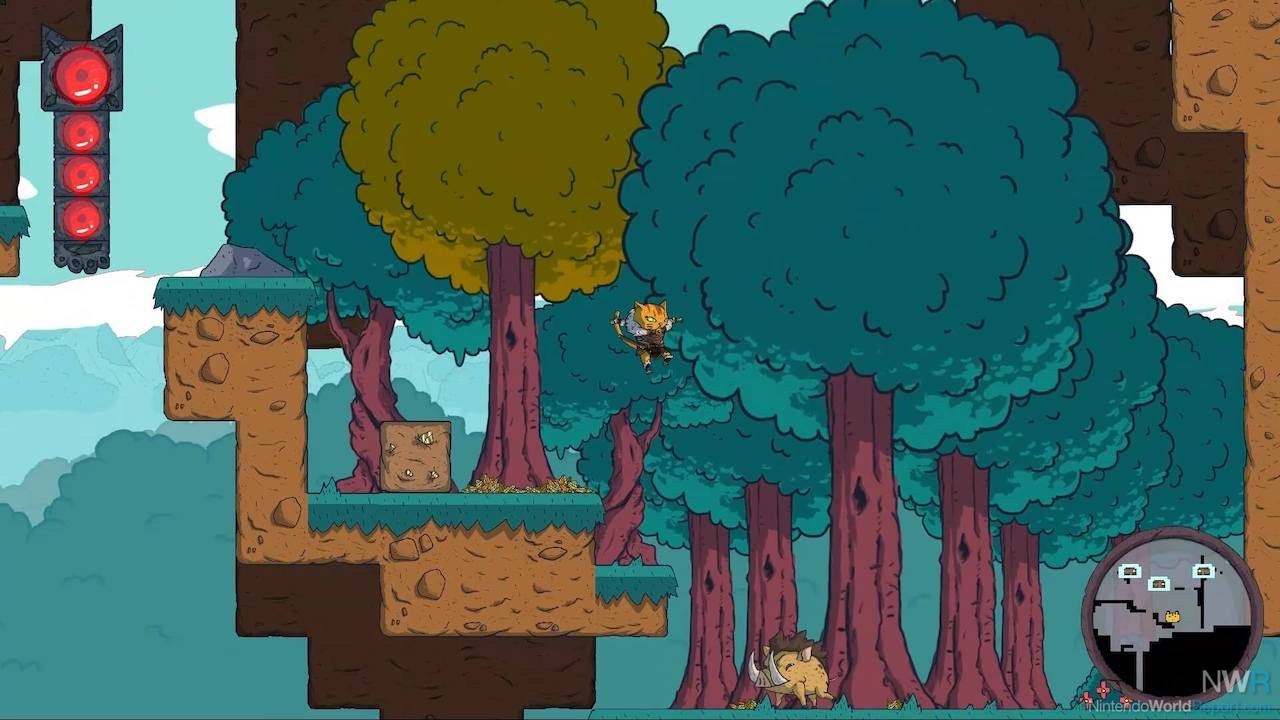 A good story is always necessary but the most important detail is whether the platforming feels good, and Hunter’s Legacy delivers. Jumping doesn’t feel floaty and the controls are tight so that if you run into spikes you know it was your own fault. The one mechanic that did not feel as precise was grabbing ledges. At times I felt like I put myself right at a ledge for my cat to grab but she wouldn’t, and I’d have to try again. This is not the biggest problem, but it did cost me health on a few occasions.

While the platforming feels good, the same cannot be said of the combat. Your cat has a nice assortment of unlockable weapons and abilities but they are useless against enemies that can float and shoot through walls, ceilings, or doors. The level of frustration was high after having platformed to a switch to open a door only to have an enemy spawn behind that door that to shoot fireballs at me. Even after navigating that headache he followed me through the door and proceeded to continue shooting fireballs from an area I couldn’t access, leaving me with no choice but to try to outrun him. Some of the boss battles have their own inconsistentcies in their mechanics. One boss has you jump in bubbles to float up so you can gain a vantage on its weak point, Only for the boss to appear right above me so I couldn’t do anything. It didn’t make sense to teach a player a boss fight mechanic that they cannot execute due to randomness. 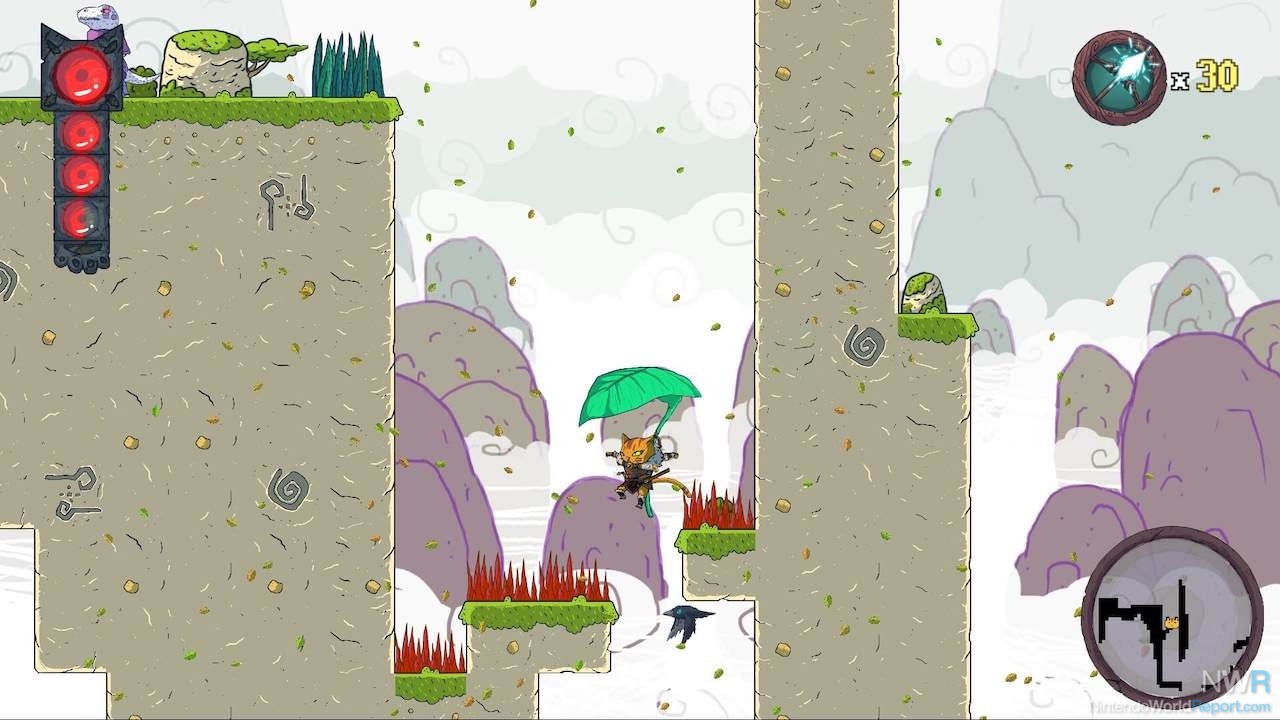 The world is charming, featuring bright colors and interesting looking enemies. I never felt bored exploring the environment as there was always something worth looking at. Teleport pads help with backtracking since like any good Metroidvania you’ll need to head back after you gain a new ability. The next main objective is always highlighted but does not force you to head straight there. You quickly see in even the beginning areas certain obstacles that you cannot get past but the style is consistent through each area so when you get a new ability you recognize where you can use it in old areas. The customization economy felt really weird. You collect gold from defeating enemies but then the early upgrades require ore that is found in special chests. Most of the game I had maxed out the amount of gold I could hold as the ore was the much harder resource to find.

Flaws in the combat really hold Hunter’s Legacy back from being one of the better indie Metroidvania titles. It does feature solid platforming and an interesting world that make it worth picking up. If you like cats and can deal with some cheap deaths then this is definitely a game worth playing.