Welcome to Shirin. See the sights, meet the locals. Just try not to get lost.

Nairi: Tower of Shirin is a colorful point-and-click adventure with an art style straight out of a book of stories for children, set in a world where cute humans and just-as-cute anthropomorphic animals cohabit. The story starts with the main character, a human girl named Nairi, being woken up in the middle of the night by her tutor/family servant (an old racoon): no time to explain, arrangements have been made for her to be smuggled out of the city. 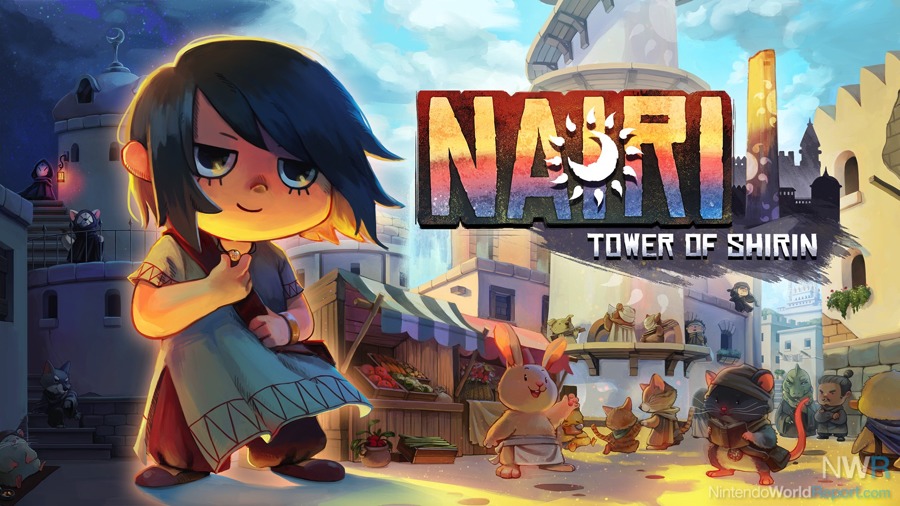 Her convoy ends up being attacked by desert bandits (cats). After befriending her captors she'll try to find out where her parents are, but to do so, she'll have to re-enter the city through its poor district with the help of reformed criminal Rex, a mouse using his experience with sneaking around to explore off-limits sites and study the city's history.

If it sounds like the story deals with some heavy topics, it really doesn’t. The game is family-friendly without being childish. It is full of cute talking beagles and duck-people, and the threats made by criminal gang members only manage to come across as adorable posturing. And while the setting begs for an exploration of class stratification or a comparison of the haves and have-nots, the game mostly ignores these themes. 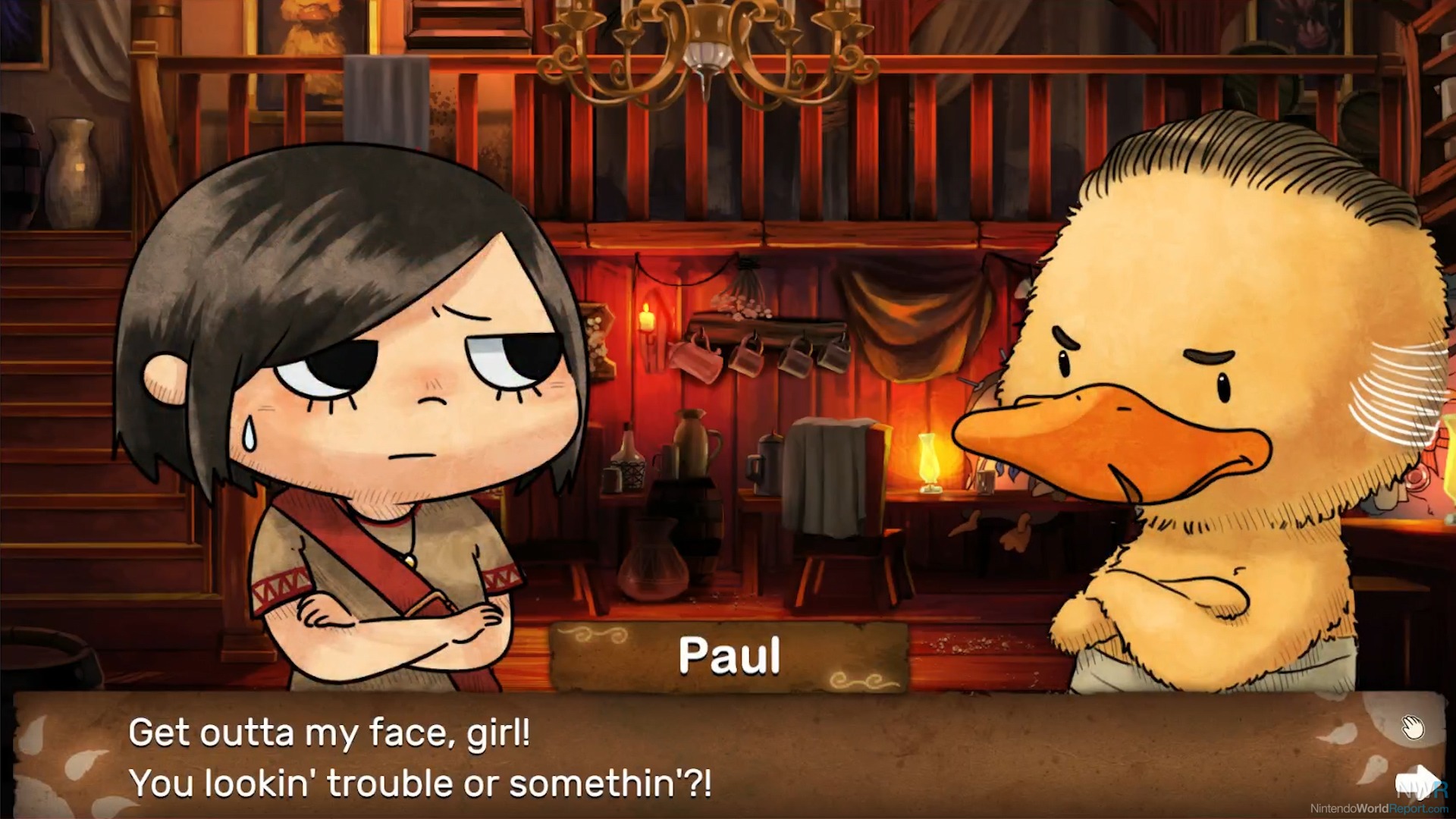 The game features a nice variety of puzzles. Early on, you’re faced with an “escape the room” type of situation. Halfway through, there is a lengthy string of fetch quests that manages to be enjoyable because it has you interact with lots of colorful characters. Towards the end, the game offers Layton-esque puzzles that have you figure out patterns and decipher codes. They are challenging without being impossible, but if you find yourself stumped, there is no in-game hint system to help you, which I think may be a miscalculation on the developer’s part. It can be easy to get turned around, or not notice a detail, so some optional guidance would be welcome.

Speaking of getting turned around, navigating the environments is definitely the weakest part. You explore static screens in a first-person view and move the cursor around to see where the exits are. But moving around only makes sense when you’re going to certain specific places in a certain way. Let’s say you’re facing North on screen 1, and click to head left. On the next screen (2), you’re facing West, and you can head back to screen 1 by clicking down, or head North to screen 3 by clicking to head right. This all makes sense assuming you started on screen 1.

But if you started from screen 3? You’re facing North, click down, and end up facing West on screen 2. And the game doesn’t tell you this. There is no compass, no map, no icon telling you where you just came from, so you just might click to head to the right, returning by accident to the place you just left. It’s trial-and-error navigation. By the way, there is a good four seconds of loading between screens. It gets irritating. 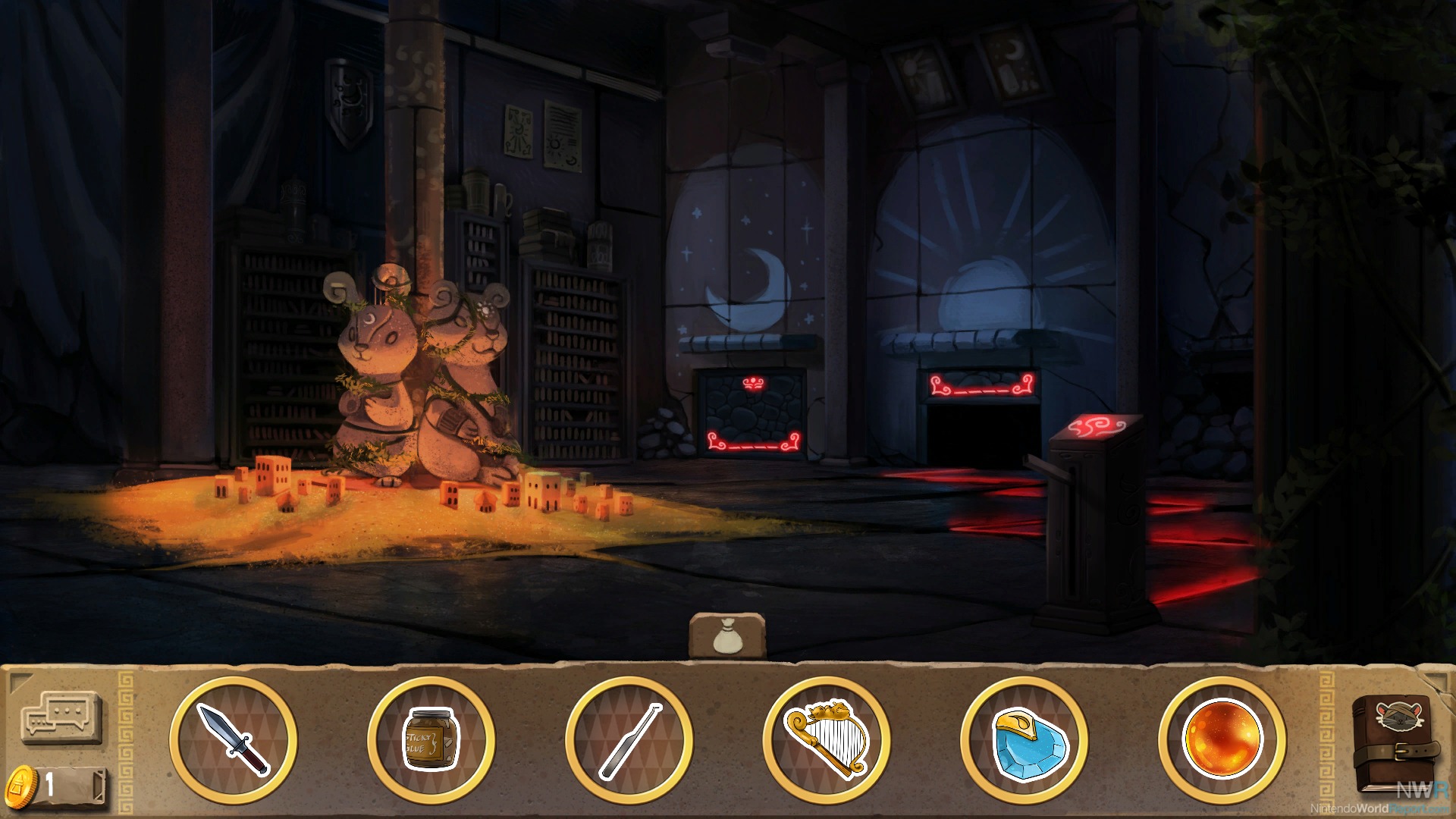 I guess it speaks to the strength of the writing and the atmosphere of a game when moving around it is frustrating, and yet that’s not enough to make one want to stop playing. I cannot overstate how beautiful this game is. Playing it and watching its cutscenes, I found myself wishing for an unlockable “storybook mode” that would allow me to pore over the game’s illustrations at my leisure.

One last thing I should mention: this game is Part 1 of a series, something I wish the game had disclosed upfront to set proper expectations. Tower of Shirin felt like just the right length to me and didn’t leave me feeling like I had played half of a game, but the cliffhanger ending leaves Nairi way short of fulfilling her quest. I don’t see this as a strike against the game, but being forewarned may save some people from being disappointed.