With the Nintendo Switch playing host to some top tier roguelike twin-stick shooters, the giant-mutated-broccoli-sized question is: does The Walking Vegetables do enough to rival the likes of Enter The Gungeon and The Binding of Isaac? Well, if you’re pressed for time, the short answer is no, but it does give them a run for their money in some respects. 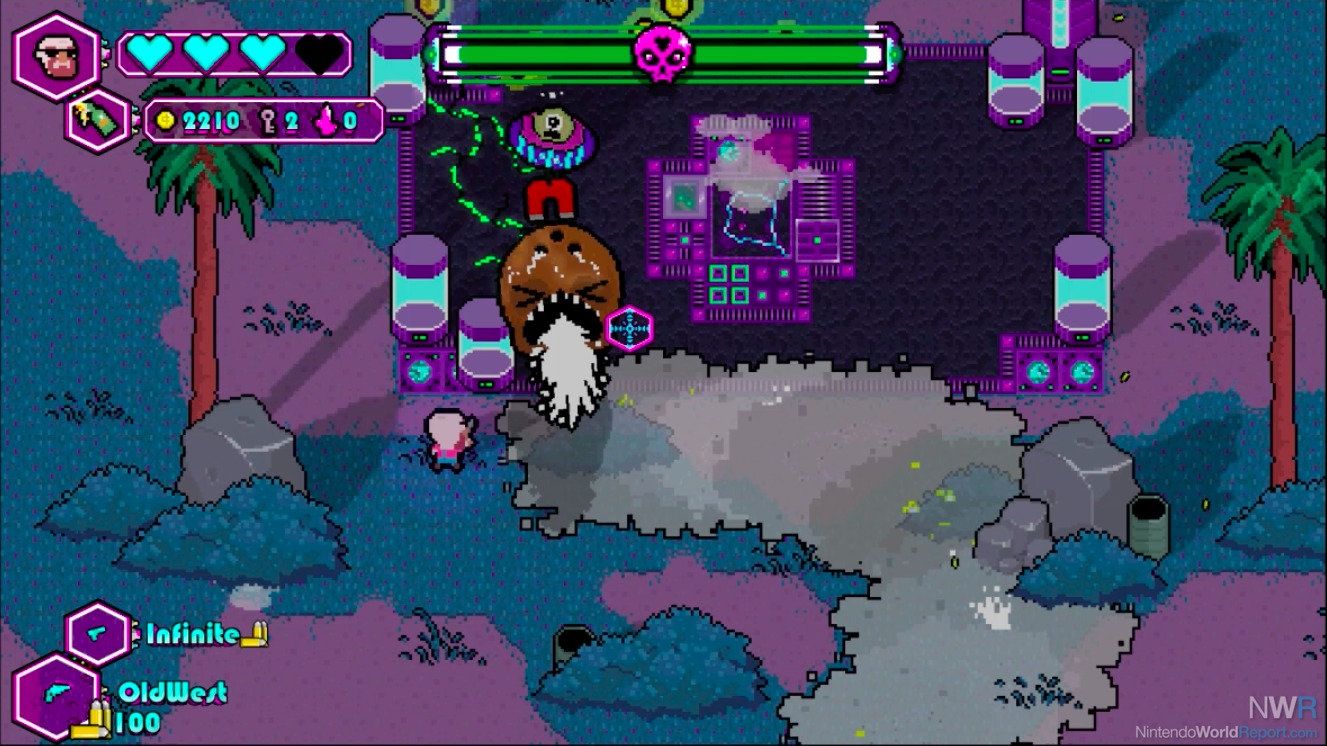 The silliness of the premise - defend earth from zombie vegetables - is on par with the big boys of the genre and ties in with the ‘80s B-movie shtick developer Still Running shoots for. HD Rumble is also used to great effect to convey the recoil of popping off a few rounds into a tomato (not a vegetable) and it’s far stronger here than the somewhat feeble implementation in The Binding of Isaac. The Walking Vegetables also makes a notable quality of life improvement over Gungeon by not requiring the player to reload their weapon. Having one less thing to remember amidst the frantic action makes the combat feel a little more fluid and a lot more forgiving.

There are also nice twists on roguelike conventions, such as the occasional appearance of Bob “The Ghost of Runs Past” who grants you a chance to grab a random item unlocked during previous attempts. Portals to Bonus Dimensions also appear sporadically, providing a fun distraction by offering rewards for taking down waves of enemies.

Sadly though, everything beyond that is a little formulaic. It’s all completely functional and the gameplay is enjoyable but eventually begins to feel a little “roguelike-by-numbers.” Sure, it’s never not fun to run around shooting stuff and the option for local multiplayer adds to that, but a lack of charm in the character and level design, as well as a dearth of enemy and weapon variety, ultimately holds The Walking Vegetables back. 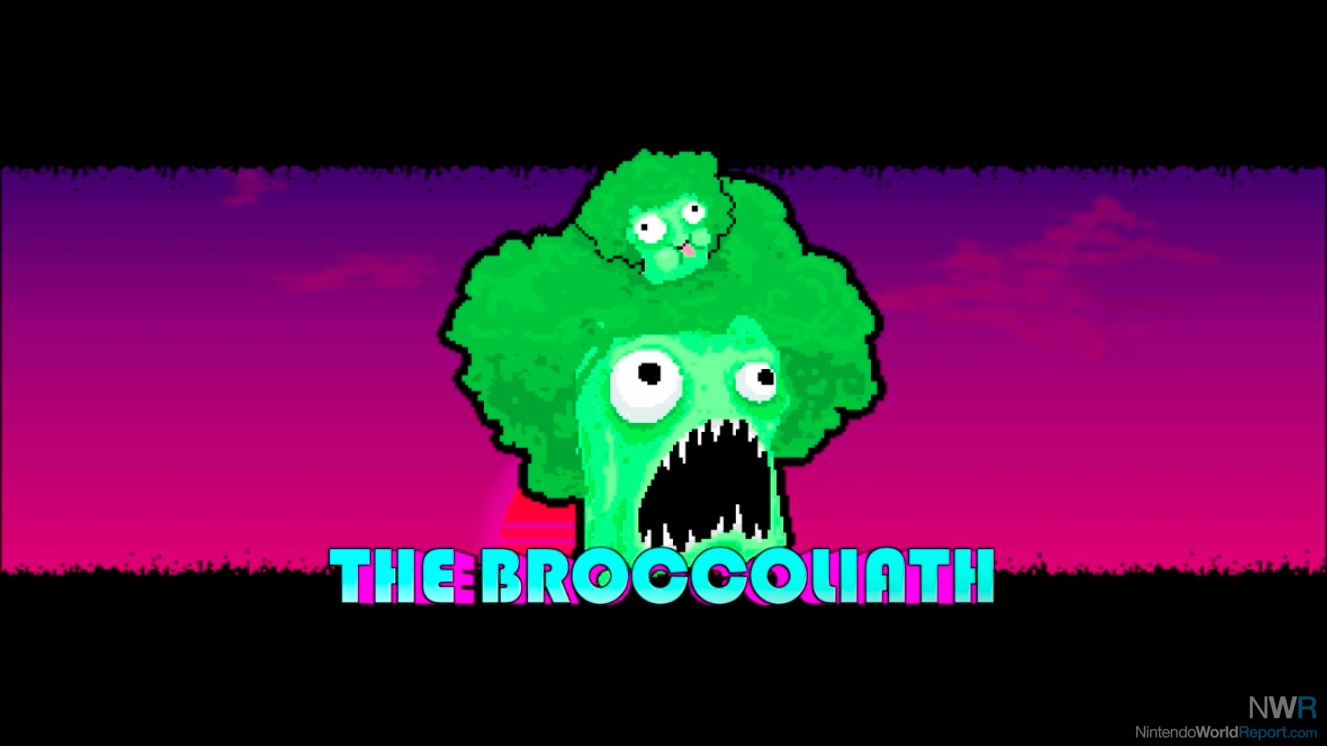 Aesthetically, the game brings to mind the neon-splashed tennis gear Andre Agassi wore before baldness robbed him of his cool points. The word garish doesn’t feel strong enough. Although that’s undoubtedly the look they’re going for, it veers a little too close to cheap and cheerful for my liking. Of course, pixel art can be downright beautiful (Hyper Light Drifter, Celeste) but everything looks distinctly unspectacular in this game; the buildings and objects are samey and even the biggest boss characters, like the wonderfully named Broccoliath, aren’t particularly expressive.

The same can be said for the music and sound effects - both the stock noises and the electro MIDI-rock soundtrack get repetitive to the point where a change of track is almost the biggest incentive to progress to the next stage.

All in all The Walking Vegetables doesn’t seem to have been made with the same level of imagination and expertise as its closest competitors. As such it’s a tough one to recommend, particularly when it’s on the same system as the superb Enter The Gungeon.