Circle of Sumo is a multiplayer-focused sumo wrestling game where you try to push your opponents out of a circle in a variety of different arenas. It basically forgoes single-player content in favor of local multiplayer, so you will need up to three other friends to join you to make the experience at all worthwhile. The primary sumo gameplay requires at least two people as there is no option to add computer-controlled opponents. Circle of Sumo is pretty easy to pick up and play, but the content isn’t all that compelling. 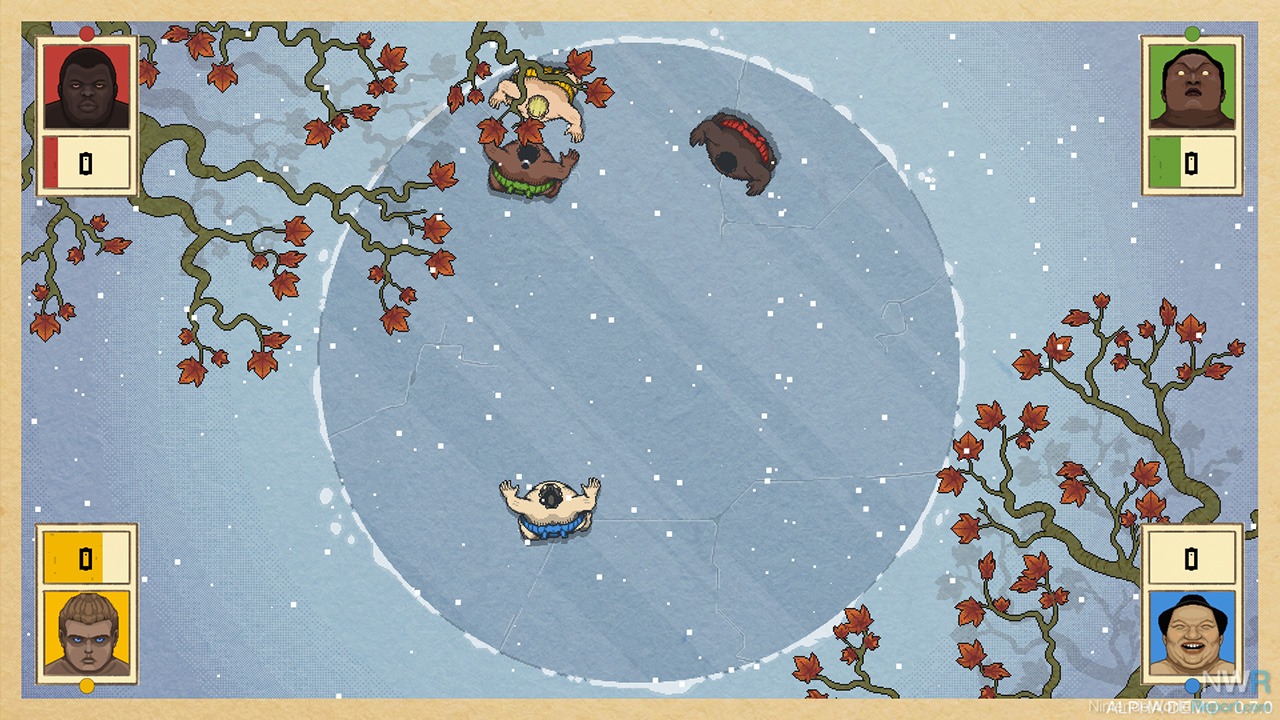 I’ll begin with the least compelling part of the package. There are two single-player mini-games, and both of them are basic time attack games. One sees you crawling across logs that are floating down a river while trying to avoid falling in the river. The second is a little bit like Frogger in that you are running up the screen and crossing roads and sidewalks filled with cars and pedestrians. Neither starts with any kind of tutorial, so you are unlikely to make any real progress at first. I didn’t find either of the mini-games interesting enough to play for more than a few minutes.

In multiplayer, there are initially four sumo arenas, with an additional 20 that can be unlocked via gameplay. After choosing one of eight different wrestlers with different sprint, power, and acceleration stats, you choose your arena and then attempt to knock your opponent(s) out of the sumo circle. The first player to be the last one standing five times is the winner. The stages have cool designs and obstacles, and I would have liked to play more to see all of the arenas, but even when playing with three other people the game simply couldn’t keep our attention. There are a handful of multiplayer mini-games such as hockey, football, and hurdling, and these do add a small amount of variety to the package. 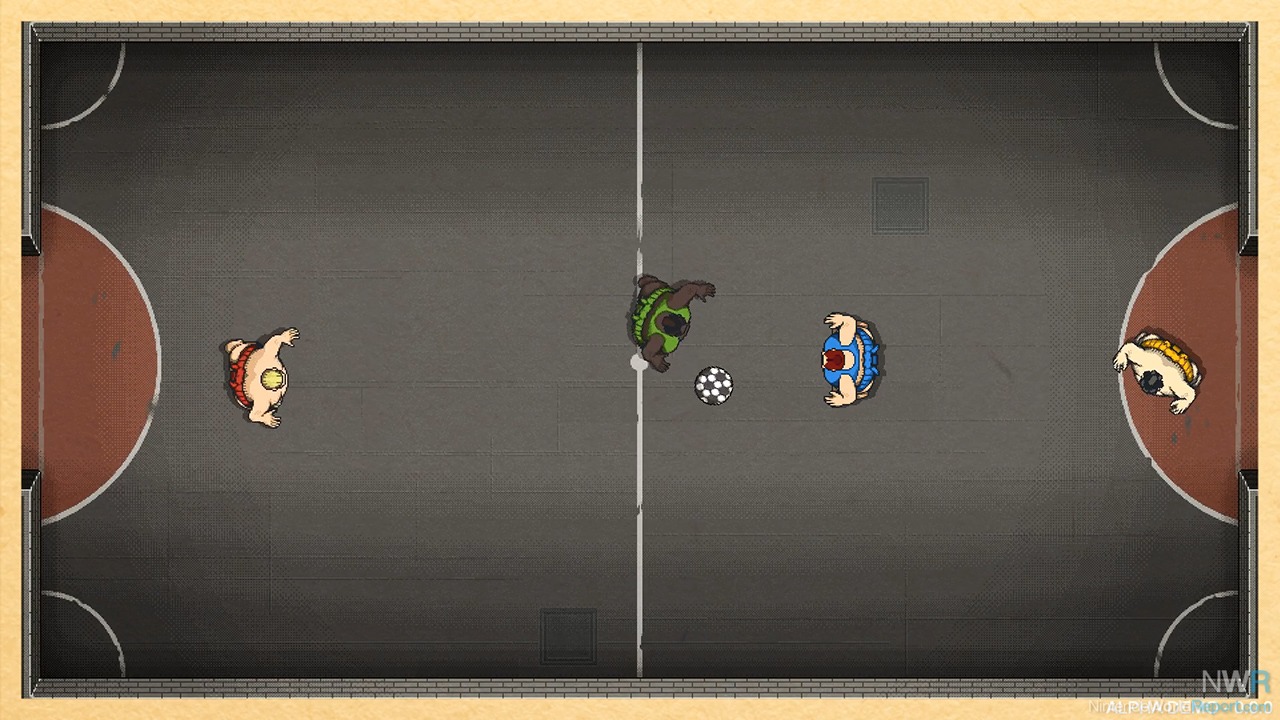 Overall, Circle of Sumo is a simplistic and uninspired multiplayer experience. A lack of single-player content means the game is only worth your time if you know you are able to get one or more people to join in whenever you want to play, and even then I wouldn’t recommend it. There are so many other better multiplayer games on the Switch that also have a decent amount of solo content. I did like the fact that you can unlock a number of cool sumo wrestling venues, but that’s one of the only bright spots here. Circle of Sumo doesn’t last more than a few minutes in the ring.