Rarely has the phrase "more style than substance" been so fitting.

Within the racing genre there is a constant and at times oddly literal effort to reinvent the wheel. Such is the case with Trailblazers on Nintendo Switch. An odd mix of Splatoon style paint mechanics combined with Fast Racing’s dual color boost system results in a dynamic new racing mechanic.

The basic idea behind Trailblazers is quite simple and easy to understand. Each car can leave behind a trail of paint. When that car or another on the same team drives over their color, they build up speed. However, you can only paint for a limited amount of time before you have to wait for your ability to recharge. It is therefore key to time your painting strategically, be it by painting to link long stretches of your color, or painting over the other team’s color. You also have the ability to shoot out a short path of paint in front of you that also serves as an attack against the other team’s cars. However, due to how quickly this uses up your paint reserves and its minimal effect on any enemies it hits, I rarely found it useful. 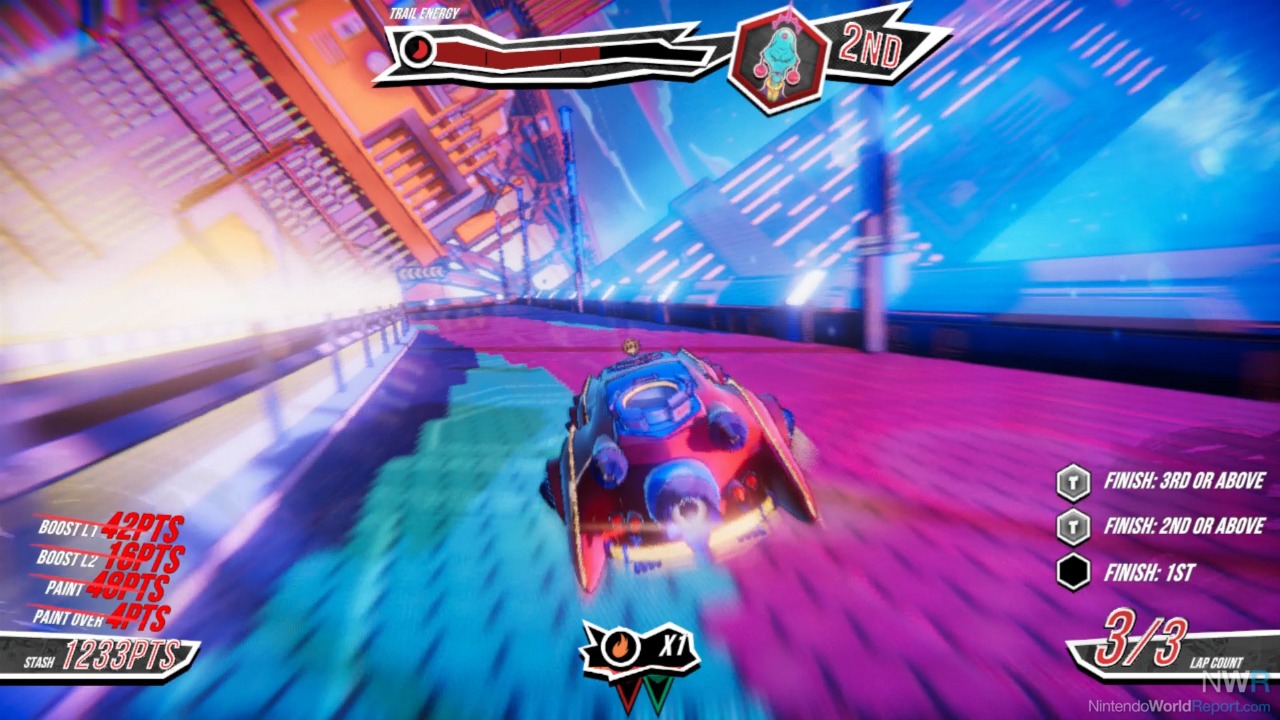 Beyond the paint mechanic, there isn’t much else going on. While each course has unique visuals, they don’t feature any unique hazards or any other elements to separate one from another. After one run through each course I felt like I had experienced everything Trailblazers had to offer. It's not that the gameplay isn’t fun—in fact it controls and plays quite well—but after thirty minutes or so you’ll have fully explored what little depth there is and will likely start looking for something else to play.

A standard cup mode is available, along with a story mode and multiplayer options for both online and offline play. Cup mode is your standard grand prix, with each cup containing three courses. There are also reverse and mirror modes, though the lack of interesting hazards and stage mechanics make them all feel about the same regardless of which way you’re driving. Story mode takes on a mission-based structure, in which you’re graded on how many objectives you can complete in a set number of laps. While I was only able to find one online game during the times I tried, the match I played ran well and I won (so it must be working). 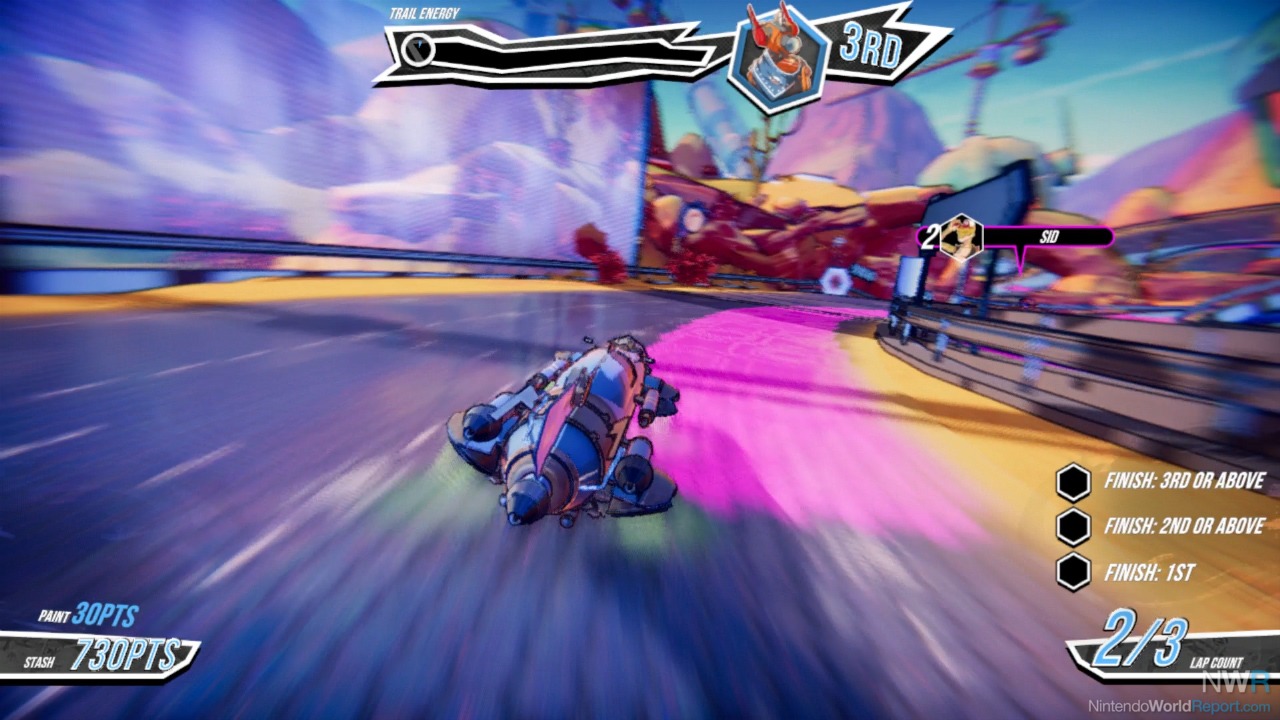 Presentation-wise, Trailblazers has a lot more going on. As mentioned previously, each track is visually distinct. The overall aesthetic puts calls to mind Jet Set Radio with perhaps some mid-century comic book influences. It is a fun universe to play around in that effortlessly shrugs off the realistic style so commonly held by sci-fi racers. Whether docked or handheld, the game ran smooth. The resolution is perfectly functional though the hard edges of the art style do make the sometimes low pixel count quite obvious.

Trailblazers is has well defined visuals and plays great, with an interesting mechanic that unfortunately doesn’t support the weight of a full game. Had the paint mechanic been merely one element in a grander design, things may have turned out differently. As it is, Trailblazers stands as a great proof of concept for what may hopefully evolve into a deeper title in later releases down the road.