The Nintendo Switch has been able to find so much success thanks to how it has been able to bring together both the best of console and handheld gaming into one package. That's why it's so cool to see some incredible mobile titles get ported over, with the latest being the 2012 iOS hit The Room. 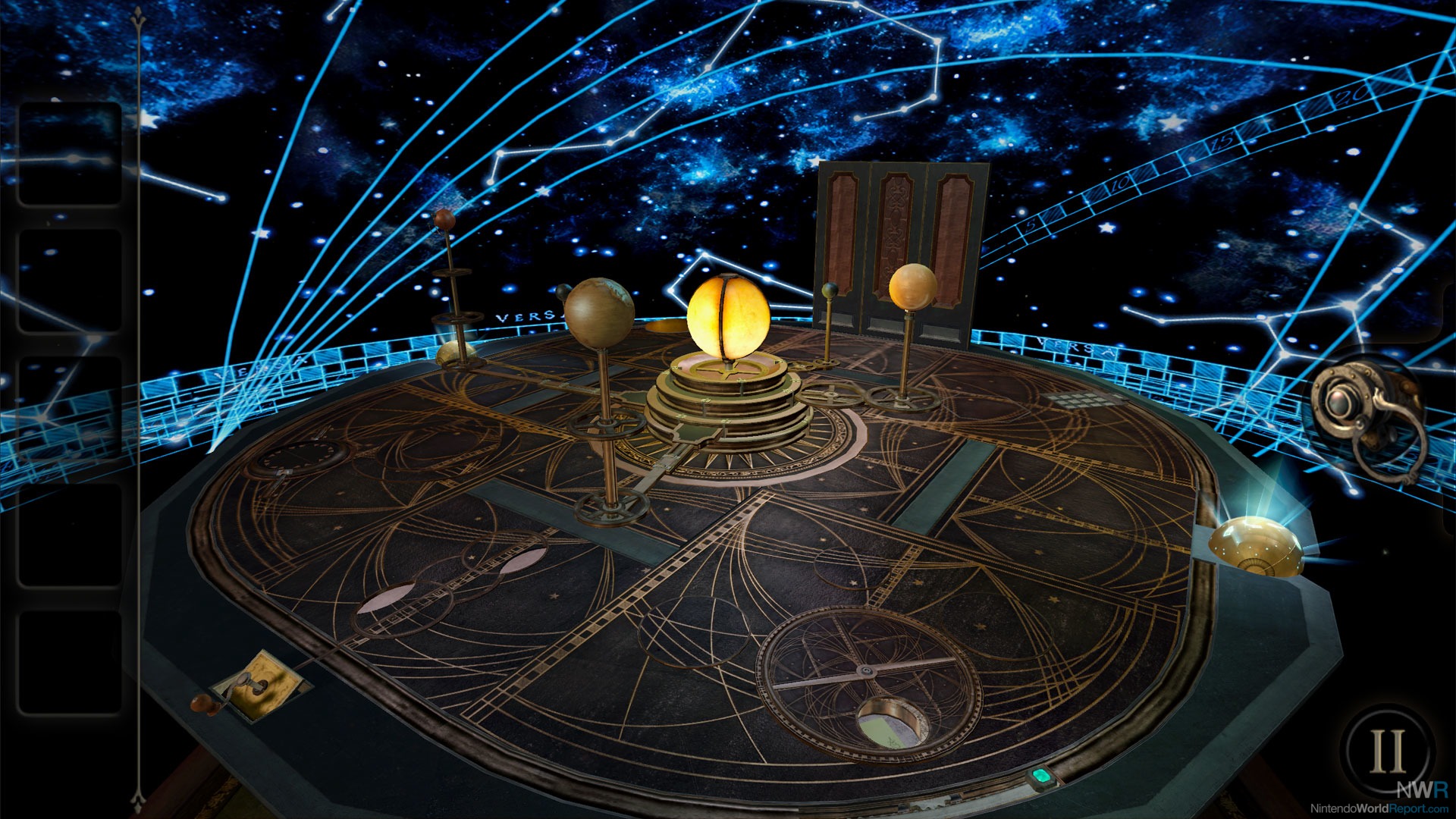 The gameplay here can best be compared to the puzzle solving seen in the Zero Escape series of adventure games. However, rather than trying to find your way out of an enclosed area, players are examining every inch of complicated boxes filled with all sorts of puzzles and mechanisms. The smaller scale worked great for its mobile origins and the detailed graphics have held up surprisingly well thanks to some additional polish. This may have been released six years ago, but it doesn't look dated in the slightest.

The gameplay is a perfect fit for the Switch's touch screen (although it can be played with the Joy-Con controller if docked), and the entire game is built around interacting with objects. Players use their finger to slide compartments out of the way, they'll turn keys and knobs, and rotating folding keys will soon become second nature. The control scheme is very natural, although there are some moments where the semi-fixed perspective (you have to double tap on an area to examine it) can make actually interacting with objects sort of clumsy. It never becomes more than a minor squabble, but there are some annoying instances where I'd be trying to turn a wheel and the game thought I was trying to change the camera.

While it's far from the focus, there is a story being told in The Room. It focuses on the player learning about a mysterious inventor (the same person that created the boxes you are solving) who managed to find a new type of matter called "null" that is invisible to the human eye. Players can view it thanks to an eyepiece they obtain early on, though, and having to switch between perspectives leads to some of the most satisfying puzzles. 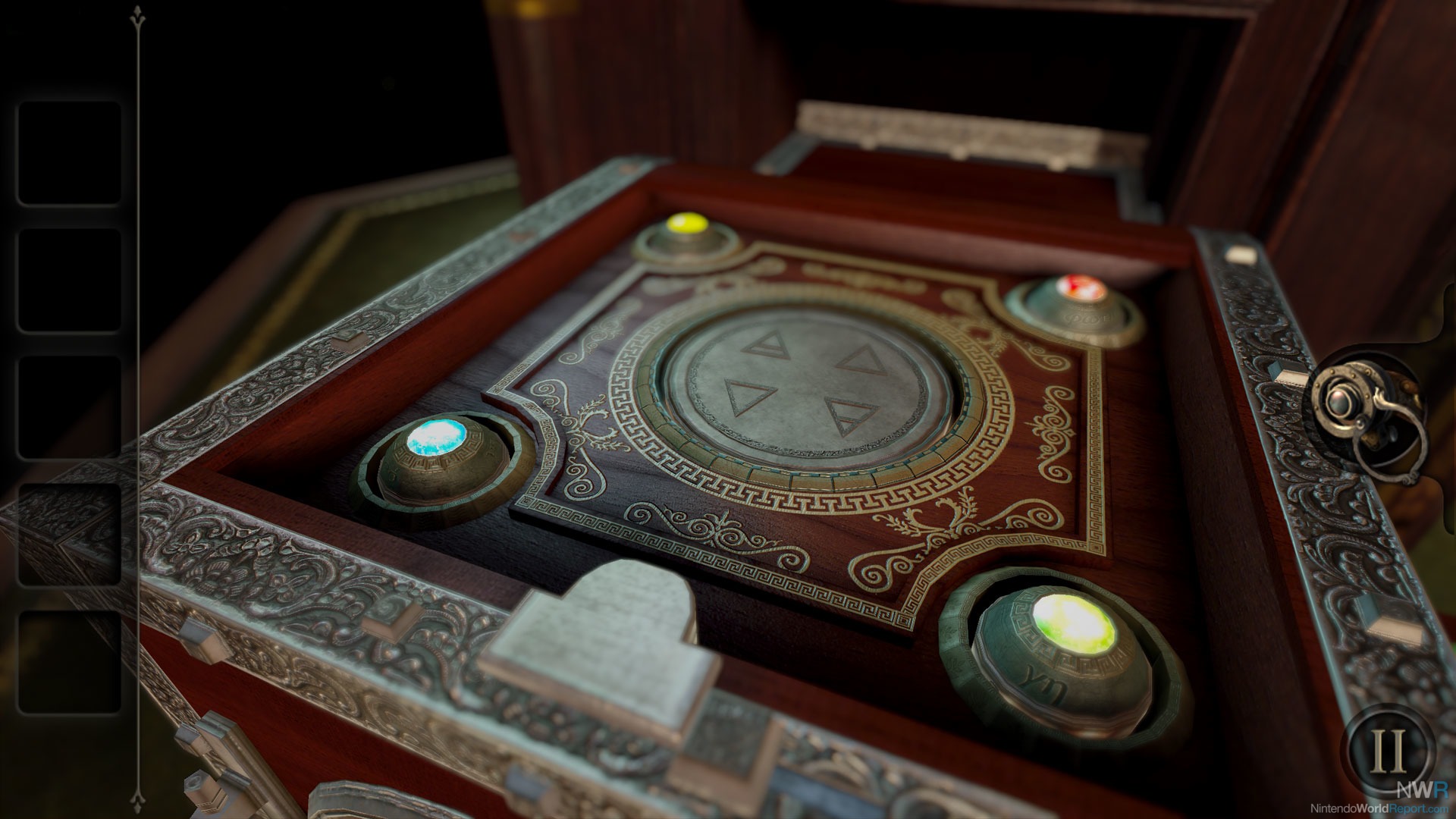 Other than the addition of null matter, a lot of the puzzles are rather basic in nature. It's a lot of simple pattern recognition and scouring the box for where to insert inventory items such as gears and keys. However, this simplicity works to the game's favor for the most part as it keeps the action moving. I never found myself stumped (and there's a fantastic multi-part hint system to help aid players that do need a guiding hand), which meant that I was consistently making progress through the game's five chapters (each of which takes around a half-hour to complete).

If there's any real disappointment with playing The Room in 2018 it's that the tactile actions aren't as impressive as they were six years ago, and the game ends just as the story starts to get interesting. The latter issue is compounded by the fact that all four games in The Room title can be purchased on iOS for just two dollars more than the Switch port costs at launch. A compilation of the games would've made a lot more sense and would have helped justify the cost while also telling a more completed narrative.

If you don't mind paying the extra premium, though, then you'll find a satisfying experience in The Room. Sure, the game isn't quite the innovative title it was in 2012, but the puzzles are still challenging enough to leave the player feeling like they've accomplished something once they finish the epilogue. It's a worthwhile addition to the Switch's library, and fans of other "escape-the-room" titles will get a real kick out of it for the few hours it lasts.