Do you feel the need, the need for a fast-paced beat-'em-up?

The title of Speed Brawl tells you almost everything you need to know. It’s a side-scrolling brawler where speed (and time) are of the essence. RPG elements and two-player co-op add depth to the game, and the art style reminds me of both anime and comic books. Unfortunately, restrictive time limits bring down what is a fairly solid experience.

Set in London in 1888, the story combines steampunk and Mad Max. You take on the role of one of six Brawlers and participate in Speed Brawl races for the entertainment of the listless masses. Across four leagues, you compete in a variety of events for bronze, silver, and gold trophies. By making progress in the one league you open up new levels in a higher league, but sometimes you will also unlock new stages in lower leagues. You can easily return to any league and stage to improve your time, add to your fame (experience) level, and earn in-game currency to buy new equipment. 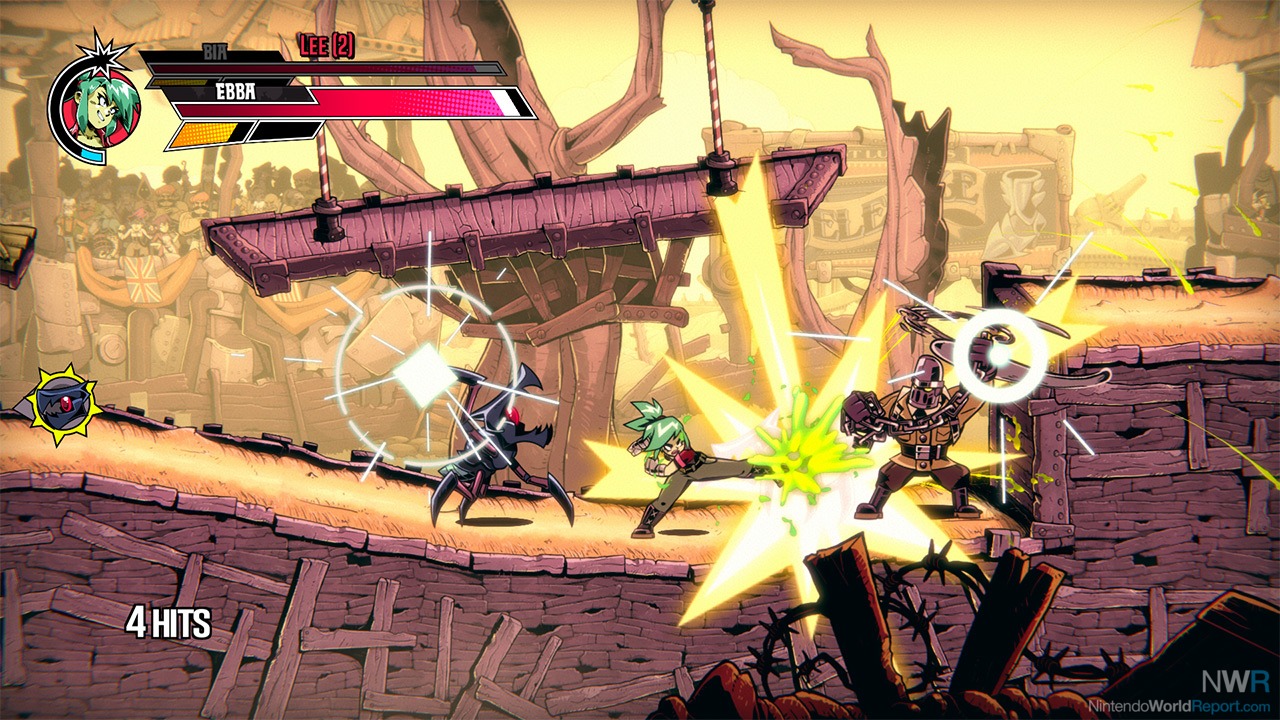 Most stages are divided into three segments, each consisting of one or more screens that have to be cleared of enemies before you can progress. Some stages have alternative objectives, like filling up a combo meter on each screen, and because the meter decreases over time or whenever you take damage, these are particularly frustrating. Adding to the frustration is that you are also up against a countdown clock. When the countdown reaches zero, that’s game over, and you lose all progress made in that level. What happens is that each level forces you to consider both the countdown and also a stopwatch that will determine your end-of-stage rewards, and having to juggle these with health and sometimes combo meters ends up less like a good challenge and simply more unnecessary stress. As well, earning a gold trophy requires a near perfect run, which is really tough to accomplish during your first few playthroughs of a stage.

The gameplay is actually quite fun and definitely a highlight of Speed Brawl. You start each stage by choosing two characters that have separate health and stamina meters, and you can switch between them on the fly. The characters have a double jump, a special attack, and a super attack that builds up as you beat down enemies. The enemy variety is a little lacking as most are just some variety of insect-looking alien, with a few human foes thrown in. You can dash around, swing on poles, and smash objects into your opposition, and running through the basic race stages is enjoyable. Occasional boss battles can be quite difficult, so it is crucial to keep improving your gear and unlocking new abilities and perks as your fame level goes up. 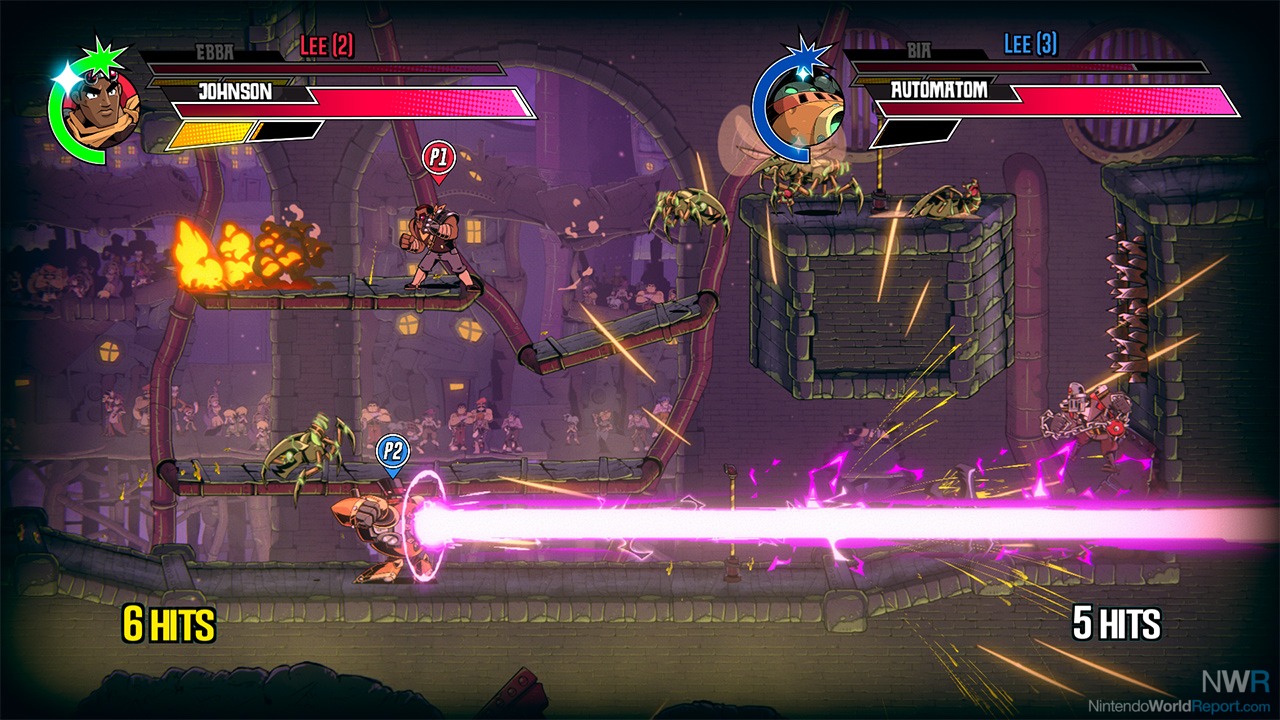 Speed Brawl is a good game with some annoying flaws. The combo meter stages and countdown clock detract from rather than improve the experience, and you can’t really skip stages if you want to see the full story because you need the fame, equipment, and coins that come from finishing every stage. Loading screens are a little too frequent and combined with some longer loading times mean you take noticeable breaks from the fast-paced gameplay, and these hurt the overall momentum. If you enjoy beat-‘em-ups and are looking for a unique take on the genre, give Speed Brawl a look. Otherwise, I can’t recommend the game for more casual players as trying to clear screens as fast as possible is often easier said than done. Without a doubt, speed kills, but in this case, it would be nice to slow down a little.