This place is beautiful, Red. I just wish we could have spent a little more time together.

Transistor, sometimes action RPG, sometimes strategy, and always beautiful, brings its fantastically mysterious cyberpunk revenge tale to Switch. It's only helped by an equipment system that adapts to playstyle and rewards experimentation. 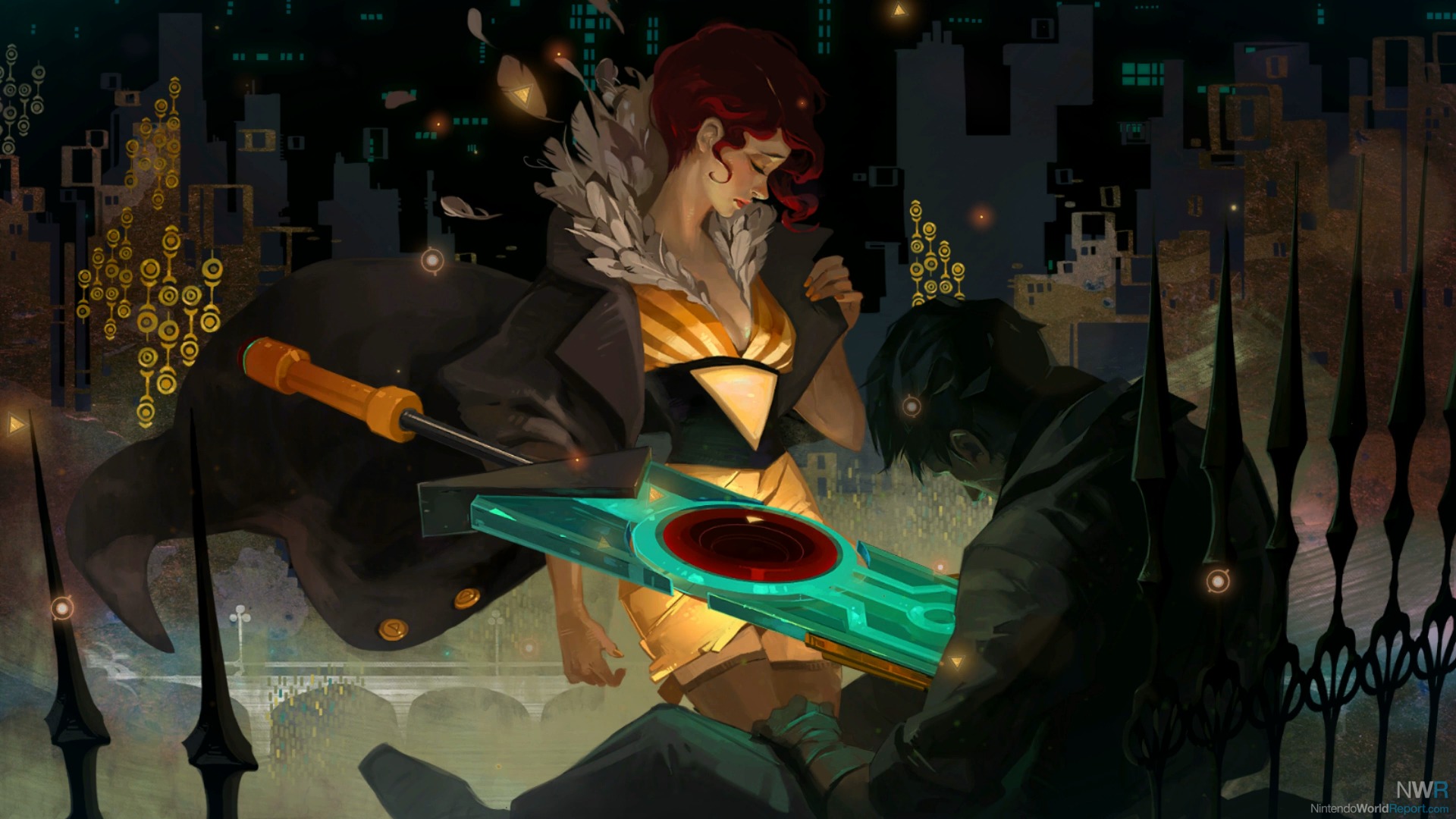 We're dropped in the middle of a tragedy: singer Red pulls the massive, glowing Transistor sword from a man's chest. We think she might have loved him. Red knows who's to blame; they took her voice. She equips the memories of fallen residents to hack and slash her way through the Process, the fungal robots taking over futuristic Cloudbank. She knows she can't bring him back, but maybe she can save the city. Maybe she can get some revenge, too.

All is not lost, though, as her beau lives on inside the sword, giving advice and near-constant narration. His insane amount of dialogue is usually well-delivered, even if he sometimes sounds like he's auditioning for the gravelliest part in a fan-dub. I’d still cast him in mine. Transistor's story is a bit like a dream about the Matrix and Adobe software, but the likable sword carries the revenge plot well. 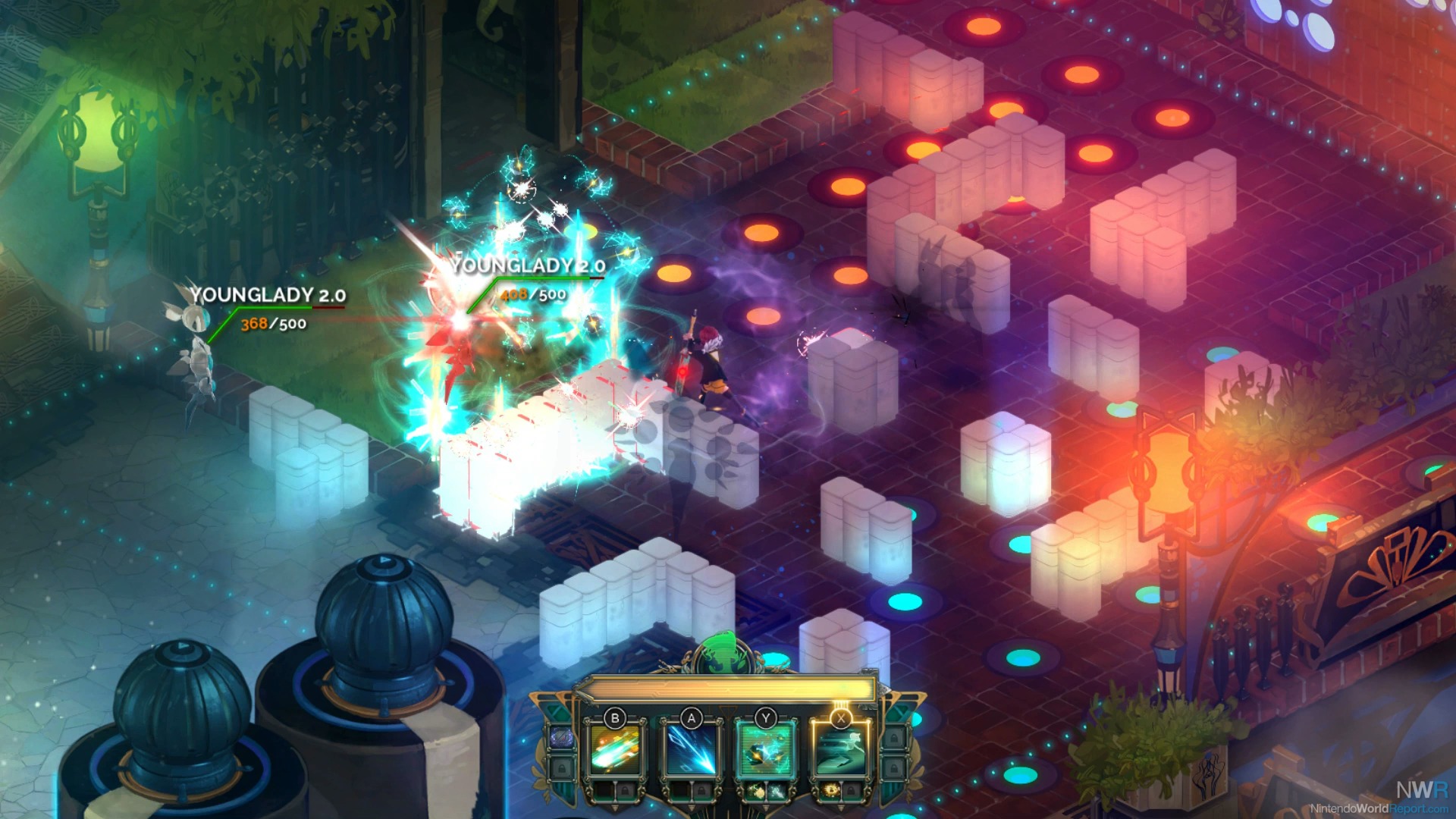 Rest assured, the Transistor does more than just talk. Red quickly gains access to a handful of functions, or moves, that can be equipped to one of the four face buttons, used to augment another attack or set as passive abilities. I found my favorite early on, but new ones unlock at almost every level or boss battle. Functions also act as a life meter with each one “overloading” after a certain amount of damage, slowly crippling the player throughout tough battles. They only recover after Red finds a few save points, which kept me experimenting with new builds.

To add a touch more complexity, Red can freeze time to plan out her attacks. Organizing moves and movement to maximize damage and keep Red from harm tickled the chess part of my brain in a way too few games do. Heap on Limiters that make combat harder for more XP and a RAM system that keeps Red from equipping all her best functions at once and you’ve got a game with depth. 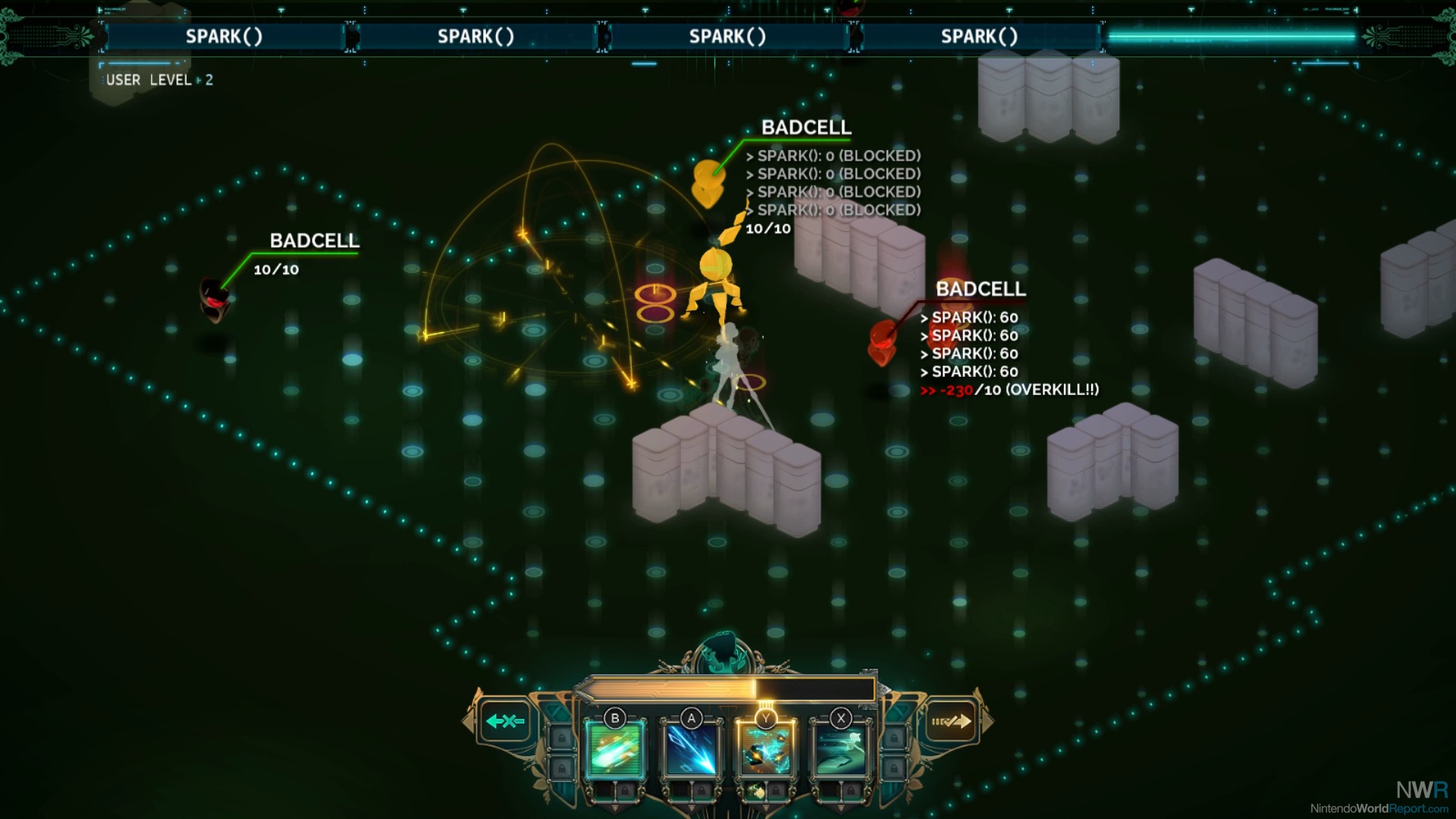 Every encounter feels expertly staged. Combat gets a bit overwhelming at times, especially when I forget about or over-rely on the Plan function, but nothing here is unfair. Enemies feel varied even as old ones return with new tricks. The gentle difficulty curve rises to meet the fair XP-gain, so players shouldn’t find plowing through the Process too difficult. Save points sit just beyond each encounter, thankfully, as Red can only change her loadout at save points. The critical path offers few detours other than lore and secret backdoors to the Sandbox.

The Sandbox starts as a series of tutorials but quickly escalates into a punishing challenge mode. Behind each door in the beach area’s treehouse lies a series of tests emphasizing a specific skill, usually with a predetermined loadout. I had a lot of trouble clearing out enemies under a time limit or in a single planning phase. Level doesn’t matter here, so I was forced to actually play better in order to succeed. I’ll return to this area long before messing with New Game +. 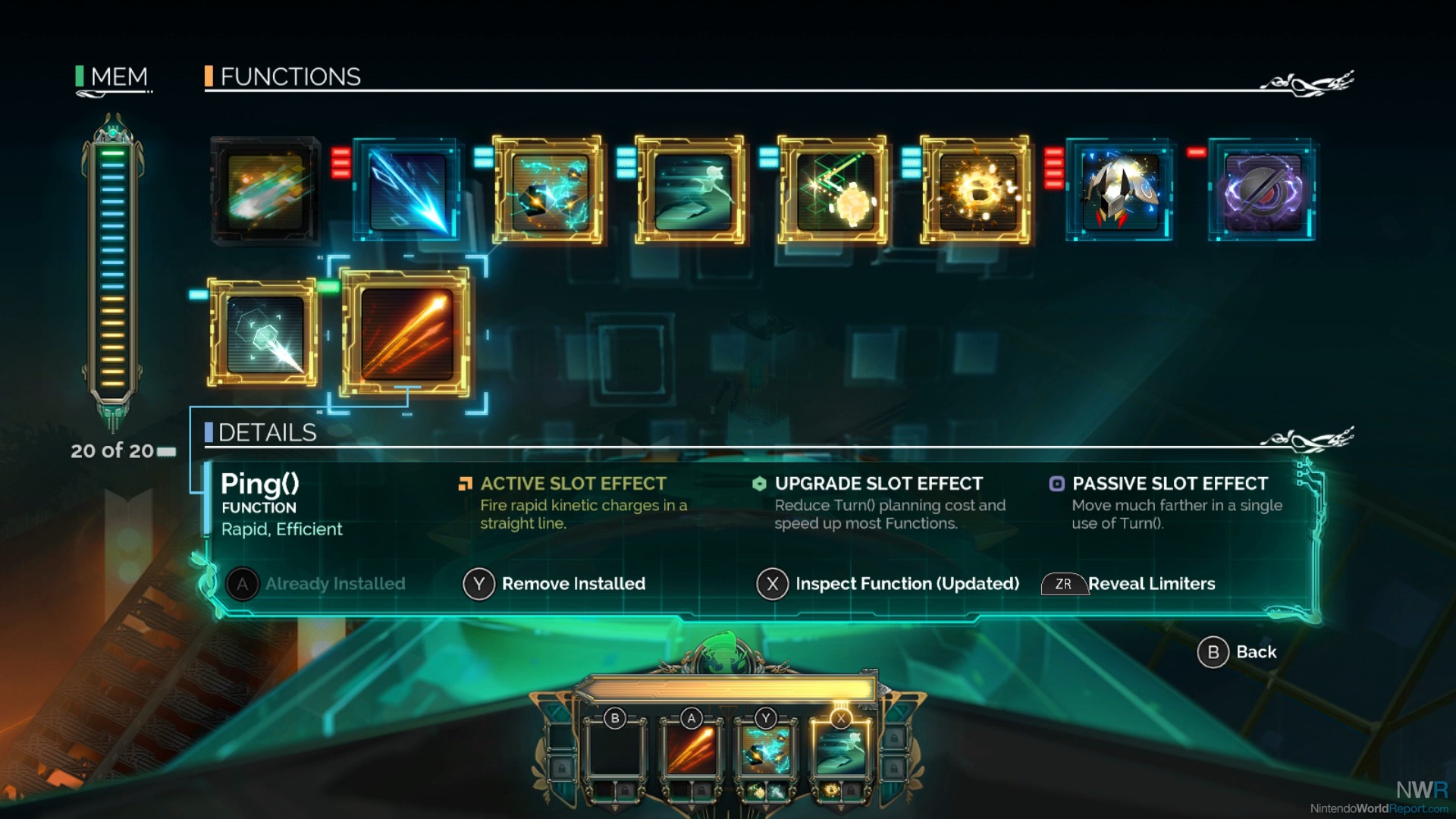 Tying the whole experience together are the gorgeous art and haunting soundtrack. Cloudbank looks like the hand-painted cover of a cyberpunk novel from the future. Every screen is exciting and distinct, each area unlike anything I’ve seen before. The music matches as if painted by the same hand, capturing the possibilities of progress and the despair of destruction. The world is a paradise crumbling before your eyes.

But it’s so damn short. Red’s epic lasts just a few hours. New Game + promises to carry over my progress and beef up the Process accordingly, and the Sandbox still hides challenges, so there’s replayability here. Still, I want more time with Red and her endearing sword. Transistor is too good to end so soon. 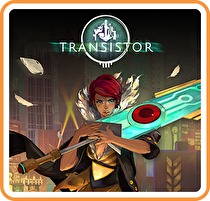