You’re gonna have a bad slime.

It is impossible for a kart-racing game to come out without it being compared to the latest Mario Kart title, a series that created and has been the pinnacle of the genre since its inception. Nickelodeon Kart Racers is a middling effort at trying to be the next or main cart racer in players’ hands, and it leaves a lot to be desired. 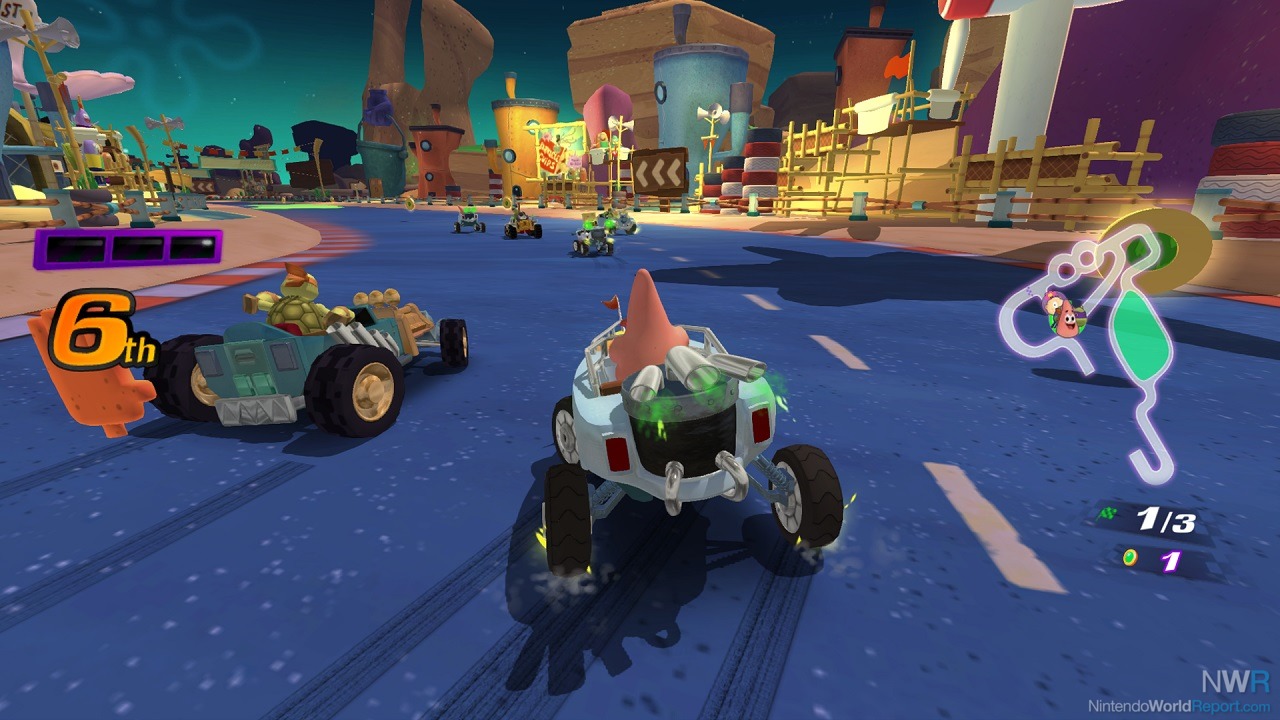 Kart Racers features 12 characters from popular Nickelodeon tv series such as Rugrats, SpongeBob SquarePants, and Teenage Mutant Ninja Turtles. Ultimately, the fun players might derive from this game will be based on their interest level in these characters and their worlds. A total of 24 tracks take familiar locales from the aforementioned shows and feature familiar side characters and areas. Some race tracks have a neat feature where a secondary objective is added to the race. You might be tasked with slaloming around pillars or making sure you aren’t in last place at the end of a short in-game timer. The tracks themselves aren’t overly interesting to look at, and I found myself just focusing on staying in first rather than enjoying any of the sights.

Nickelodeon Kart Racers controls pretty well and the driving is fairly tight, except for the drifting mechanic which feels a little off. Each racer comes with his or her own kart, and these have different stats. You can change the parts of your kart by using in-game coins to purchase new parts or by playing the game more and leveling up your character, which unlocks a “Victory Lap” where you can collect bonus coins and parts. I liked these progression mechanics because they encouraged me to play more and unlock better and more expensive mods for my vehicles.

The music suits the tracks well, but it isn’t all that memorable. What is, however, is the color green, and not in a good way. Green slime is used throughout the game as an ingredient that you drive over or through to build up your boost meter, and some tracks feature Wave Race-like physics as you race around slime-filled waterways, constantly replenishing your meter. Regular tracks feature slime puddles and splotches that you can drive over to give you a boost for that last-second photo finish. All this said, the amount of slime in the game means you will be seeing a ton of that particular color on every track, and the aesthetic wears a little thin once you played through each of the cups.

You have the choice of three difficulty modes, but as a fairly competent Mario Kart player, I found even the hardest devoid of any real challenge. Auto accelerate is one of the default options, as Nickelodeon Kart Racers caters to a younger audience, but the variety of items, drift boosting, and multiplayer options open up the game to a greater number of players. For multiplayer, there are Grand Prix, Free Race, and Battle Arena modes, the last of which has three familiar games: the first-to-10-points Free for All, Capture the Flag and Tag. 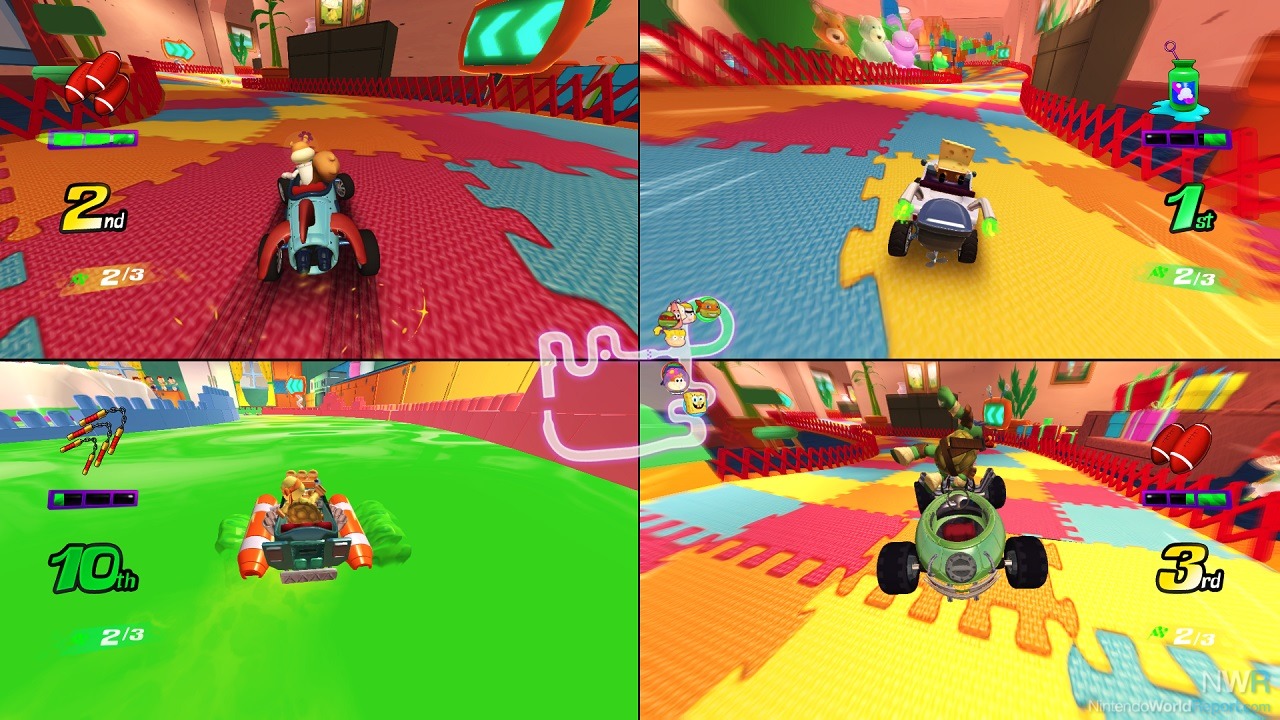 Overall, there is no getting around the fact that Nickelodeon Kart Racers is not in the same league as Mario Kart, but younger gamers with an affinity for Nickelodeon programs will enjoy playing as some of their favourites. That said, it’s hard to recommend this game to a general audience, especially with the miles better Mario Kart 8 Deluxe available on Switch, and Team Sonic Racing on the horizon. Nickelodeon Kart Racers has no online function, and its unlockable Grand Prix cups are just different combinations of tracks from the base cups. There is a decent progression and cart customization system here, but bland visuals and uninspired gameplay mean you can probably sit this race out.