Don’t be deceived by the the cute appearance.

Survival horror has always relied heavily on restricting player options, whether it be a limited supply of ammo, a finite amount of saves, or a more recent trend, completely removing the ability to dispose of threats. Yomawari follows in the footsteps of games such as Outlast and Amnesia, eliminating combat, but instead of being set in a environment that has a gritty look and feel, it’s cute and welcoming. But don’t be fooled by it’s charming appearance, because behind it lays a dark and twisted world filled with plenty of eerie elements that’ll be sure to send a shiver down your spine. 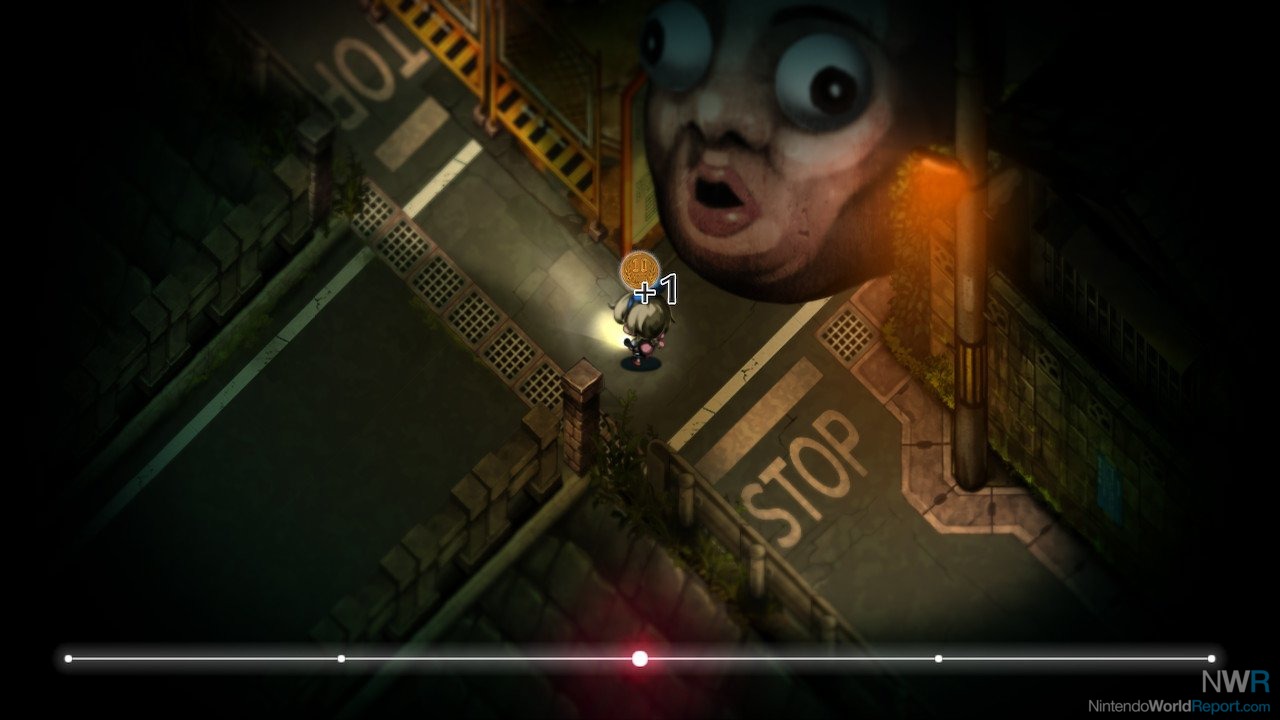 Yomawari: The Long Night Collection bundles both the first title, Night Alone and the follow up, Midnight Shadows into one package. Upon diving in you’ll quickly notice they both feel very similar to one another. In each you take control a little girl searching a quiet town late at night in hopes of finding a missing person. In Night Alone you are searching for your sister and in Midnight Shadows you’re on a quest to find your missing friend of who you were seperated from earlier that night. The feeling of solitude is captured especially well as you wander the empty and dark streets. Things immediately prove to be more dire than they seem as ghosts, spirits, and abominations haunt you at every turn. A single touch from any of these will result in a blood splattered screen, but luckily there are ways to best these foes despite not being able to physically attack them.

Equipped with just a flashlight, exploring the town and finding clues to the whereabouts of your loved one is the main goal, but dealing with spirits littered along the way goes hand in hand. With no form of combat you must rely on quick reactions, hiding, and managing your stamina bar, which rapidly depletes while running away from enemies. As you approach a hostile force, your heartbeat will start to pound, acting as a sign to be wary and as you get even closer it’ll become louder and more apparent. Hiding in bushes and behind signs to dodge enemies is commonplace, but you can also distract them with objects found around town. Tossing a rock or a paper airplane can shift their focus just long enough to sneak by. There are plenty of different enemies and learning how to deal with them is important. Some require you to tippytoe, some are attracted to your flashlight, and then there are ones that beeline it right for you to name a few. There were instances of enemy placement becoming frustrating as they blocked the path to a key item, especially when it resulted in a somewhat lengthy trek back only to die again. Fortunately Jizo Statues are placed around town that allow you to quick save, which is usually enough to elevate that problem, but some longer runs back still crop up from time to time. A nice touch is that they also double as a way to quick travel around the decently large maps. 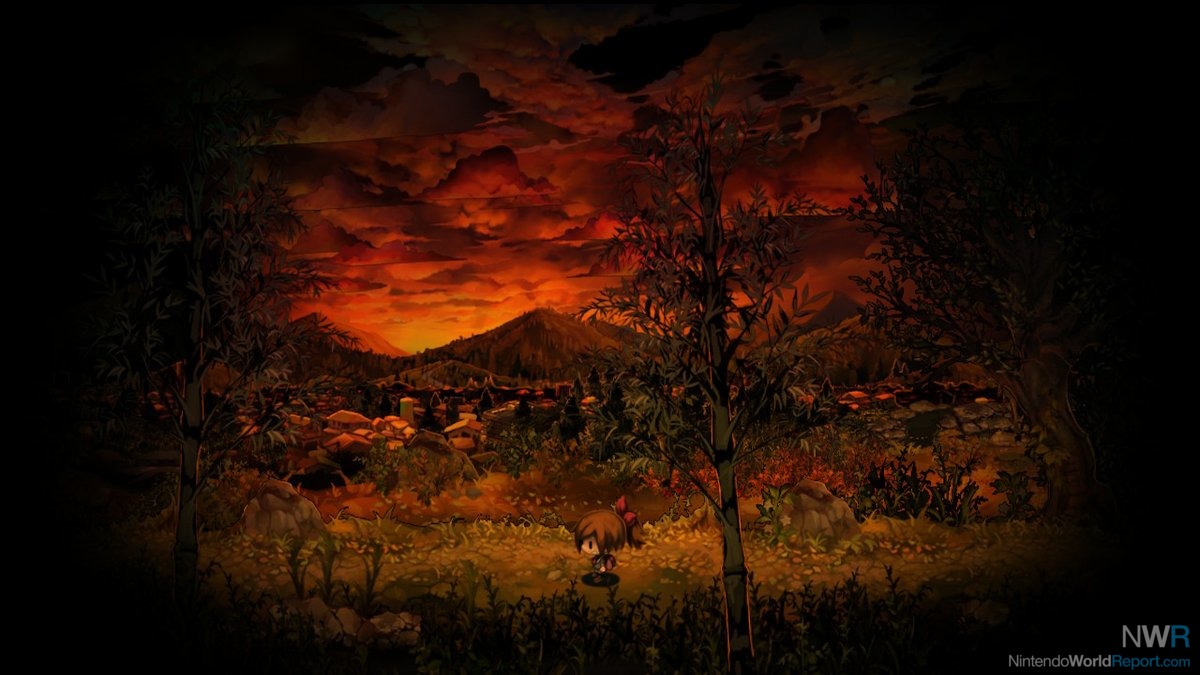 Midnight Shadows reuses a lot of the same ideas found in Night Alone, but turns the dial up while adding a few new wrinkles. Playing through the second game I found there to be way more enemies clumped together especially when moving from outside to inside buildings. These areas would require a combination of stealth movement and timely item tosses to overcome and while at times frustrating, ultimately felt rewarding to overcome. This shift of focus comes at the expense of some of the more puzzle based solutions found in the first title, but both rely heavily on exploration as the focal point. Both adventures also reward the player for exploring with a number of optional items and events to be found. Boss encounters are far more complex in the sequel and I found myself dying a number of times before finding the right strategy. One addition I was very fond of was the introduction of charms, which gives you a slight perk depending on which you’re holding. 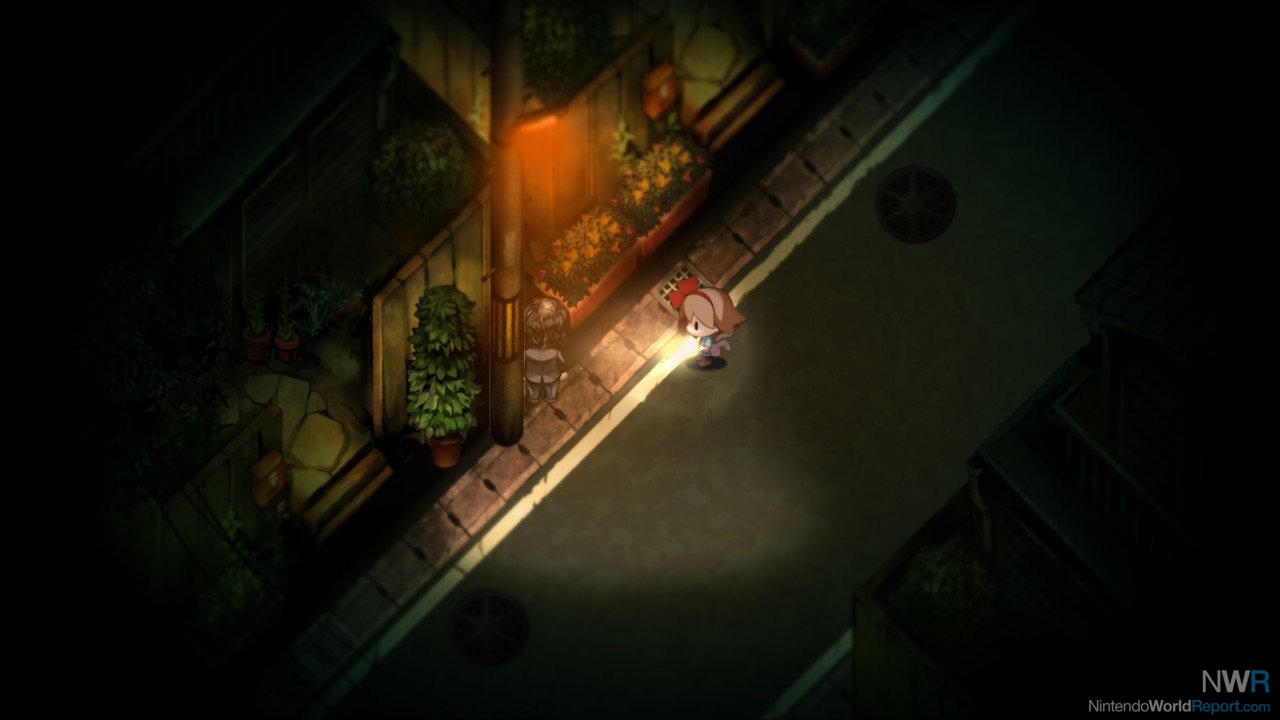 Easily the strongest aspect of this collection is the wonderful aesthetic. It’s not often you find such a charming visual style for a survival horror game, especially one that’s so dark behind the curtain. The town and characters look cute, but the spirits and monsters you encounter are far from it. I found the juxtaposition between the visual look and tone it sets fascinating and a true testament to how great the design is. Watching a scene of a young girl wrapping a noose around her neck left me dumbfounded, but it only felt more twisted when the backdrop could easily be found in a children’s book. Building upon the art style, what I found even more impressive was the sound design. While it plays an integral part to the core mechanics, it also does a fantastic job of adding to the tension to every situation. Whether it was the creaking of floorboards, rustle of leaves in a dark forest, or the bone chilling screams of monsters, it heighted the stress tenfold. I was continuously dazzled throughout both games and in conjunction with the art style left a truly lasting impression.

They say never to judge a book by its cover and with Yomawari: The Long Night Collection that’s certainly the case. At first glance you might expect something much more family friendly, but will instantly be welcomed by a sinister set of events. Behind the cuteness of the main protagonists are a pair of creepy games filled with grotesque and downright strange monsters. With the focal point of exploration in lieu of combat, the pace of each game is on the slower side, but it helps to build the feeling of isolation and helplessness as you wander the dark streets aiming to uncover their mysteries.