A blend of Asteroids and Geometry Wars made by a single person hits Switch.

When Asteroids released in 1979, the popularity of science fiction films had risen and American audiences were growing hungry for stories about space travel. By 1981, Asteroids had become the most popular coin-operated game in the United States, eventually outearning Space Invaders. Asteroids also became one of the most imitated games in the medium, spawning numerous clones. Fast forward 40 later, and many modern games are still imitating it. 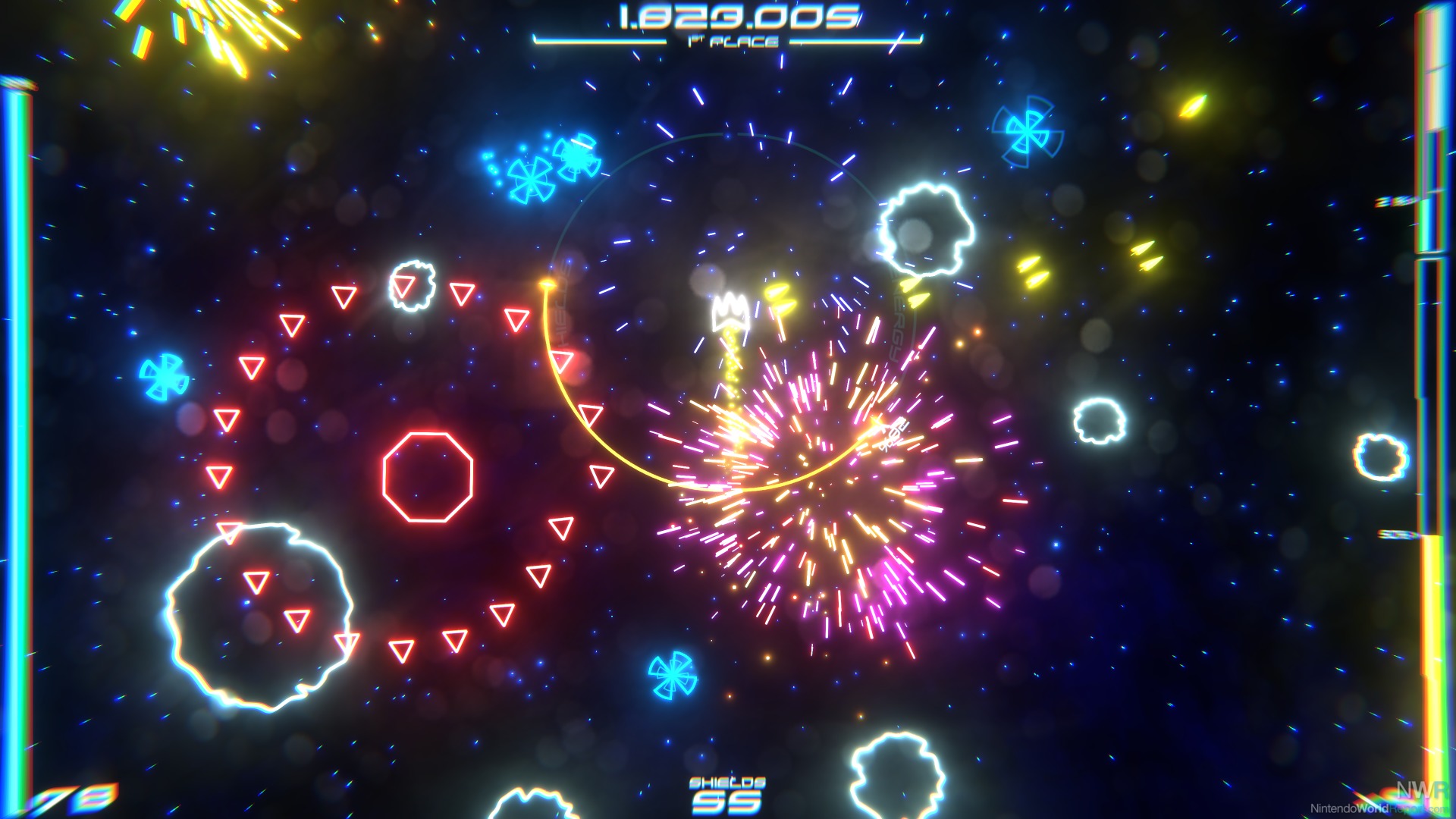 New Switch game Debris Infinity wears its influences on its sleeve, clearly inspired by both Asteroids and Geometry Wars. Similar to Atari’s Asteroids, Debris Infinity has the player take control of a spaceship in an asteroid field, blasting objects into tiny fragments and pieces. The game controls like most standard twin-stick shooters; the left stick moves your vehicle, while the right fires in multiple directions.

Controlling your spaceship feels smooth and responsive. Maneuvering around obstacles never feels like a chore and mechanics are also quite easy to grasp. When feeling cornered, players can press ZL to unleash a bomb attack that temporarily wipes all enemies off the screen. Another useful ability is the power to slow down time, making it easier to kill enemies with more precision and accuracy. 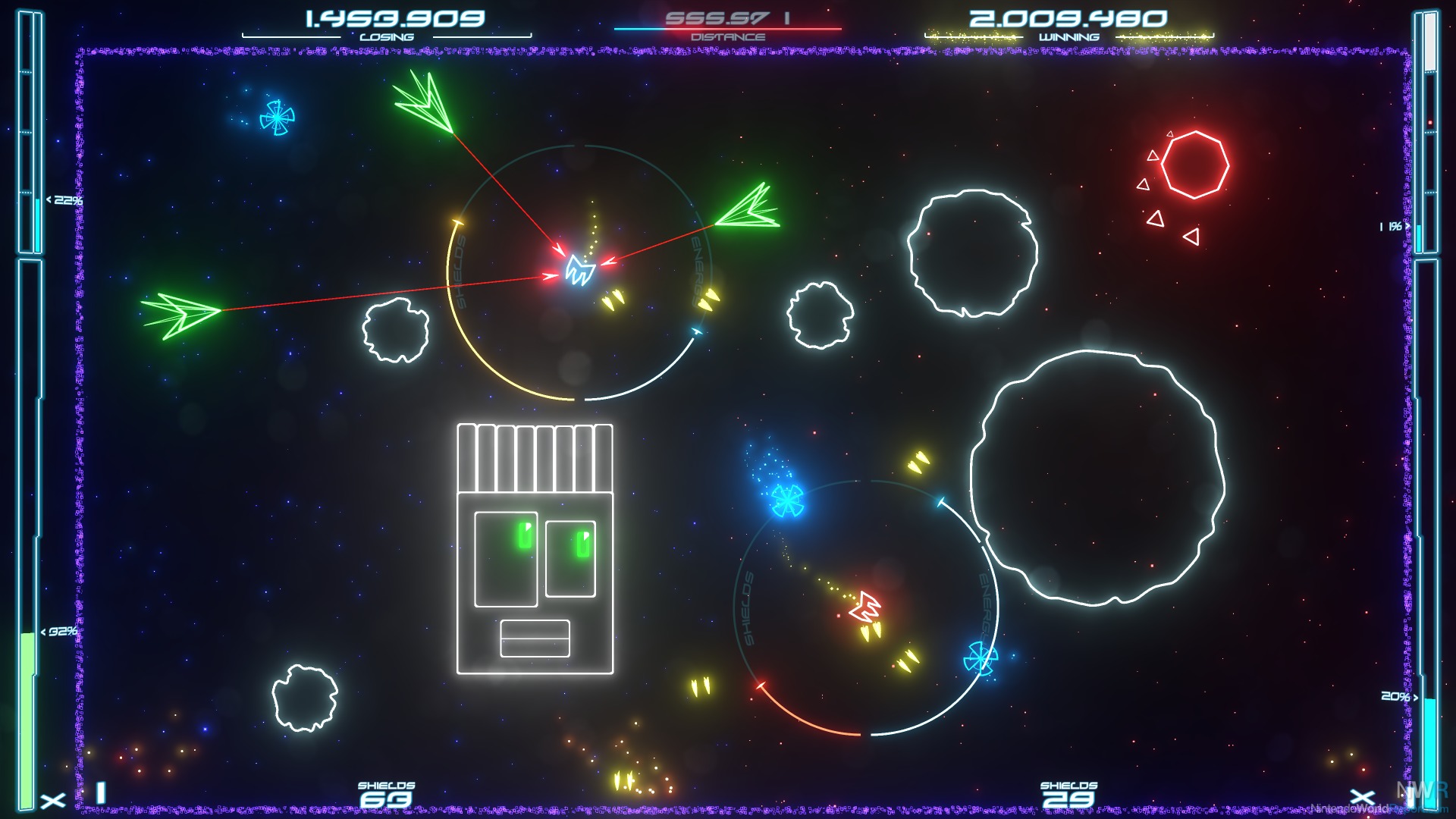 From the neon-lit vector graphics to the glowing particle effects, Debris Infinity tries very hard to imitate Geometry Wars’ presentation. Even the pulsing electronic dance music in the background will remind you of Geometry Wars. With that said, the visuals are colorful and vibrant, and the overall presentation feels very polished. When it comes to performance, the game plays equally well in both portable mode and docked mode. I never noticed any moments where it stutters or lags.

Gameplay is simple enough to learn, but don’t expect to pull off any impressive scores without a basic understanding of the scoring system. Points are rewarded based on how many combos, streaks, and chains are executed. Streaks occur when players kill enemies without taking damage, whereas chain bonuses are triggered when multiple enemies of the same color are destroyed. It would have been helpful if Debris Infinity had a tutorial mode to explain to new players how this complex scoring system works. On a more positive note, the game features online leaderboards, where players can upload and share their high scores with the rest of the world. 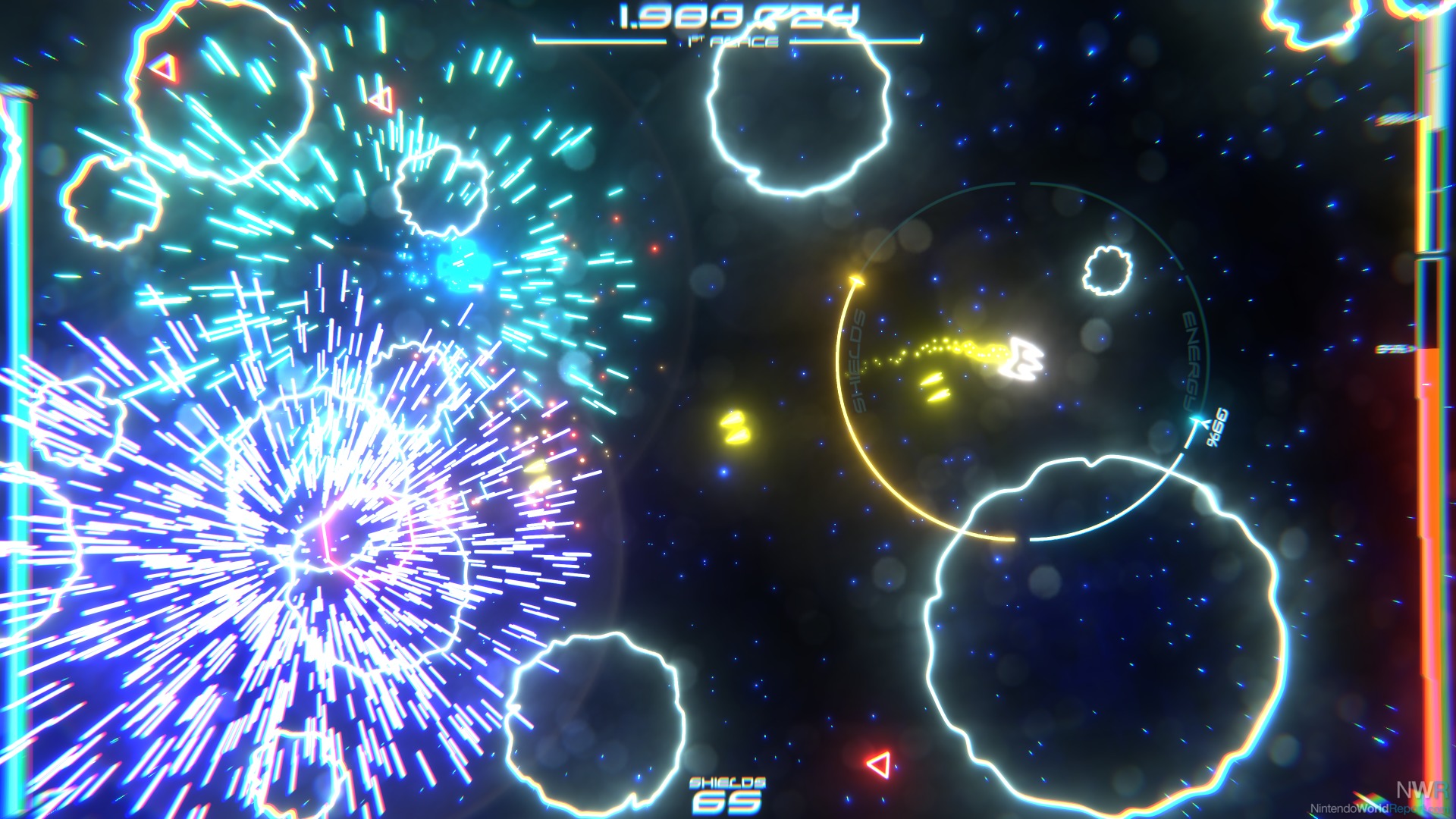 As much as I enjoyed my time with Debris Infinity, some minor nagging issues hold it back. The overly large UI ring encircling your ship felt distracting – especially since it’s the same glowing white color as some of the asteroids. In terms of audio, the sound design feels very lacking and incomplete. It’s missing sound effects during certain events, and I wish the music selections were more memorable. That’s unfortunate because high quality sound design can help players keep track of everything that’s happening on the screen.

Another issue is the HD Rumble implementation in portable mode. It feels more jarring and distracting than immersive. Not only does the vibration feel too powerful, but vibrations occur too frequently (almost non-stop). Sometimes vibrations would trigger even during the most minor, inconsequential events. Fortunately, there’s an option to disable controller vibration in the game’s main menu.

Although Debris Infinity lacks originality and creativity, it’s still a competently made game with solid controls, addicting gameplay and high replay value. If you’re currently seeking a game that can be played in short bursts, or if you need something to scratch that Geometry Wars itch, then Debris Infinity is one of the best arcade-style shooting titles on the Nintendo Switch. It’s also worth noting that the game’s programming, art and design was all done by one person. While it may not be the most ambitious game on the eShop, it’s definitely an admirable effort.