Game Dev Story was the first mobile game I ever played back in 2010. It’s from a simpler time before the mobile market was flooded with idle games and gachapon-style microtransactions. Heck I even played it on an iPod Touch before anyone I knew owned a smartphone. This is a relic from a bygone age, and it was a strange feeling playing it in 2018 on a 50-inch television since it clearly was not meant to be seen that way. Despite strange circumstances, Game Dev Story has a timeless appeal that keeps me coming back to it again and again eight years later.

In Game Dev Story, you manage a small indie studio that grows over the years into a AAA developer. Gameplay is mostly hands-off as you designate employees to focus on tasks based on their skills. A game’s quality is judged by point totals in several categories, and employees typically specialize in one or two of those categories. Once your team has finished a game you get to name it whatever you want before sending it off into the world. 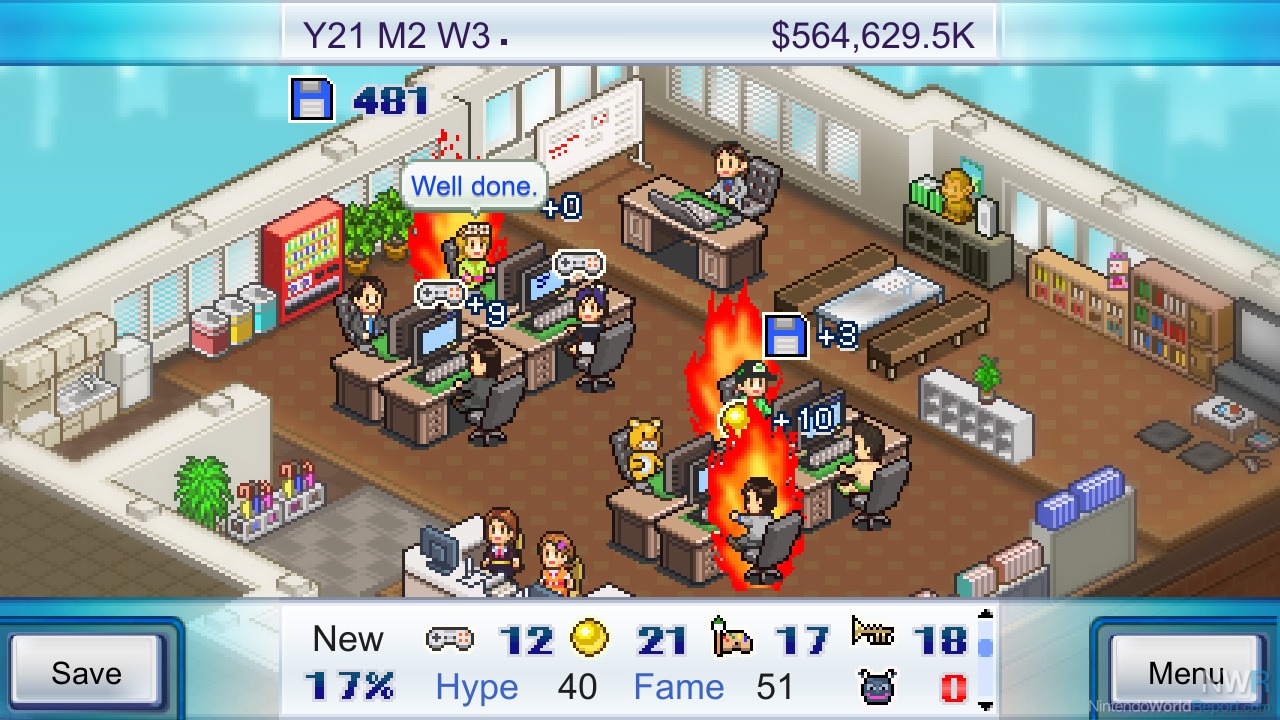 Once the game is released it’ll be judged by critics before it goes on sale, but I didn’t always see a correlation between game quality, review scores, and sales. One of my studio’s favorite games, Dio’s Mundane Vacation, had a lot of points in each category of quality, but still averaged around a 3/10 from reviewers. After poor reviews, Dio’s Mundane Vacation went on to be the best-selling game I’d made so far. I’m not really sure what I did right or wrong with this game, but I ended up with enough money to make my next game.

Ultimately Game Dev Story is not a challenging game. The gameplay doesn’t ask very much of the player and isn’t very rewarding. A lot of factors can be considered for each project like how popular the genre is, how much the story fits that genre, and how popular the system you’re developing for is. None of those factors ever seemed to matter though since every game my team finished made more than enough money to keep the lights on. As long as you’re there to press the buttons, Game Dev Story more or less plays itself. 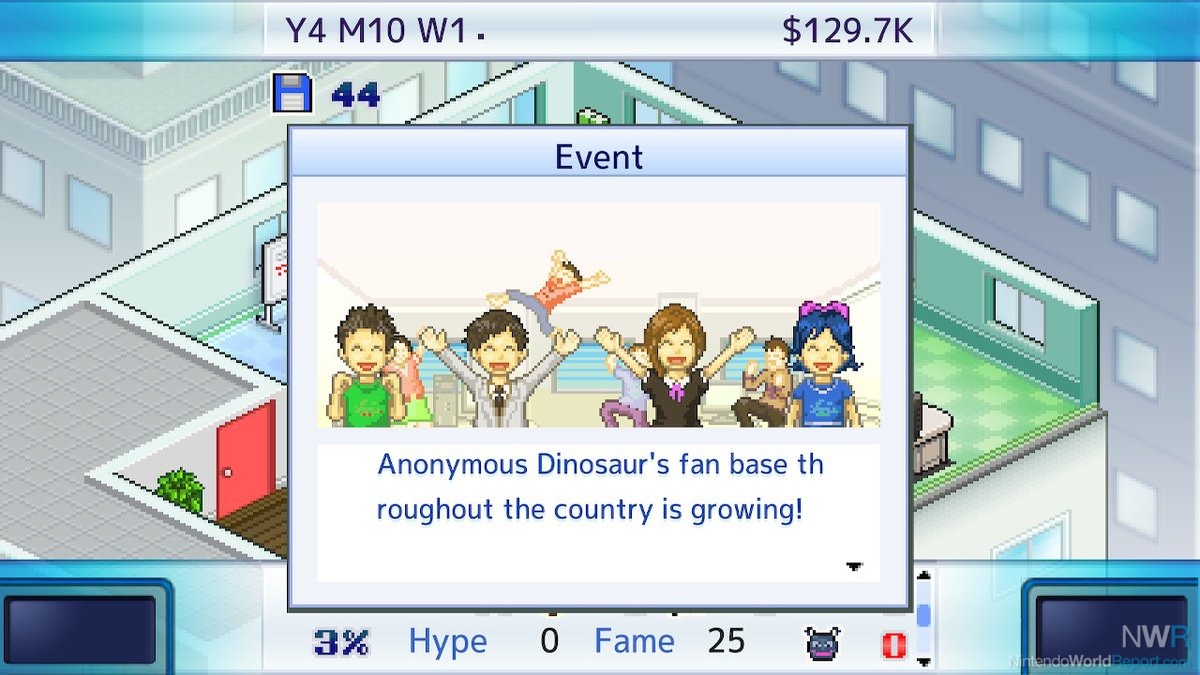 This sounds boring, but it can actually be very relaxing if you’re in the mood for it. It’s incredibly satisfying to watch your cute pixel employees sit at their desks and increase their current project’s quality points. I couldn’t help but smile as my developers became so motivated that they literally burst into flames. Seeing the impressive sales charts for each of my games was enough to keep me starting project after project so I could sit back and watch the magic happen. Since it’s best to always start a new game immediately after finishing one, there’s no clear stopping point as the constant momentum of game development keeps you hooked.

Playing Game Dev Story is a very passive experience, and that can be disappointing for many people. It won’t challenge you, and it doesn’t give rewarding feedback based on your skill. What it will do is let you chill out, sit back, and watch passionate pixel people work hard on games that get more polished, more beloved, and more successful. It’s a good reminder that sometimes you just need something simple and cute to pass the time.