oOo I’m going to throw my Switch into a lake.

Finding the fine line between challenging and disheartening is a difficult task. One offers a rewarding gameplay loop while the other turns to frustration all too quickly, and sadly oOo: Ascension falls into the latter. The bite-sized stages dish up some cool ideas, but end up relying too much on precision where the tiniest of inputs will end in your ships demise. The developers boast about the ‘straight-up rage-inducing’ nature of the game, but in this case I think that’s the point of contention rather than a badge of honor. 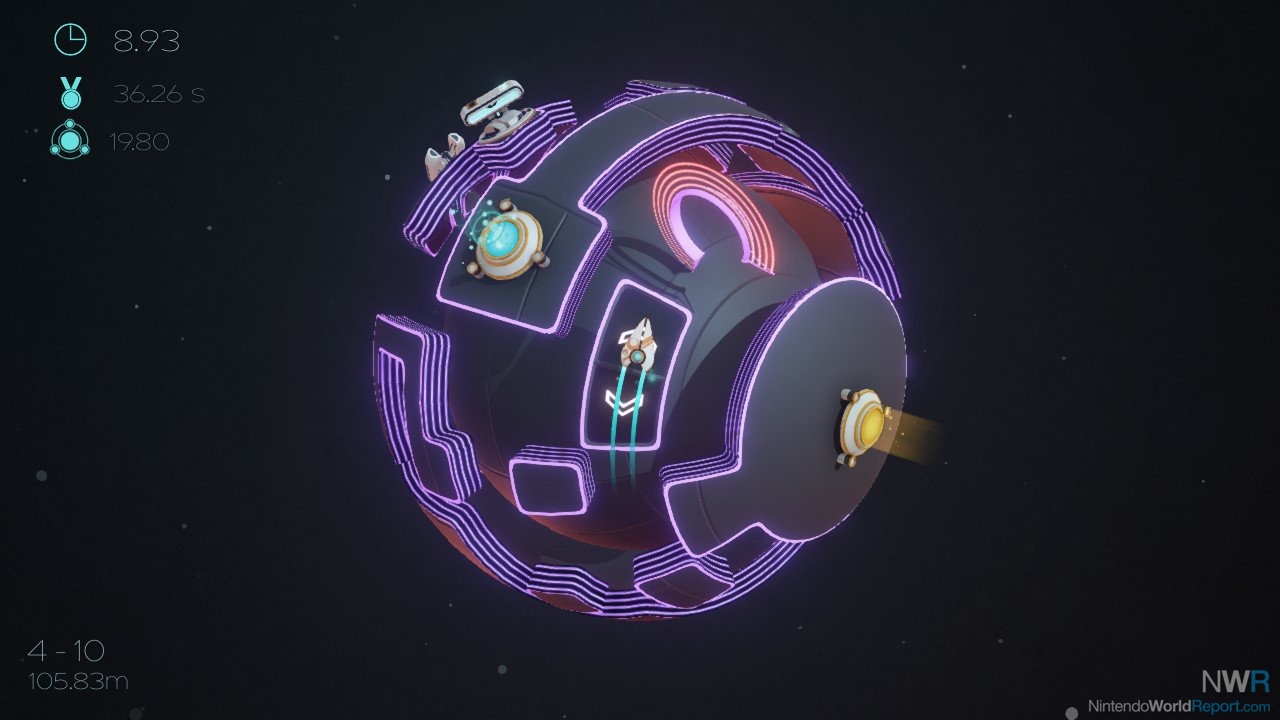 Ascension has 90 different stages, each a sphere which contains a wide range of different obstacles obscuring your ships path. The objective is straightforward, getting from point A to point B to move onto the next. In addition to reaching the exit of each stage, there is a secondary goal of completing it within a certain amount of time and those aiming to hit the optional benchmark will notice a massive spike in difficulty. The reason being that in order to achieve those times you’ll need to use the ships boost, making the already challenging navigation that much more difficult. Fortunately, you can disregard the time element and continue to progress through the stages, something I found myself doing from almost the onset.

The problem with the stage design lies within the indecision to go all in on speed vs constantly stacking more challenging obstacles together. Early on the balance felt nice, giving enough leeway to overcome challenges after a novel amount of attempts while encouraging you to go the extra mile to beat the clock. New mechanics such as platforms that move depending on which side your currently standing on add a nice wrinkle, but in conjunction with others they quickly becomes irritating. Rotating rings that only have a small slot to slide through, moving between multiple platforms, and dodging blades all work relatively well, but when two or three of these are presented at once it’s overwhelming. Add in projectiles flying across the screen directly at you and you’ll have to withhold the urge to toss your Switch across the room. Despite the frustration, it was nice to see new ideas continue to be thrown into the fray the further you get. 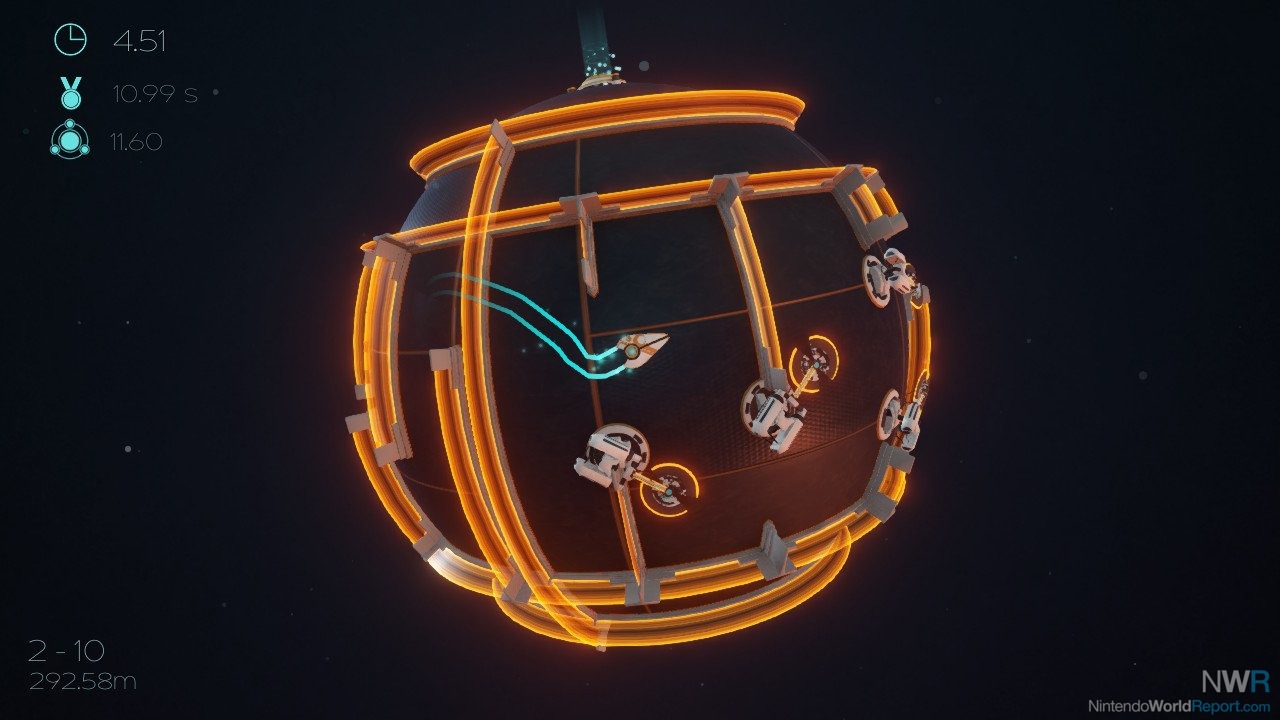 The ship's movement is sensitive which lead to a number of annoying deaths, especially on stages with tight paths. Fortunately there is very little downtime, getting you back into the action quickly. An option to slow down movement comes in handy at times, but it bogs down the experience if used too much. A cool and surprisingly helpful feature is seeing the ghost of your last attempt. This is beneficial because some stages rely heavily on timing and being able to sync up with the last attempt makes things a bit easier. Overall the game looks sharp, especially when rotating around each stage, but the soundtrack is a bit dull and repetitive, prompting me to turn it off.

I’m all for a good challenge, but sometimes enough is enough. Unfortunately oOo: Ascension falls into the category of ramping it up to the point that it drains the fun out of some clever level design. Early stages hit a nice balance of tough but rewarding, however later stages stack too many different ideas to the point of being downright infuriating. I’m sure there are some masochists out there that will find enjoyment in the brutal difficulty, but those looking for a more approachable challenge, you may want to look elsewhere.