A boombastic fighter that sticks the Switch landing completely unscathed.

Simply, Dragon Ball FighterZ is one of the finest fighters made in the last couple of years. In mere minutes with the game’s release on other platforms, I was knee-deep in Dragon Ball fighting fury. With the game now hitting Nintendo Switch, I wasn’t sure if the game would hold my interest and delight in the same way. The answer to that is an assured yes. I'm not sure about the voodoo magic that Arc System Works has performed, but the Nintendo Switch version remains the instant classic it was before. Corners weren’t cut in this port, making it absolutely perfect for your Saiyan battles on the go.

Dragon Ball FighterZ sees you fighting in three-on-three combat situations. The brawl continues until all three members of one team are down for the count. The very design of matches makes fights a strategic and fun tug of war. It’s all about mixing a variation of simple and hard-hitting moves to send the opponent packing. Each of your three fighters has their own specific strengths and weaknesses, so swapping them in and out helps you stay ahead. The beauty of Dragon Ball FighterZ is that with simple combos, you can pull off some incredibly feats. Every round I play requires me to think on the fly, which stops the title from growing stale. 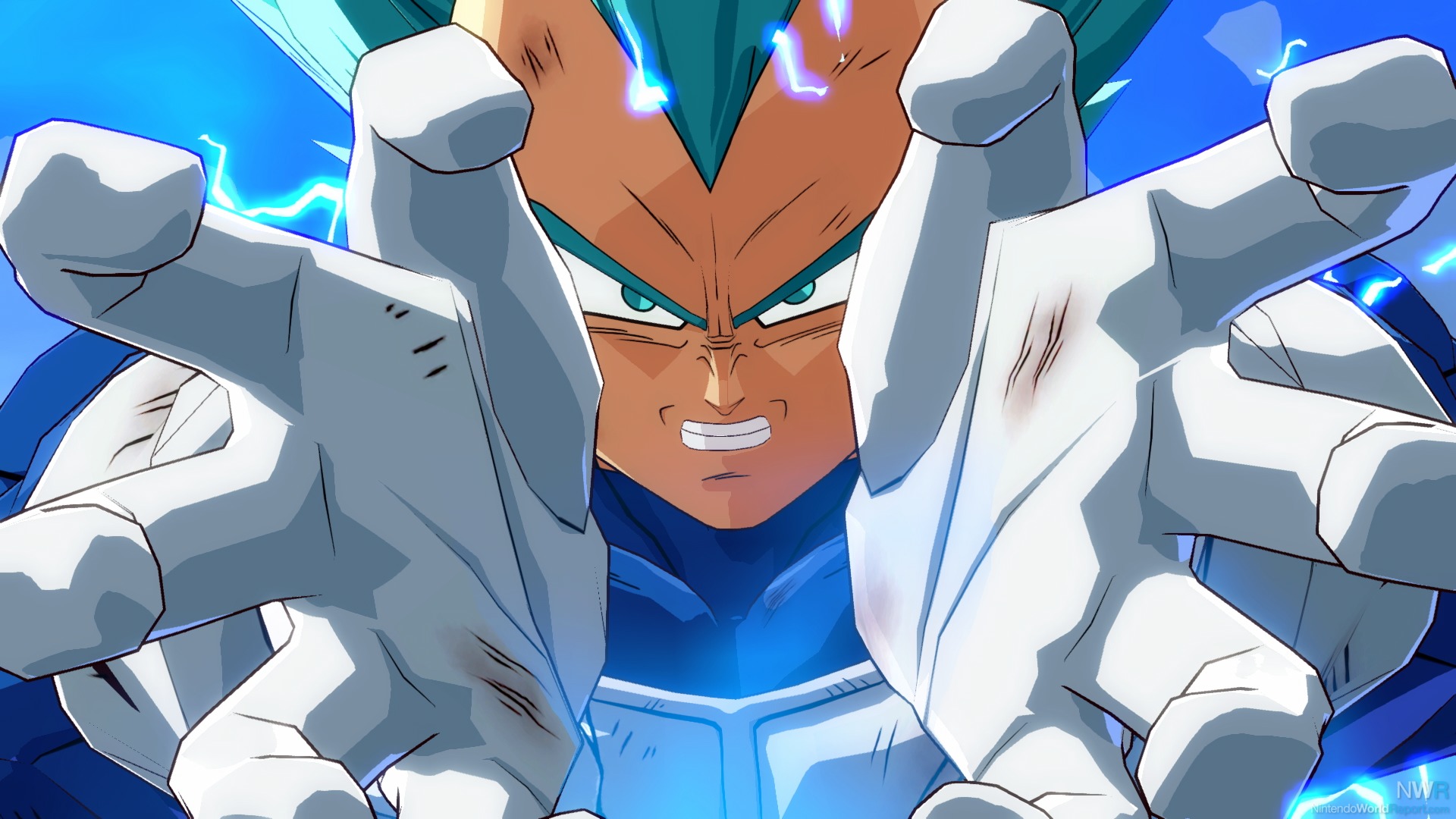 Unlike some other fighters, the amount of memory muscle required isn't as high. The ways you move the buttons and sticks are easier to understand than its direct competitors. There are special moves that you need to keep in mind, like dashing or the Ki Charge, but they are well placed across the various controller options. If you're playing with a young family member or someone who isn't keen on games, there is also a single Joy-Con option that places all the big attacks on the shoulder buttons. While this isn't my preferred way to play, I found it handy to pull out for those only in love with the anime.

Speaking of the anime, let's talk about the various modes available. One of my favorite elements in Dragon Ball FighterZ is the story mode. The mode, split across three chapters of a couple hours each, is an excellent way to get adjusting to the game. The first chapter is somewhat on the slower side, but this isn’t a major detriment. For your efforts, you are rewarded some jaw-droppingly awesome cut scenes that are guided by some proper voice work. Yes sure, the story can be somewhat grindy, but it is worth pulling through until the end. The only thing I would fix is increasing the difficulty just a tiny bit as it feels most players will go through it with absolute ease, also adding to the slower pacing.

Outside of the story mode, the 24 characters can be taken through a variety of other modes. You can battle endlessly in the dedicated Arcade Mode, play traditional one-on-one matches or create local Party Match rooms for up to six players. The traditional battles are my favorite way to learn characters as your options are more limited than usual. You can't really pull a character out if things become incredibly heated. My friends would do multiple rounds to really warm up for the main event, which proved fruitful in the long run. 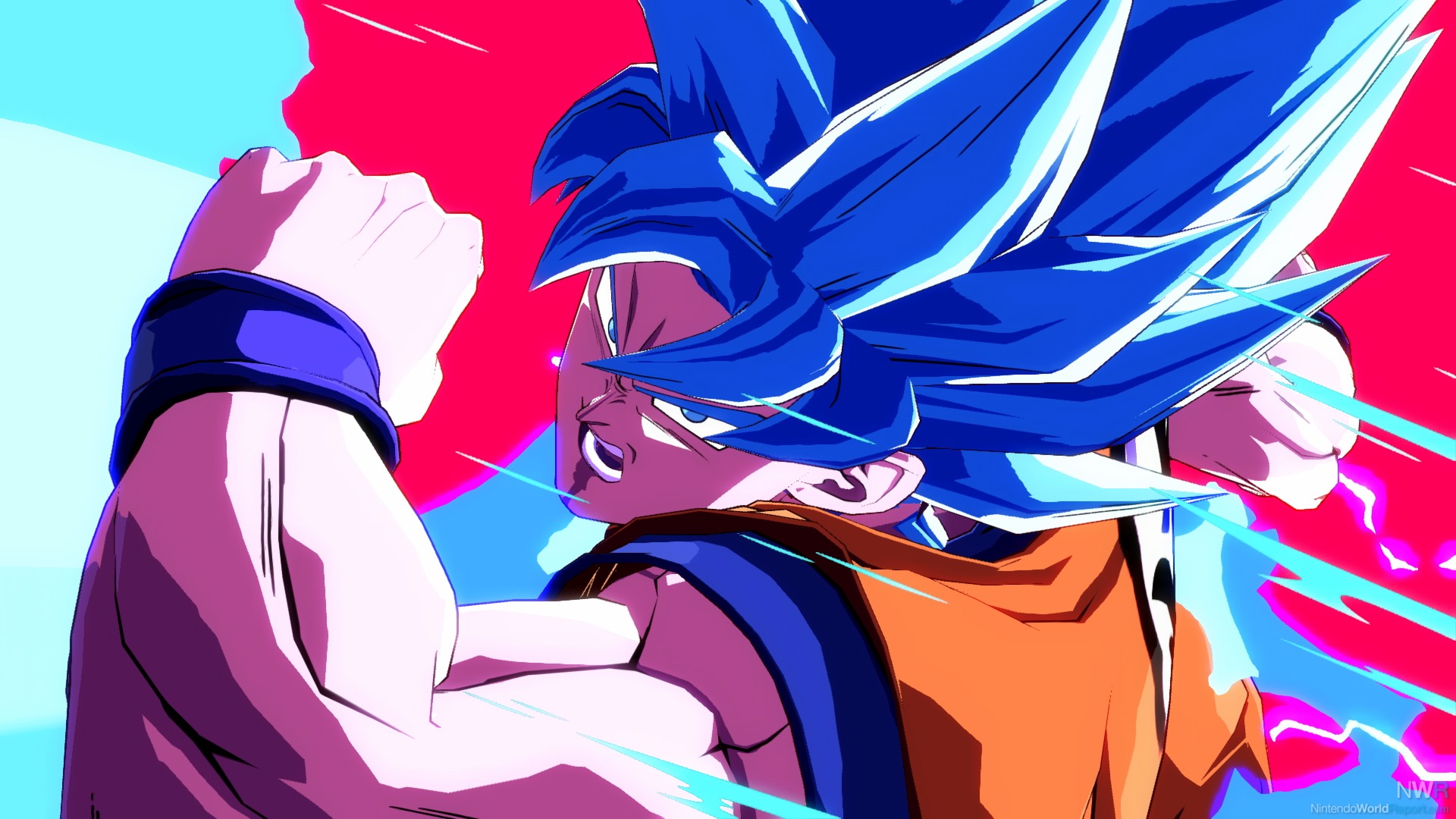 The online side is overwhelmingly great as well. Unlike some other games on Nintendo Switch, I experienced very little lag over the many matches that I played. The lobby system ensured that I could hop from match to match without any issues whatsoever. Casual, ranked, and party mode matches can all be played online and altered to your personal liking, which adds extra replayability even within the specific modes on offer. It helps that it is fairly easy to navigate through, ensuring that you find the options you need.

Dragon Ball FighterZ runs barely without a hitch on Nintendo Switch. The battles mostly run at a full 60 frames per second, which ensures the brisk fighting experience from the other versions. The backgrounds aren't as grand as on other versions, but the camera angles and explosive environmental pieces hold up their end of bargain. The loading times can be a bit long, particularly in handheld mode, but that is something I take for granted. Dragon Ball FighterZ remains so colorful otherwise that I can't help but be impressed. Throw in the high quality music and voice acting, and you have a truly thrilling title to behold.

Dragon Ball FighterZ remains a winner on Nintendo Switch. The game plays fantastically and is fun for both the fighting novice learning the ins and outs and the expert. From casual options that you play with a Joy-Con to online ranked modes that run without too much lag, this title has everything you want out of a fighting game. 24 iconic characters bring a fun variety of moves to the table that thrilled me every time I played. In addition, the game has been extremely well optimized for Nintendo Switch. It runs smoothly at 60 frames per second and is graphically even a bit comparable to the other versions. It is clear that the developers took their time, which is fantastic to see.