Jettomero is a really simple game, you control the titular giant robot created by humanity to defend it from aliens. Unfortunately for his beloved humans, he’s not particularly adroit at manipulating his towering body. Lumbering his way from one planet to the next, one star system to the next, Jettomero is out to bring safety to each world he encounters. The problem is that Jettomero is just too simple of a game, and what’s there isn’t compelling anyway. 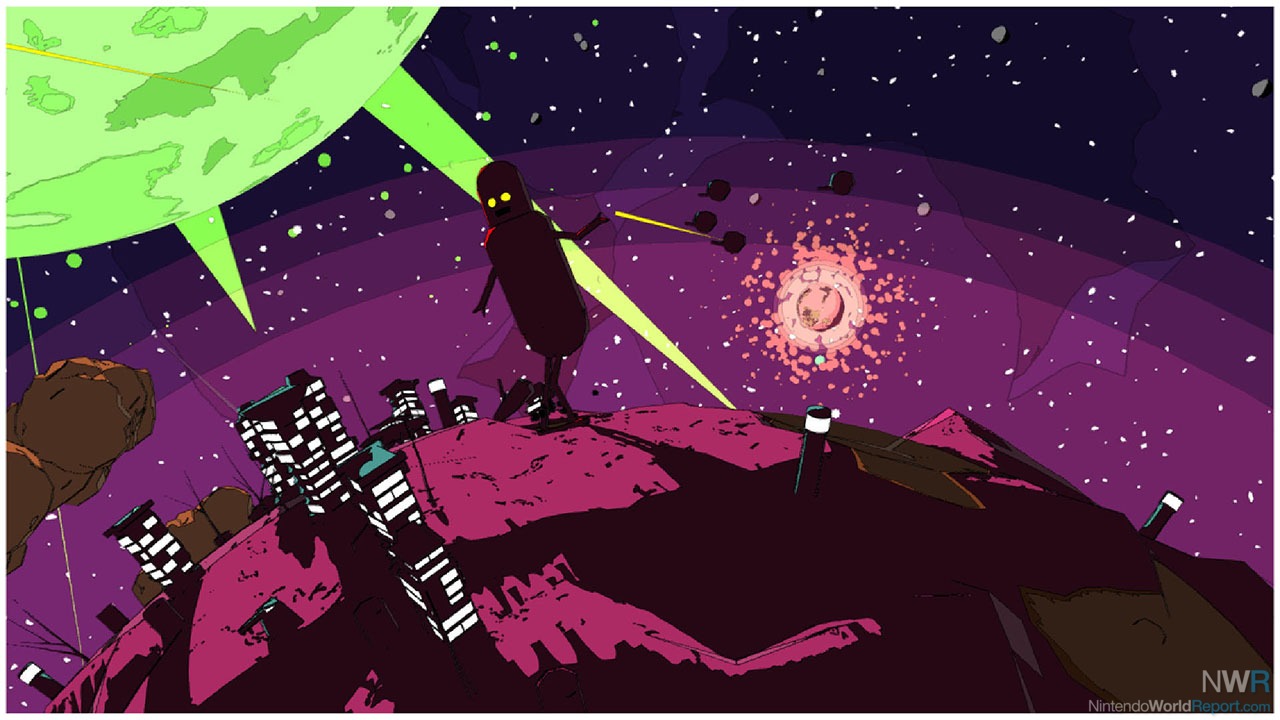 Controlling a lumbering robot, awkwardly striding over spherical worlds dotted with buildings could be fun. Of course, the physics of a giant robot being attacked like Gulliver washed up on Lilliput are always going to be gangly, and that’s a big part of the game’s core design, but it just isn’t fun. Avoiding damage to cities isn’t rewarded, and exploring the planet yields only the pellets of fuel necessary to lift off for your next voyage and changes to the appearance of your towering robot. Jettomero himself is actually invincible, meaning there is nothing to actively resist you beyond the physics.

On some worlds you’ll stumble across a likewise giant monster, and “protect” the humans by fighting them in an utterly tedious quicktime event fight. I struggle to think of a way to represent giant kaiju battles in a less exciting way, and the speed it expects you to execute them in the late game ensures you’re only going to succeed in an encounter because you luck into easy patterns. Earnestly, a text adventure kaiju fight would have been more exciting. Your reward for killing these monsters are encoded messages that you crack using ciphers to get more of the story of the humans, aliens, and this giant red robot. 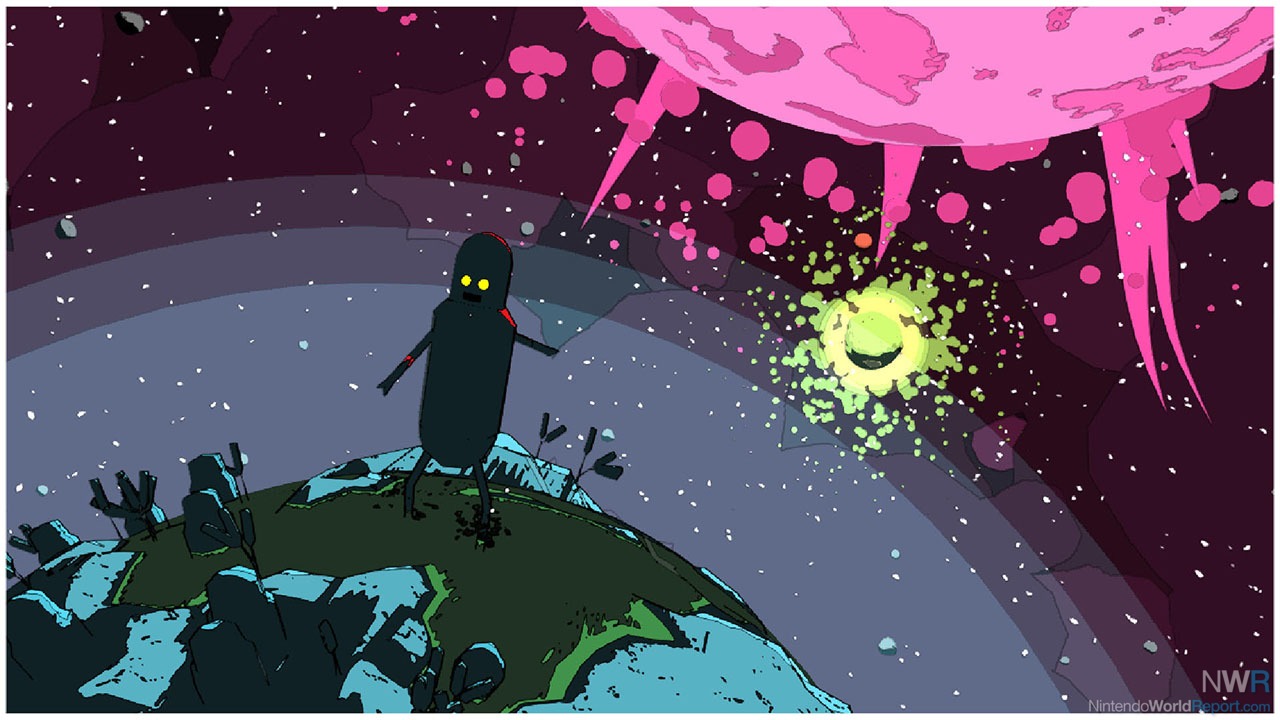 How are you supposed to keep humans safe with this view?

Jettomero has a nice, colorful look. It gives space a Saturday Morning cartoon-like charm. It would be nice if it were easier to look at, with the exception of the time you soar through space between planets, the camera is overhead. When stomping over these spheroid worlds, there’s really only one orientation that lets you see where you’re going, and avoid human casualties. It is the exact opposite of the default, so it requires adjustment on every landing, and constant maintenance as you trudge along the world. Even the cosmetic collectibles are victim to the camera, since most of them don’t show up well due to the angle. 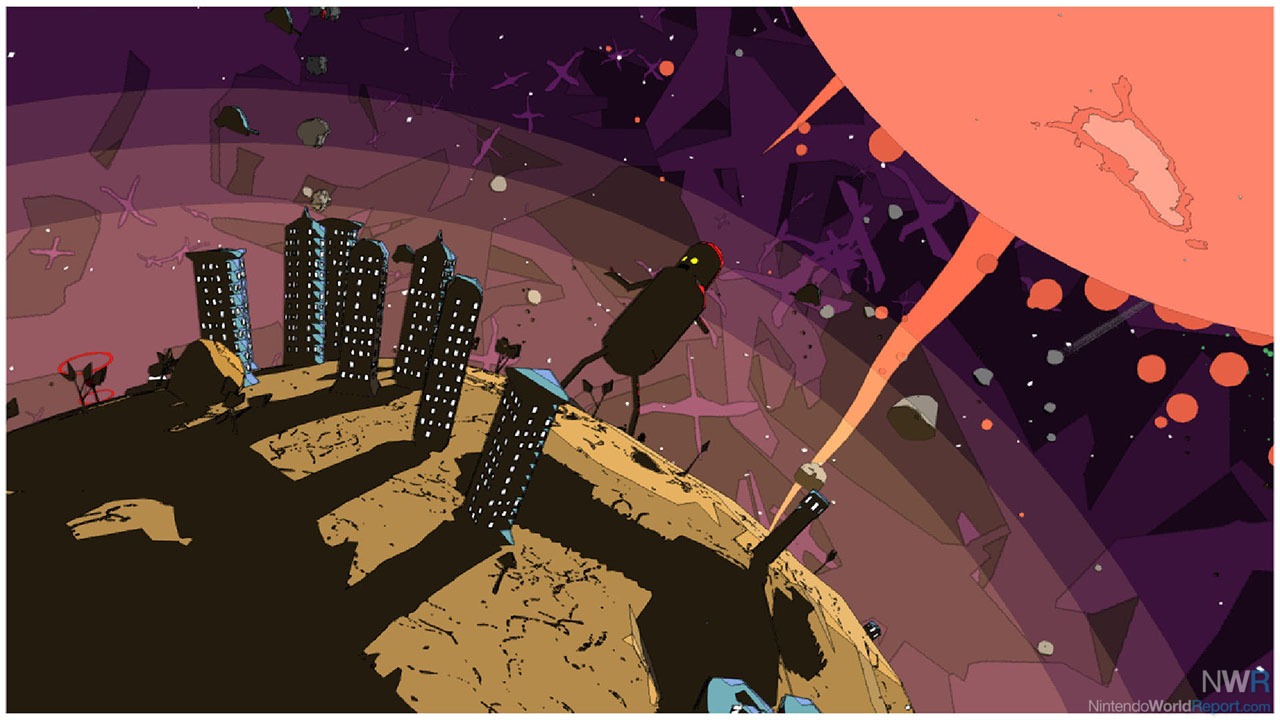 Did I use this image already? Nope, it always looks like this.

Jettomero looks neat, and I’m always down for giant robot battles. However, within 20 minutes every wrinkle it has up its sleeve is shown, right up until the anticlimactic conclusion. This means an additional two hours of rocketing between worlds, stomping about, and quicktime eventing through giant monsters. If avoiding damage to civilians had some material impact, or if Jettomero was ever in peril, or if the story had any fun bits, or if the boss fights took the form of anything other than QTEs then Jettomero might be worth a look. At best, it’s a neat physics toy, watching our giant protector get knocked about by gravity and his tiny wards, but as a game it’s lacking in substance to go with all this style.