I’d rather stay in bed.

It’s exciting to see a game mix two genres you didn’t think could go together, and Rise and Shine tries to be a union of puzzle platformers and bullet-hell. The 2D side-scrolling levels are filled with quick-moving enemies that fire barrages of lasers and bullets for you to avoid or intercept, and the visuals are detailed and filled with enough personality that a quick glance leaves a decent first impression. Sitting down to play is a different story; Rise and Shine hasn’t so much mixed genres as made a mixtape that jumps between genres without thinking. 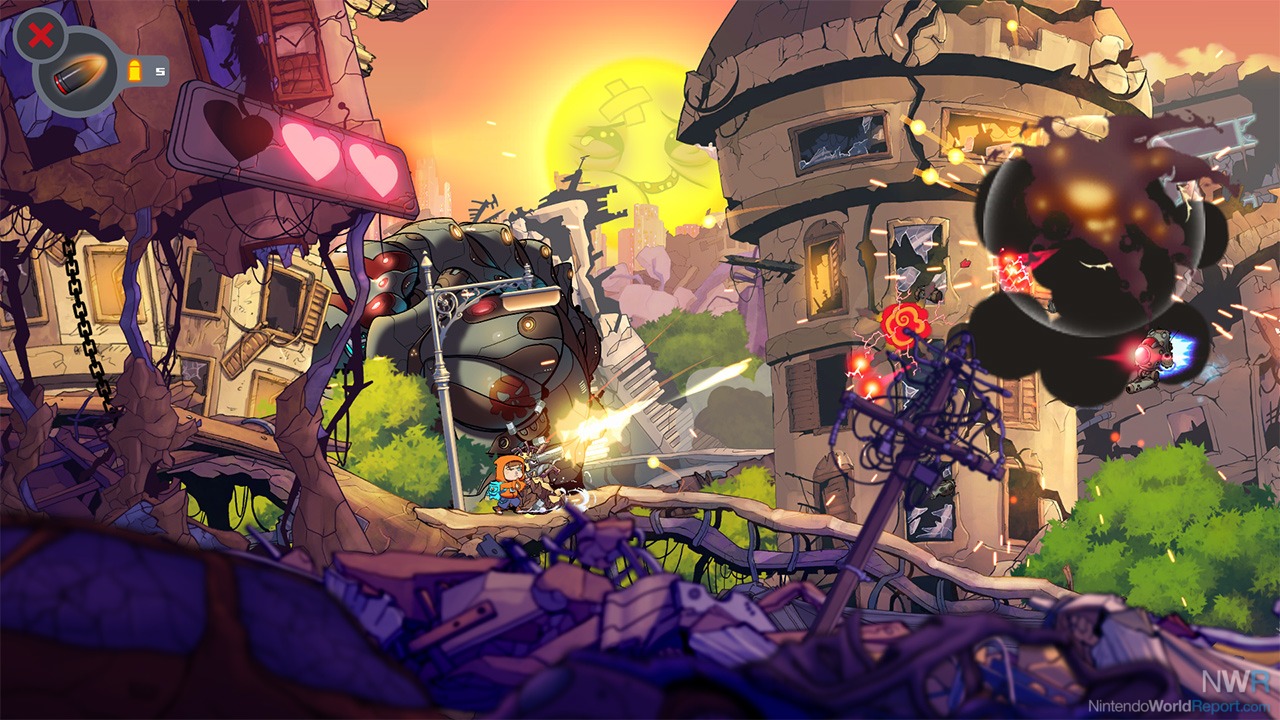 The game takes place on Gamearth, a world lined wall-to-wall with cameos from legally distinct versions of classic video game characters. Our heroes are a young boy named Rise and his sentient gun, Shine - whose primary traits are giving his user infinite respawns and pointing out how cliche all the video game tropes at play are. The dialogue is mostly made up of names and phrases you’ll recognize from your favorite video games, and the main plot is what you’d expect from a generic fake video game that gets played by teenagers in a sitcom. Shine himself is quick to mock those tropes, but that doesn’t make it any more entertaining to listen to characters talk about finding “the Ultimate Weapon” so that you can “defeat the Space Grunts.”

The right analog stick's 360-degree aiming is the centerpiece of gameplay. The visible space on the screen is huge, so you’ll usually be shooting at targets several yards away from Rise. A short laser sight and a reticle placed over your current target keep things reasonable, but given the high amount of precision expected to land your shots, the controls are frustrating and inconsistent. Firing is quick and packs a satisfying punch, but with no aim-assist at all it’s difficult - if not impossible - to reliably predict the angle of your shot without slowing your pace so much that the bullet-hell starts to overwhelm. Unless you’re a human protractor, you'll beat the short campaign long before you can predict the angle of your shots.

Simple navigation sections for your slow-moving remote-control bullet item are the closest thing Rise and Shine has to consistent puzzles. They’re inoffensive, but not at all thought provoking. More straightforward puzzles like flipping the right switches to open the right doors can be found, but they’re spread so thin through the game that they feel more like an afterthought. In any other game they wouldn’t be worth mentioning, but since Rise and Shine specifically bills itself as a puzzle game they feel disappointing and half-baked. 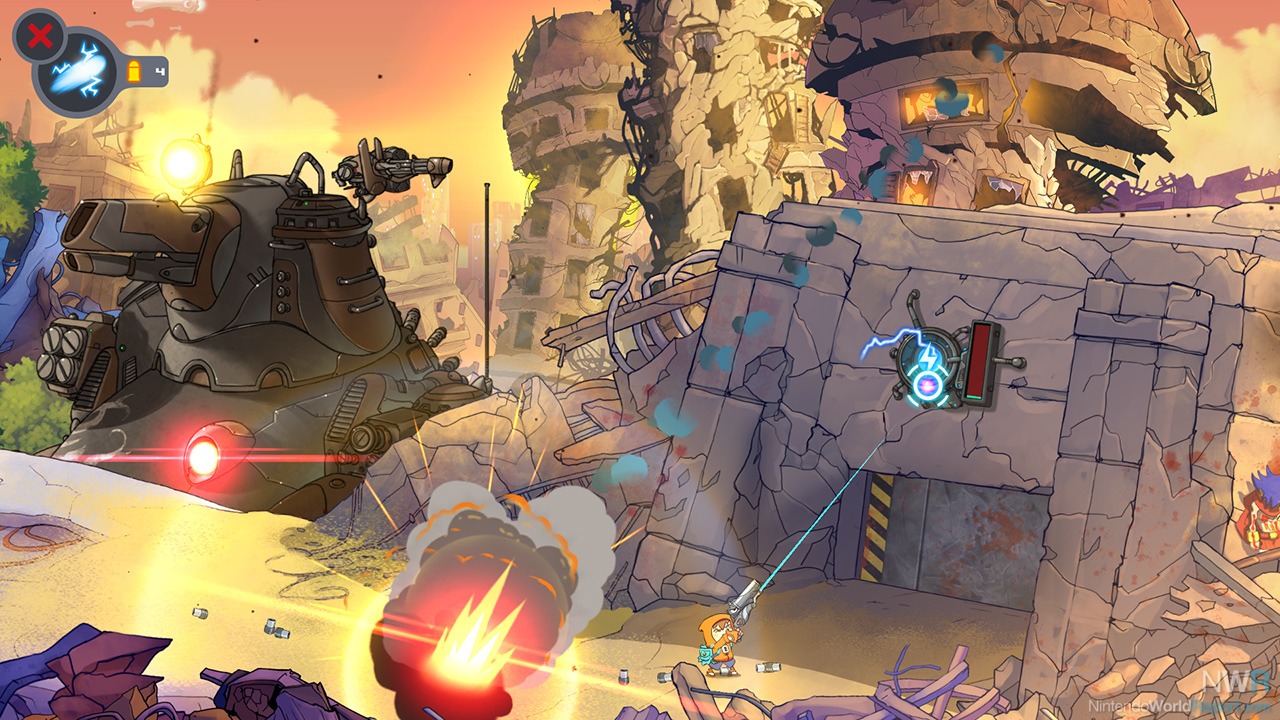 Aesthetically, Rise and Shine is completely at odds with itself. Carefully detailed character art is undermined by a camera that’s zoomed out so far it’s difficult to tell the difference between enemies. The gorgeous and atmospheric soundtrack feels like it was written by a composer who didn’t know their songs would be accompanying the dog from Duck Hunt laughing at the minor inconvenience he causes the player. The mismatched aesthetics represent a common thread that runs through every aspect of the game: no features are really bad on their own, but they all feel like they were made independently without thinking about how they fit together.

When everything is put together, Rise and Shine is incohesive, and no aspect of it is compelling enough in its own right to make the game more than the sum of its parts. It probably isn’t a waste of an afternoon to play Rise and Shine, but it's probably better to do anything else instead.